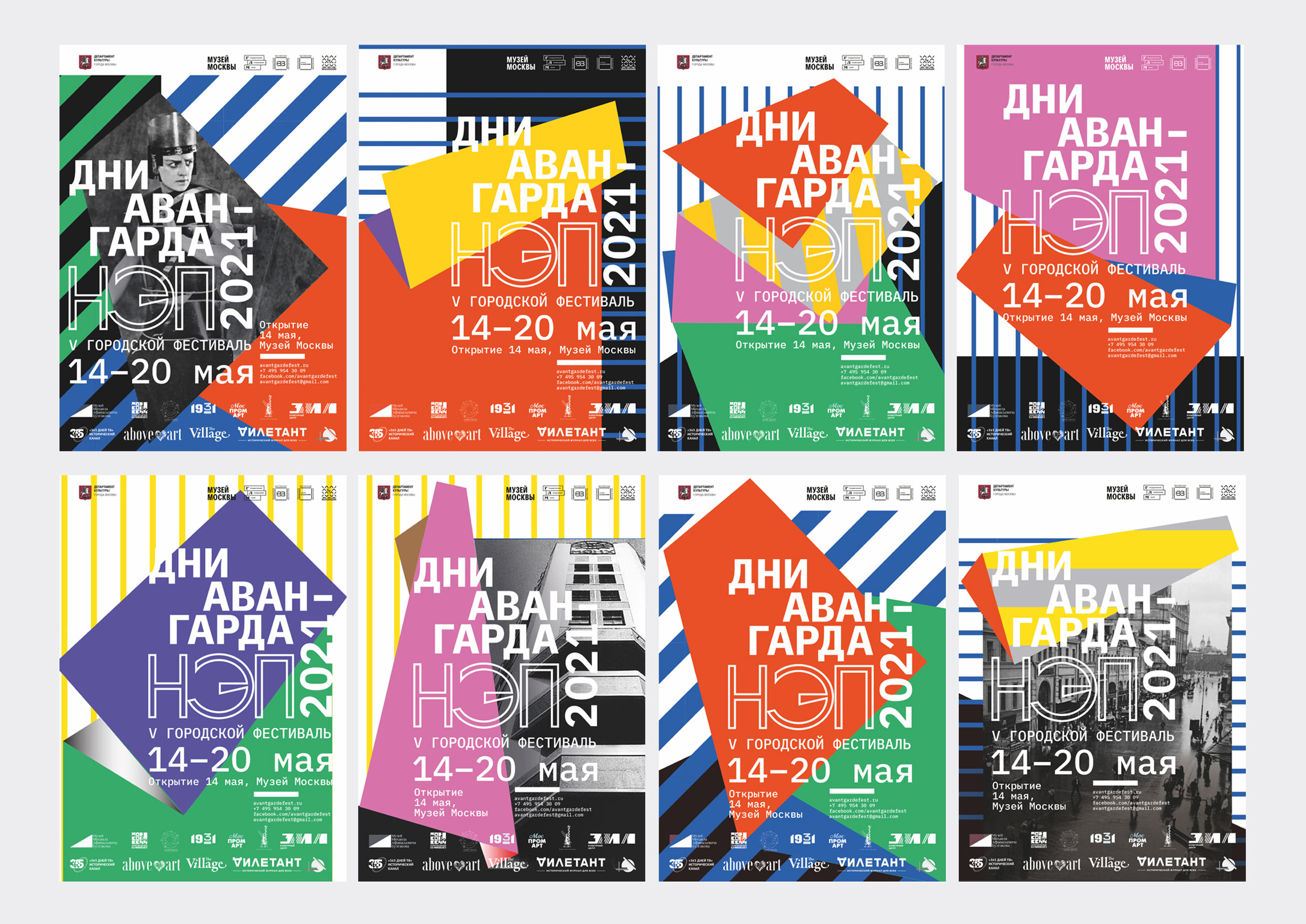 Days of Avant-Garde is an annual citywide festival held in Moscow. The event is devoted to Russian avant-garde, one of the most significant trends in the culture of the 20th century. The festival offers visitors day and night tours, lectures, workshops, concerts, art markets, exhibitions, film screenings and performances highlighting the legacy of this artistic trend of the 1920s.
In 2021 the main theme of the festival was the 100th anniversary of the New Economic Policy introduction in 1921.
The New Economic Policy (NEP) was an economic policy of the Soviet Union introduced as a temporary measure to rebuild the devastated economy of the country. The NEP represented a more market-oriented economic policy which allowed private individuals to own small and medium sized enterprises.
We were invited to design the festival’s new visual identity and branding. The main goal was to get rid of visual stereotypes and cliches clichés associated with the avant-garde and attract younger and broader audience not familiar with this art movement.
One of the most important tasks was to create the design that would be easily applicable on any media, both printed and digital.
The polyphony of the Soviet Roaring Twenties, has left us a rich intellectual and cultural legacy that the following difficult years and political events could not destroy.
The NEP period was a heyday of arts and a short period of cultural revival. It is characterised by the flourishing of commerce, fashion, cinema, theater, literature, architecture, graphic and product design, all kinds of advertising forms (posters, labels, flyers, postcards, packaging, wrapping paper, etc.) Thus, the identity’s visual metaphor refers to the image of a sheet of paper folded in a variety of ways. 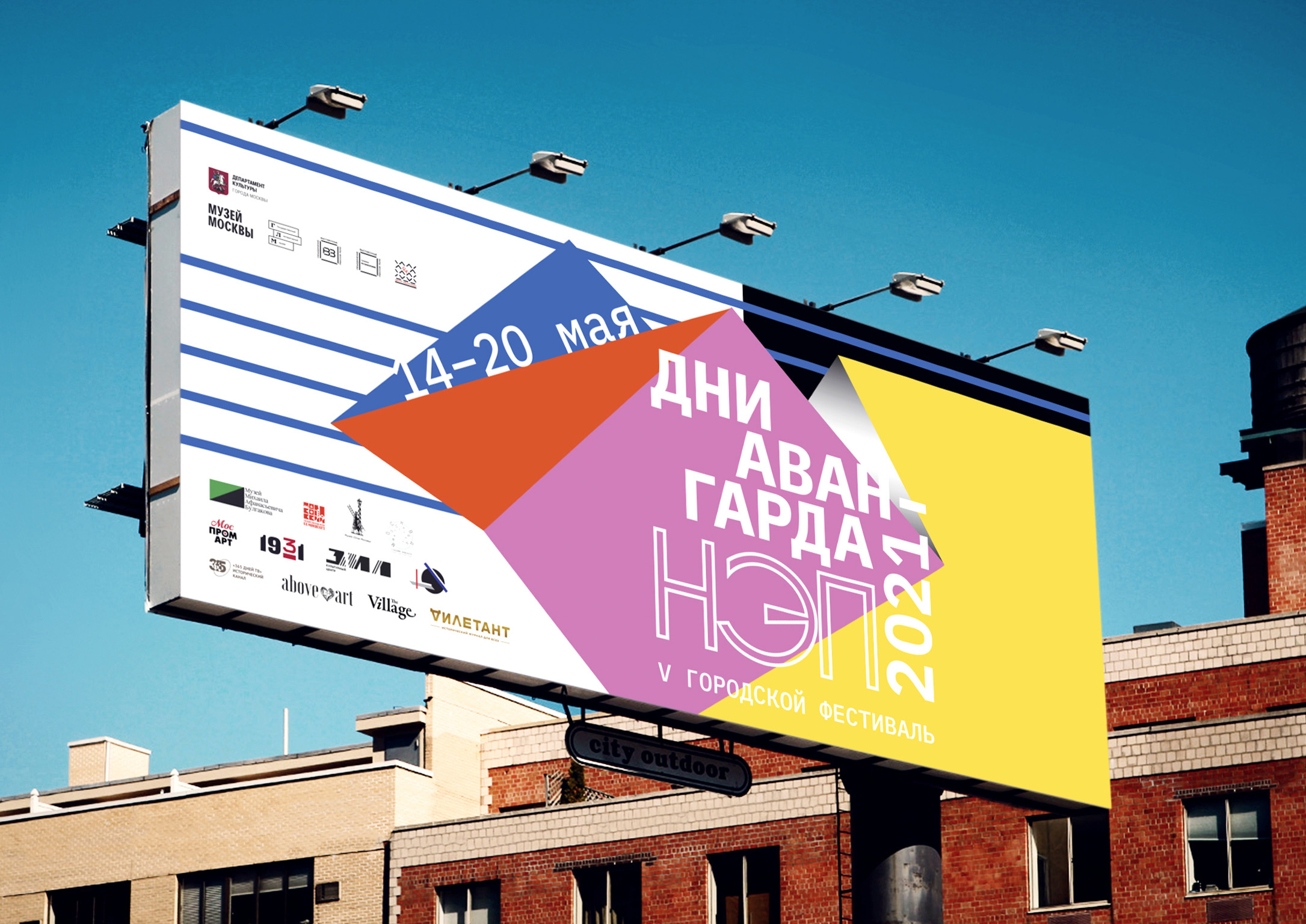 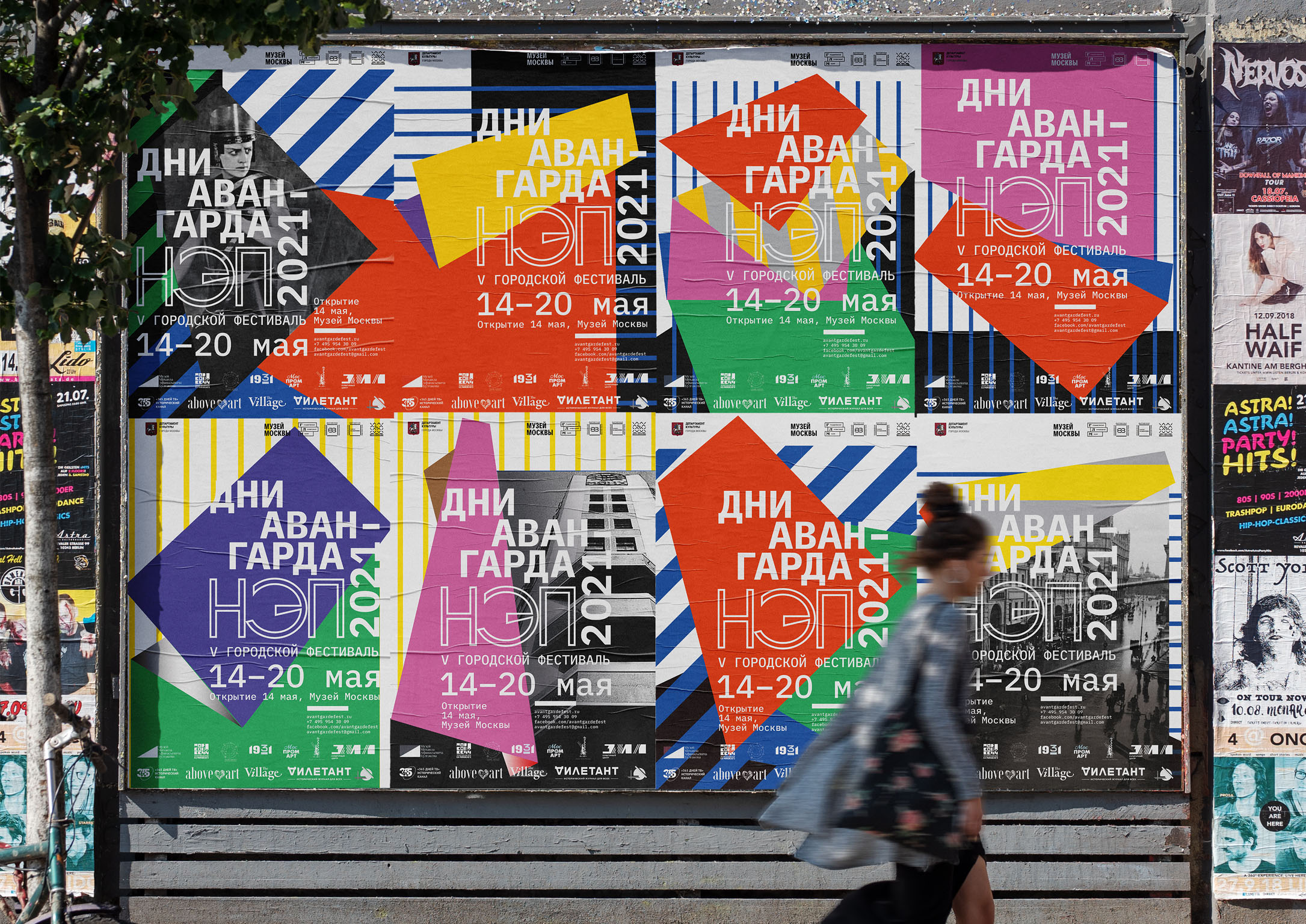 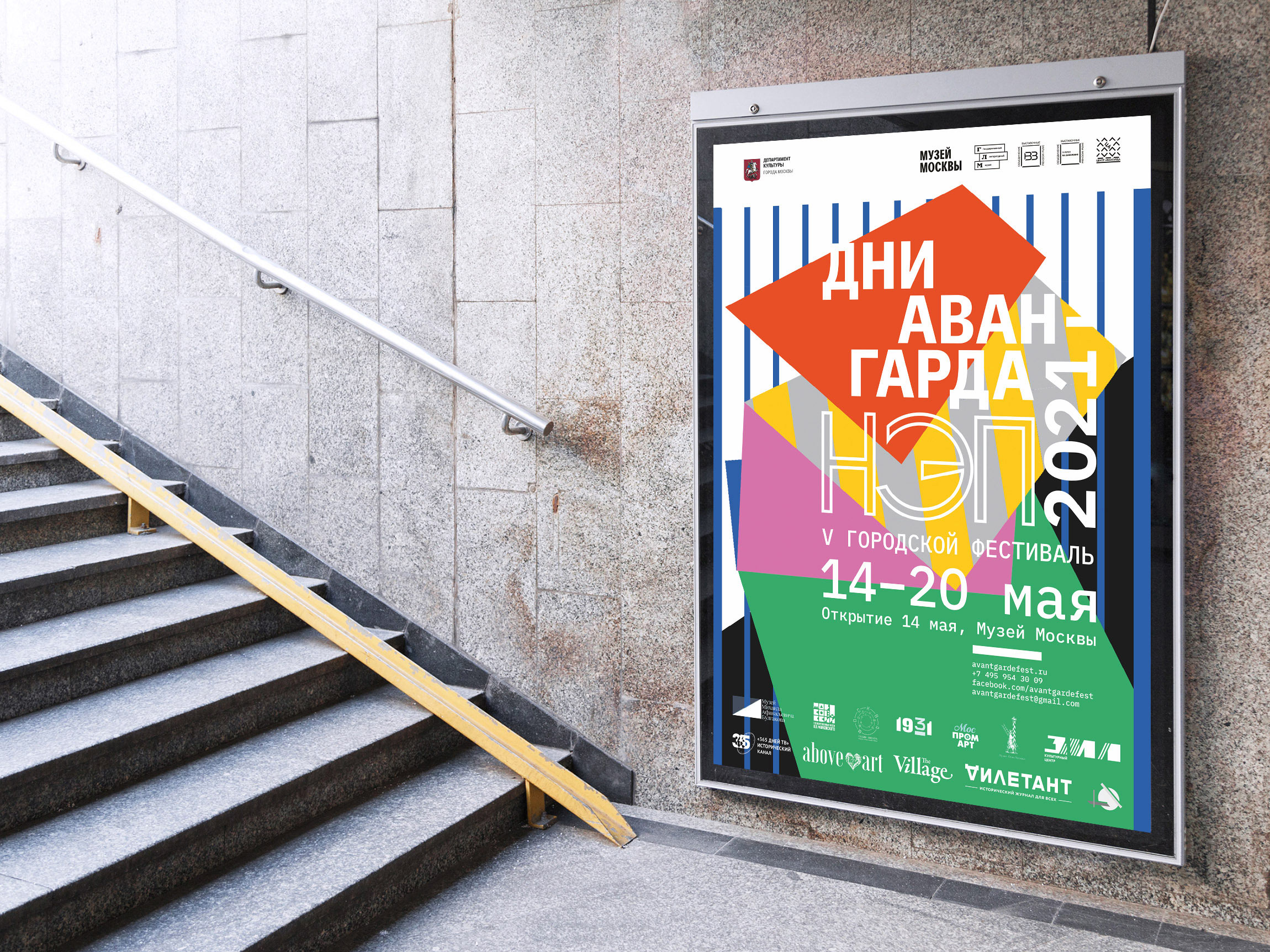 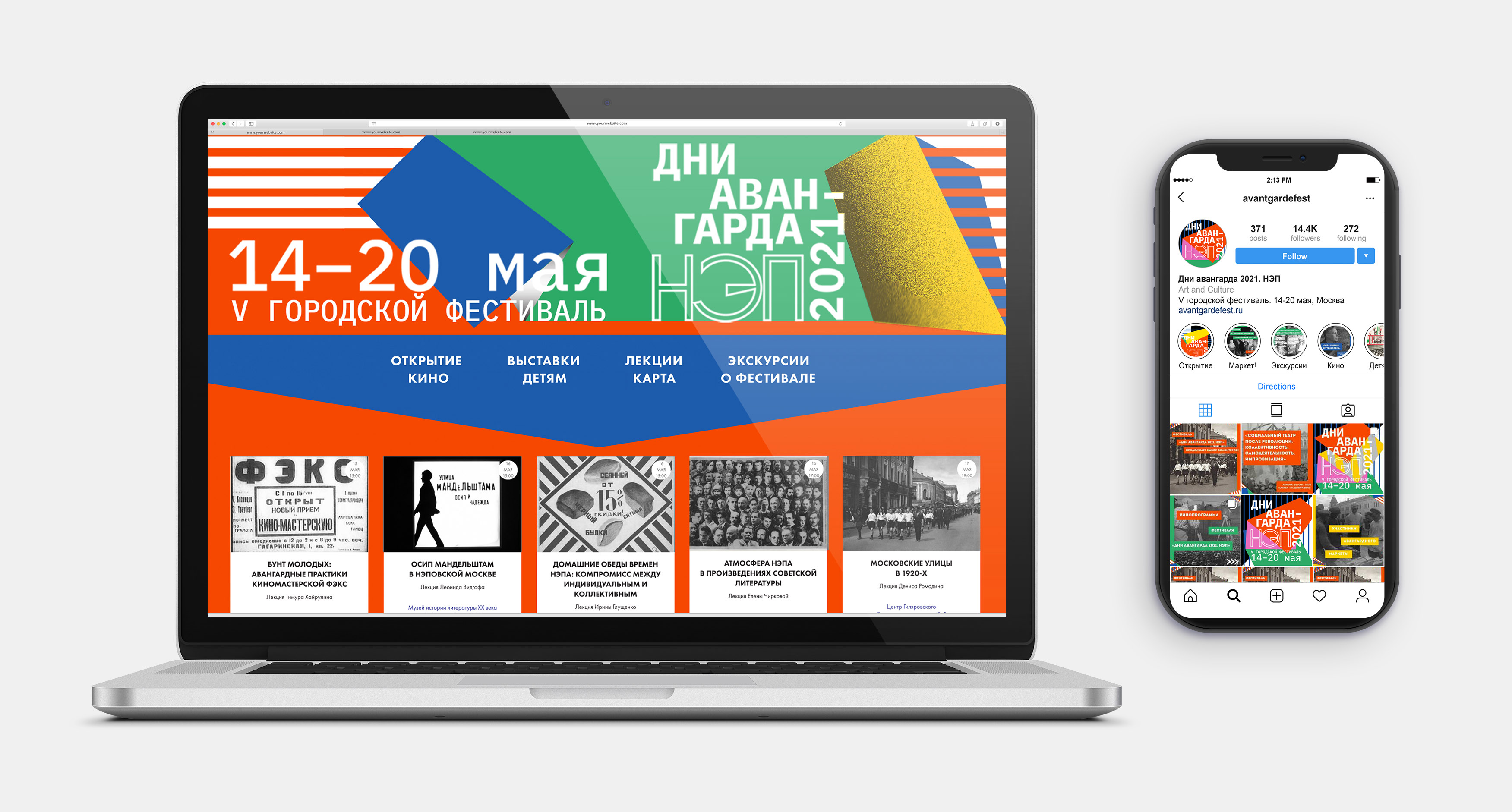 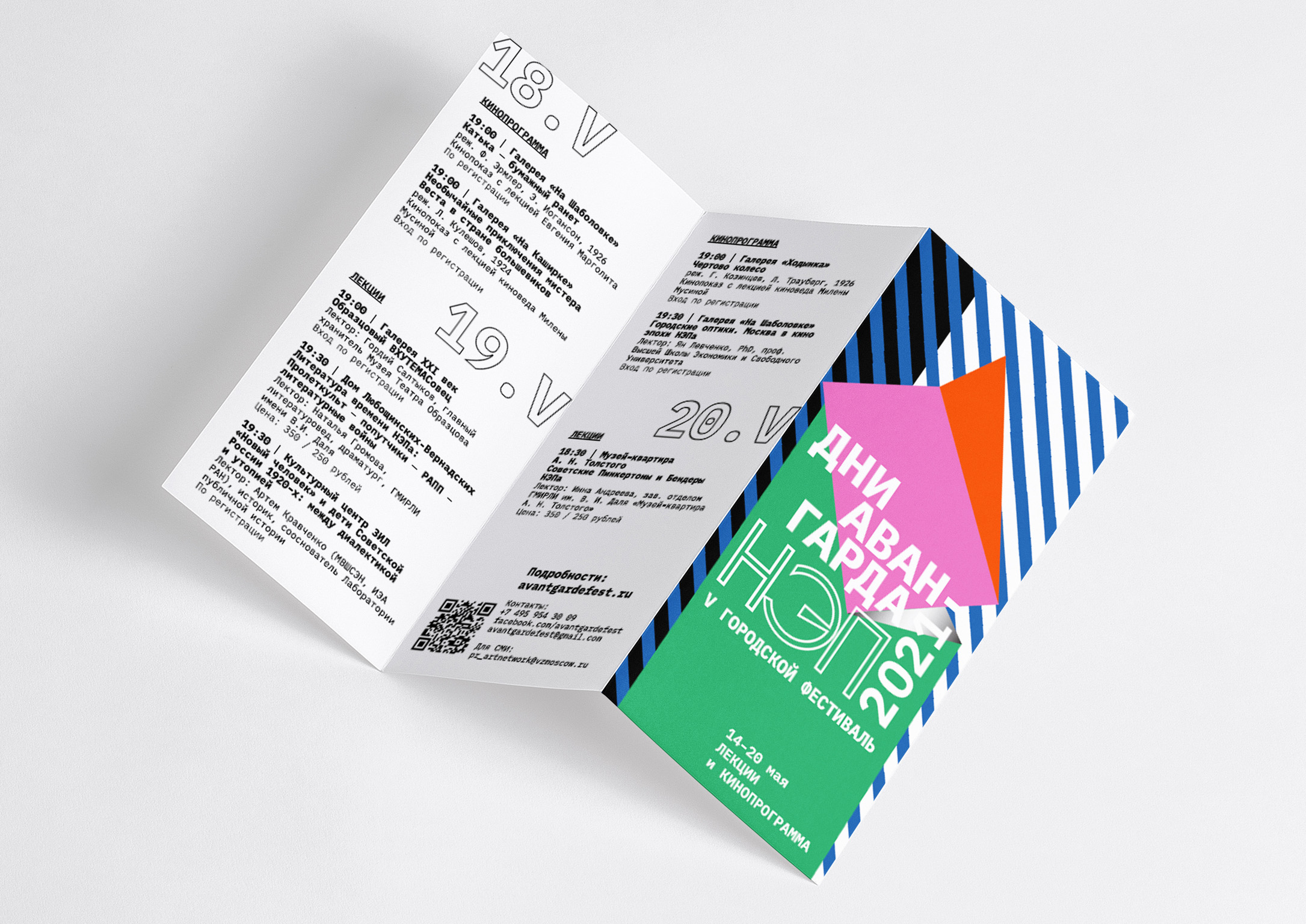 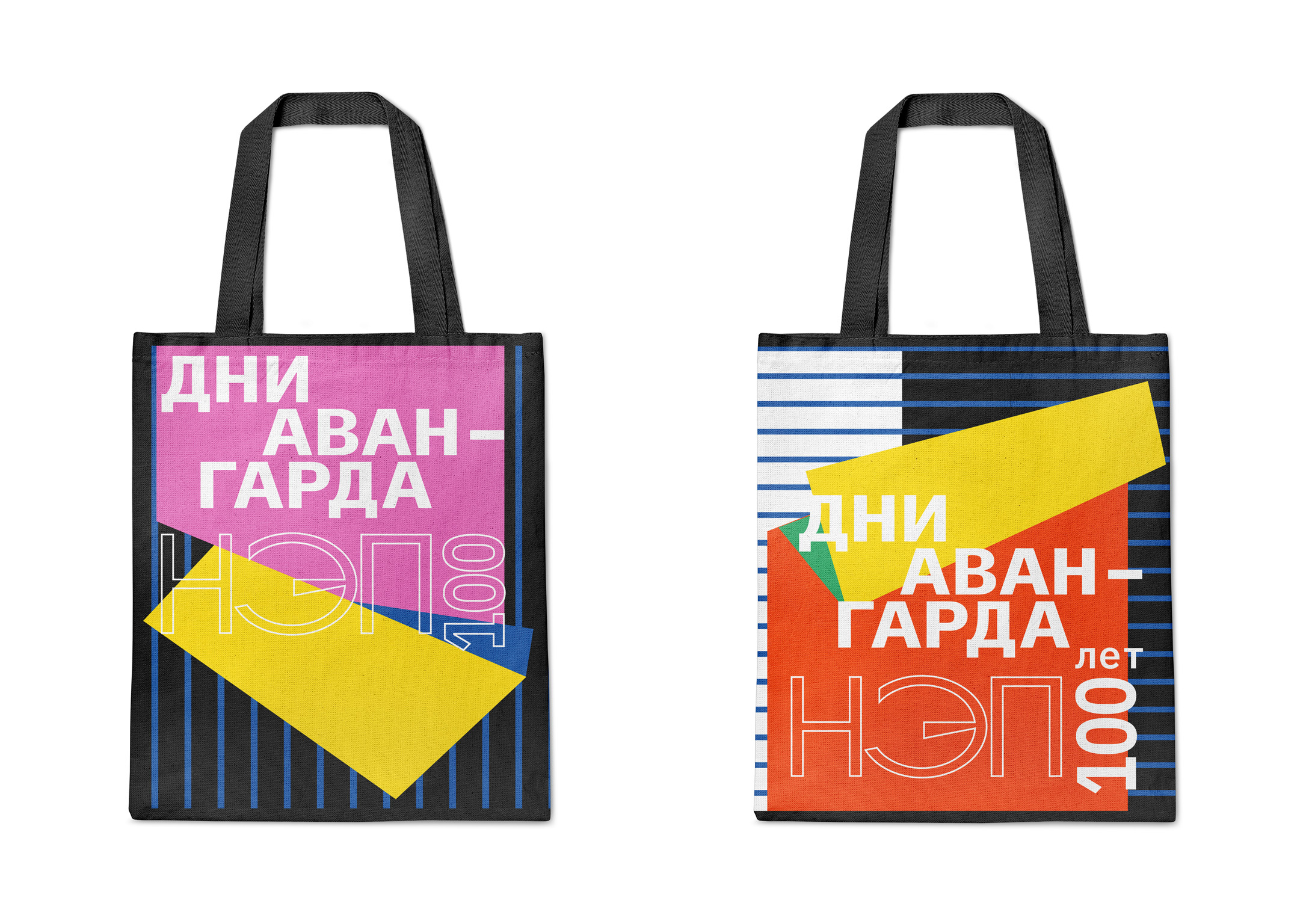 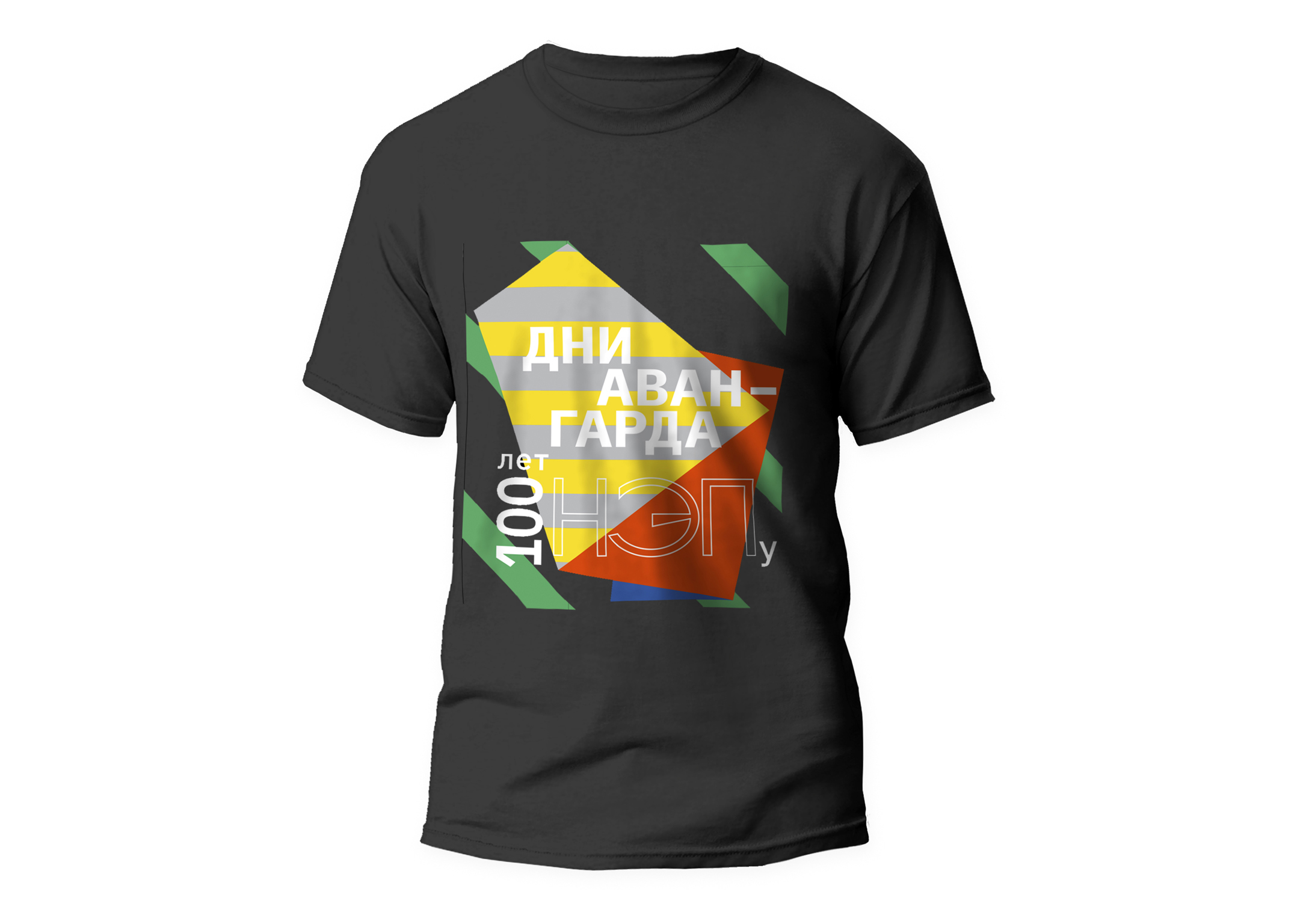 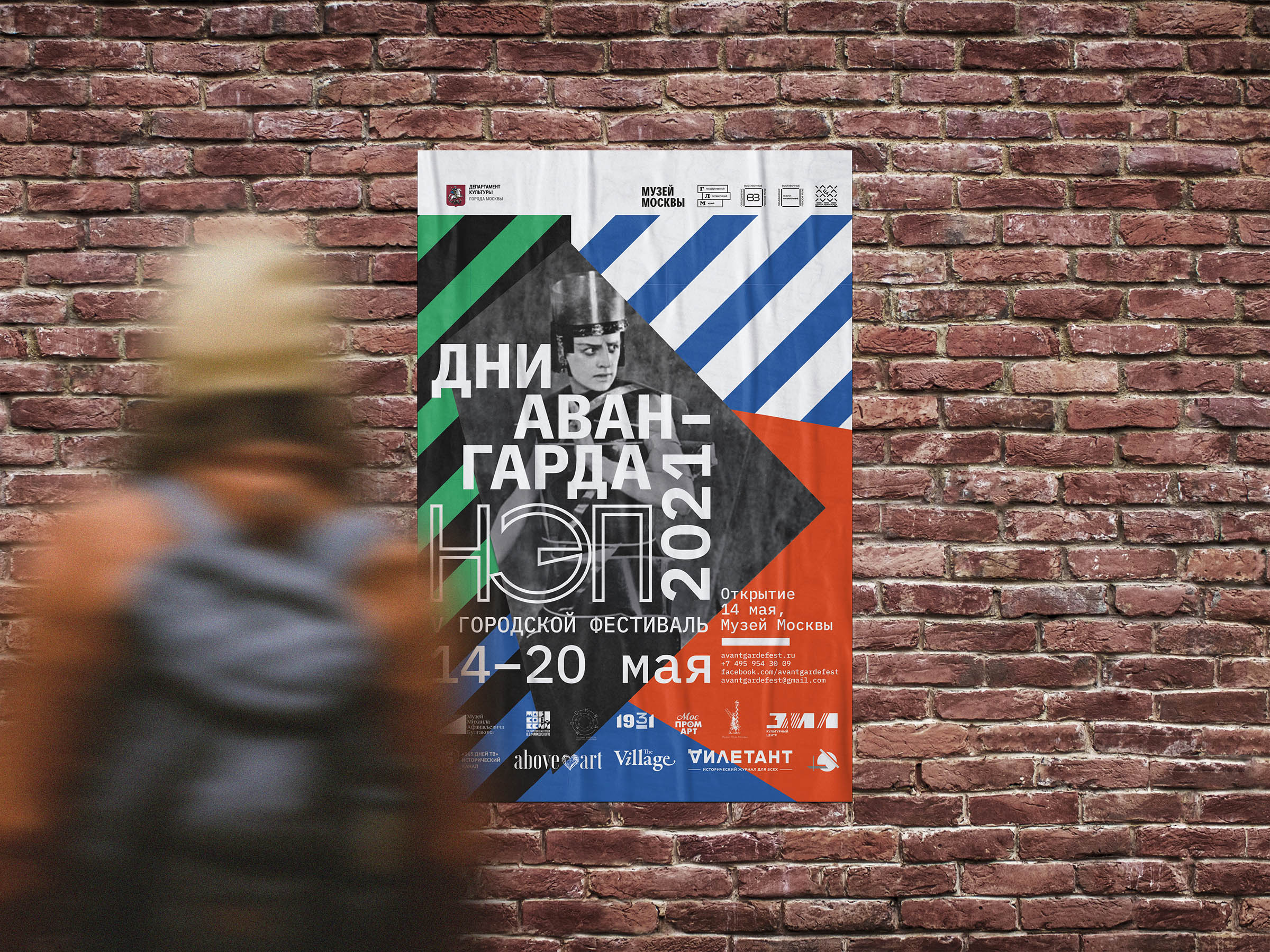