Crazy Identity for a Chain of Trade-in Stores in Russia 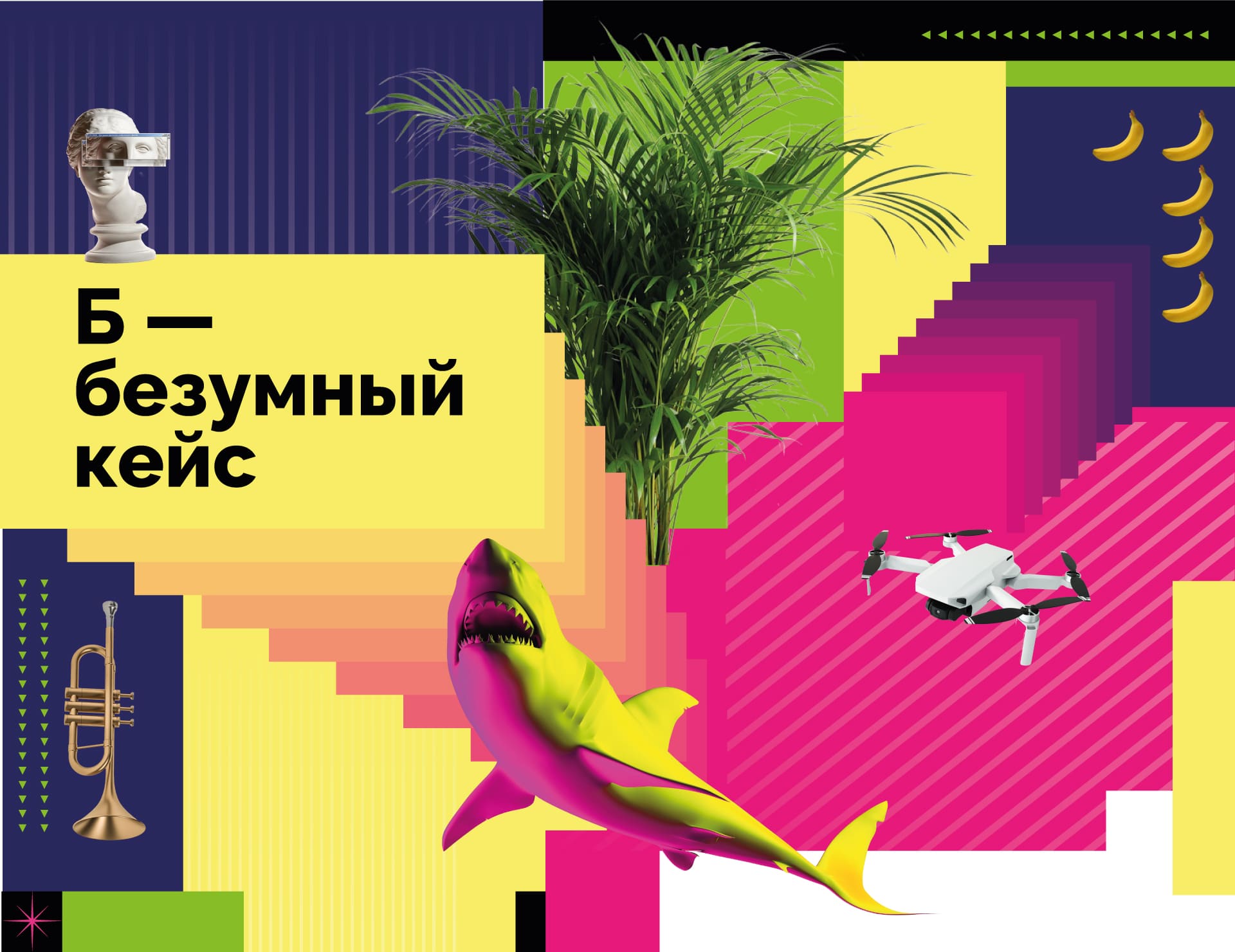 A team from Togliatti (Russia) decided to launch a new business format — a chain of trade-in stores under the brand name Plan B.

The name reflects the idea of the brand: “You don’t have to play by the rules of big retailers. There is always a Plan B that will help out!” Our task was to create a logo and corporate identity for the new brand.

An oppositionist or a newcomer

Plan B — is the first chain with unique trade-in conditions. One of the emotional benefits of the brand was the freedom without limitations, the ability to not adjust to a prepared scheme, but to decide for yourself how to act.

In addition, the terms of trade-in network Plan B are simple and clear. In this way the brand gives buyers a sense of their rationality and intelligence — as opposed to a sense of naivety, which can be caused by relationships with big brands.

Plan B is not afraid to play with the big players in the industry. It is in its nature to compete, to challenge, to be in opposition. These meanings became the main ones in the brand platform. And they also set the vector for the creative ideas.

How we created thrash identity

It was clear from the start that we would have to develop many elements of the identity and mix them intelligently to make an effect.

We chose four corporate colors and created stepped gradients. We made a steady and brutal capital letter B as a sign. It is a formative element in the design and a semantic one in the communications.

Communicating with the client’s team during the project, we decided that the brand character should be … a shark! It would let the competitors know not to underestimate the daring newcomer, and would be another recognizable image for the audience, untypical for the industry. Slogans created according to a single principle became a necessary element of the corporate style.

So, we had a giant letter B, a pink and yellow shark, four signature colors, and a lot of different objects that catch the eye due to the absurdity of the combinations. As well as additional graphics and slogans.

As a result, we built the corporate identity on a combination of several components. The first and second layers are strictly regulated. The third layer can be infinitely filled with different objects. Such objects in each layout are expected from three to seven.
On the one hand, such an identity carries rational messages; on the other hand, it reflects the nature of the brand and sets its communications in a catchy, bright, memorable style.

The degree of thrash can be adjusted by mixing different amounts of components into the design of communication materials. The principle of corporate identity allows the brand to work with different media, remaining recognizable at any point of contact. 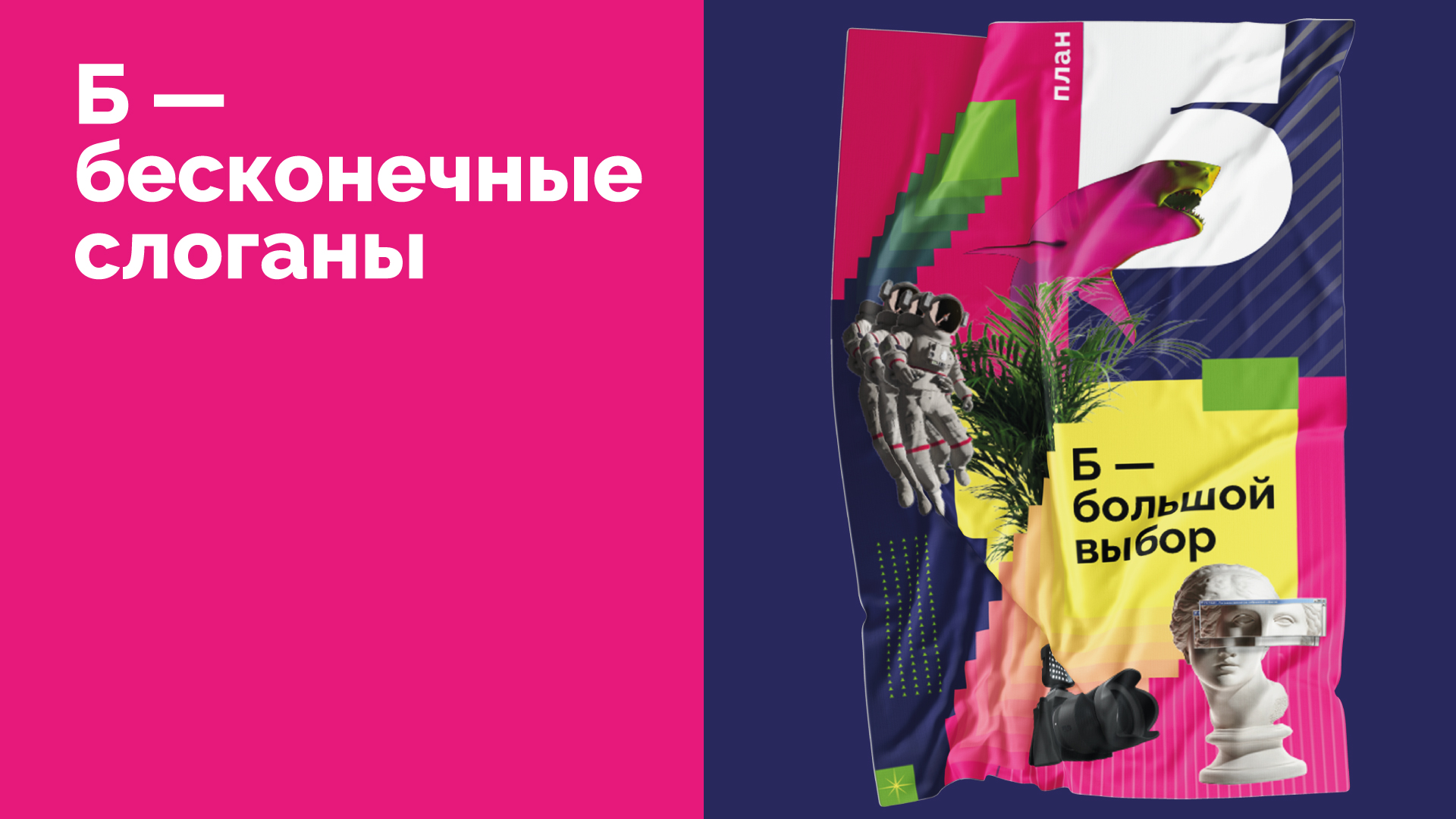 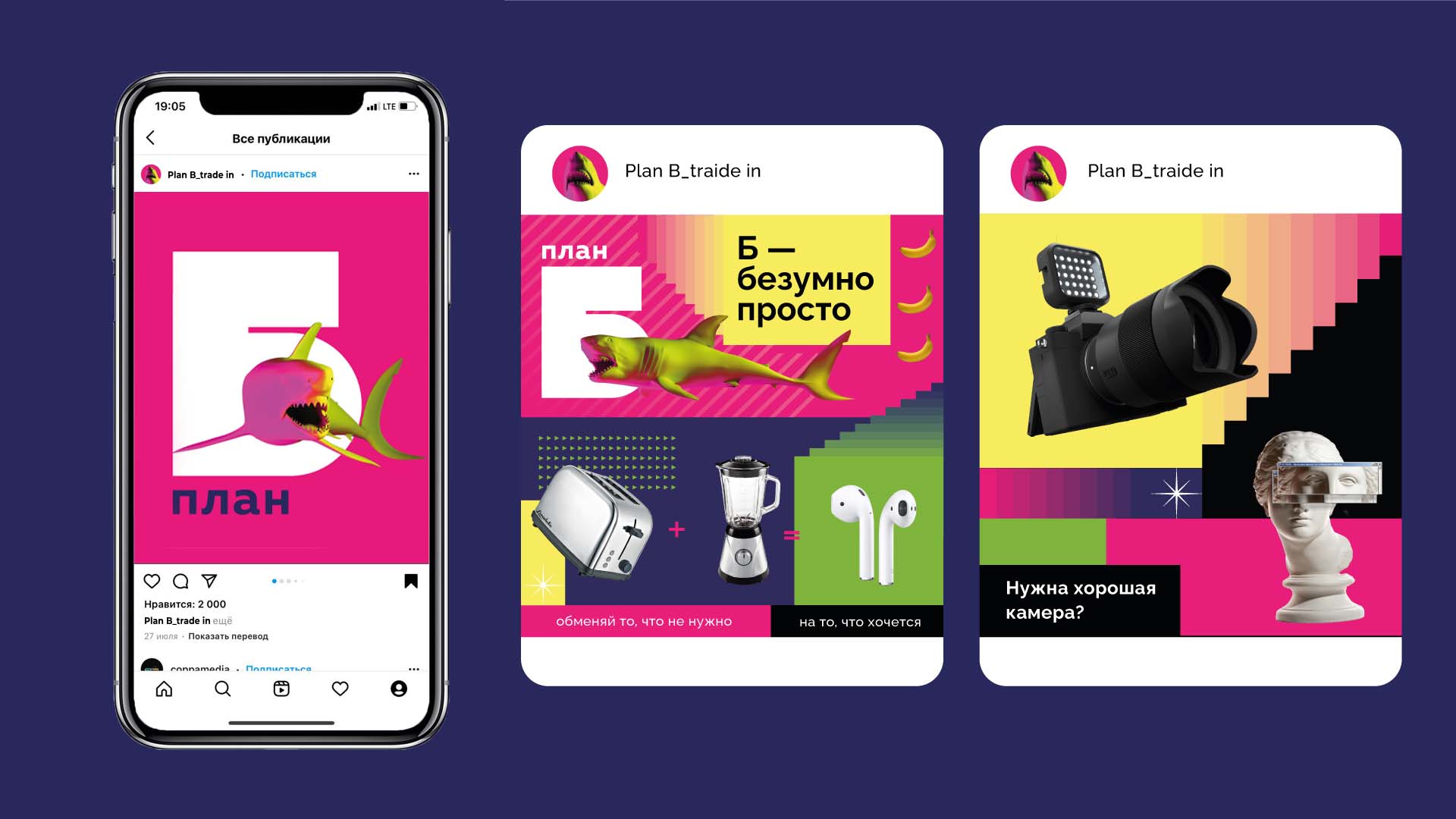 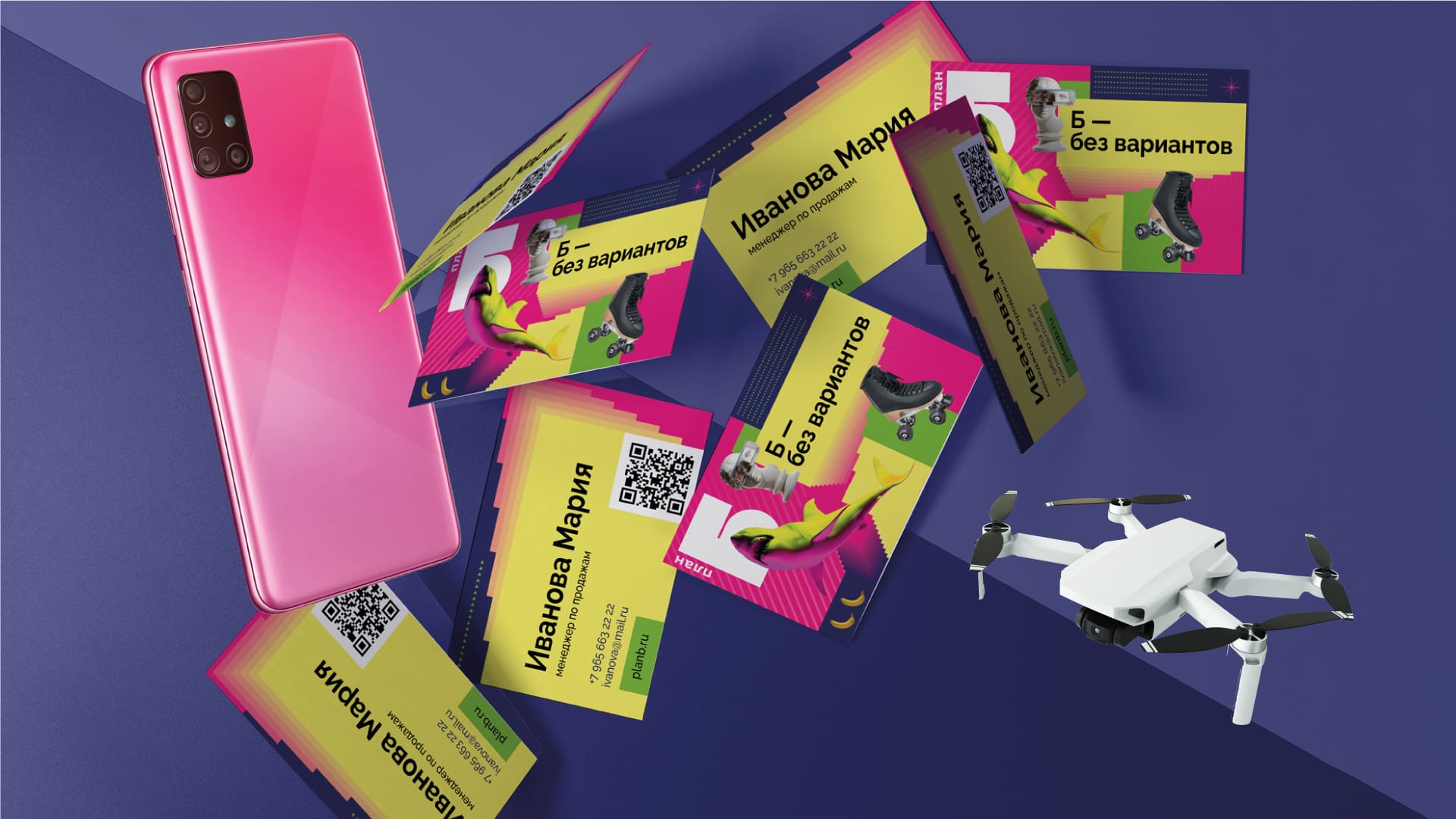 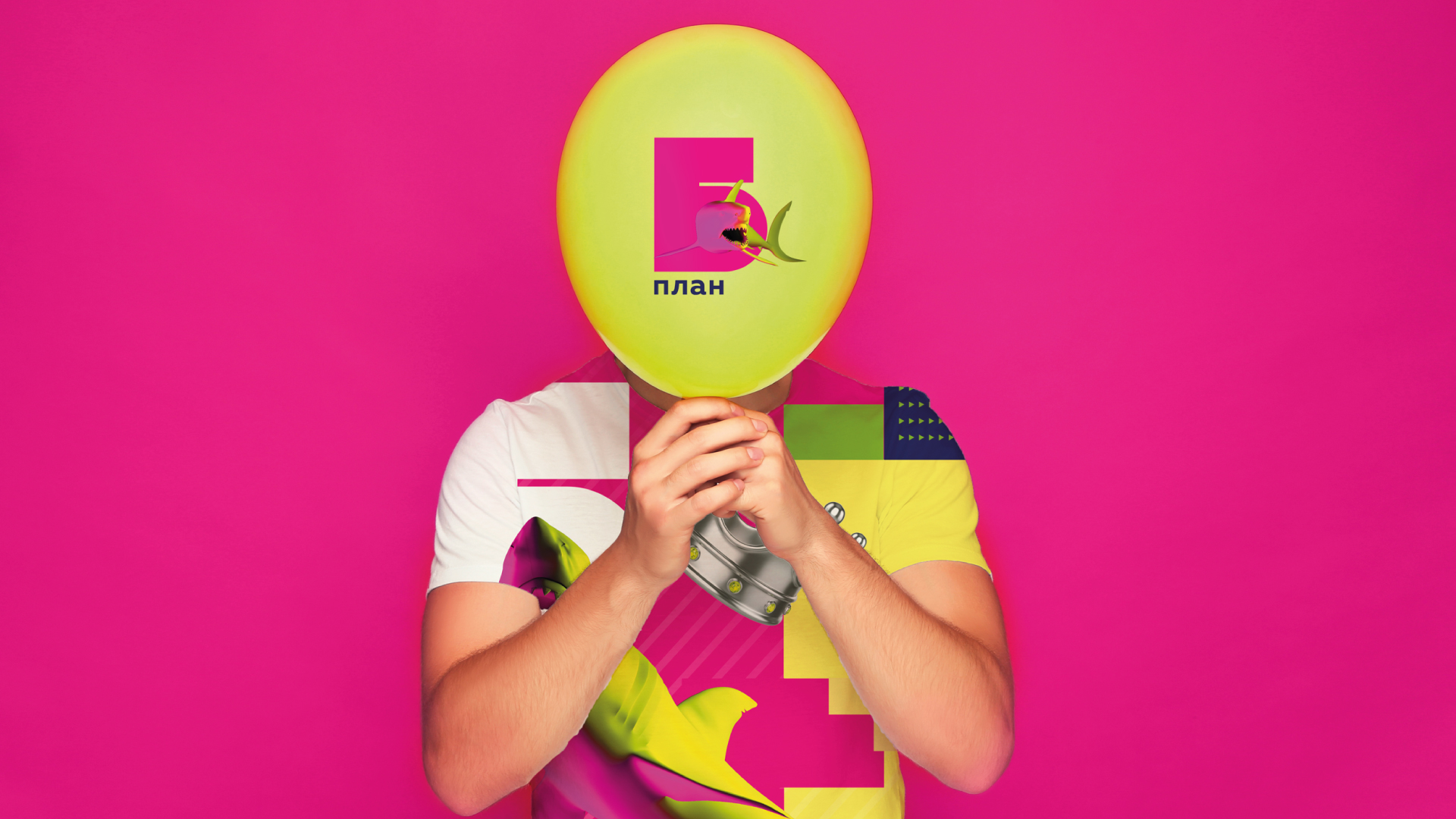 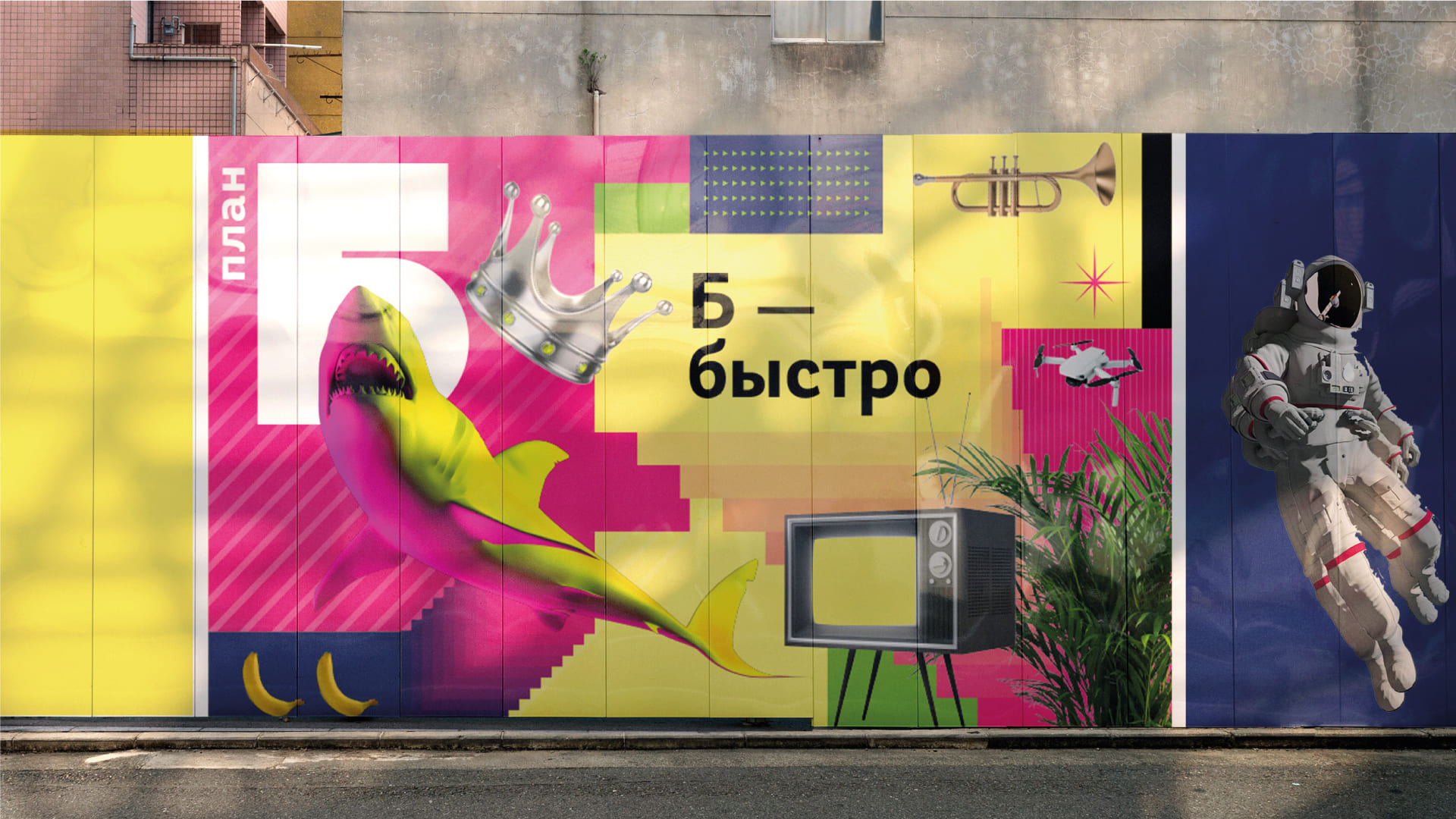 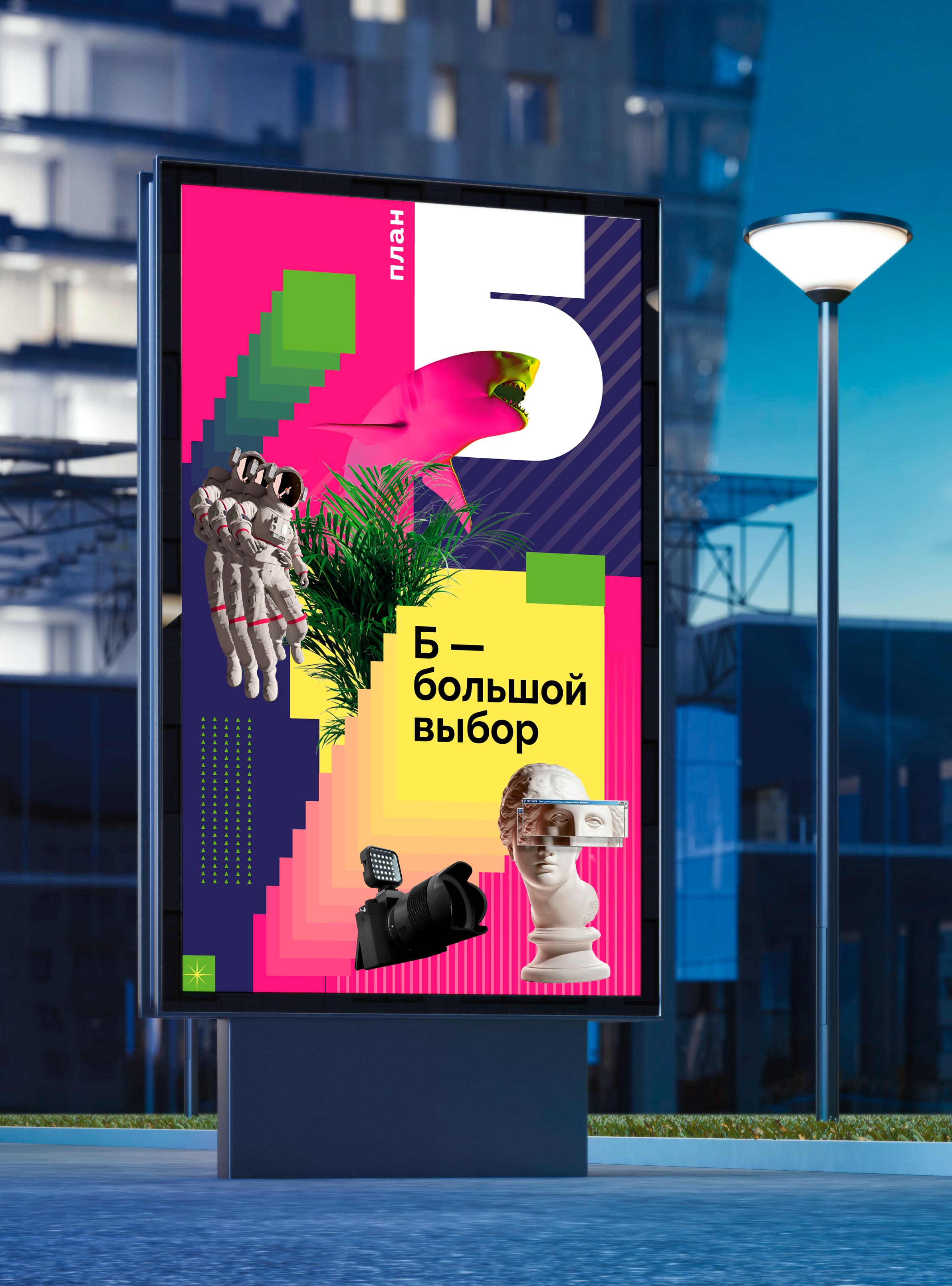 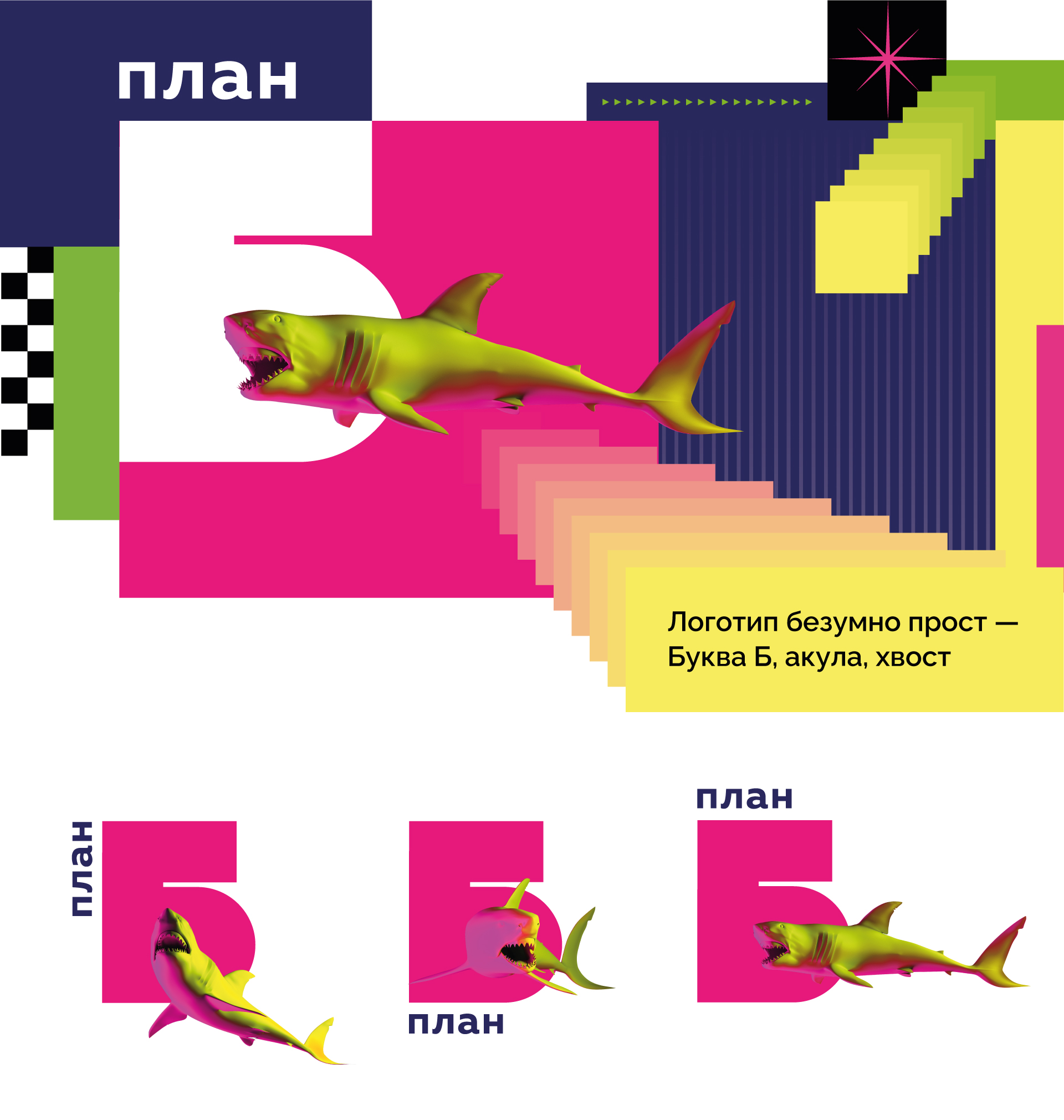 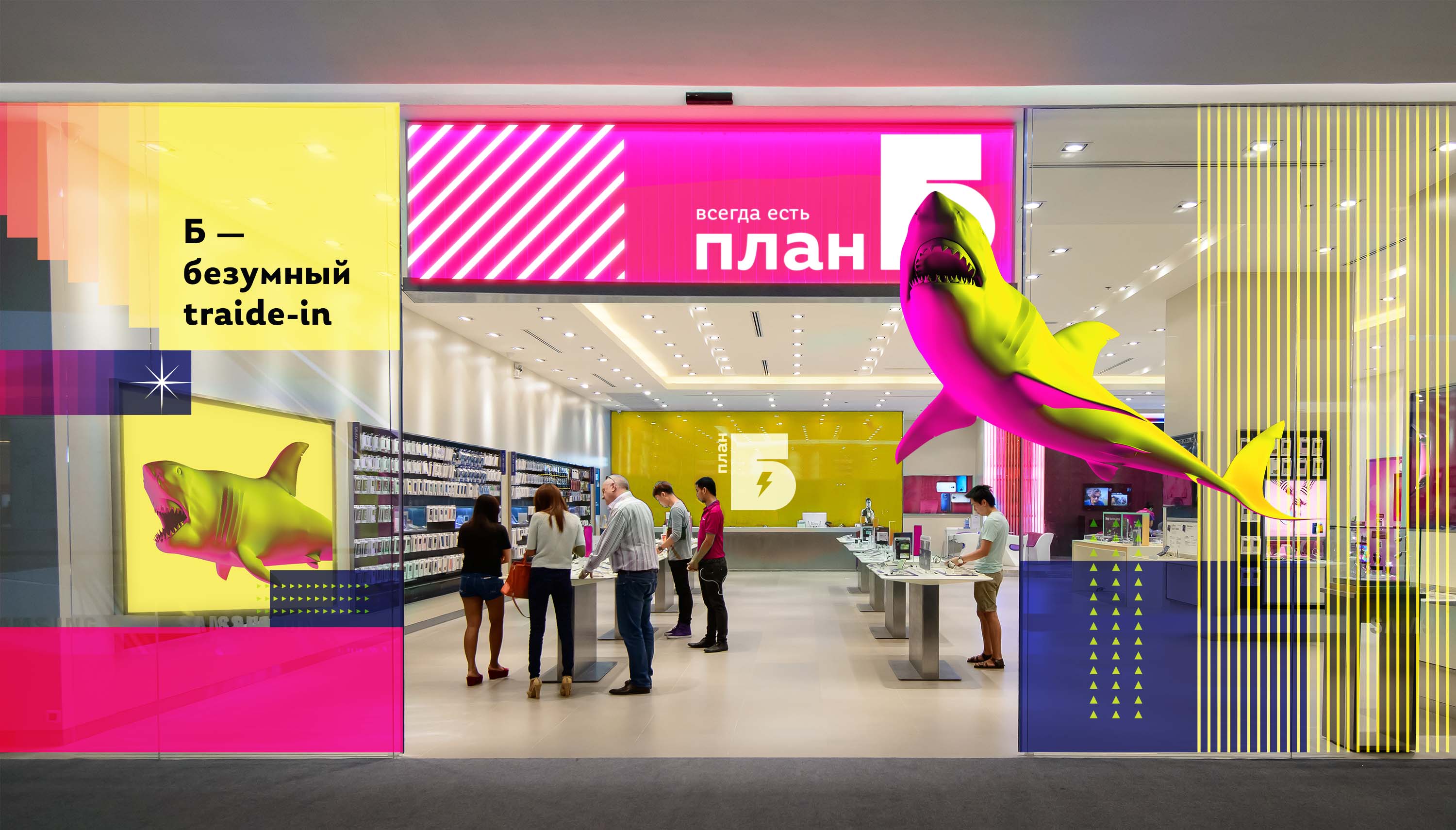