The Gunpowder Mill is a conceptual identity for a luxury hotel located in the beautiful heart of Cornwall. It implements visual touches of heritage and storytelling to anchor the new hotel to its old ways: creating a system that utilises elements of both modern luxury in its simplicity, and historic depth in many of its visual cues.

Driving these decisions is the story of the hotel’s location. Over 200 years ago, what is now the home of The Gunpowder Mill hotel, the Kennall Valley Nature Reserve, became the home of a busy and productive gunpowder works. With limited ways to reduce the danger posed to workers by such a volatile material, the whole site was built purposefully and carefully so as to harness the power of the natural world and reduce the danger of working with gunpowder. When the mills became disused, these once vital safety features catalysed an explosion of natural beauty on site: ushering in an era of quiet regrowth.

Today, the new luxurious eco retreat sits in harmony with both the beautiful wilderness that surrounds it and a brand new identity that honours its history, steeped in gunpowder and intwined with nature. Every element sparks a visual link to the Mill’s heritage: its symbiotic relationship with the Cornish wilds and the people and powder that inhabited it.

From the outset, the colours that form a cornerstone of the identity are inspired by the copper that was used throughout the Mill. As copper conducts less heat than the steel often used in other industrial processes, it was utilised here as a natural way to prevent sparks and explosions on site. As a nod to this, copper foiling is used as a luxurious finish on important information throughout. Not only this, but in areas as damp as the Kennall Valley, patina forms on copper surfaces in rich, beautiful greens and blues known as malachite and azurite. These form the base of the remaining colour palette, offsetting the bright and integral foiling perfectly.

The vast amount of space available in the valley and the dense woodland that was situated there, also leant themselves to the safety of the workers. The woods formed a natural barrier between buildings, and the rolling acres of space meant that each part of the production could placed in separate ‘houses’, spaced widely apart to prevent any chain explosions in the case of an accident. Together, these elements inspire the increased tracking and leading across the typographic elements in the project: from the editorial aspects right through to the wordmark and monogram.

Combined, these elements come together with a suite of bespoke, hand drawn illustrations that visually fuse gunpowder and nature together. Inspired by the printing methods of the Eighteenth and Nineteenth centuries, these illustrations inject a touch of heritage. A touch that is brought into the twenty-first century with the application of colour, scale and playful copywriting that helps to elevate the brand.

This identity uses a rich history to ignite a new identity that far exceeds any run of the mill experience. 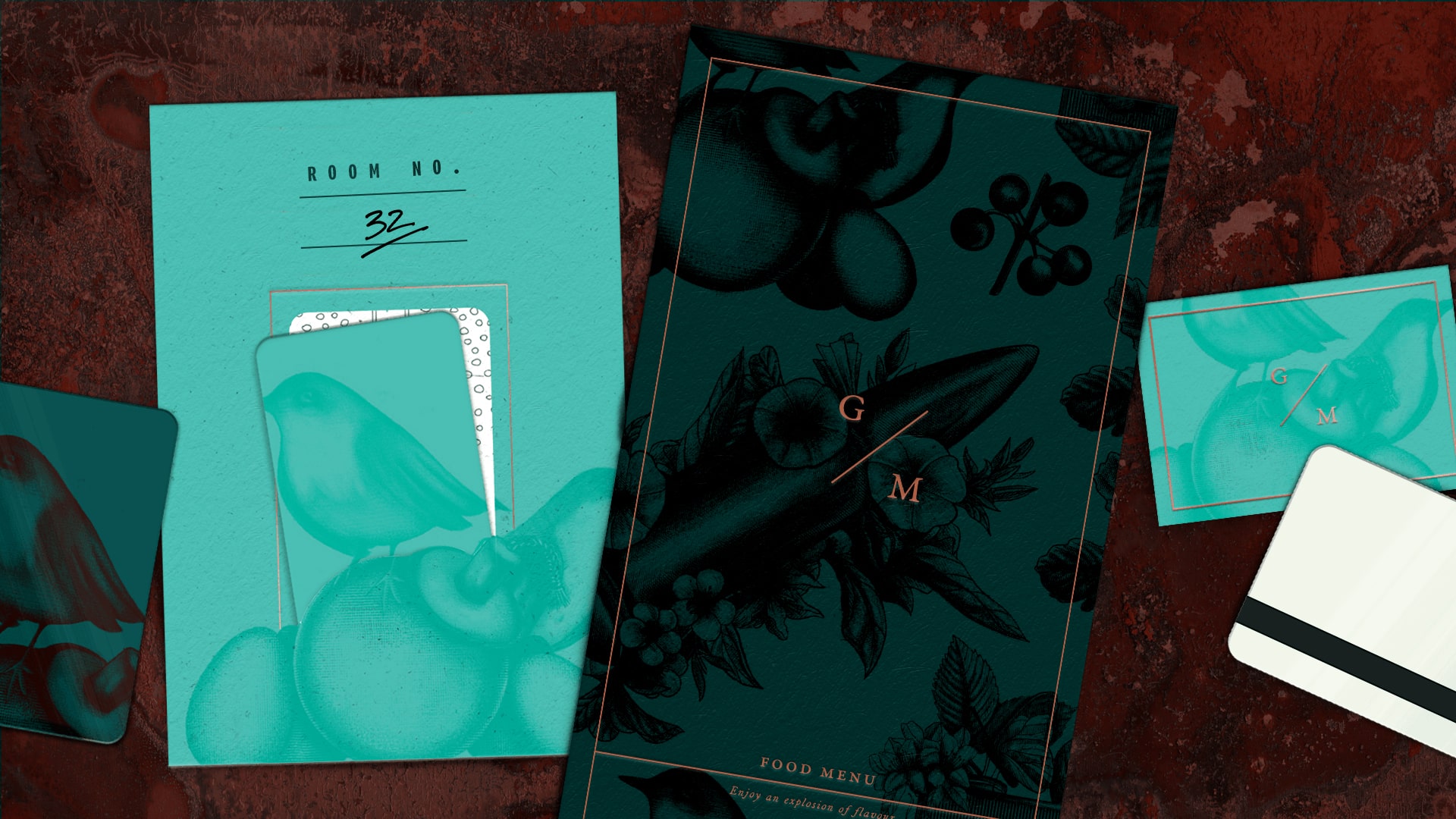 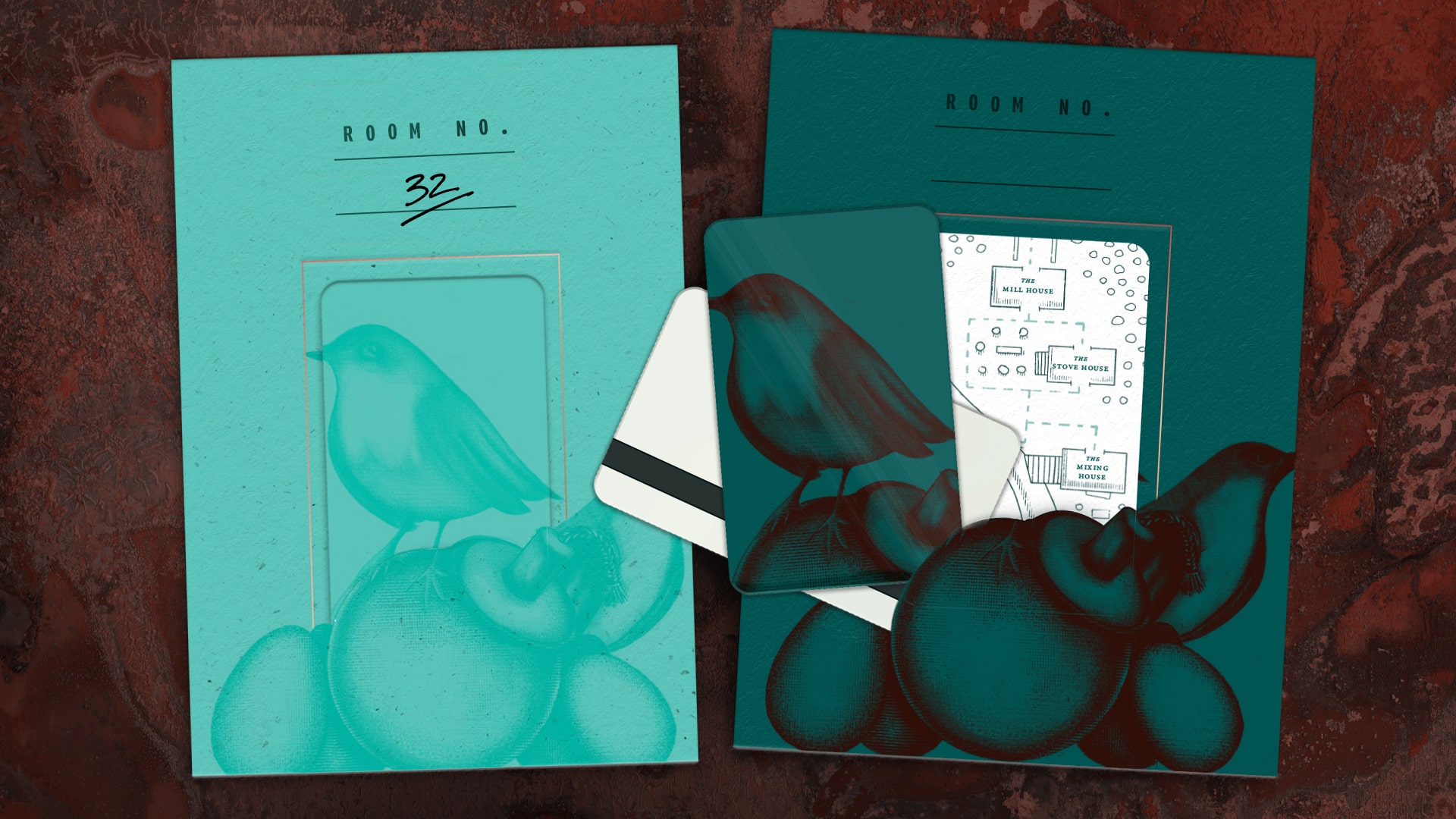 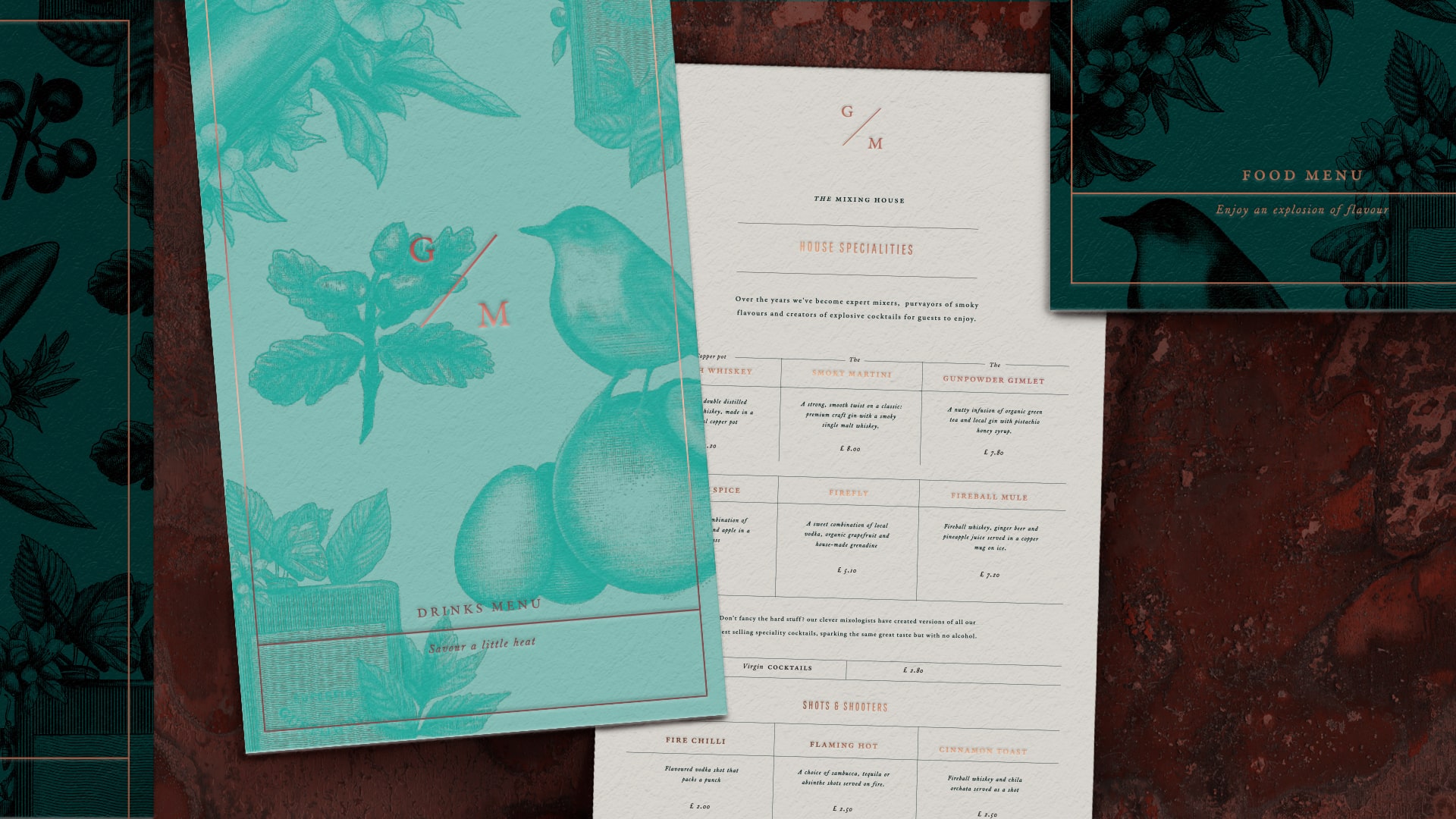 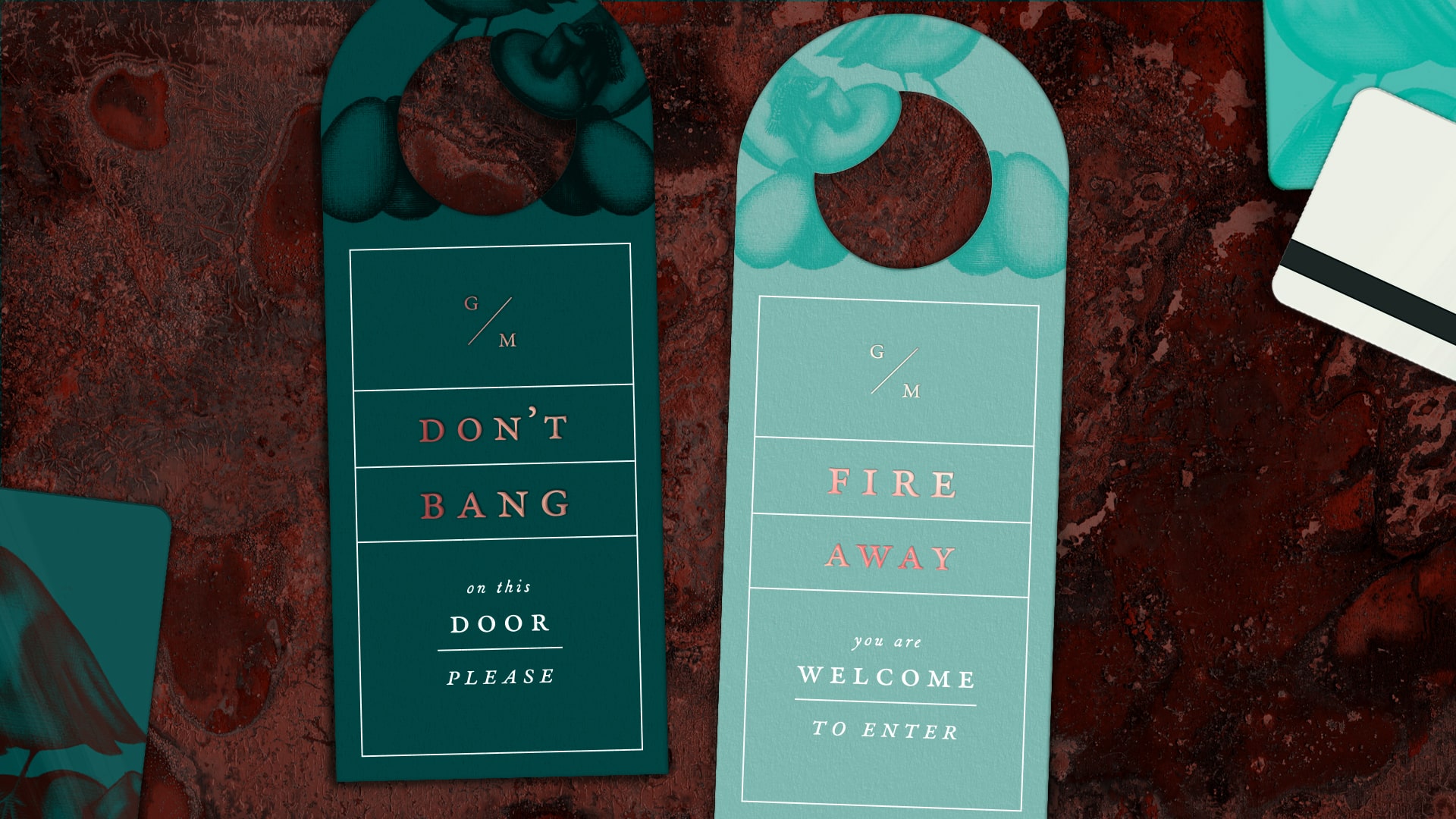 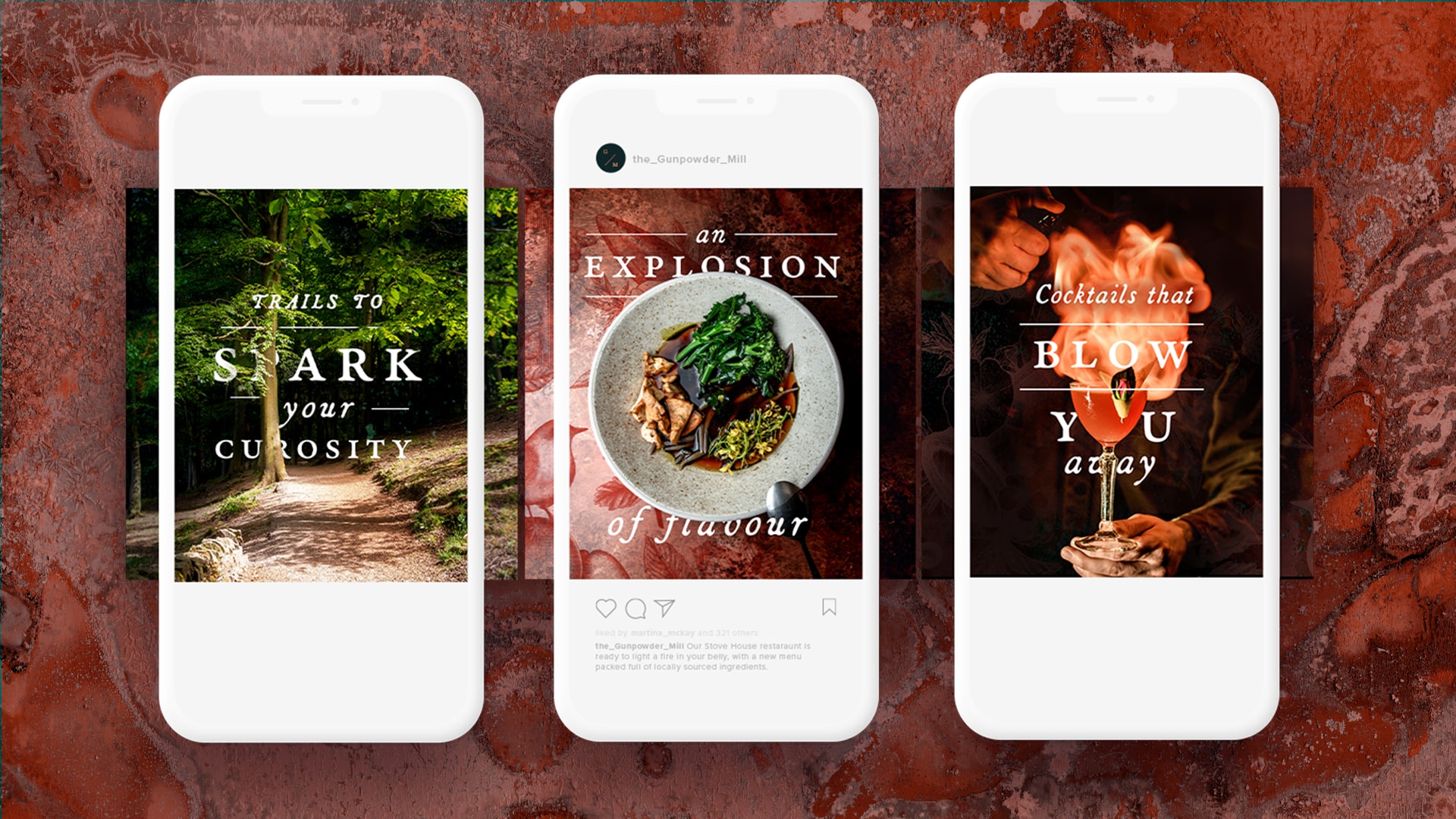 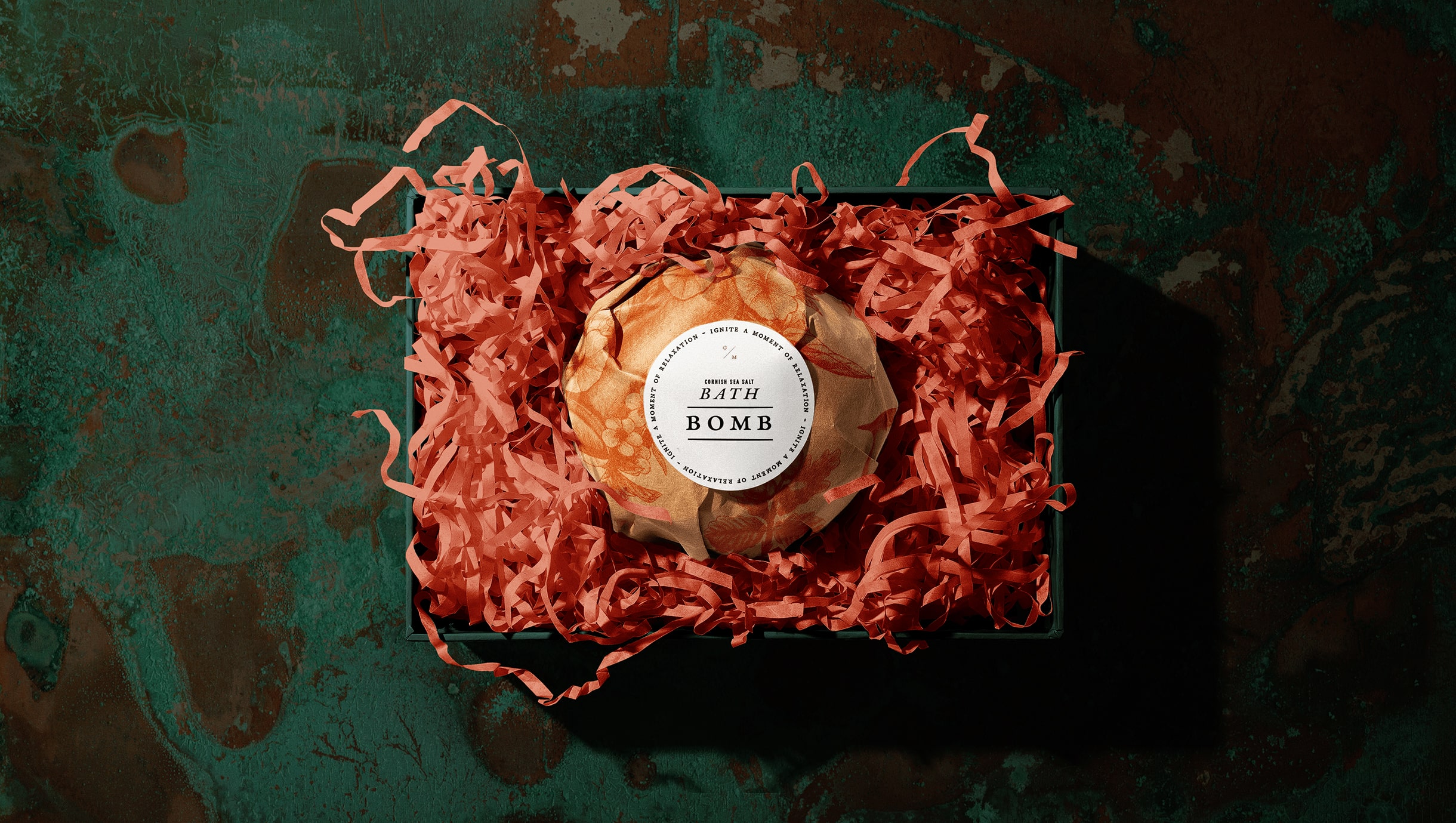 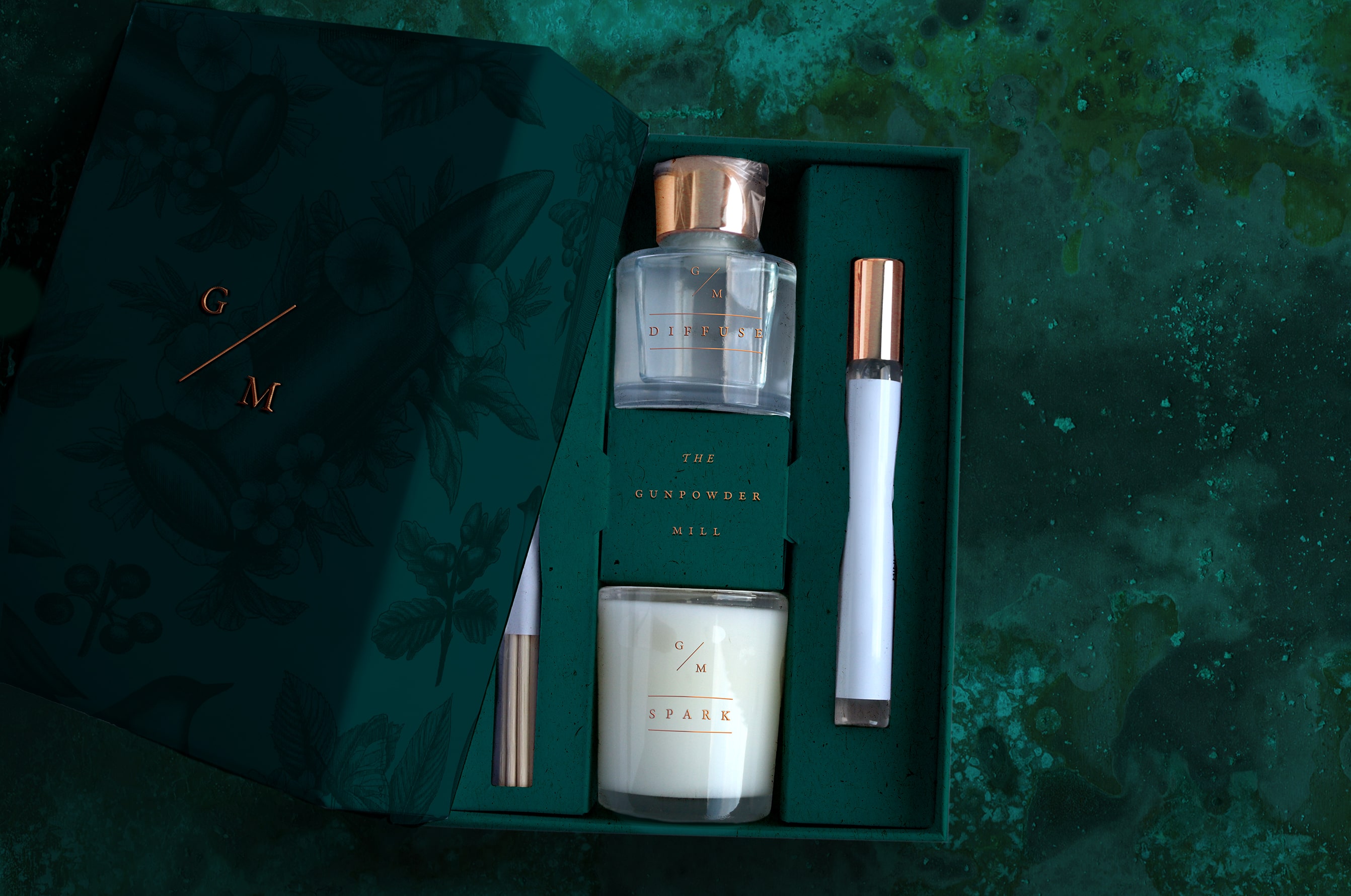