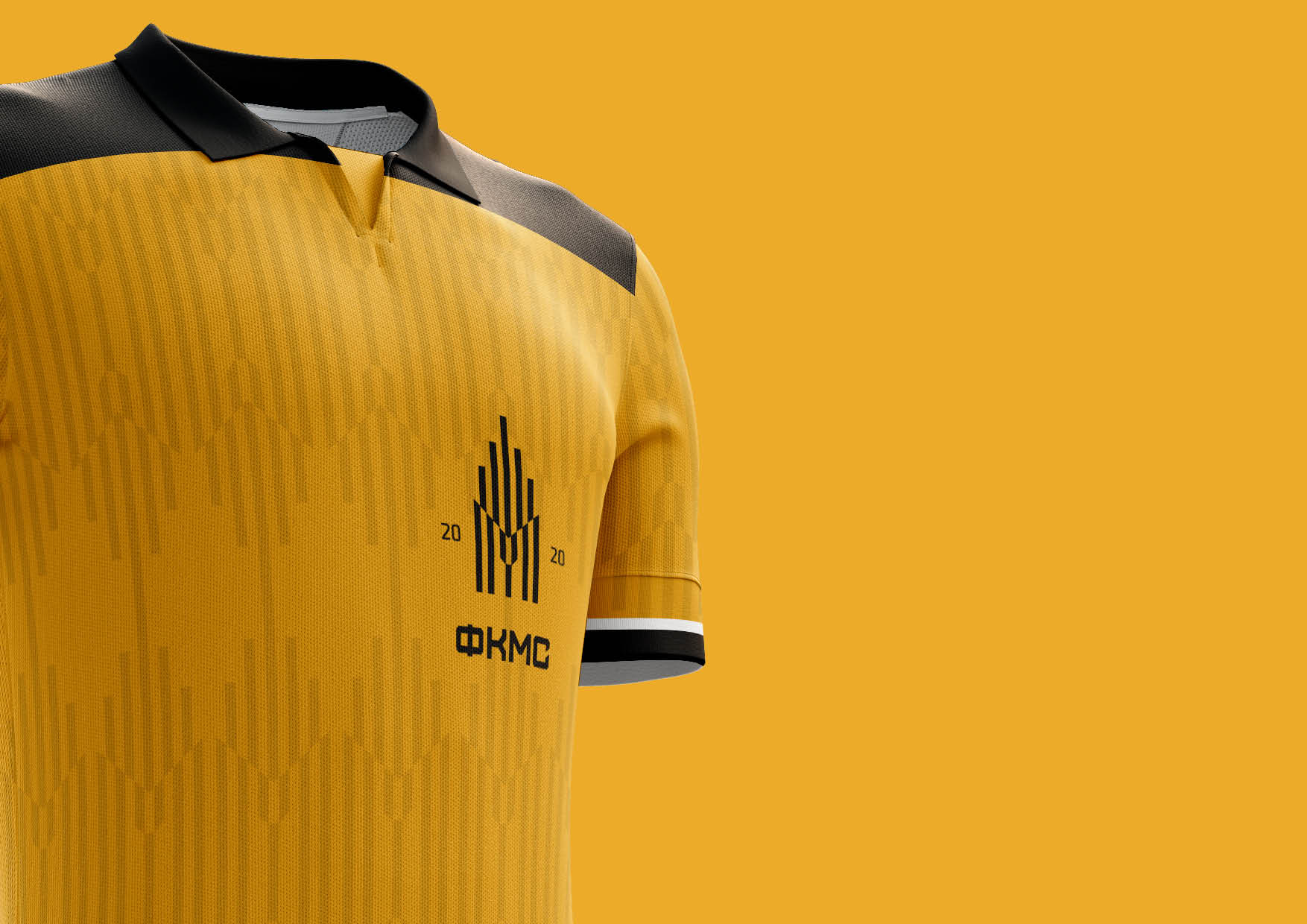 Football in Russia is the main sport in the country, with Hockey. The Russian football championship is followed every weeks by millions of fans within the country. The Russian football professional world is divided in 3 main divisions. The main audience for the project is a man, not from Moscow originally, but who is leaving in Moscow and doesn’t recognise himself in the main clubs already existing in the city : Spartak, Dynamo, Lokomotiv, CSKA and Torpedo.

The agency was asked to work on the potential creation of a new professional football club in Moscow : The Football Club Moscow City. The new identity as the name should be create from scratch. In a city with so many clubs, we have to pick a neighbourhood that was not represented by the other clubs. After studying the fan map of Moscow football clubs, we understood that the new area of Moscow City was not affiliated to any clubs. Therefore the new club should reflect this new neighborhood of the city. New neighbourhood and new comers in town, we assumed it would be a good start for creating the name of the club and its future identity.

Moscow already has 5 major clubs with strong history and identity. The challenge was to create from scratch a strong, bold, impactful identity that will federate people. There are no stronger symbol than Moscow itself which we represented by the combination of the letter « M » and the typical stalinian architecture.

As for the colors, the yellow black and white combo appeared obvious for two reasons. First it was the color of old Russian empire and the Kremlin was originally gold and not red. Second, it is radically different from the city other clubs. The identity of the club was to be released on many different channels such as the football apparel itself, the entire signage of the club, all type of communications, online or offline.
It was really a global deliverable. We created a bold, powerful identity that would be easily recognisable and would federate the new comers in Moscow. 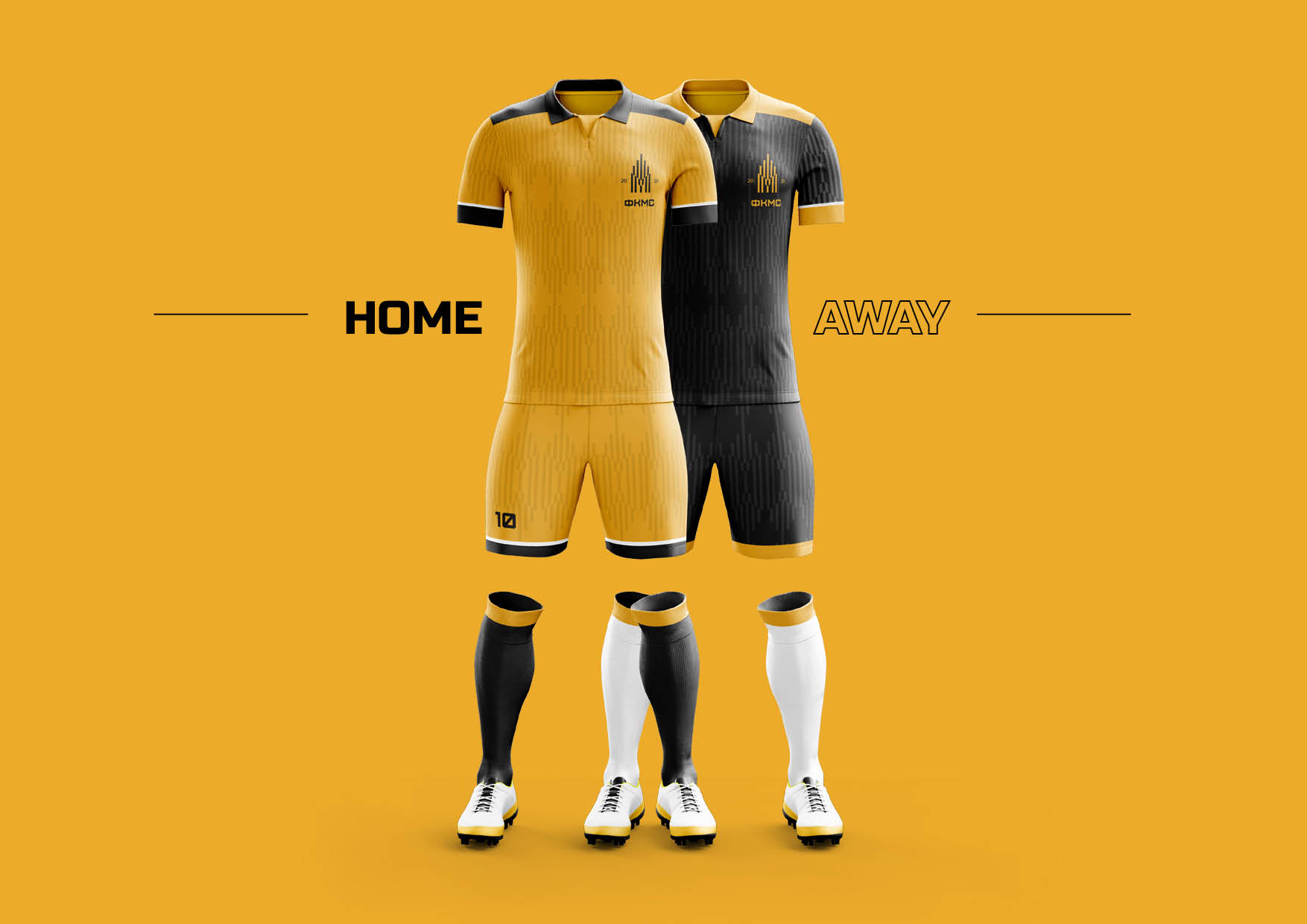 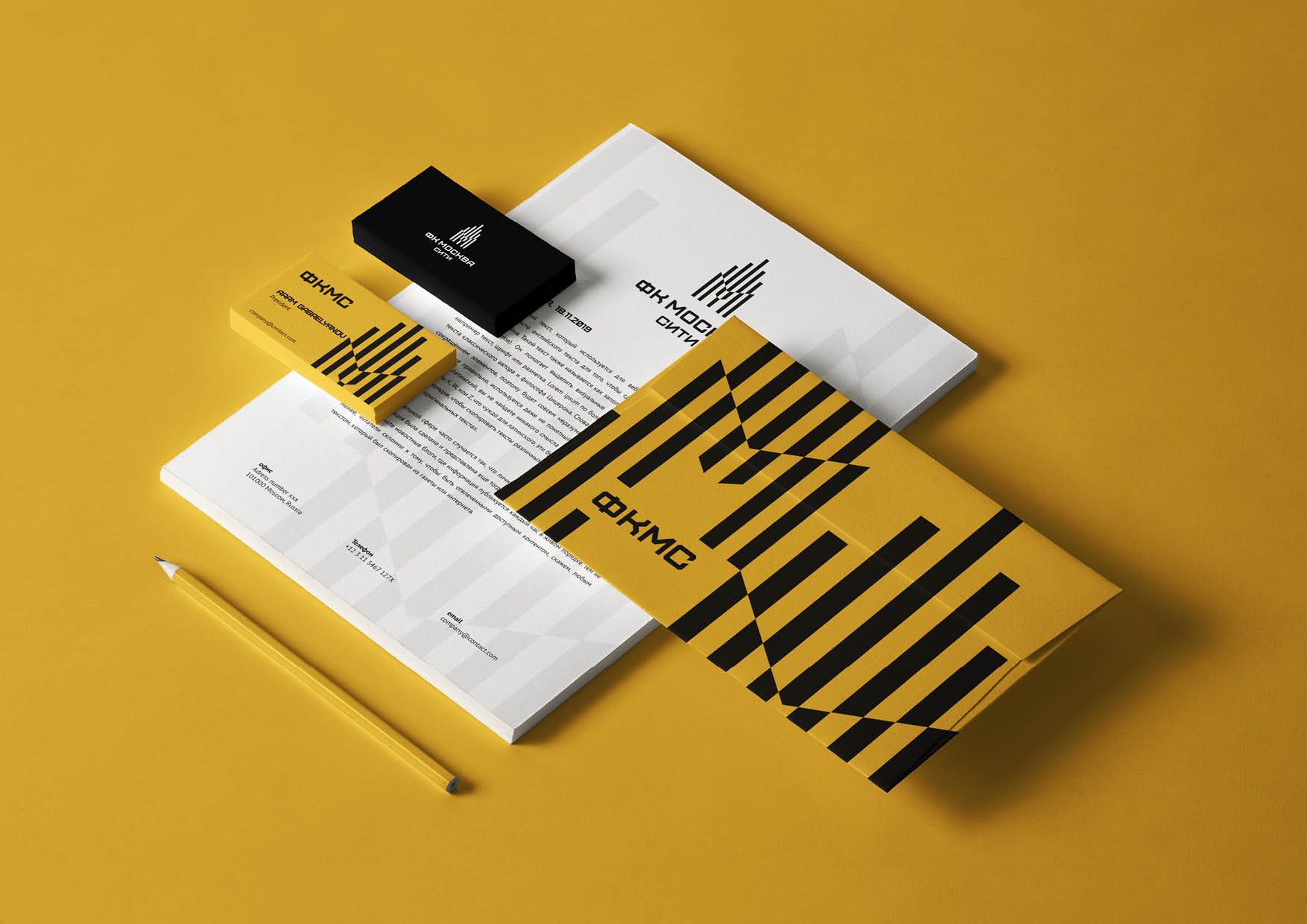 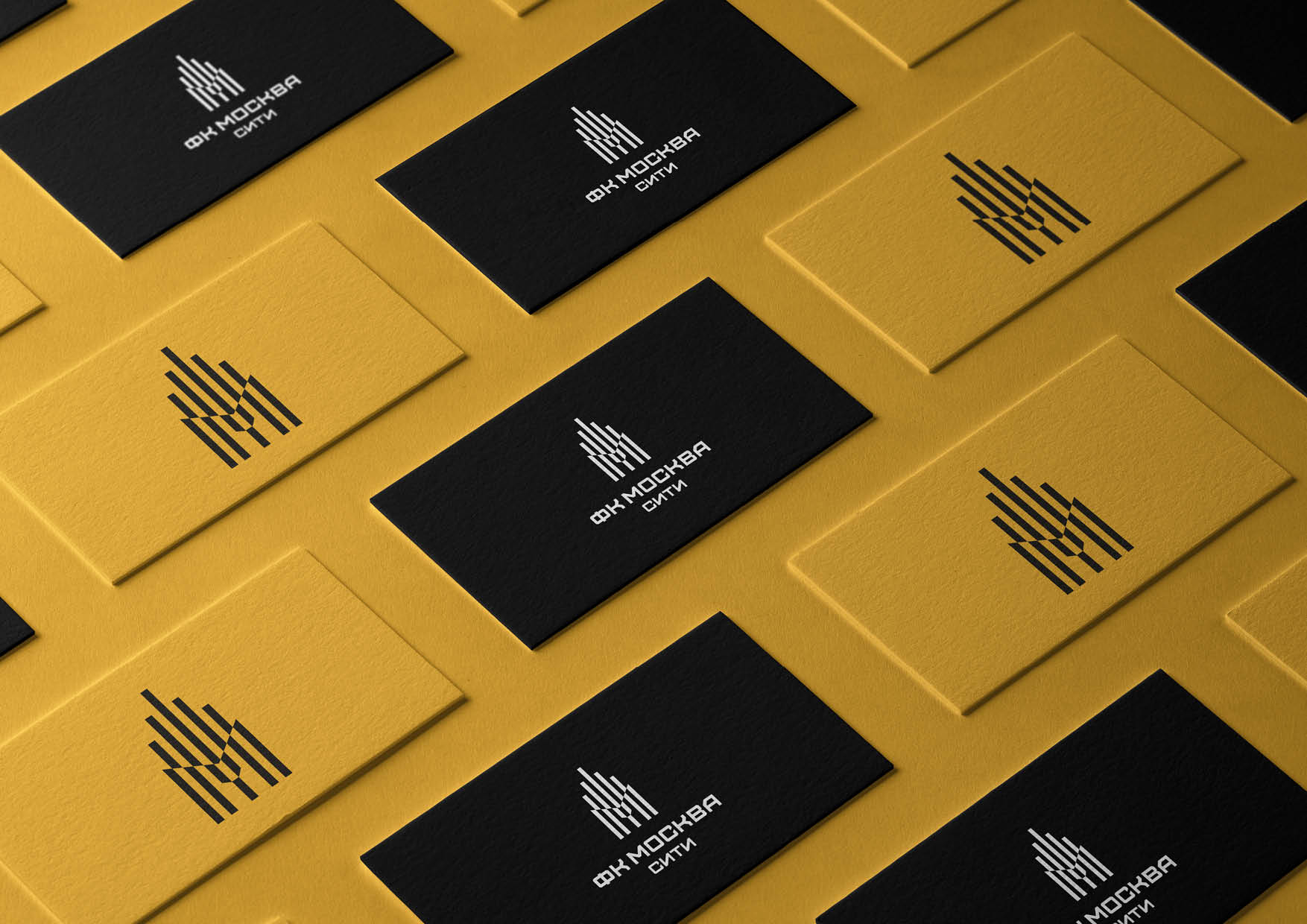 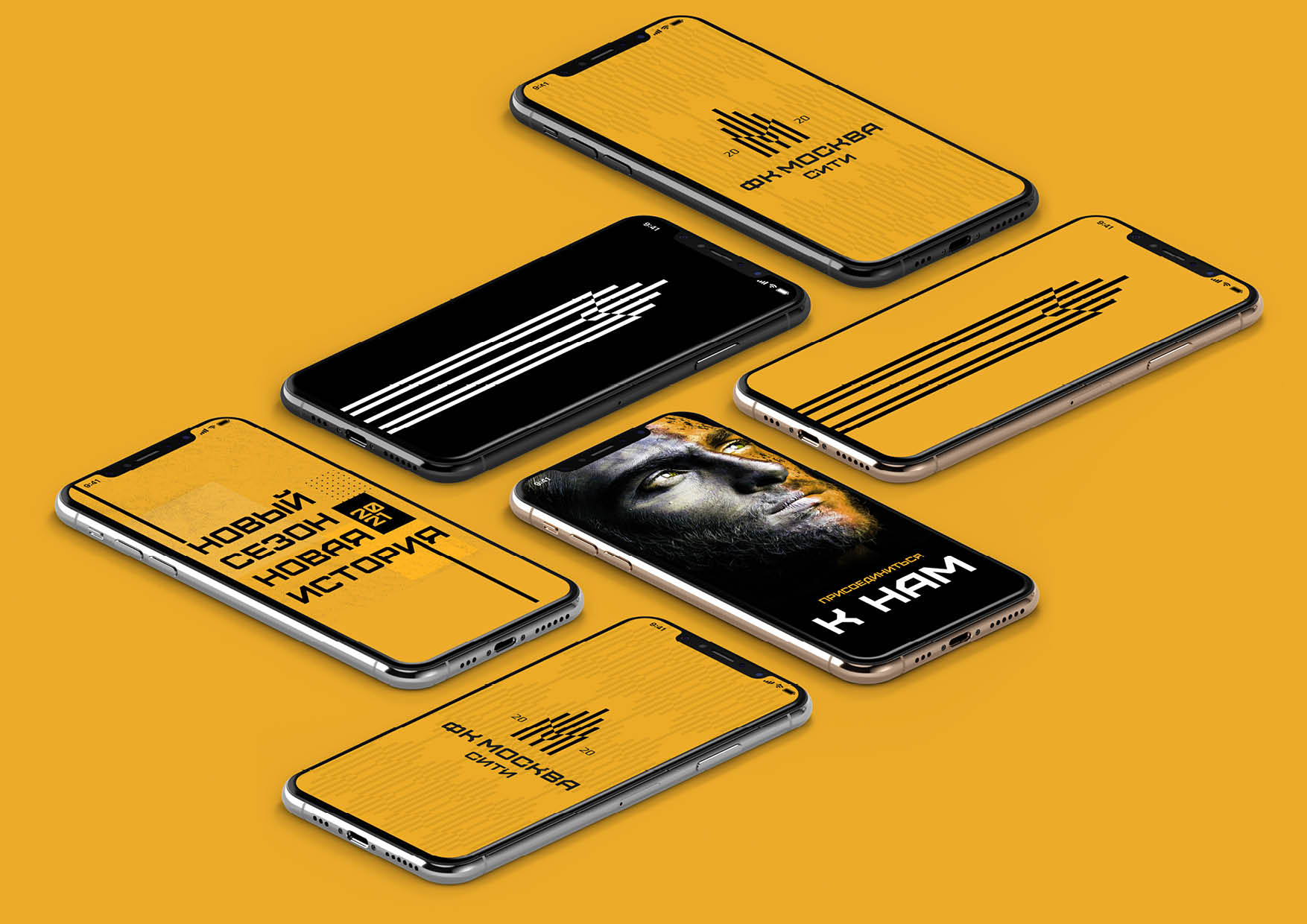 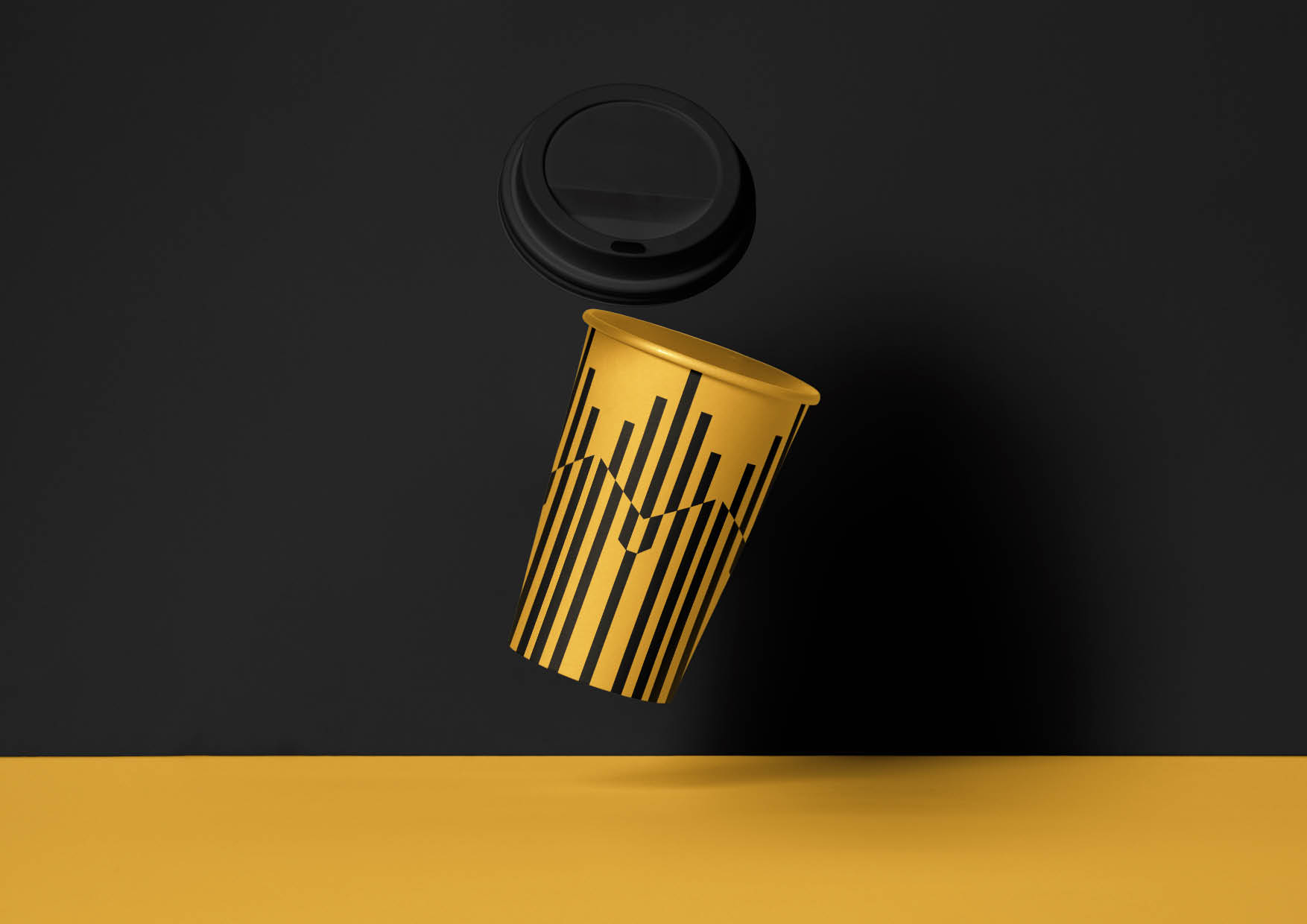 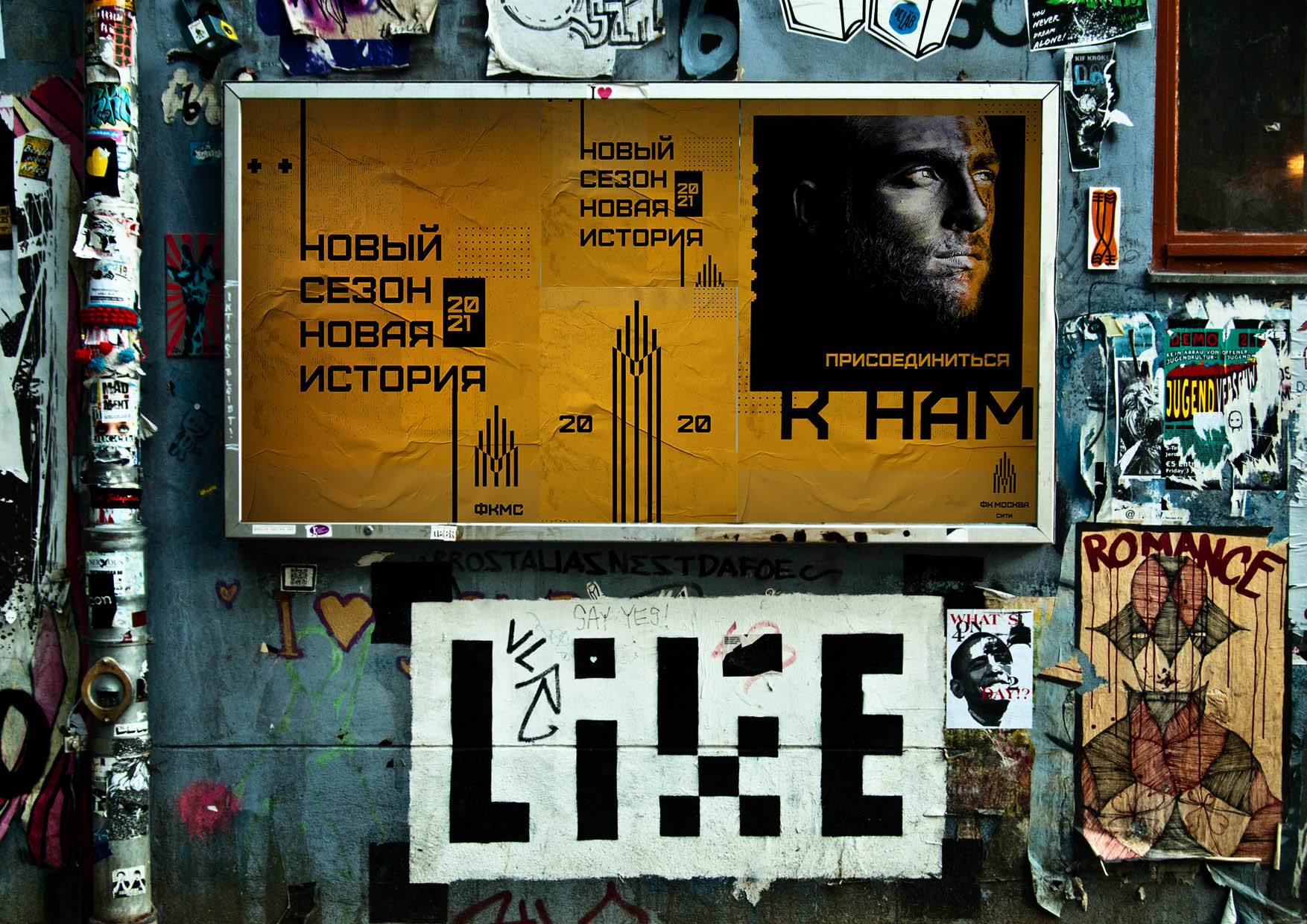