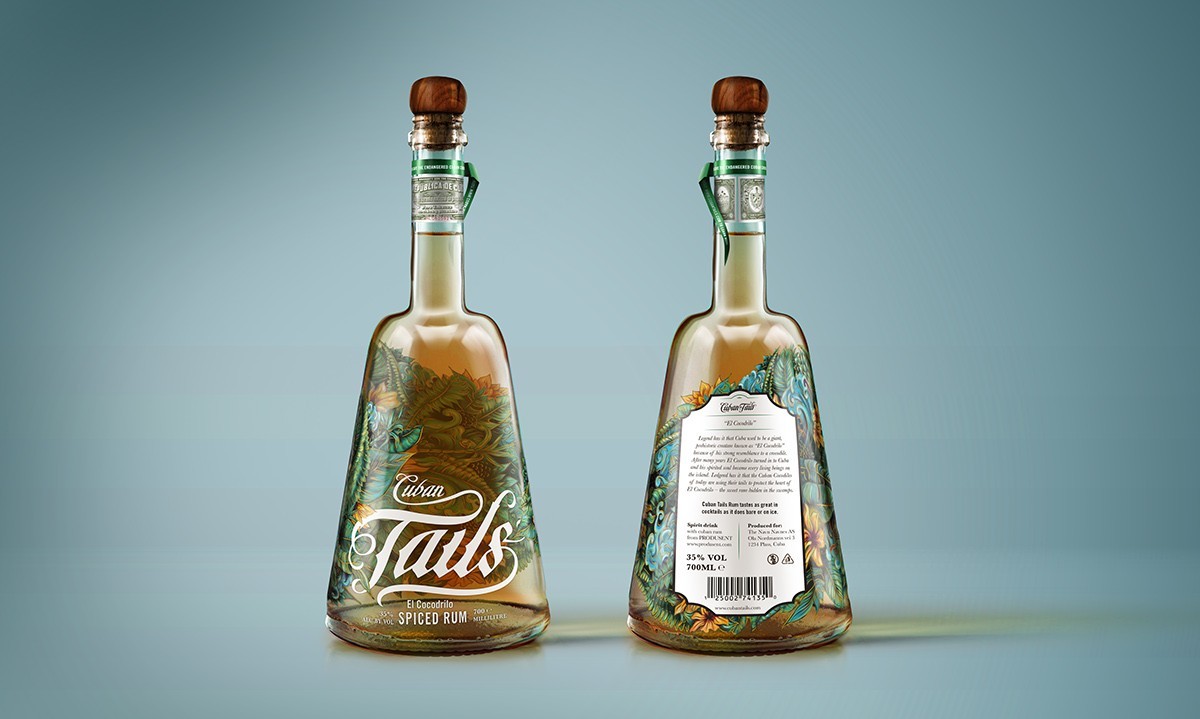 “This is a project created during our internship at Designhorse teaming up with co-intern Mona Ulnes Flatåker. We worked closely together on the whole project; research, concept, naming and brand story as well as throughout the packaging and the bottle design. Mona was more involved in creating the brand story and concept while I drew the illustration and the logo.

The brief was to create a brand, concept and design for a Cuban Rum. We created a fictive brand fairytale for the endangered Cuban Crocodile. The concept is based on the word “tails” as the crocodiles tails are essential for their life, while playing on the word “cocktails” which is the most common way to consume rum.” 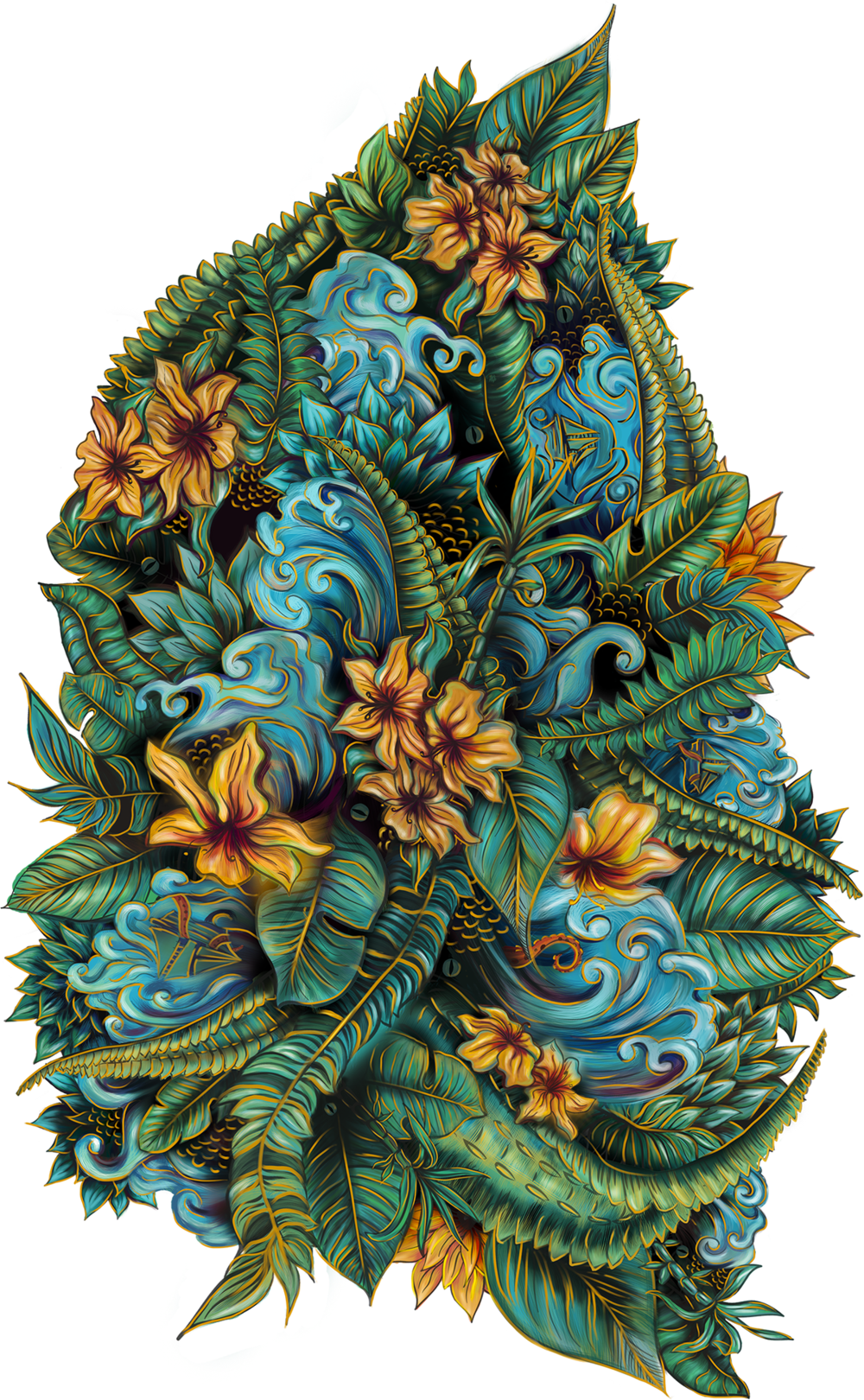 “The Tale of El Cocodrilo
Cuba was not always an island. A long time ago there was a giant, prehistoric creature who lived in the Caribbean seas. This creature was known to man as the big and strong “El Cocodrilo” because of his strong resemblance to a crocodile.
By using its powerful tail, El Cocodrilo would create tidal waves that washed away any incoming ships and dangers that could threaten his existence and soul. He was vibrant and happy when he was not bothered, but after many years El Cocodrilo became old and tired. He laid down in the ocean and his enormous body turned into an island, today known as Cuba. His spirited soul turned into every living creature on the island and the whole place became vibrant and lively.

The Cuban crocodiles indigenous to Cuba are very similar to El Cocodrilo. Legend has it they were, and still are to this day, actually using their tails to protect El Cocodrilos heart; the sweet rum hidden in the swamps. That’s perhaps why they are so aggressive and splash their tails, and jump high in the air to scare off unwanted beings. Even though the Cuban crocodiles live on the tail end of Cuba, El Cocodrilos tail is not protecting them anymore. They have been hunted down over many years and now there are not many of them left. The remaining crocodiles are endangered and vulnerable and they need our help to protect them.” 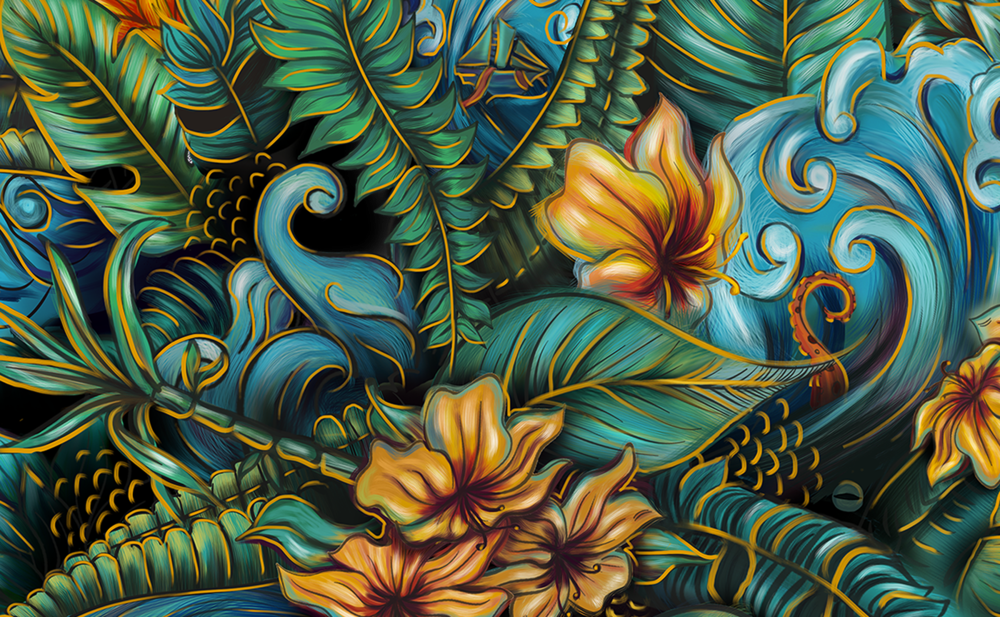 “The illustrations and colour profile are ment to give associations to Cuba in a tropical, positive and dreamy way, which is an open position within the benchmarks. And at the same time carrying elements from the brand story.” 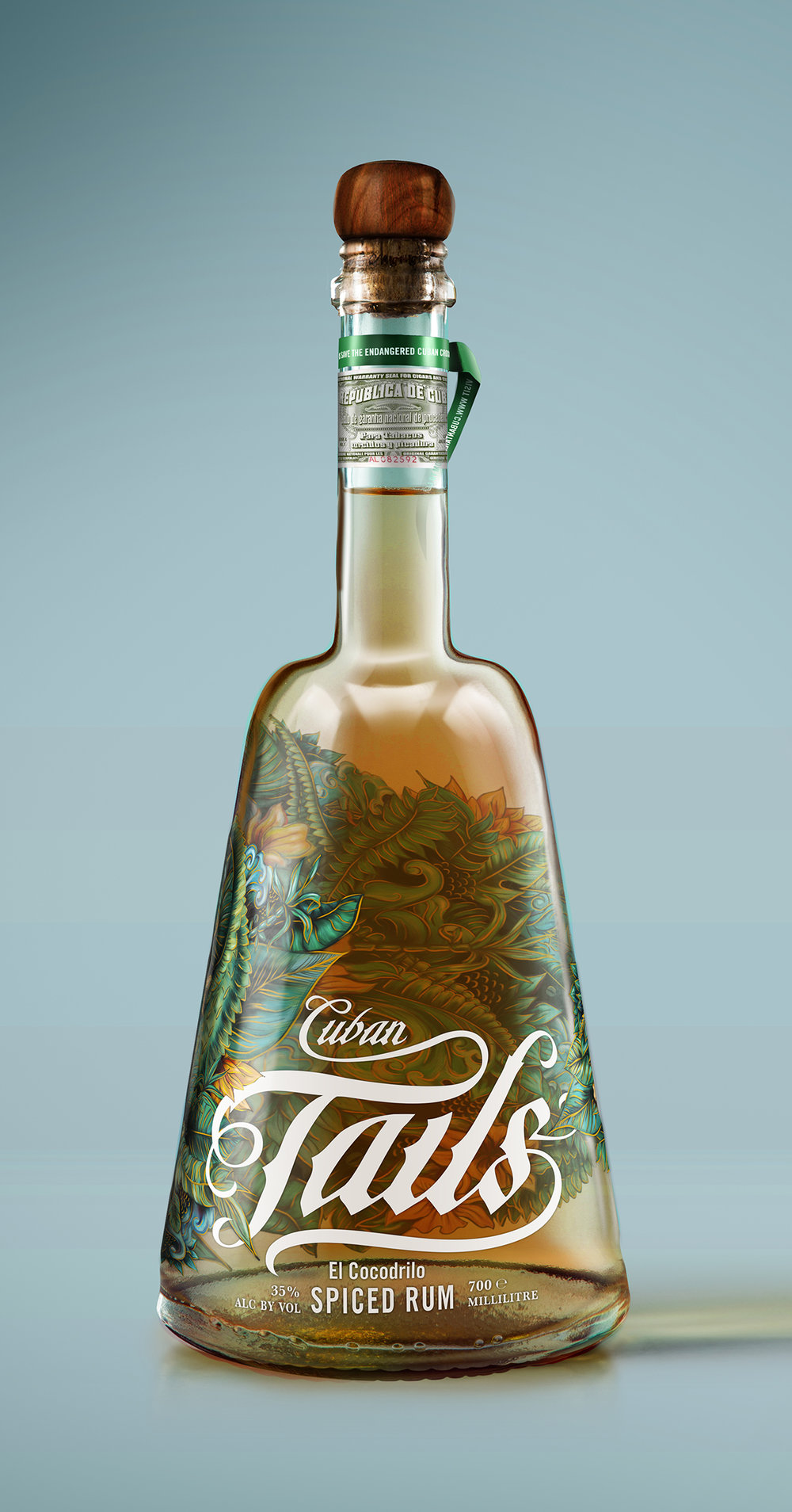 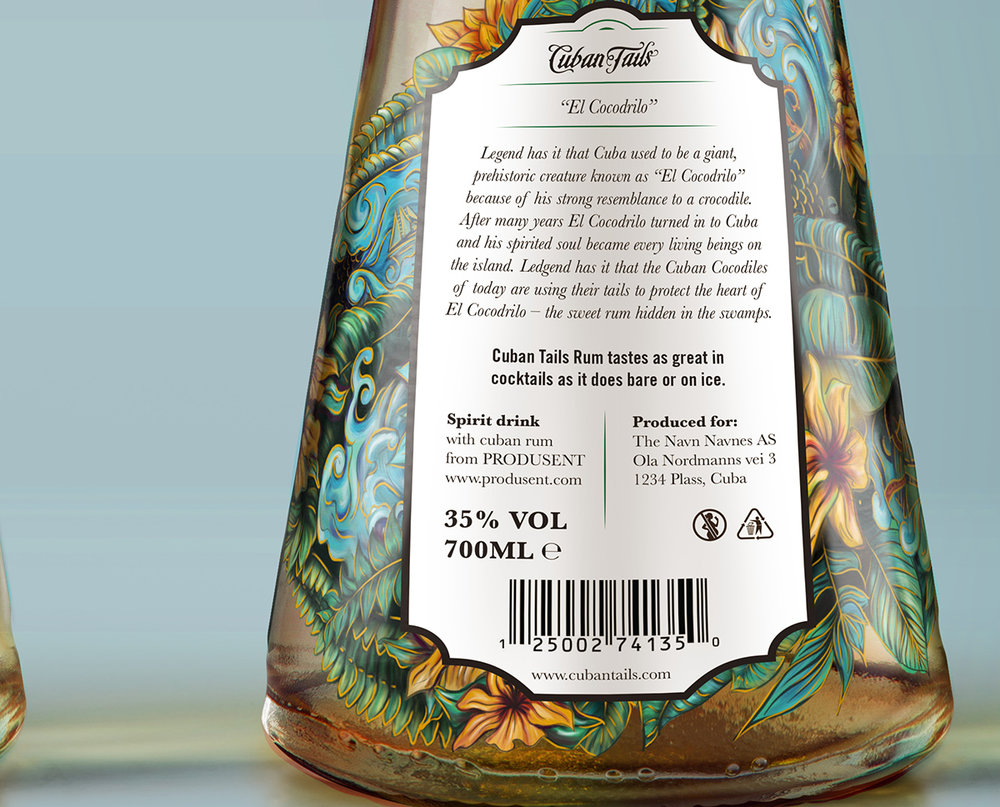 “The bottle shape and other elements are shaped to seem traditional, historical and fairytale-like. The silhouette of the bottle is also shaped to differentiate on the liquor shelf. The ribbon on the neck is the only place where we inform about donations and awareness towards the endangered Cuban Crocodile.” 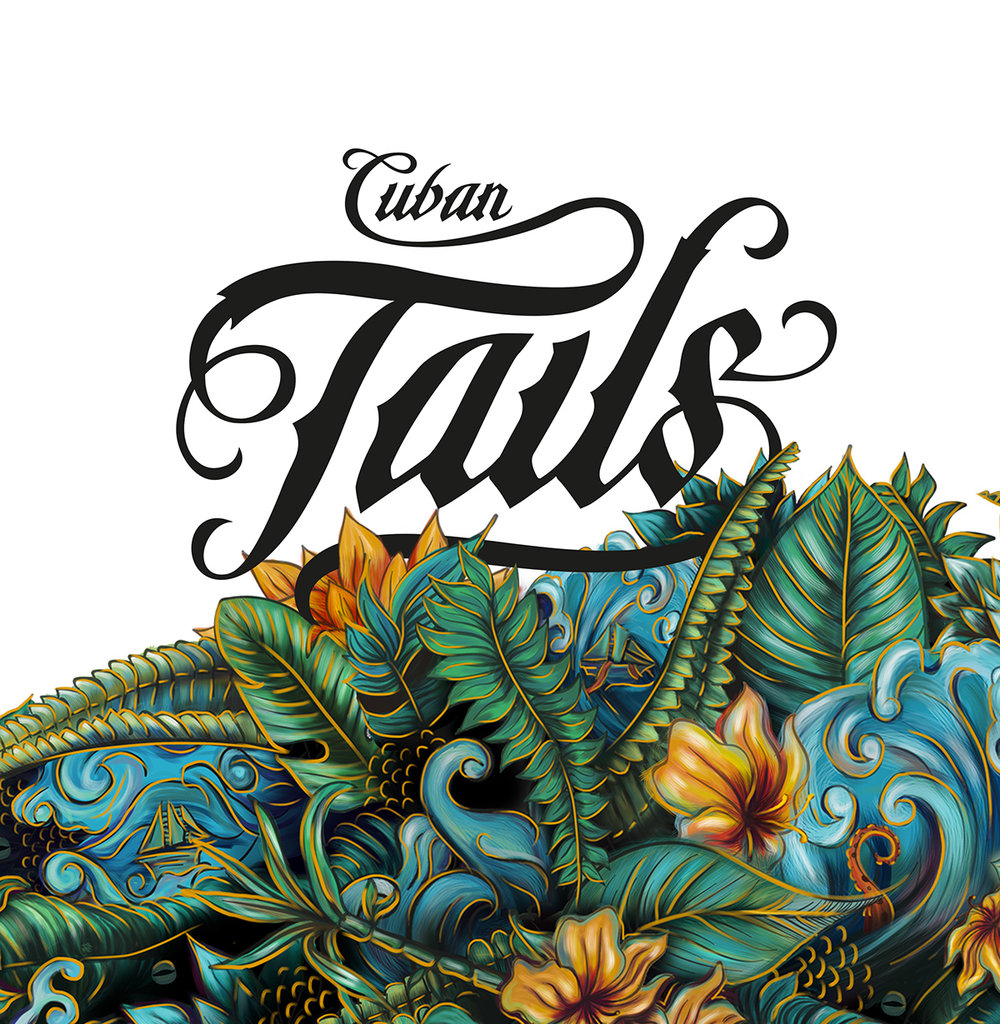 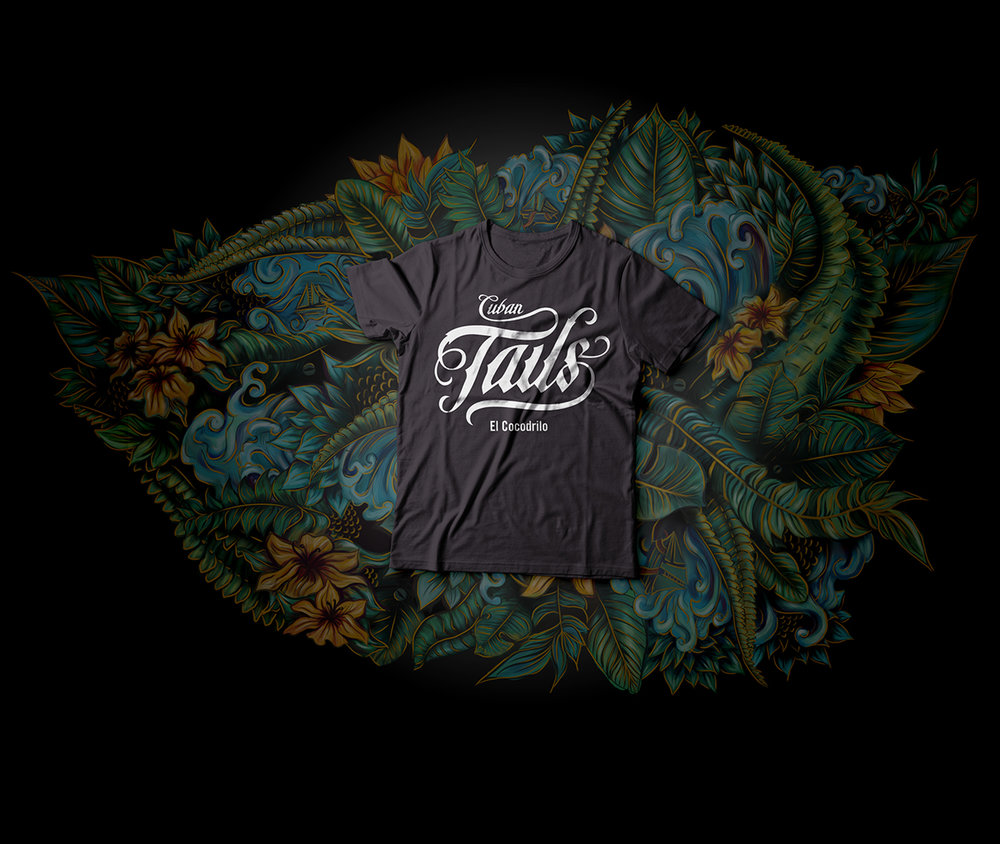