Celler Vinyes Singulars are a family run winery in Catalonia, Spain, and have been making wine in the region since 1405. They grow their own grapes and work with traditional varieties of Penedes region, such as Xarel.lo, Macabeo, Parellada, Monastrell, Sumoll, Garnatxa Blanca and Malvasia de Sitges. Their vineyard is organic and they as well as wine, they produce oil, honey and vegetables.

Scottish creative studio Pim-Pam had a chance encounter with Celler Vinyes Singulars which led to a collaboration on a wine called L’Estranya Parella. The Strange Couple.

The naming L’Estranya Parella comes from not only how the wine is made, but from the collaboration between a Catalan based winery and a Glasgow creative studio. A red wine created with a field blend of Malvasia de Sitges and Sumoll, it pairs two contrasting grapes that give reason to it’s title.

Exploring this idea of ‘The Strange Couple’, the label pairs two characters that appear very different to each other, but have an interesting connection. The distinctive character style is that of Edinburgh based illustrator KMG, who has worked closely with the team at Pim-Pam to develop the designs which have a hidden meaning to the artwork. A play on the year 1405, the year Vinyes Singulars began their story in Catalonia.

Wanting to deliver a concept that was special, that had reason, and that celebrated the heritage of the vineyard — this ‘Strange Couple’ is created with one character made from 14 elements, the other from 5. A juxtaposition of characters, brought together with the colour pink. A symbol of both a white and dark grape mixing together.

Pim Pam’s Luke McCarthy said: ‘In 2020 we were introduced to Vinyes Singulars and Ignasi Segui who owns the vineyard. His family have been making wine in the region since 1405 and they currently make a wine called Pim-Pam, which is what led to our meeting and conversations on L’Estranya Parella. We felt there was an opportunity to do something special with this connection. It’s something out of the ordinary while also being across different countries, so we wanted to make this a key feature of the wine and it’s design. We’ve partnered with illustrator KMG on various projects before, and knew we would be able to work together in creating the right style and approach for the concept. 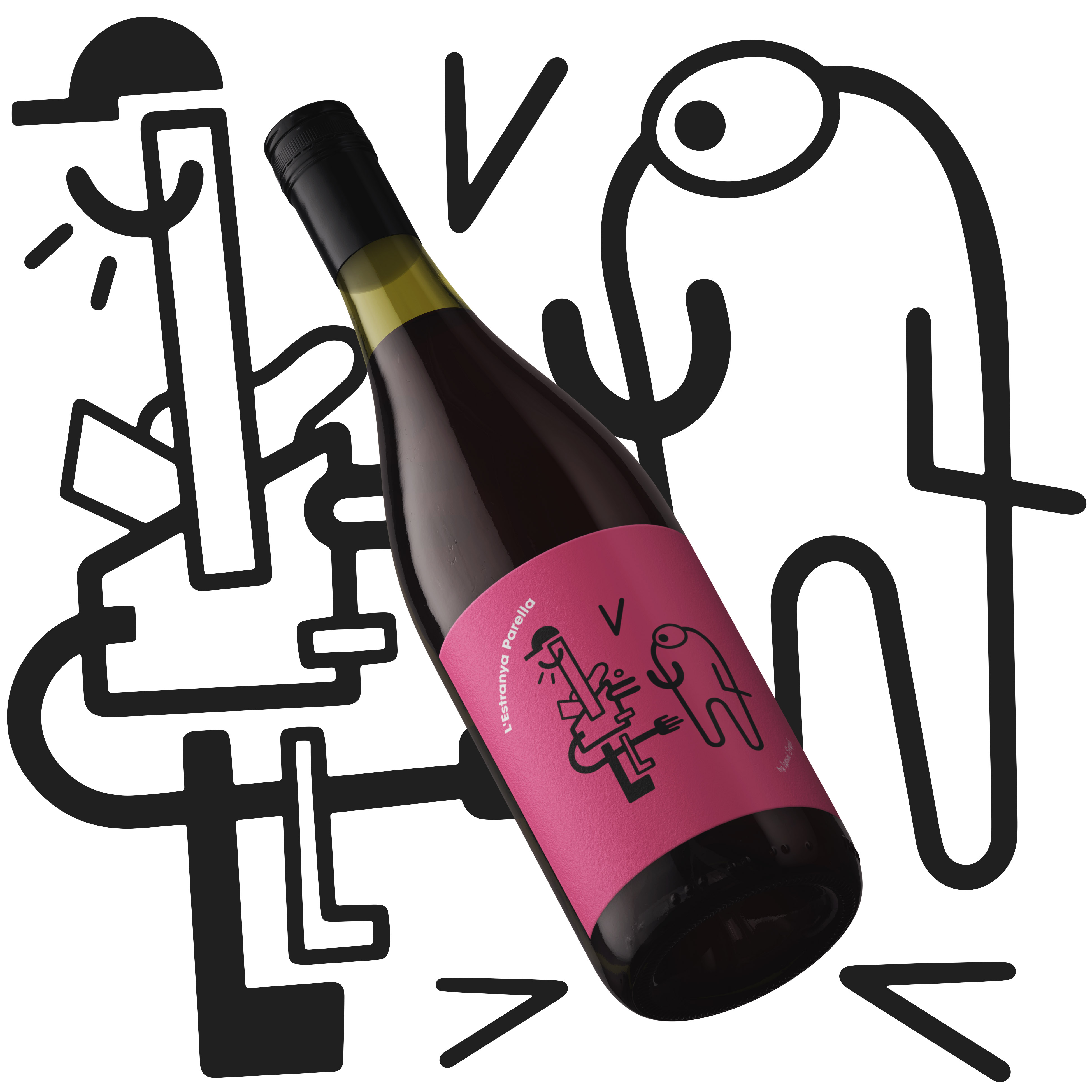 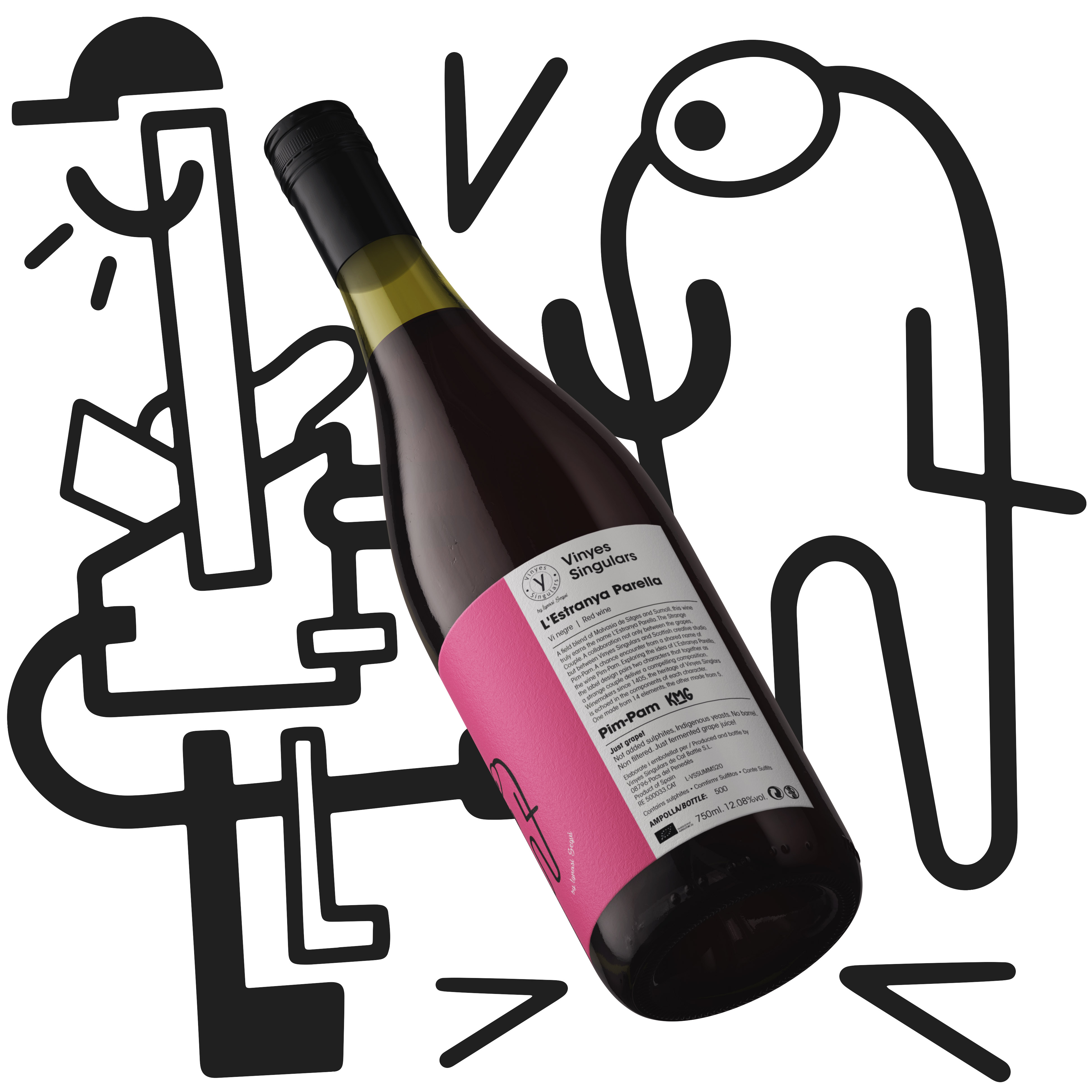 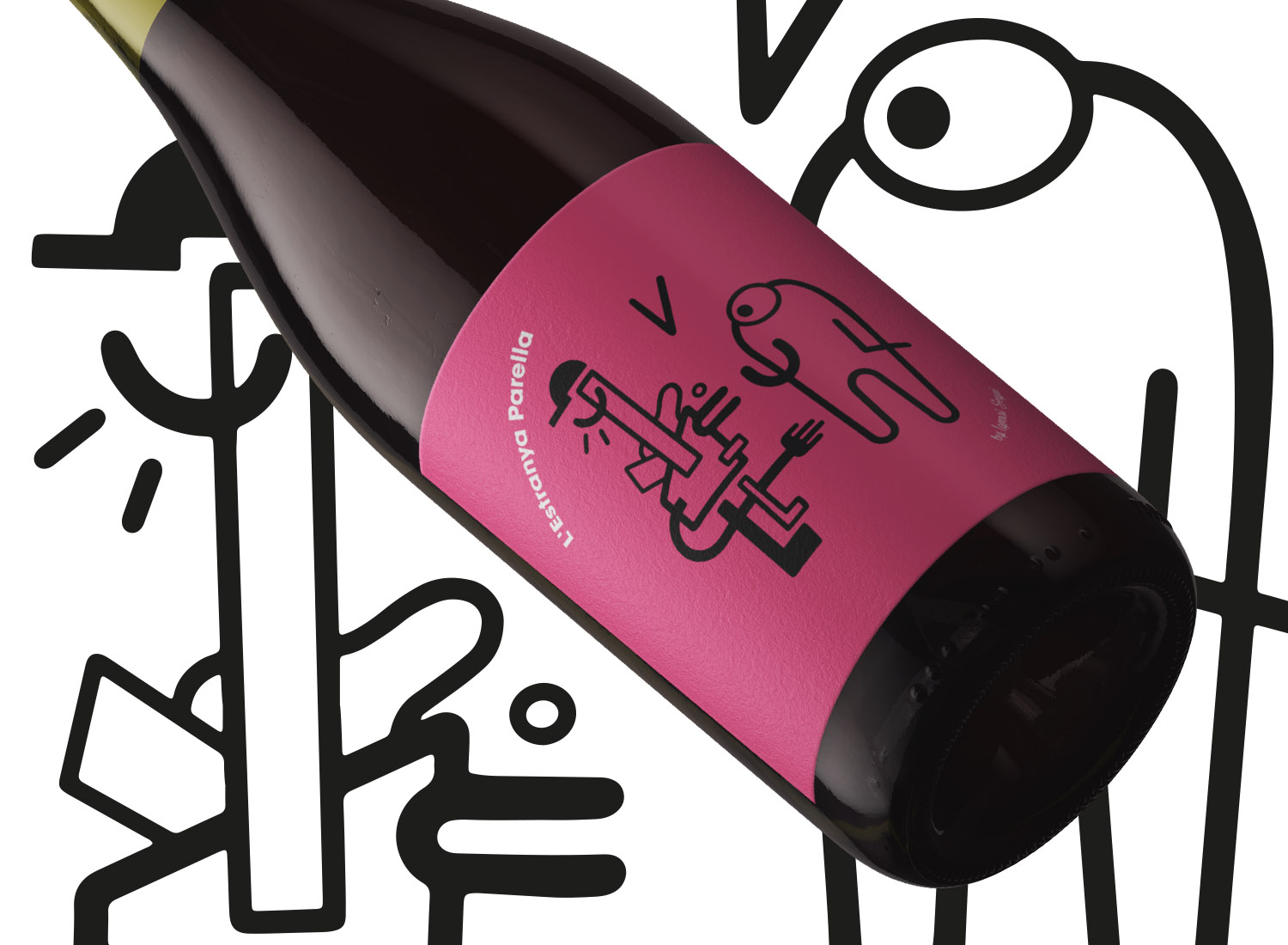 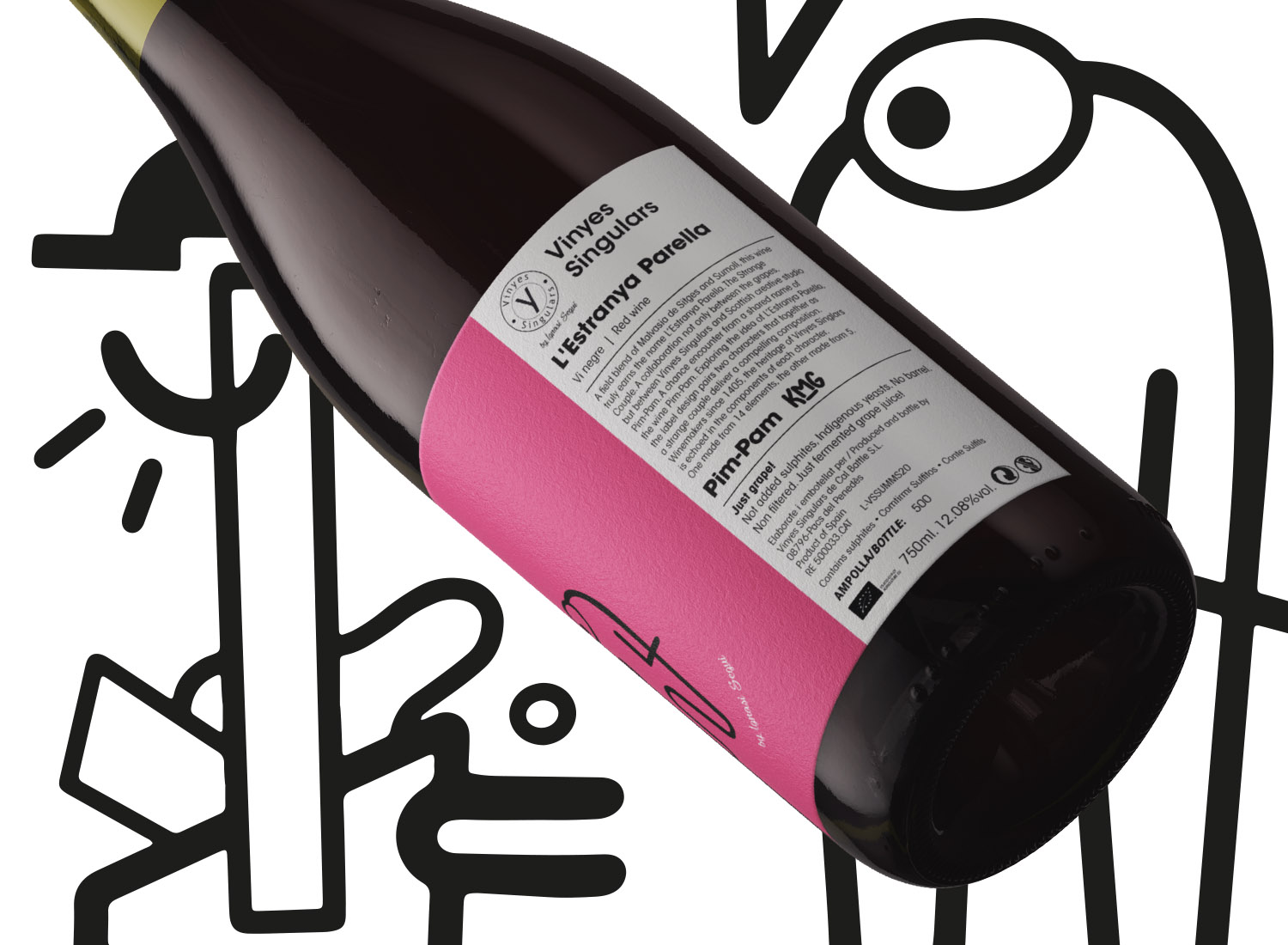 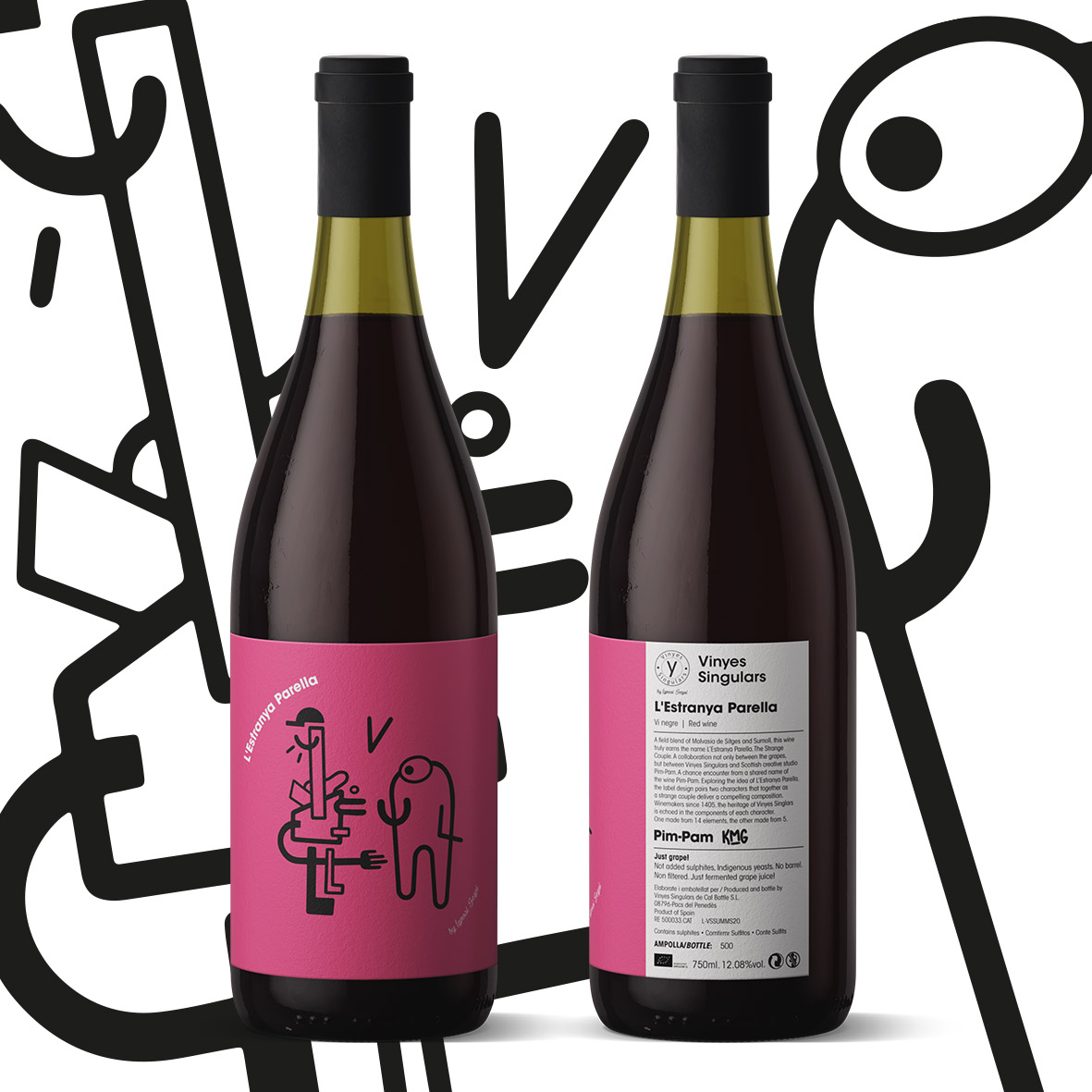 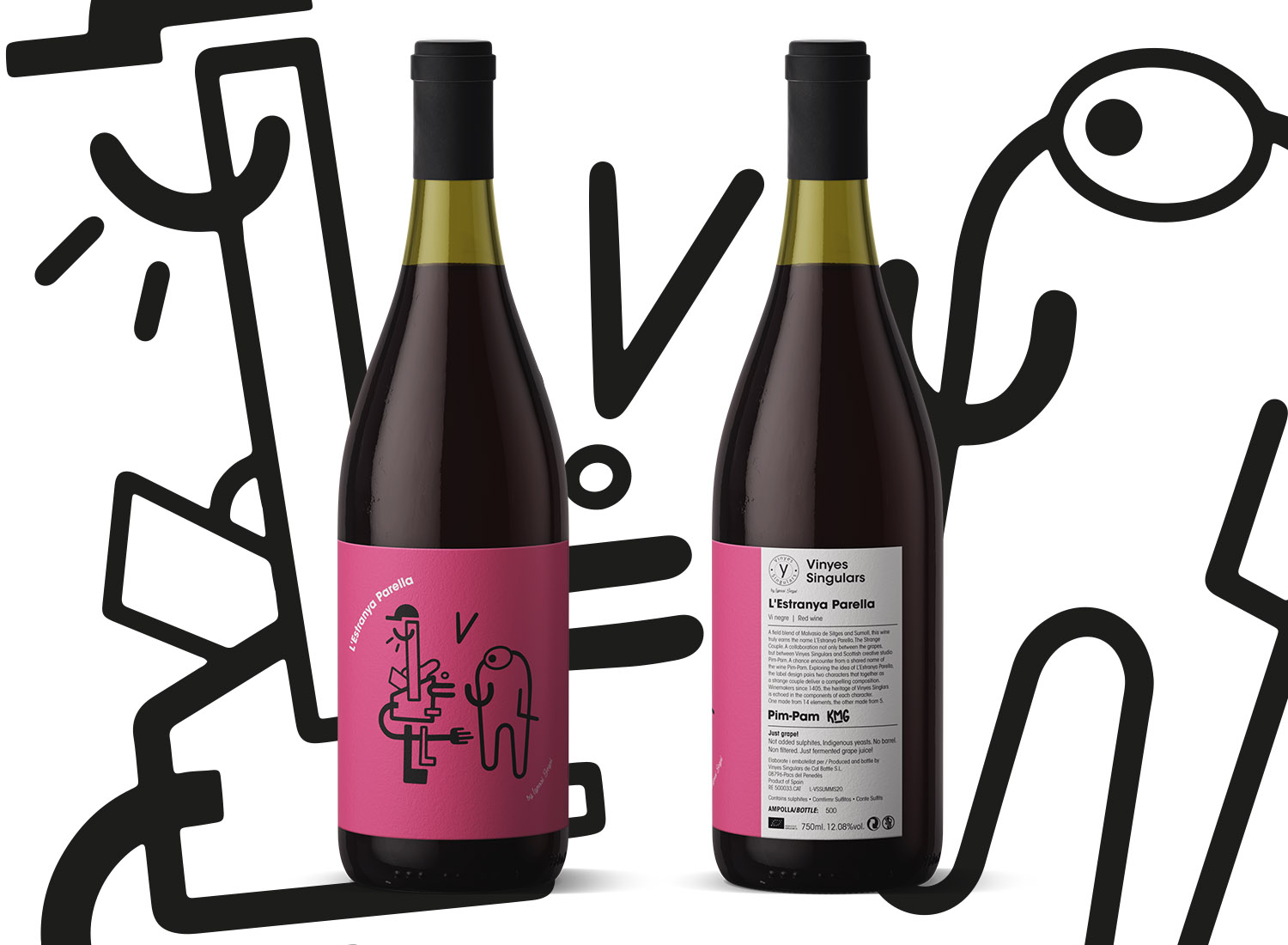