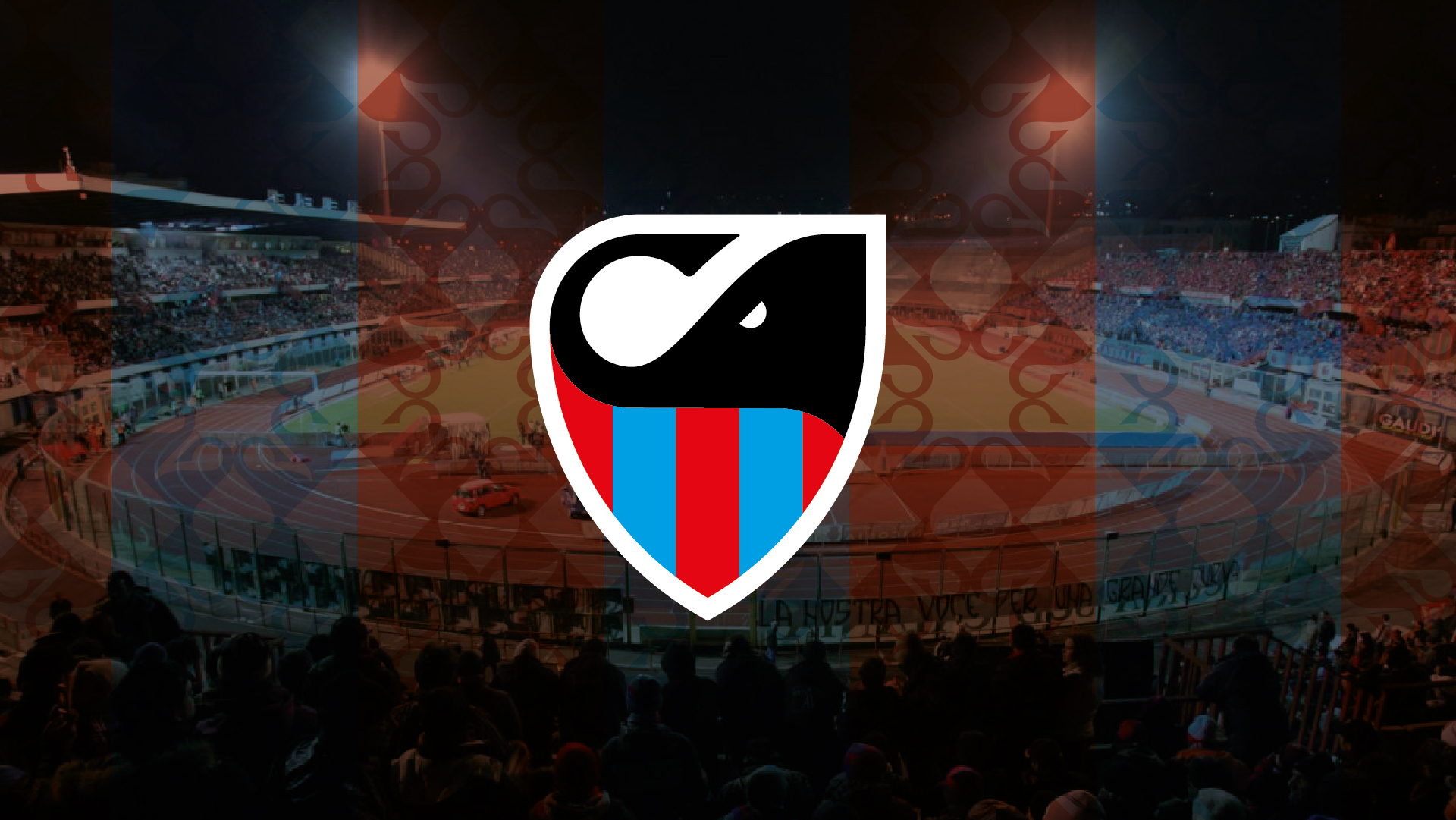 After the bankruptcy of the city’s football club after 75 years a new club was born to represent the city of Catania (Sicily) in the Italian leagues: Catania SSD.

The design of the new Catania SSD football crest was born as a branding system to support the strong bond and connection between the city, its inhabitants and the team which has always been one of the main pillars of local culture so much as to be perceived as an intergating part of territorial identity.

The desire to have the elephant and the red and light blue stripes was of fundamental importance in terms of values ​​to maintain a link with the past but to project design and communication towards a new future of rebirth for the Sicilian club that will restart from minor leagues but with the aim to fly soon on Italian major championship.

The black elephant made of volcanic rock, symbol of the city of Catania, was designed so that its trunk resembles a letter “C” of Catania. The elephant, called “liotru” acts as the header for a system that exploits the shape of the shield to dialogue with the most classic football languages ​​which becomes the background of the team’s naming or, stripped of the elements, a form of “heart” since it is in the soul of the fans.The crest of the rebirth of CataniaSSD has been welcomed by the fans who are starting to carry it in their banners and in their hearts. 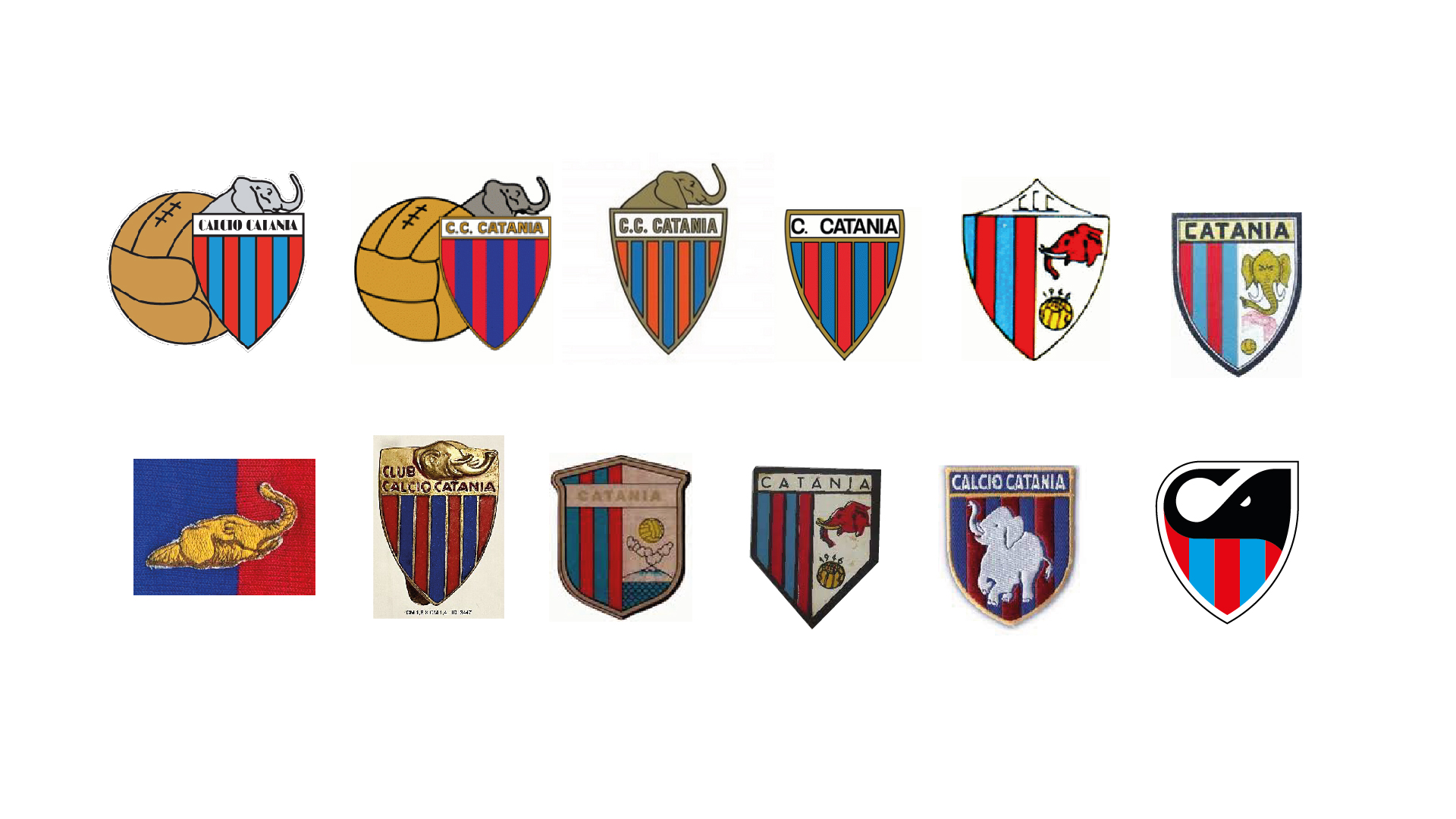 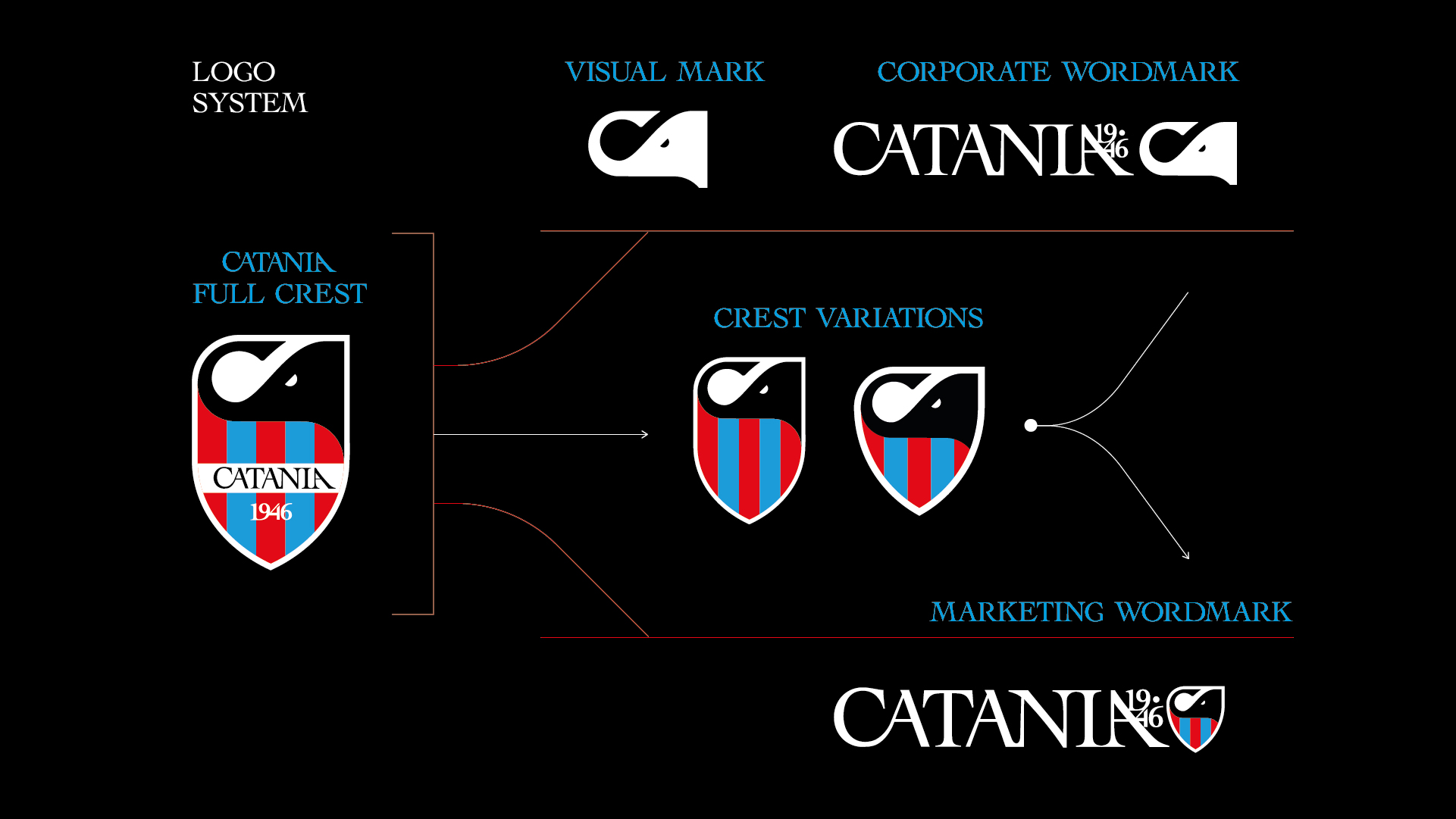 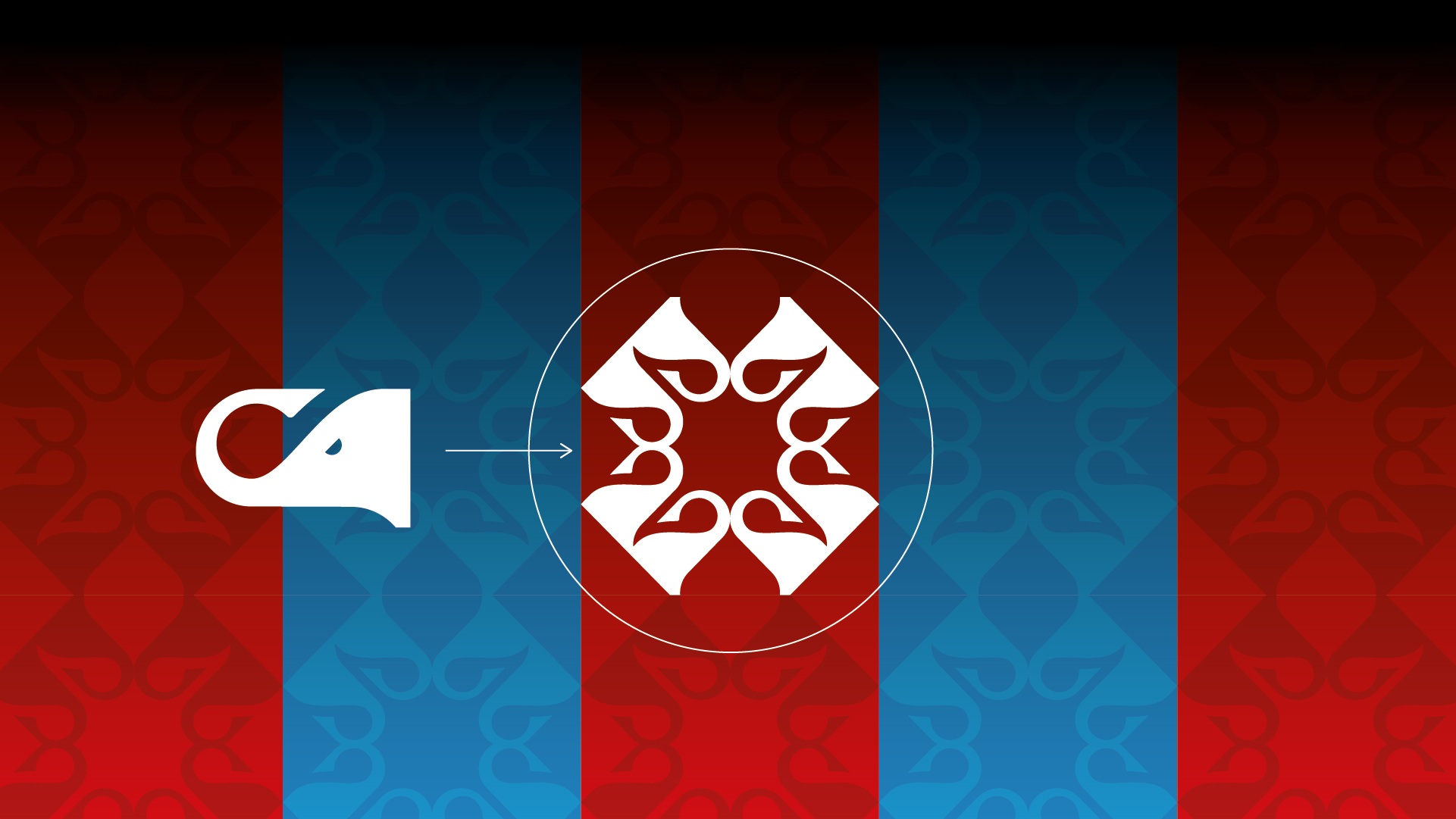 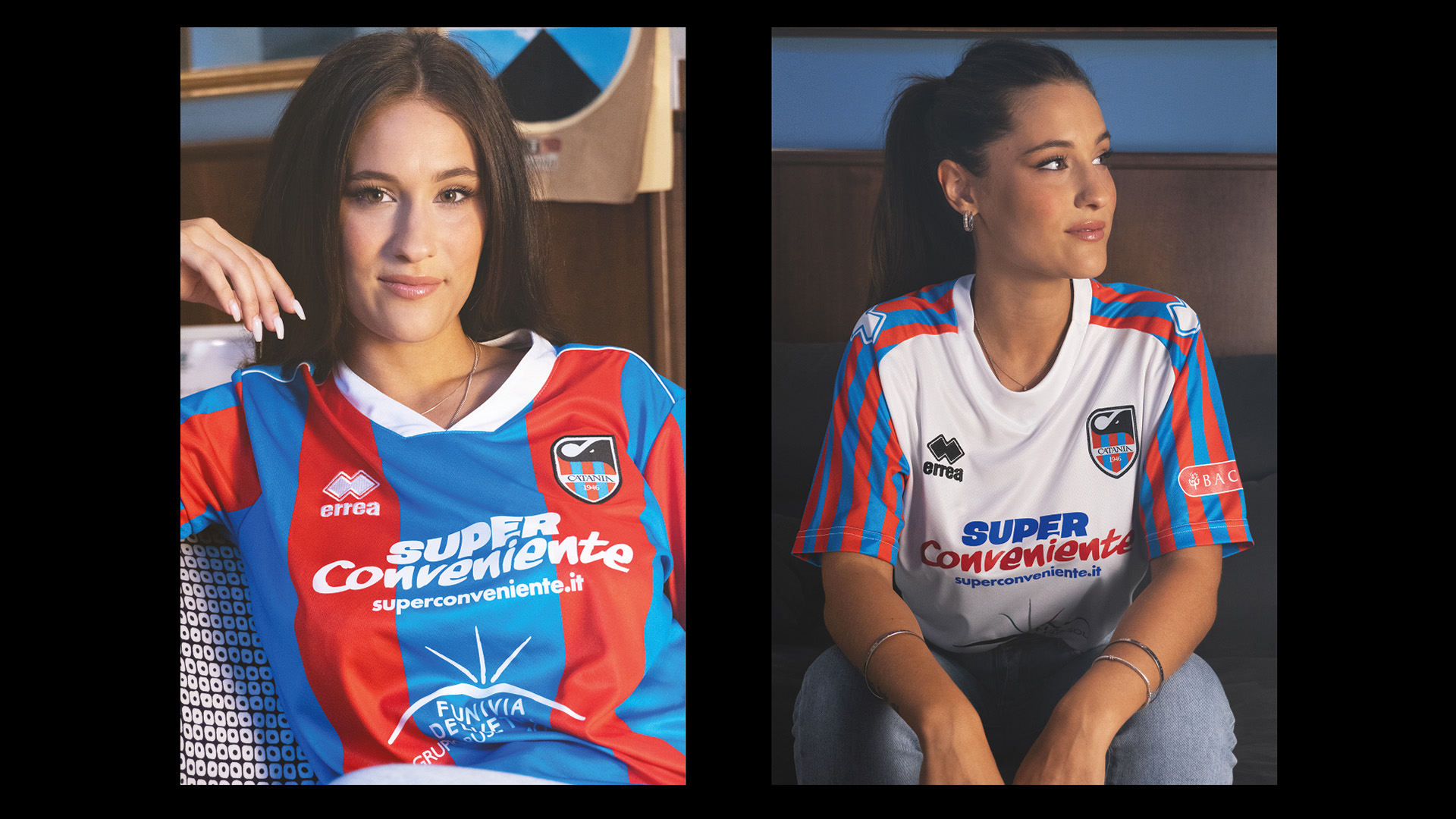