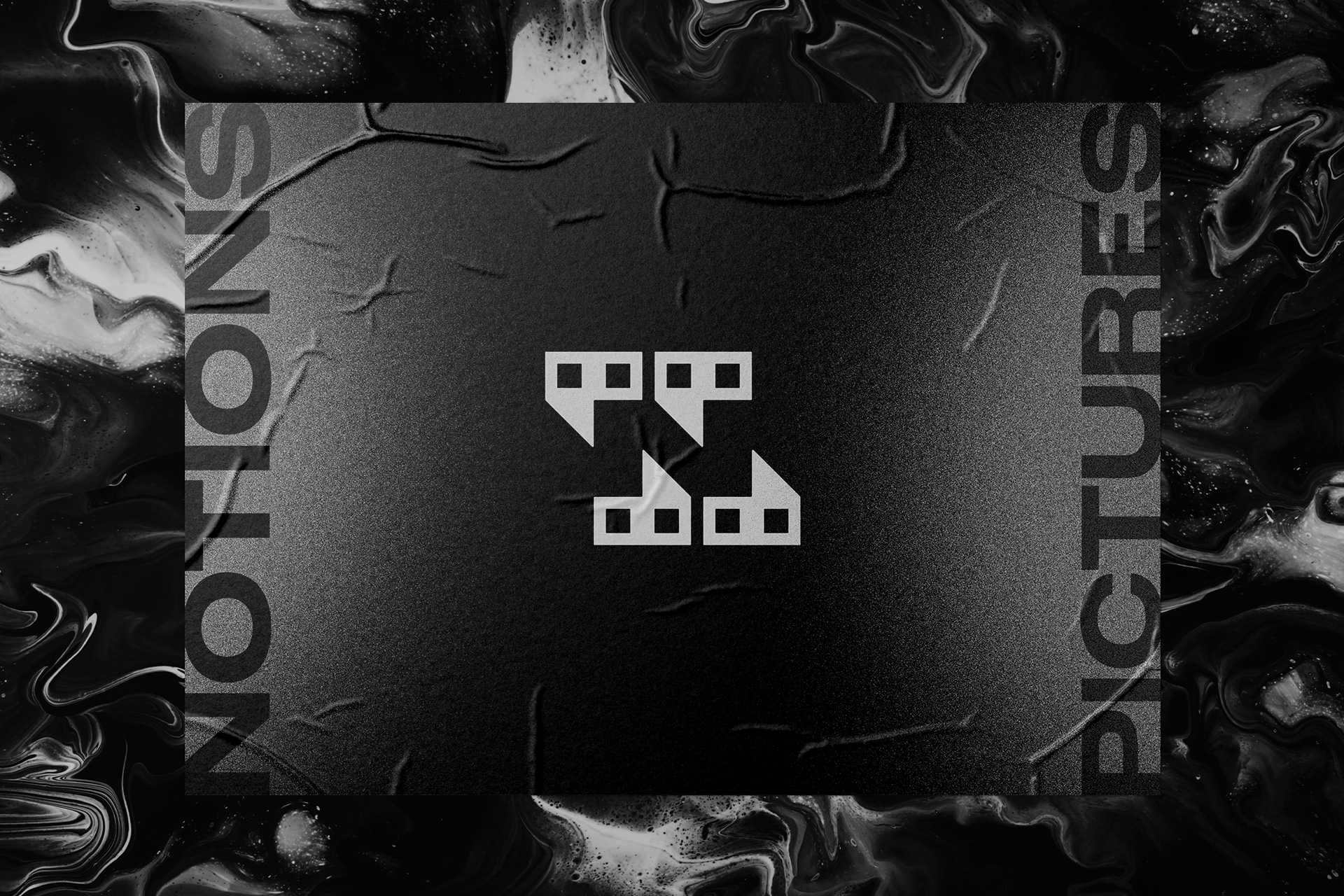 Notion Pictures is a producer and distributor in Saudi Arabia focused on films and series for cinema and Netflix. The company has this name because it believes that its stories make the public rethink its dogmas, its notions.

According to the company’s founder and director: “We chose this name because we are trying to build our stories around ideas that make the public rethink the postulates. This means that there is always another meaning that you never offer, you must question everything and look at the notion of it abstractly”. Therefore, this very important attribute needs to be present in the design of the brand, in addition to the segment in which it operates.

The idea started to emerge thinking about a creative way to unite 3 elements: what they do, the segment they operate and finally the company’s initial. However, somehow, the brand also needs to have something in the background, a meaning beyond the obvious, because in addition to this being the main position of the company, it is also present in the name. To achieve this, the decision was to work one of the 3 elements in the negative space, this space inverts our initial perception of the brand.

Thus, the solution was to unite the design of the quotation marks (which represents the beginning and end of a speech, a quote, a good idea) with the design of an old movie film reel (which represents the segment). With this merge, the initial brand is revealed in the negative space, referring to the change in perception / notion that the company offers in its productions.

The choice of black and white goes back to the beginning of the history of cinema, it brings a noir atmosphere to all future creations of the company. But the main point about the color decision is that this brand will turn into vignette animations (openings) in the future, adapting in colors and patterns that are in line with the production in which it is inserted. A pattern based on brand elements was also created, which also has this visual flexibility in the use of colors. It is an infinite graphic universe to be explored.

The applications also make it possible to graphically explore visual elements of classic cinema in an indirect way. An example is a business card that has been designed so that it resembles a clapperboard. In other pieces this sensation is also noticed.

The brand is currently in the implementation stage and we will soon be impacted with its productions. Stories are made up of good ideas. Good ideas have the power to change visions, dogmas, postulates and NOTIONS. 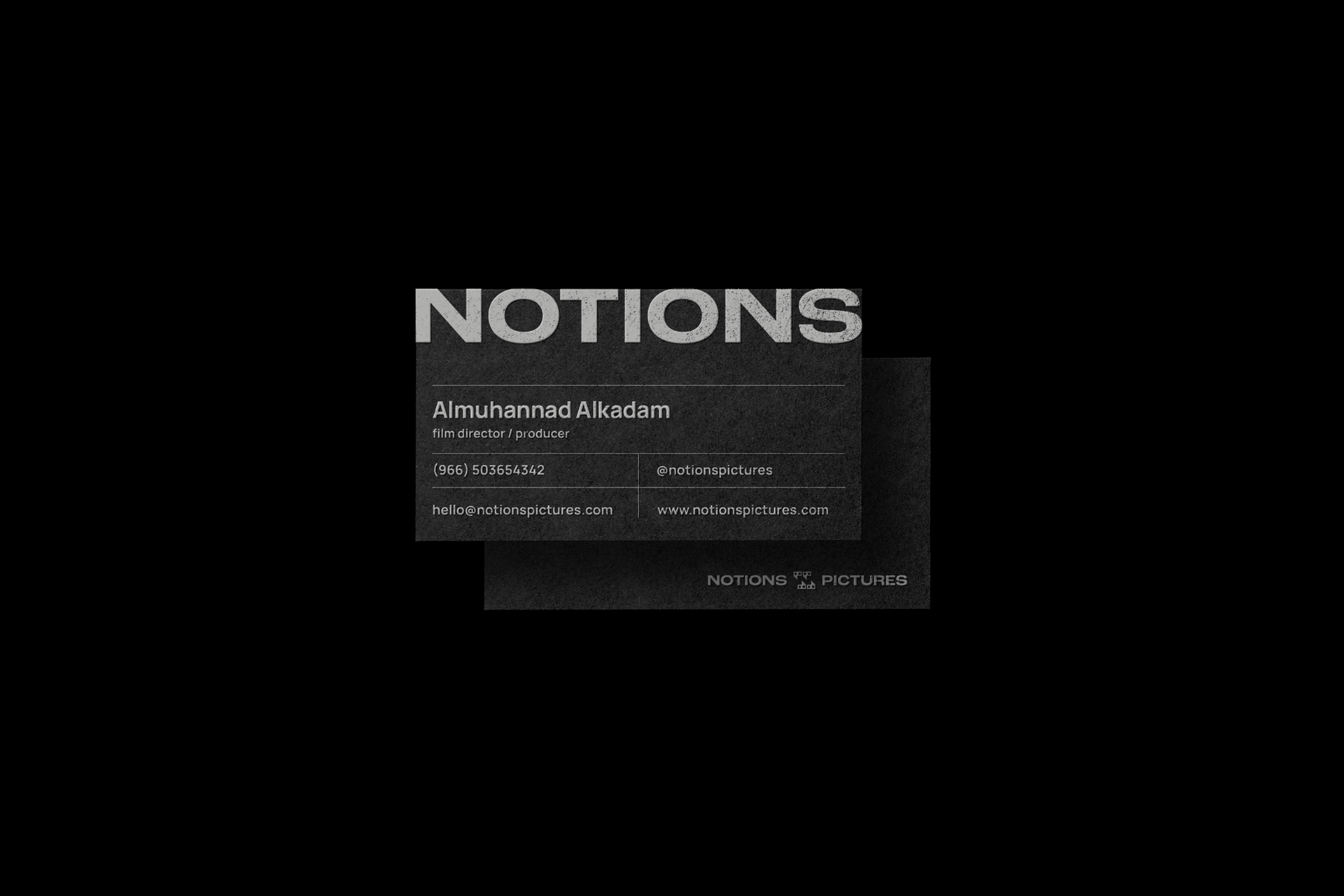 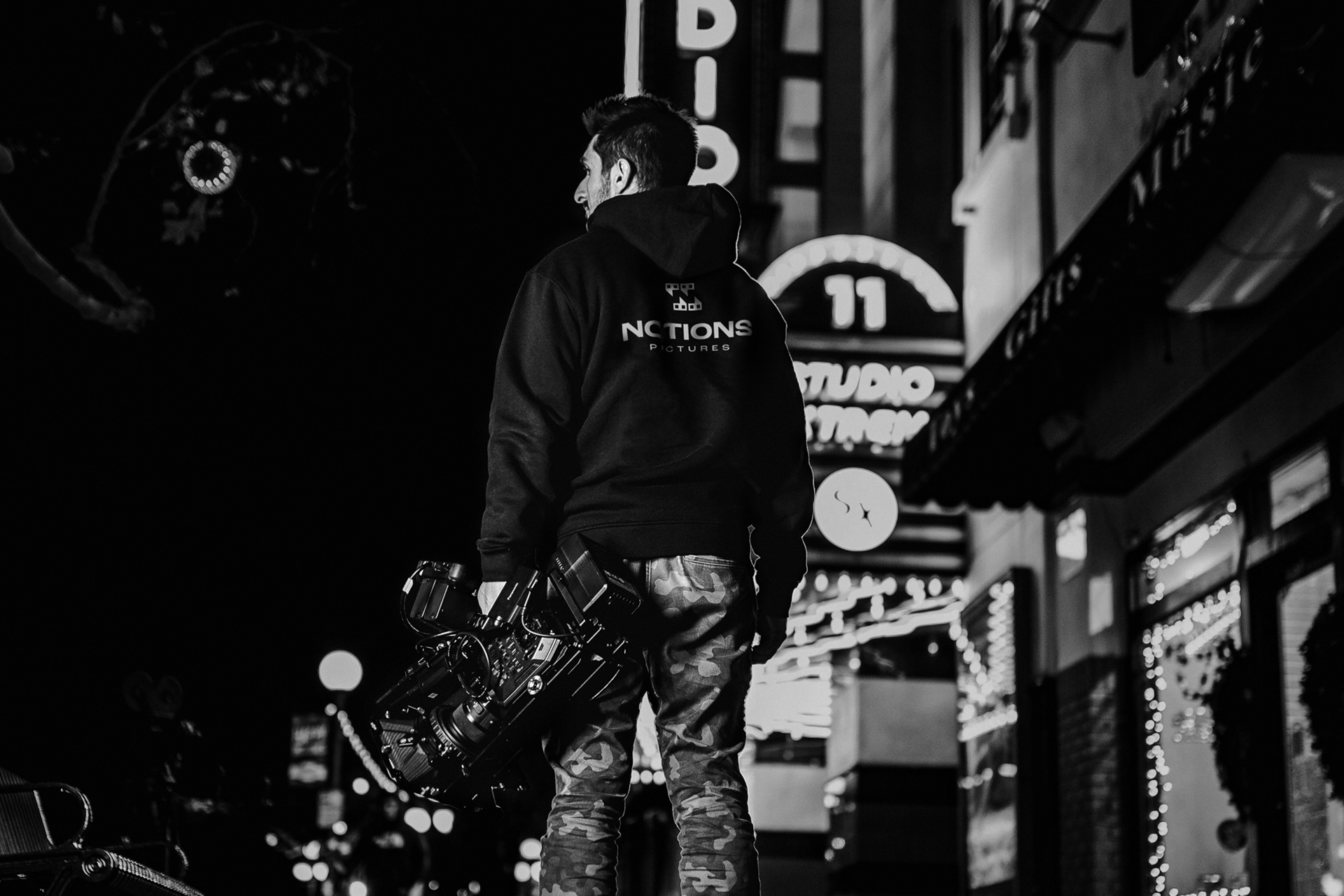 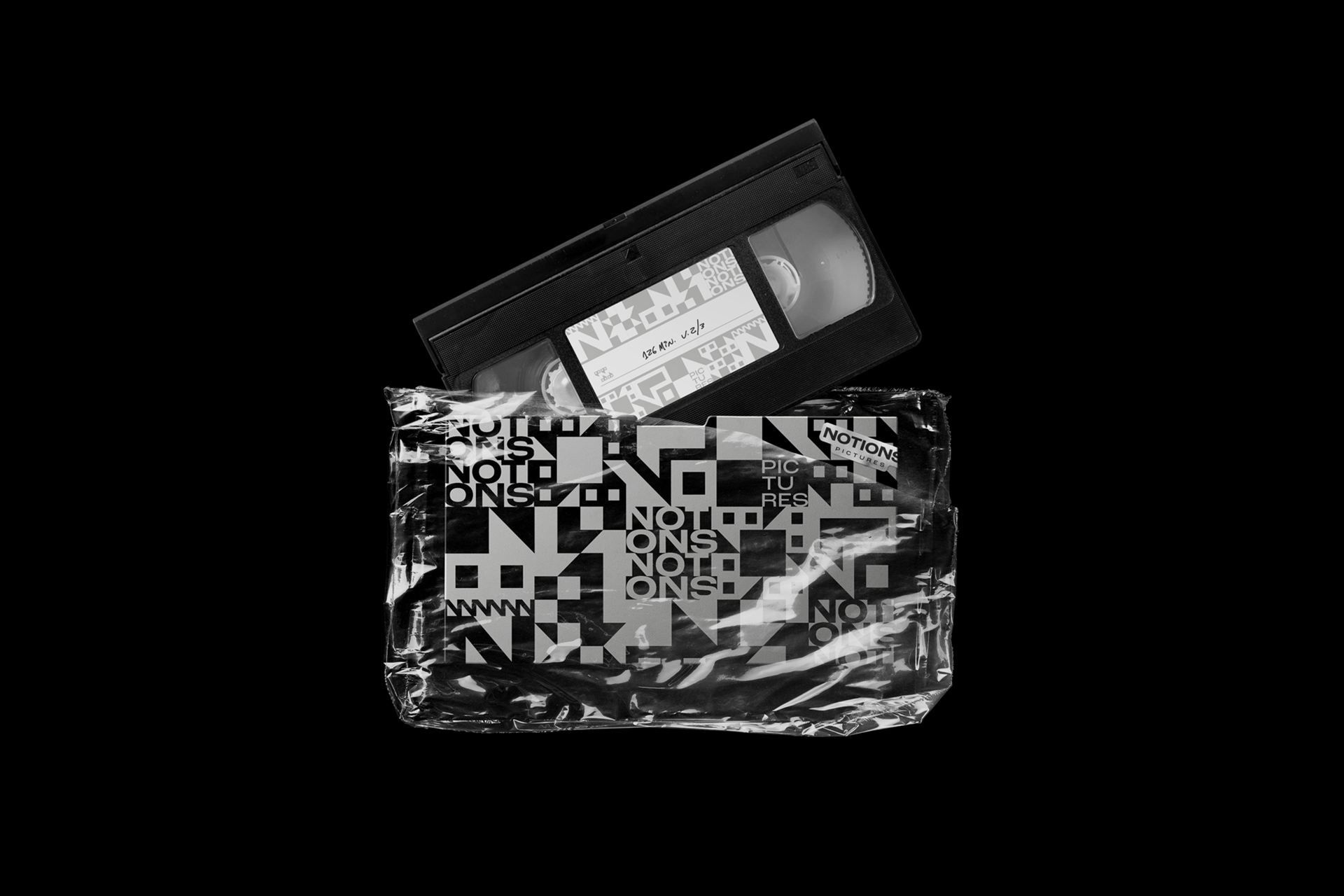 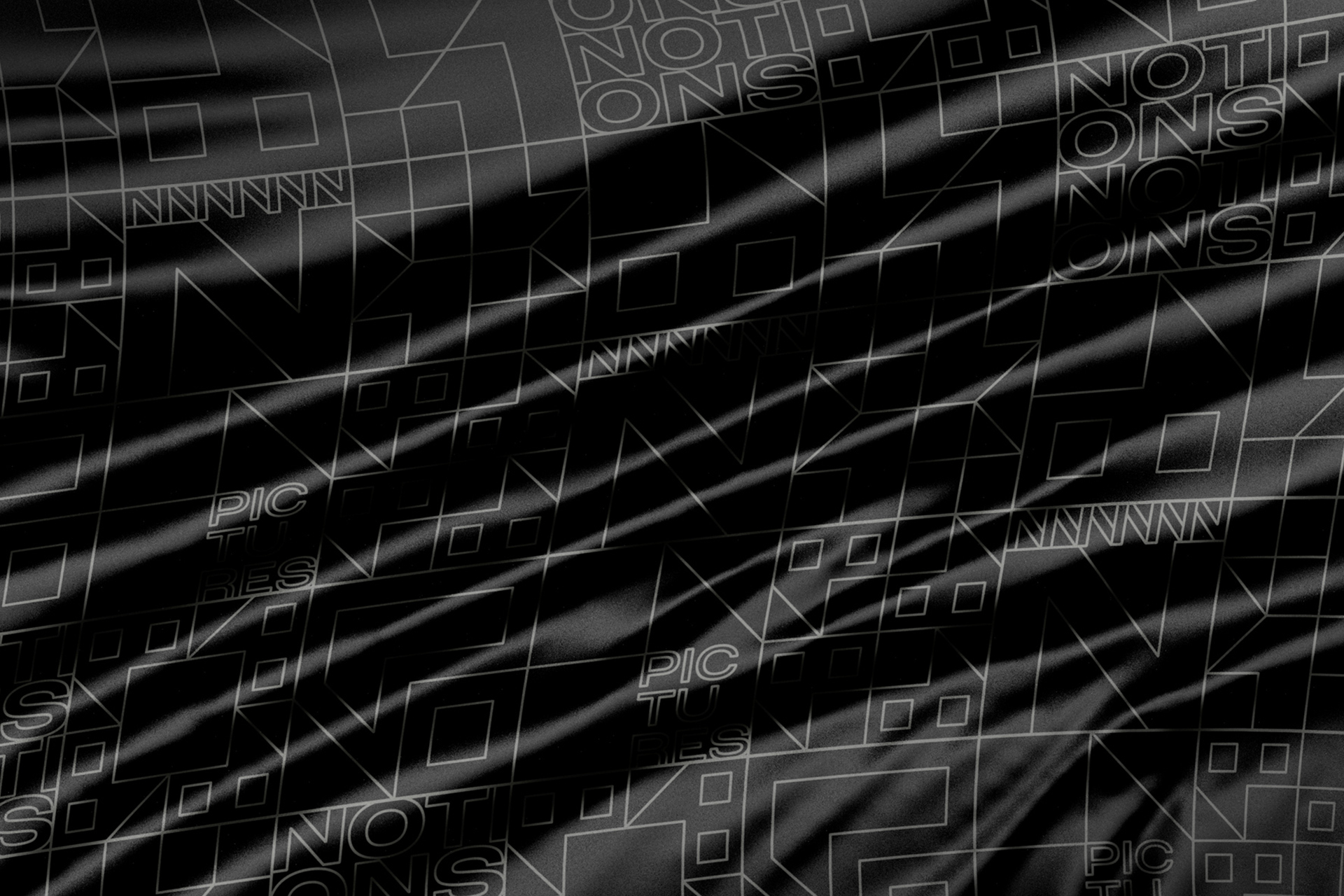 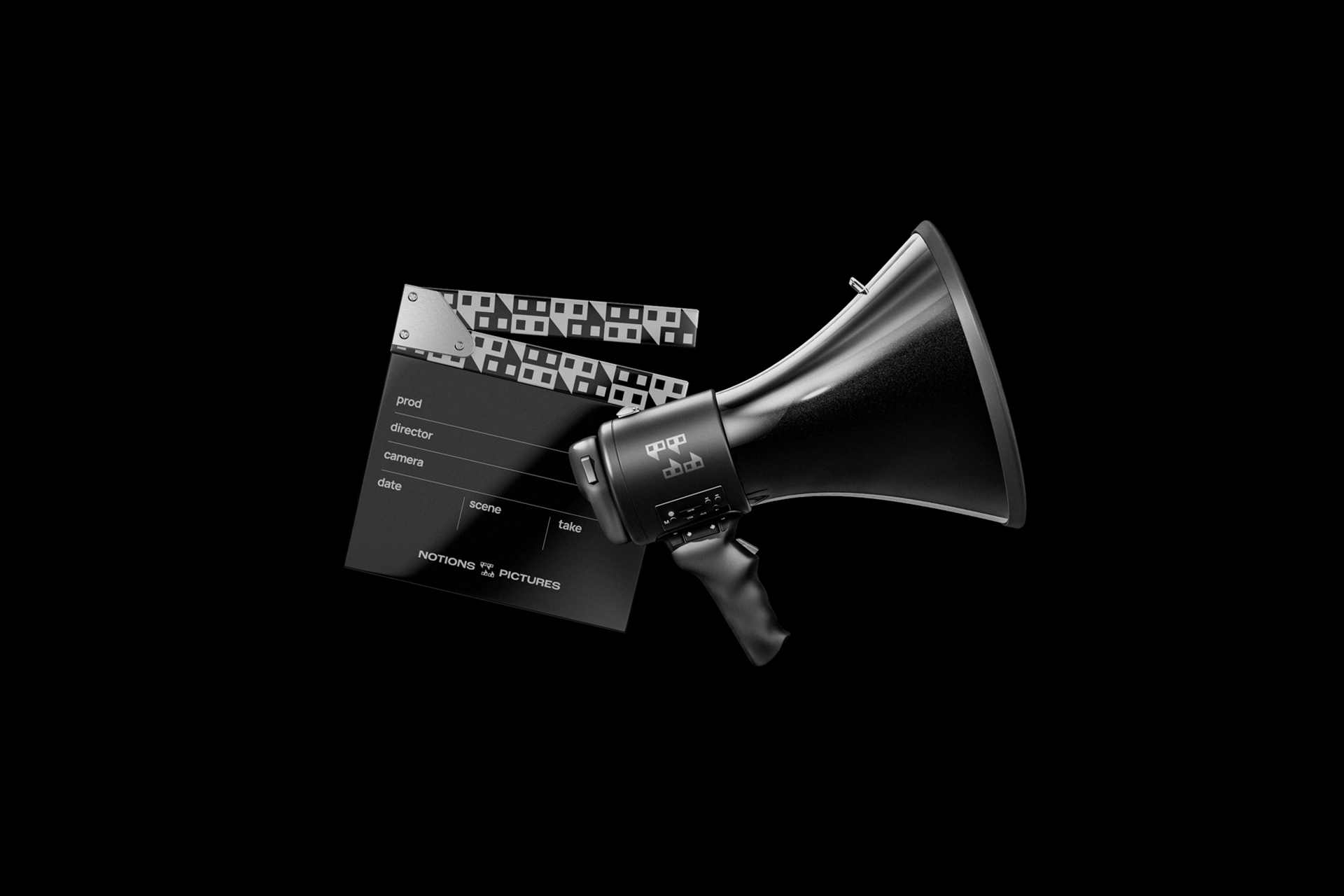 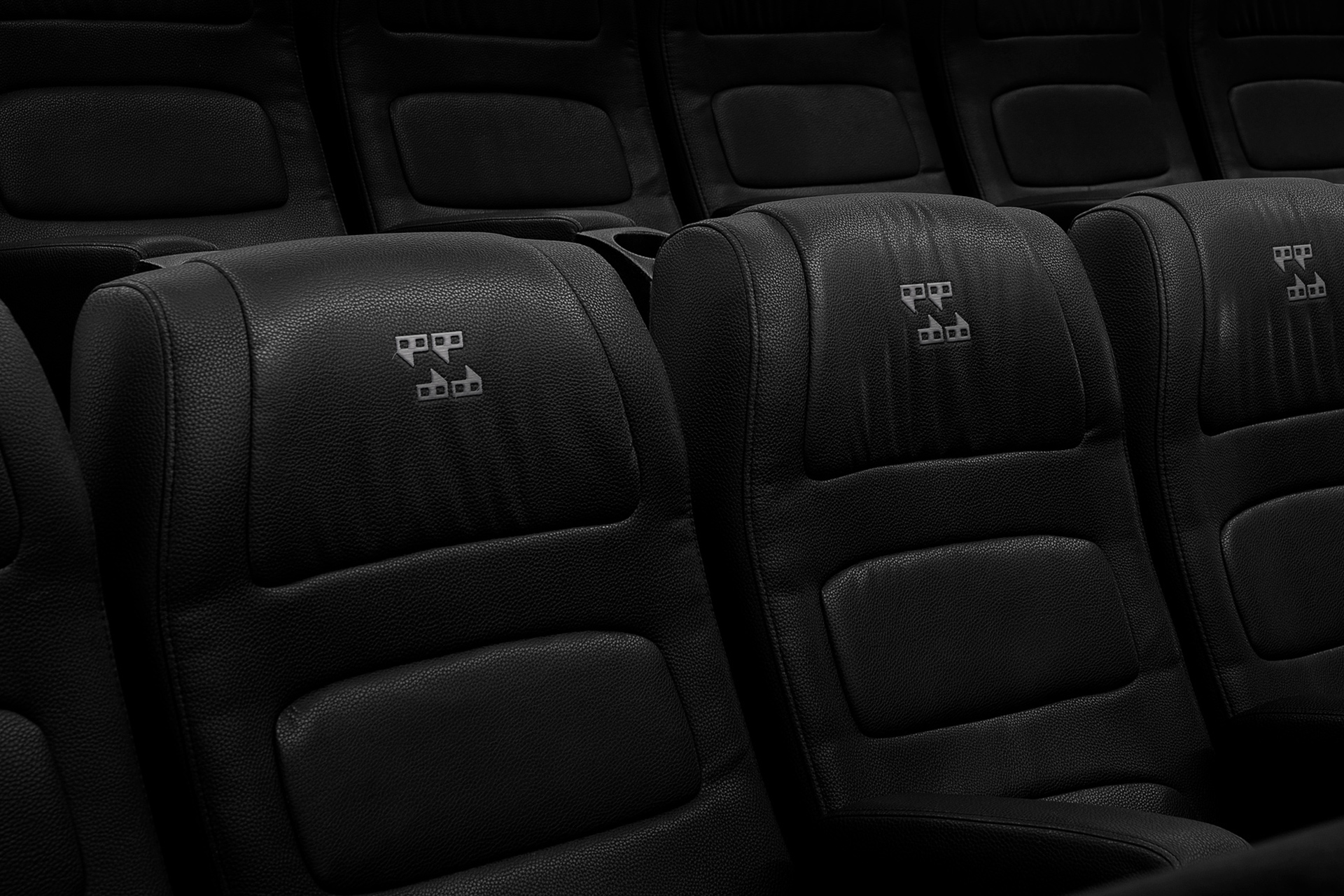 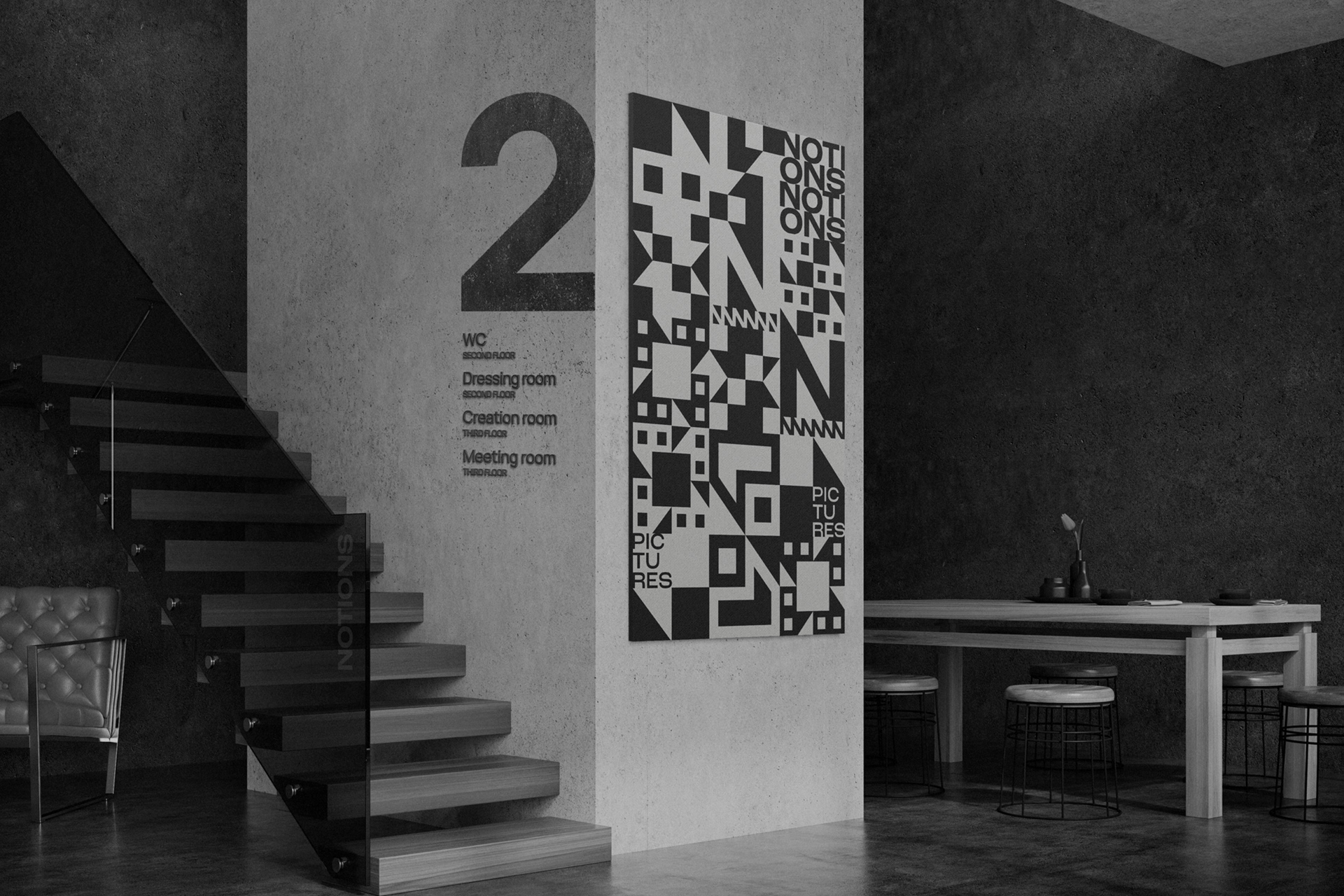 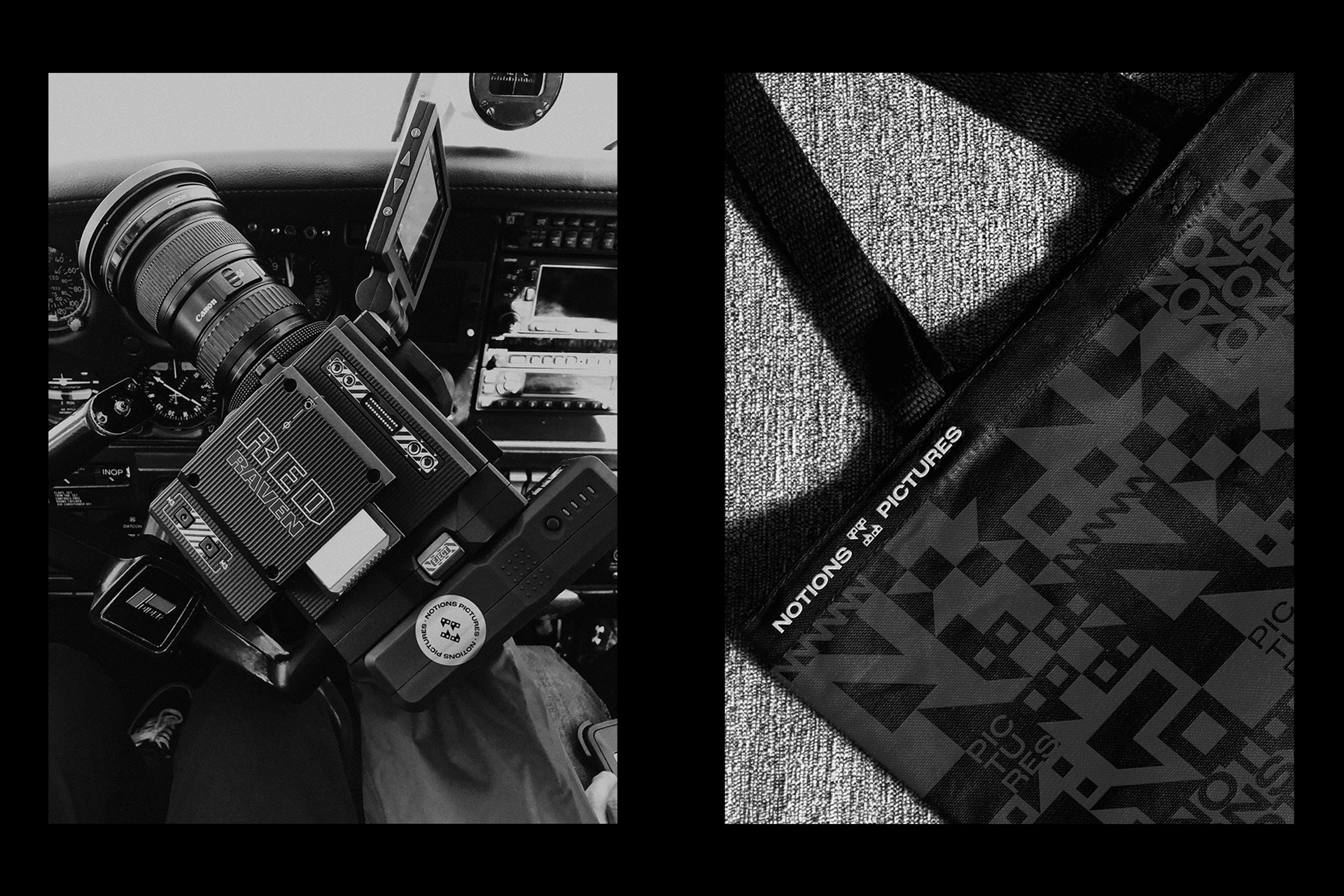 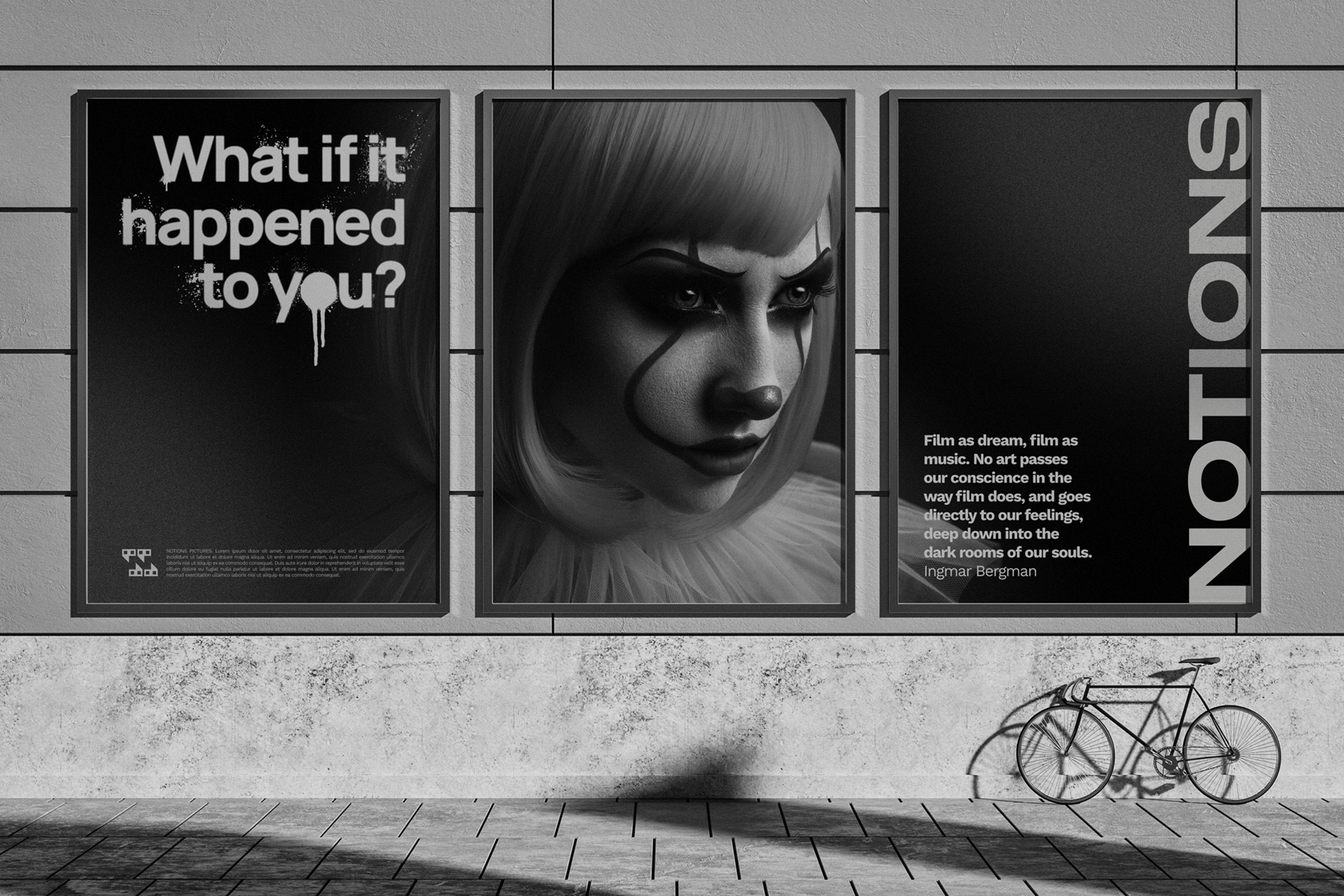