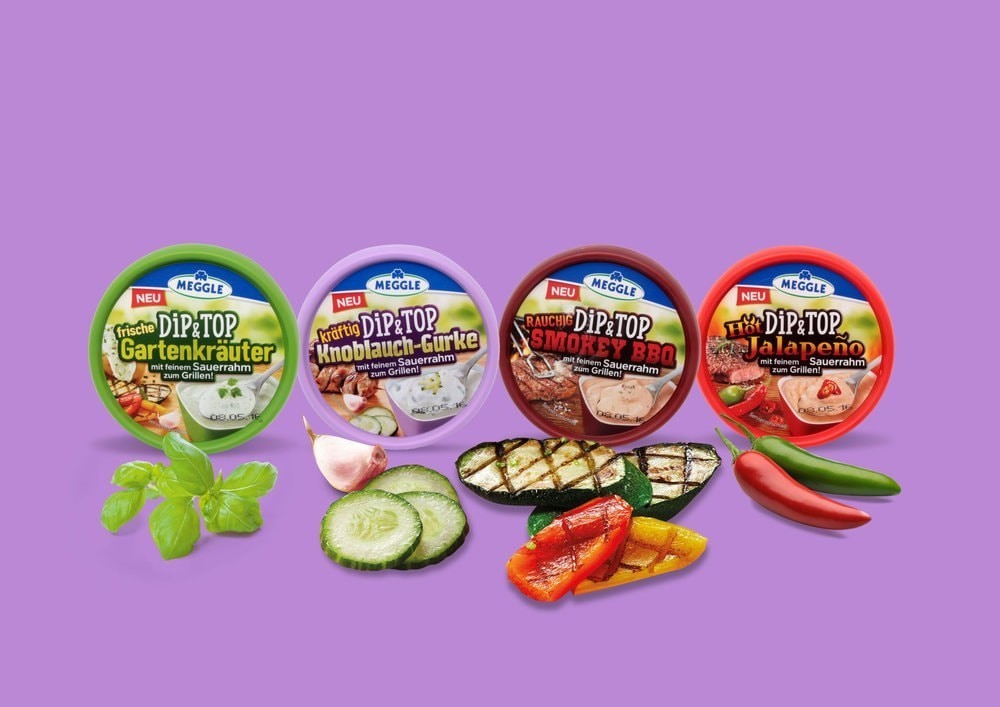 “B+P Creality designed a new packaging for the company Meggle. The most popular Meggle product in Germany is definitely herb butter in roll form, which package was also designed by B+P Creality. But this year Meggle decided to expand its product line and to introduce the invention for German barbecue buffet – „Meggle Dip + Top”. The product is literally a grill cream, which can be used both as dip sauce (to dip your food in) or as top sauce (on top of the food). That´s how this playful „Dip + Top” name appeared as the wordplay with the youth exclamation „Tip-Top”.

Already from the name it becomes clear that the product was aimed for younger target group. Therefore, special requirements for packaging design: young, vivid and dynamic. And all this in four modern and trendy varieties.

So the main goal of B+P Creality while working on this project was to combine the well-known and traditional Meggle brand with the young and mobile character of the new product. That´s how the creative mixture of traditional Meggle logo on top and colourful pictures with a lot of eye-catching images appeared. Among them a spoon that invites you to try the creamy sauce immediately!” 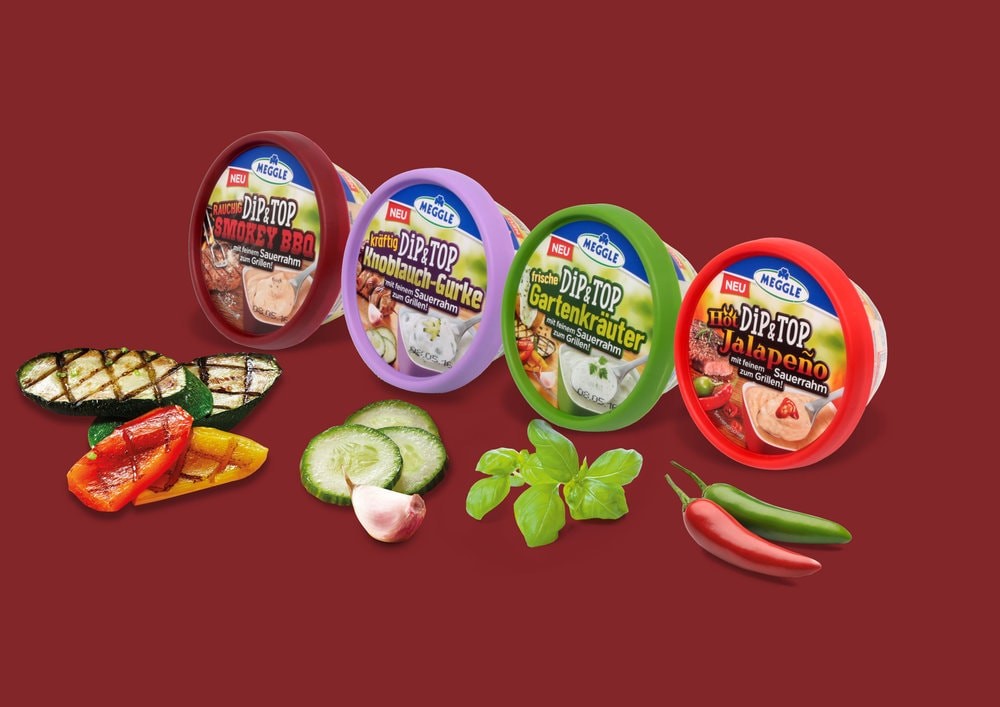 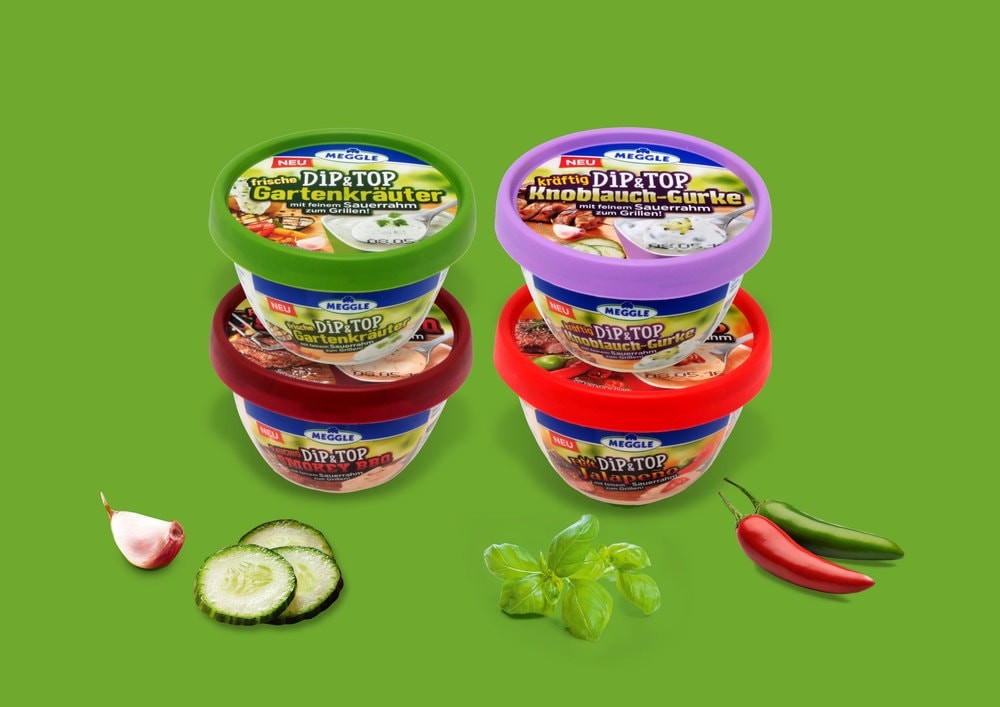 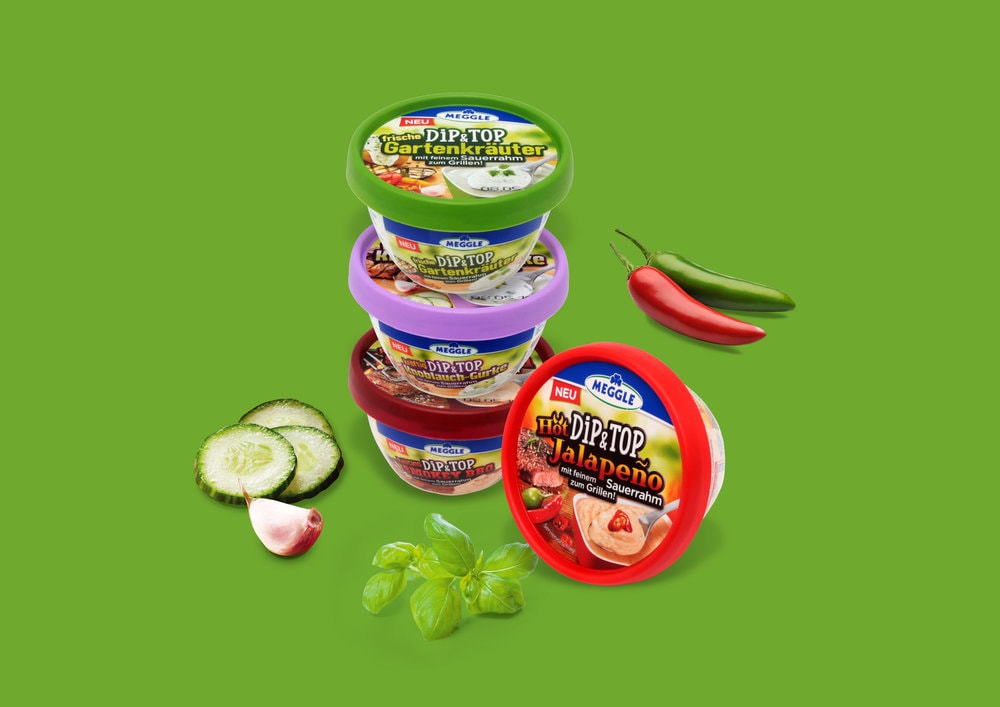 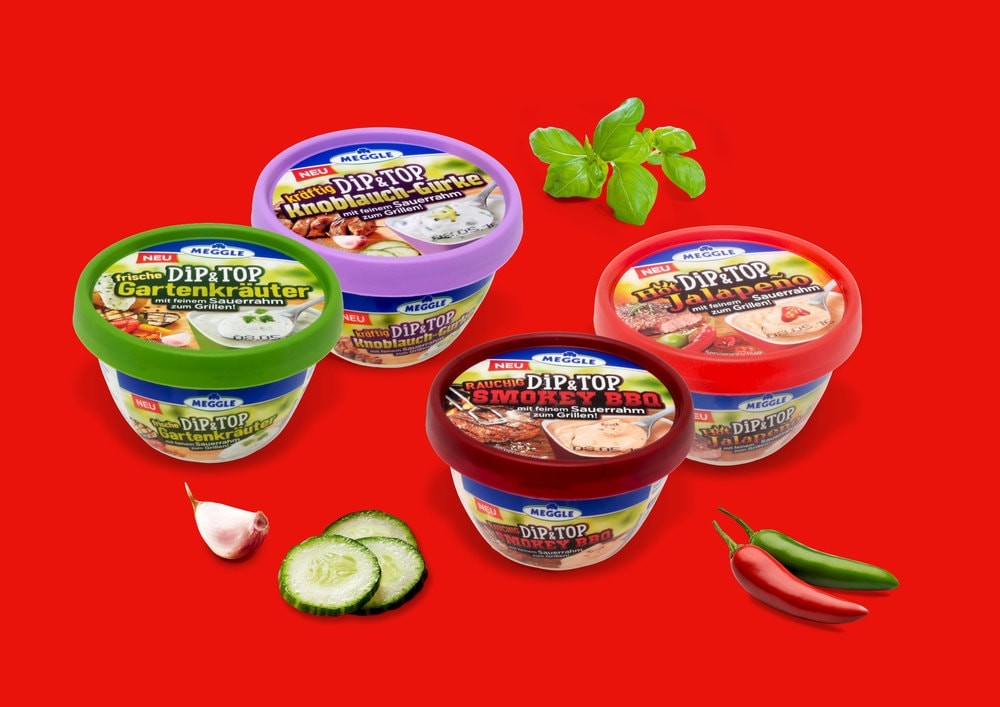 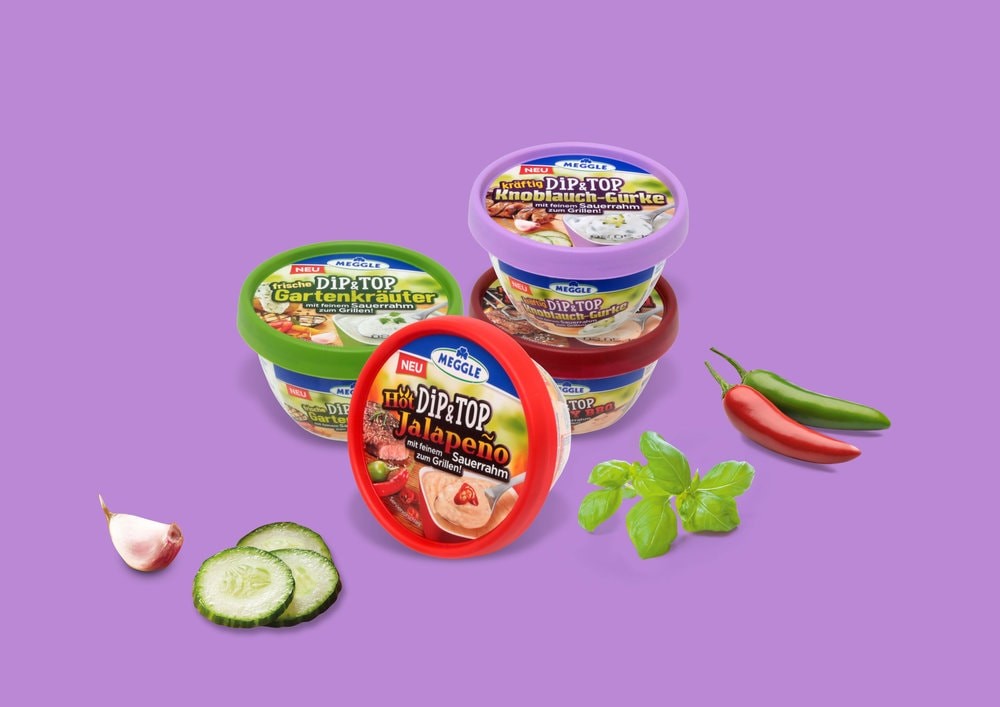 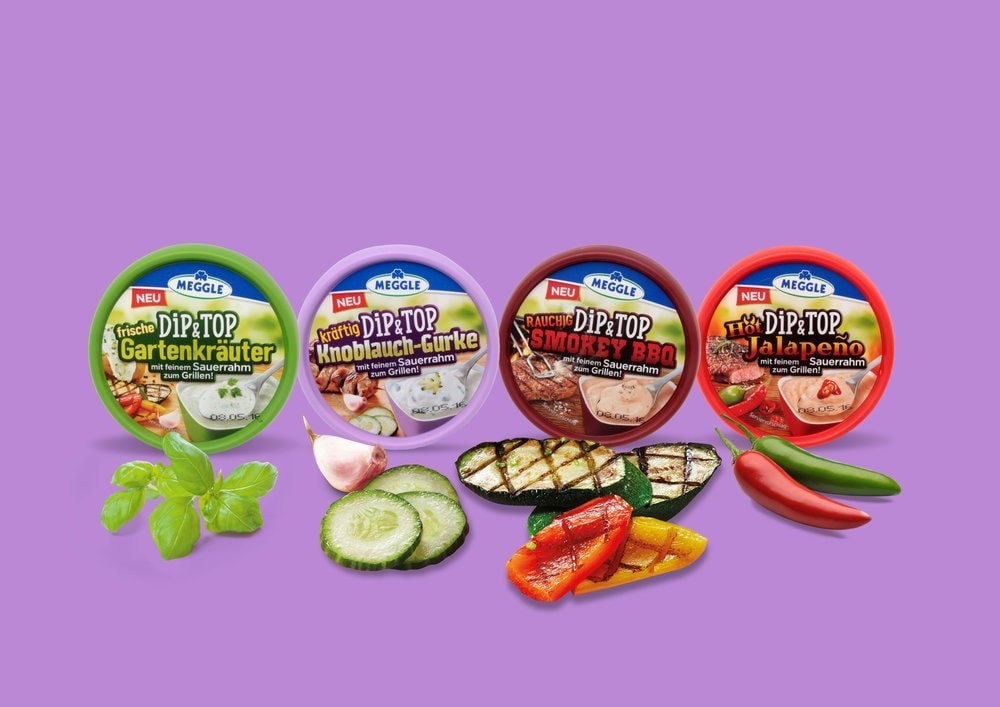