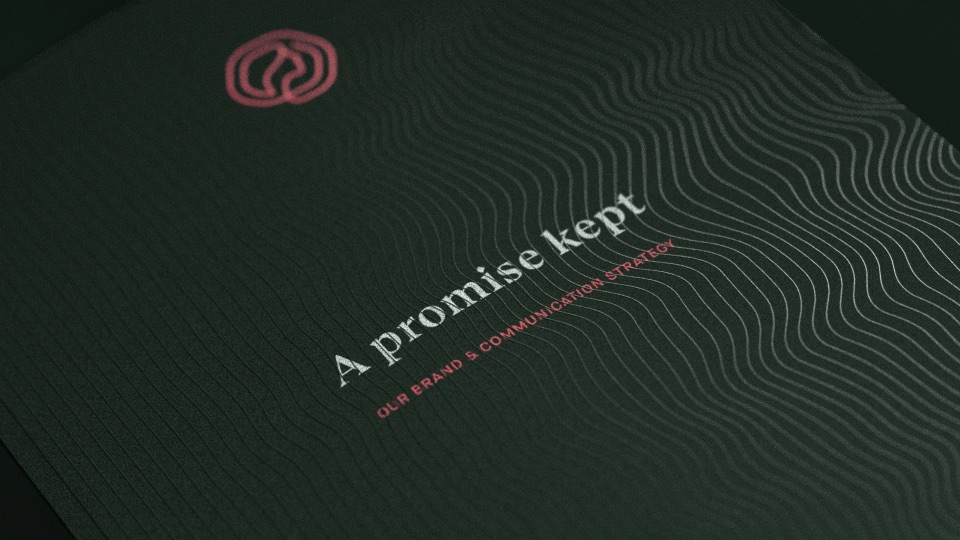 Kind has developed the new brand and communication strategy for the merger between three maritime veterans; Torbas, Seaprime Group and Lyng Group. The merger forms an unwavering rock of a company, gathered under the new brand name, Babord.

Heritage is not only a thing for hindsight. It is always being created and renewed. Over a hundred years of maritime traditions of shipyards, fishing fleets, and fish processing are now merged into one business. The real value of owning the value chain is further enhanced, through one common brand name, one mission, one vision and one set of values.

As guardians of these Norwegian seafaring traditions, the company have taken the name Babord.
The word is similar in on most major European languages, including Dutch, French and Scottish. This makes it a word and a name that is Norwegian, but still internationally understood.

Babord comes from the old Norse word bakbor – meaning ‘rear board’ – but which came to mean much more to our seafaring forefathers. On the traditional boats, the steering oar was found on the starboard side of the vessel – while the bakbor – was located behind the helmsman. Thus, the mariner working the rear board – the Babord – was trusted to have the captain’s back, and was essentially the guardian of the vessel.

The groups business is built on trust, so we need a strong name. Babord is a masculine word, that balances the tone of voice, which is warmer, and more feminine. We wanted to find something sturdy, that had ties to both the fishing fleet and shipyard, as well as the marine and nautical. This was important in order to gather the group under one name that could suit all.

The name is also a direction; left. The direction is used a lot for positioning branded elements within layouts, as most sits on the left side, and ‘grows’ to the right. In cinema ships sailing to the left of the screen, are heading home or back. This adds to the hole brand story about fishermen going out to see, and returning again.

Babord has gathered the three maritime giants to one group, with a name suiting a seafaring bauta. 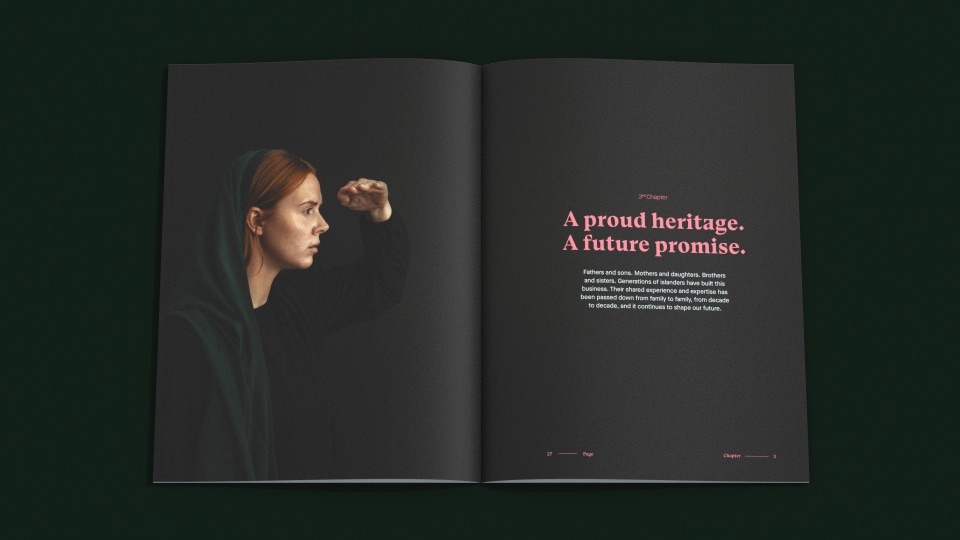 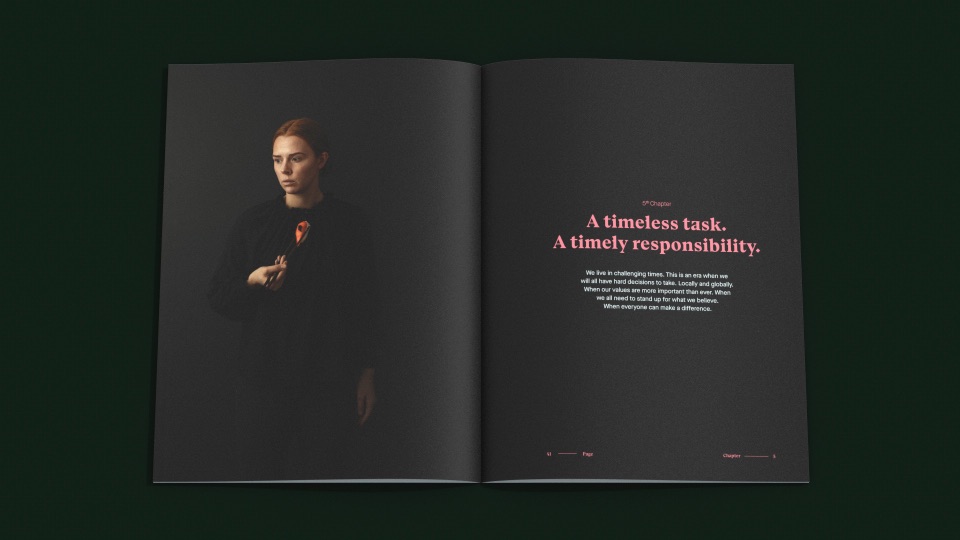 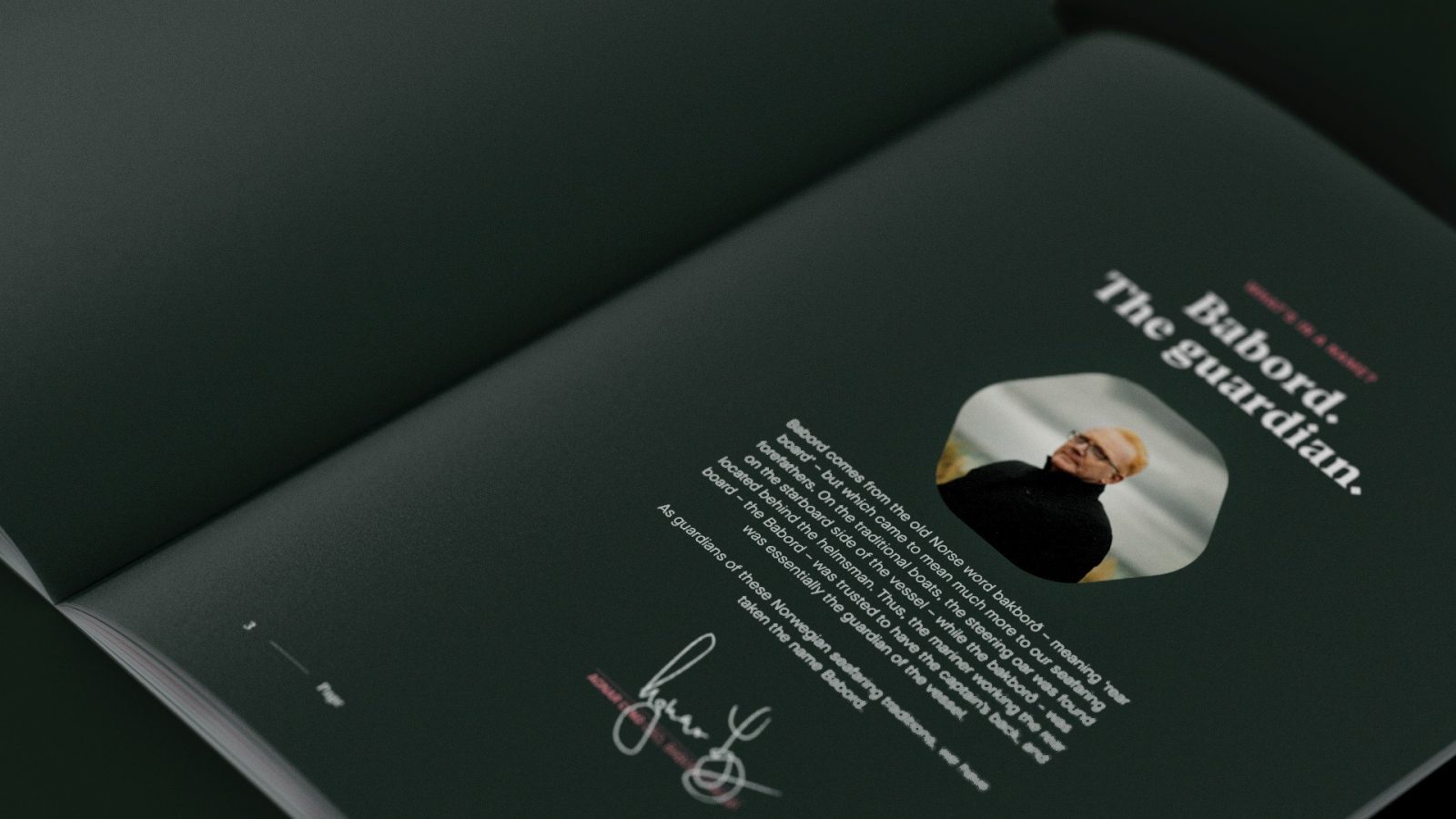 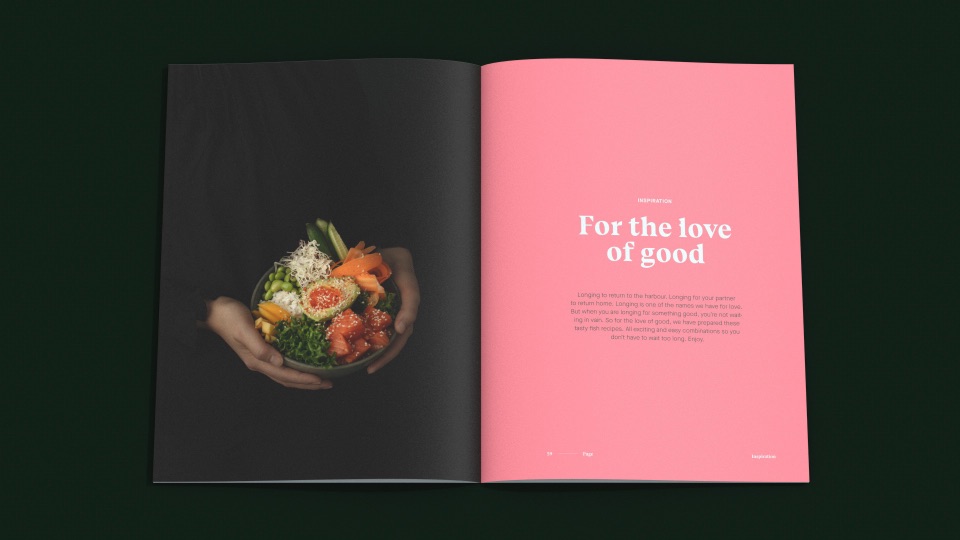 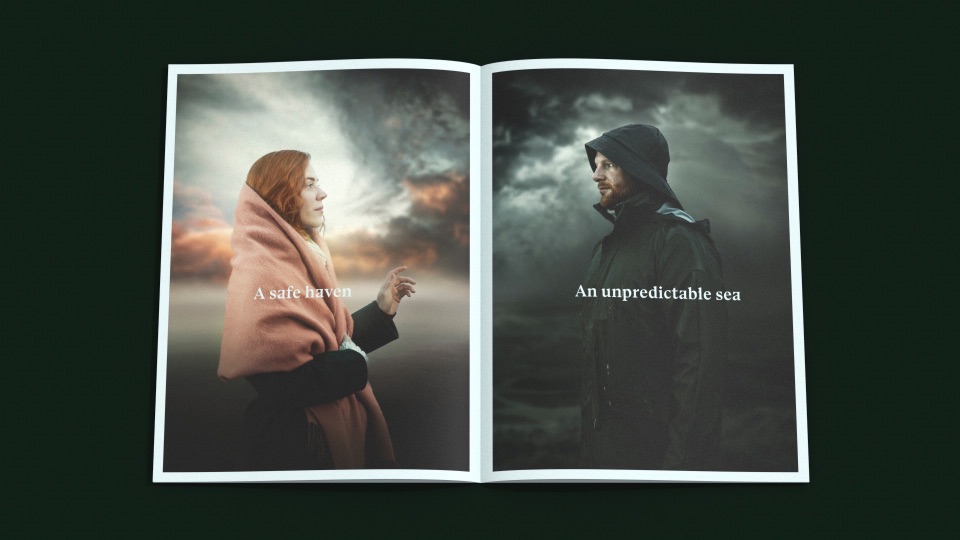 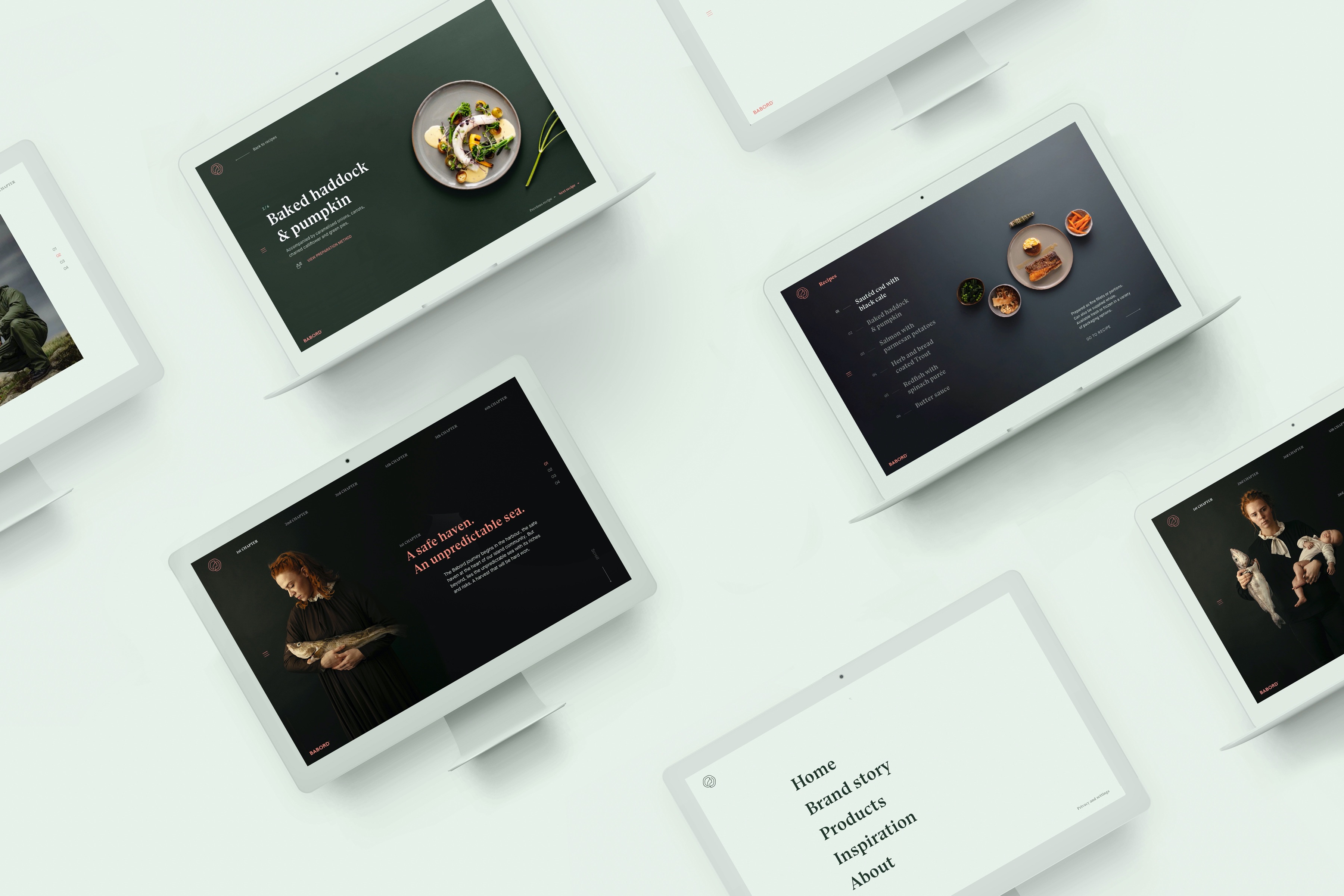 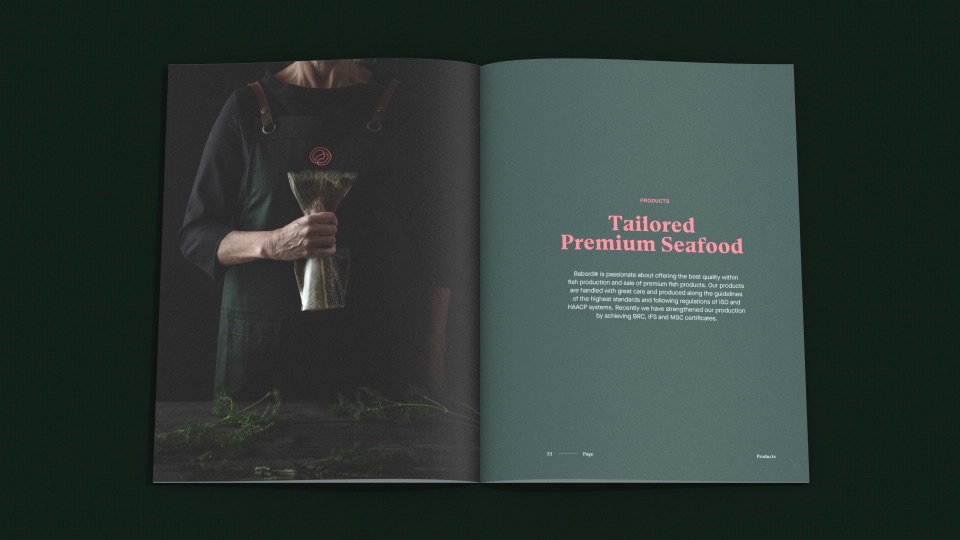 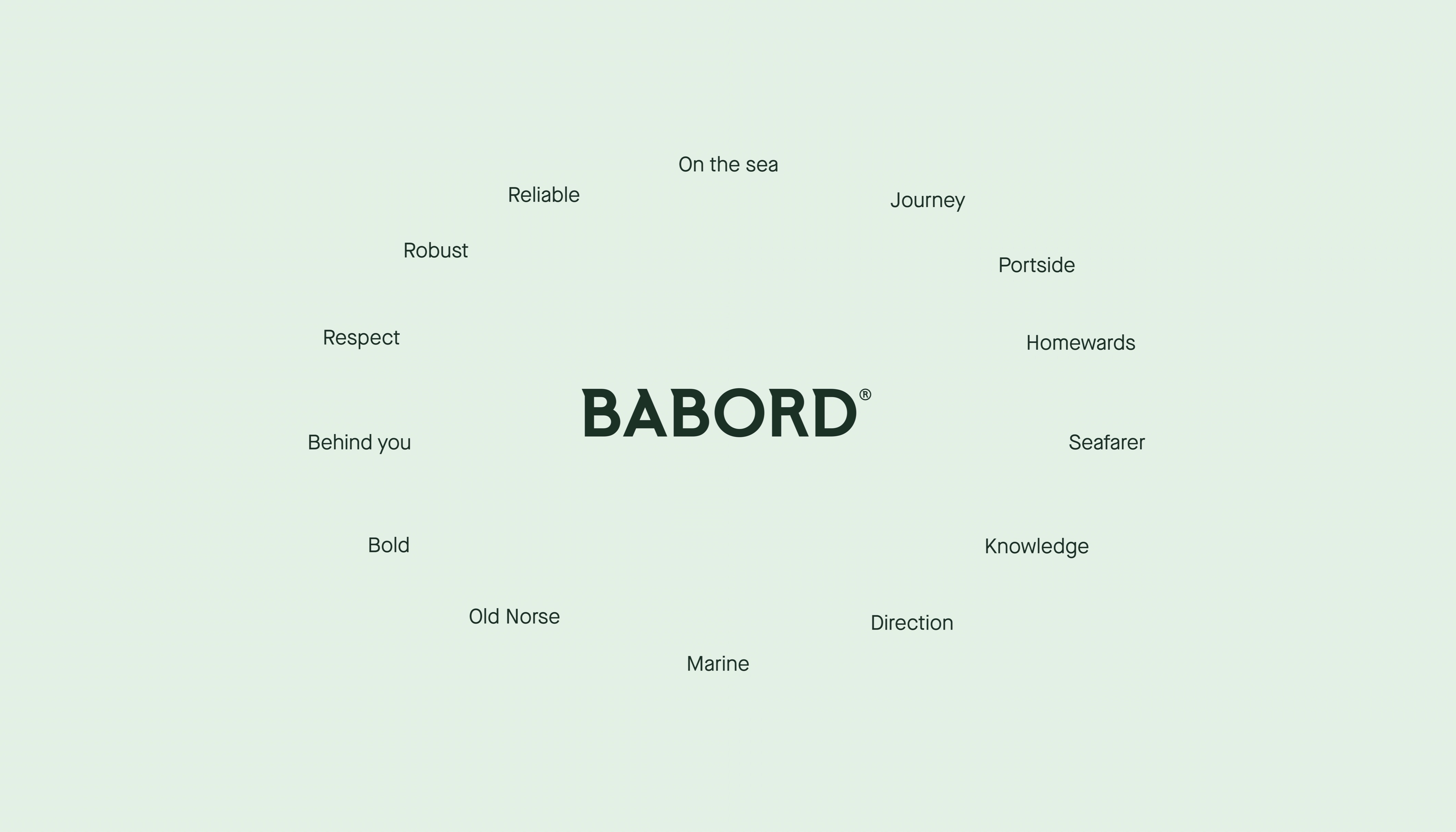 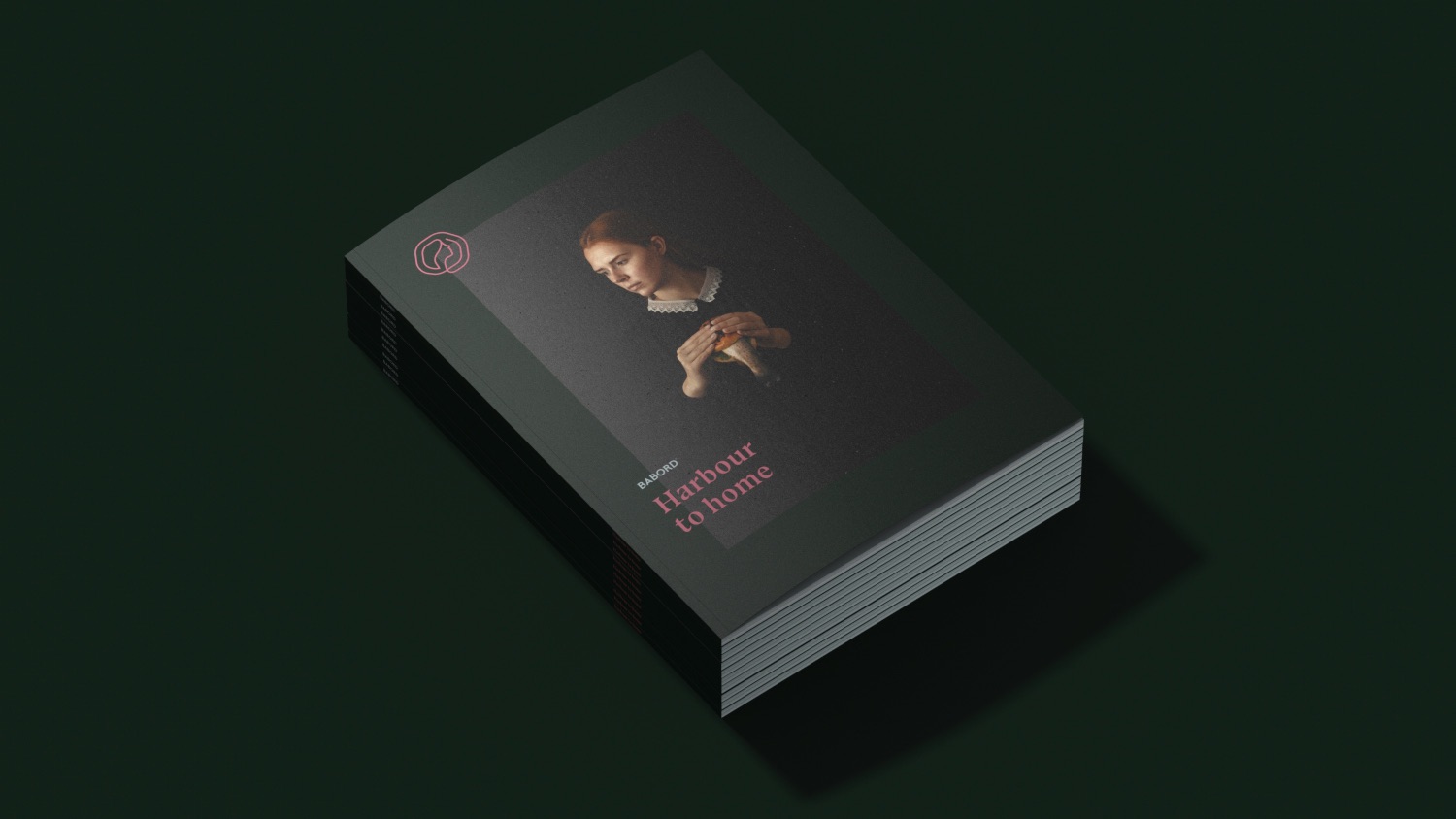 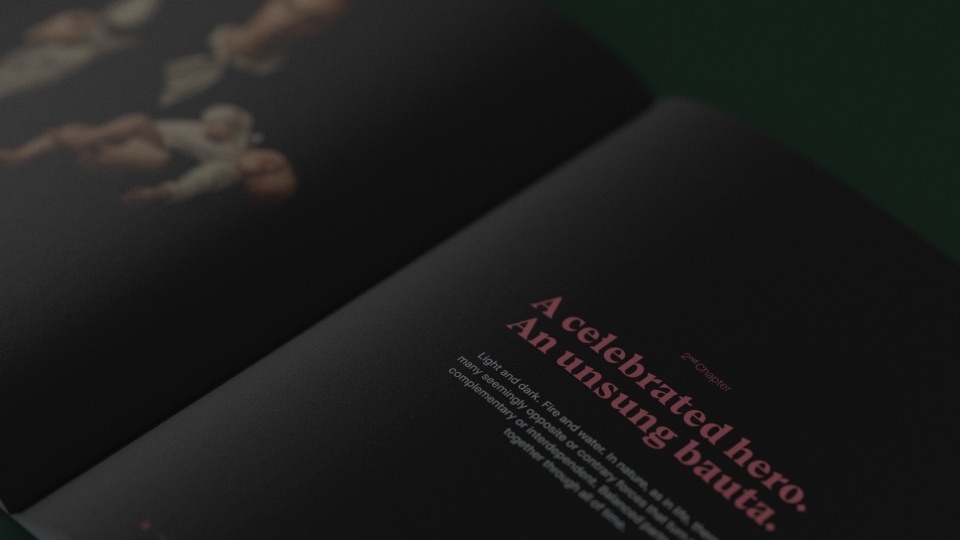 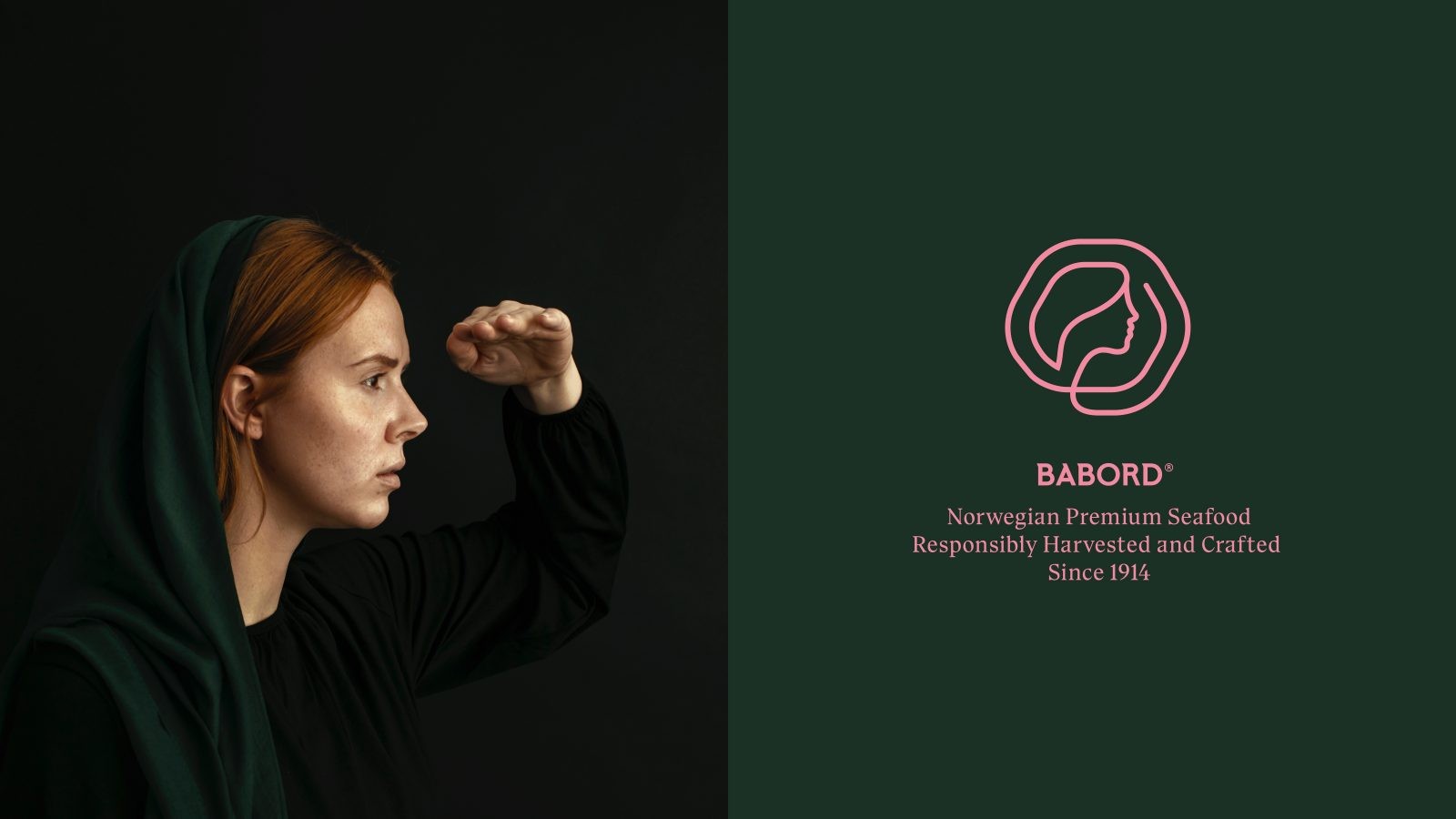 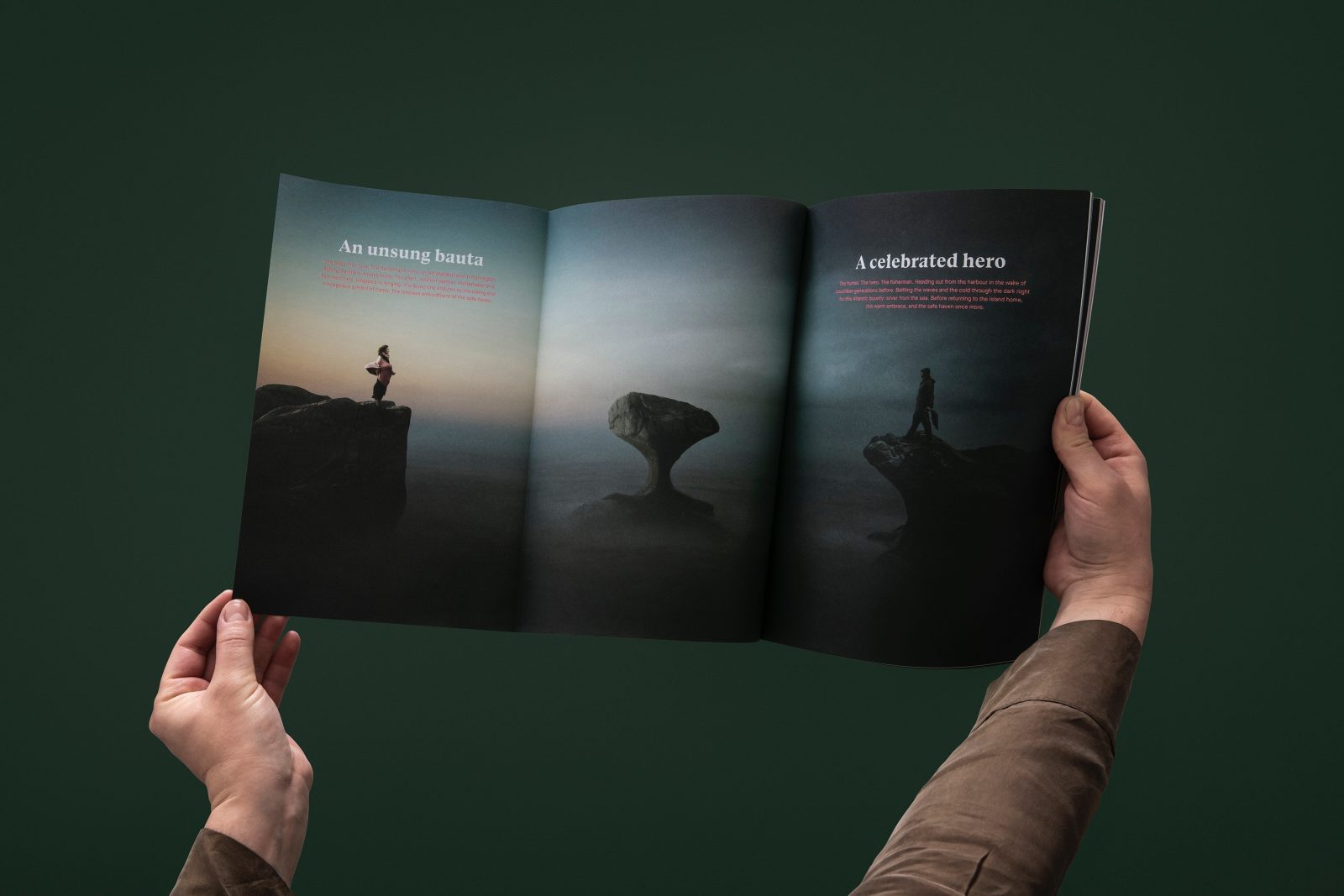 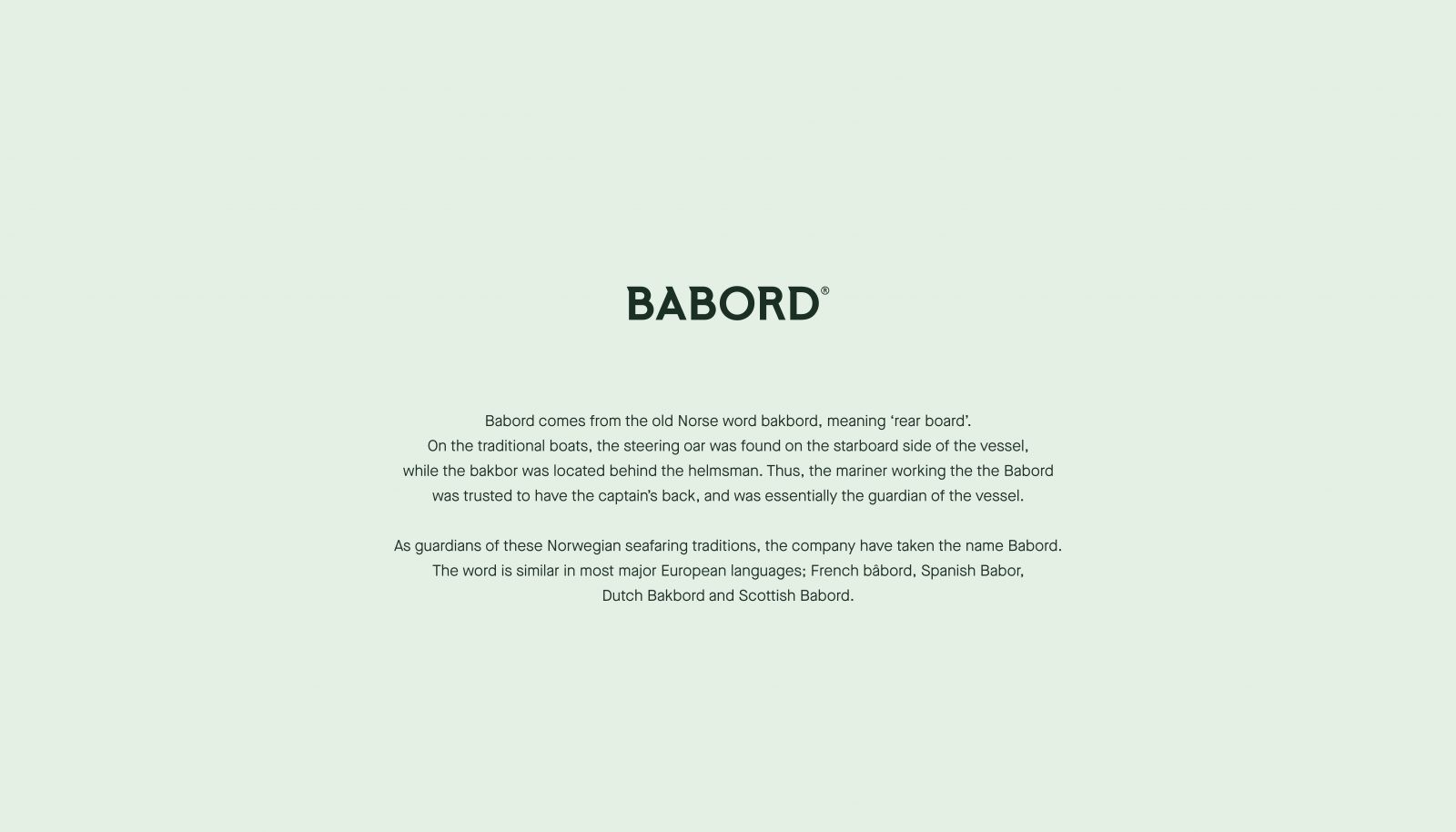 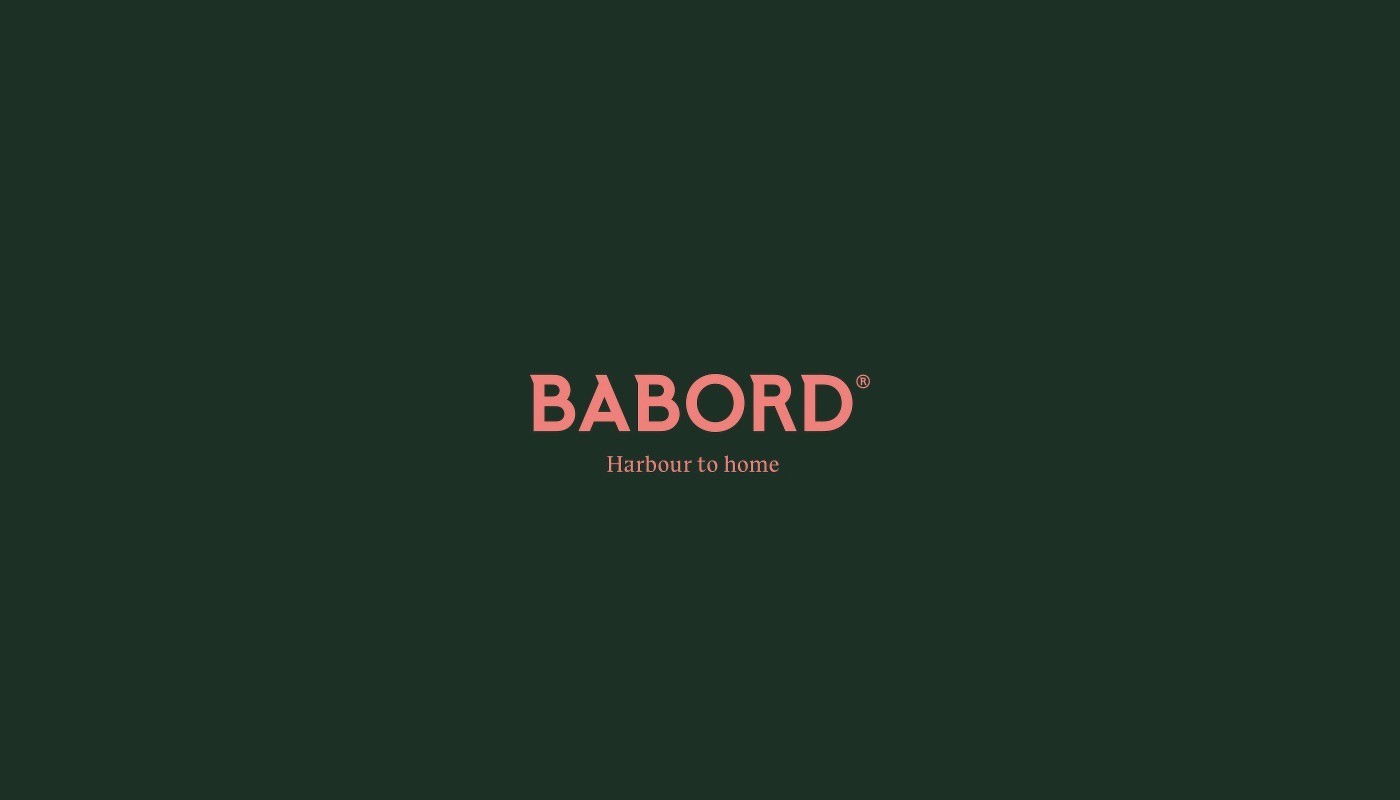