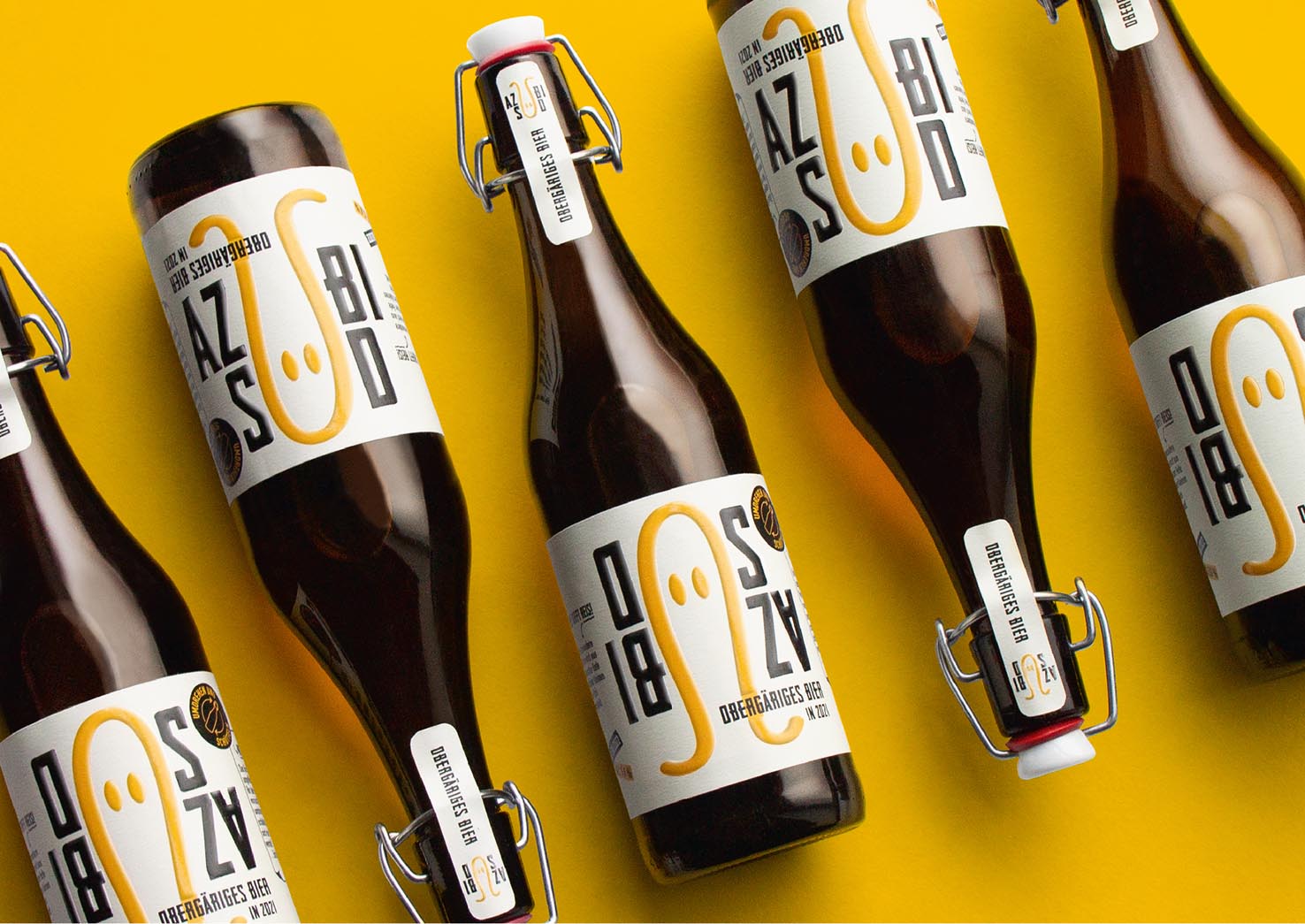 Azubi is the German word for trainee. This is a prototype beer from a Japanese brewer who is training to brew beer in Cologne, Germany.

With her Japanese background, she mixed the beer with several types of hops and Japanase rice to create this beer. This experimental beer is like a craft beer, you don’t know what it tastes like until you drink it. For this reason, the design connects the U and Ü in the Azubi Süd logo to create the symbolic ghost like “Unknown”.

The beer is unfiltered during the brewing process, which means that when you drink it, you have to slowly turn it over to mix in the yeast that has accumulated at the bottom of the bottle.
To encourage this action, the logo is placed upside down. It is designed so that when the beer is turned upside down, it reads Azubi Süd. On the neck label, Azubi Süd is placed so that it reads in the correct orientation, emphasizing the action of turning the beer over. The ghosts seem to be smiling a little.

The beer was brewed in October, when the ears of rice are golden, and as the Germans call it, Golden October, when the leaves change yellow colours. Since this beer is a combination of German hops and Japanese rice, the color of the label is yellow to image us of the time of year it was brewed.Since this is a craft beer, cotton paper was chosen for the label. The logo is UV treated to add a high quality image.The bottles are clip-locked so that they can be used again and again. It tasted slightly sweet and became a very savory beer. 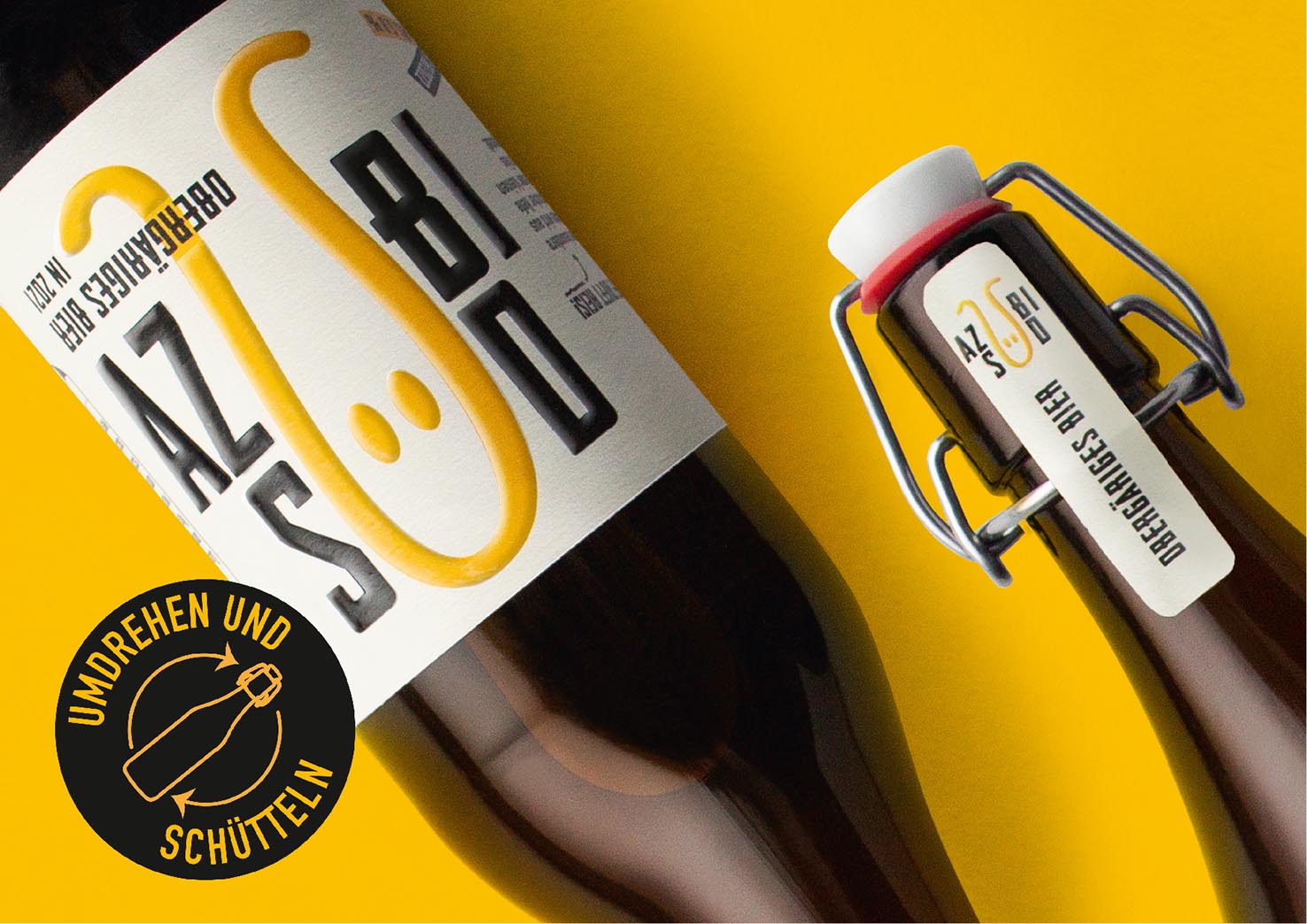 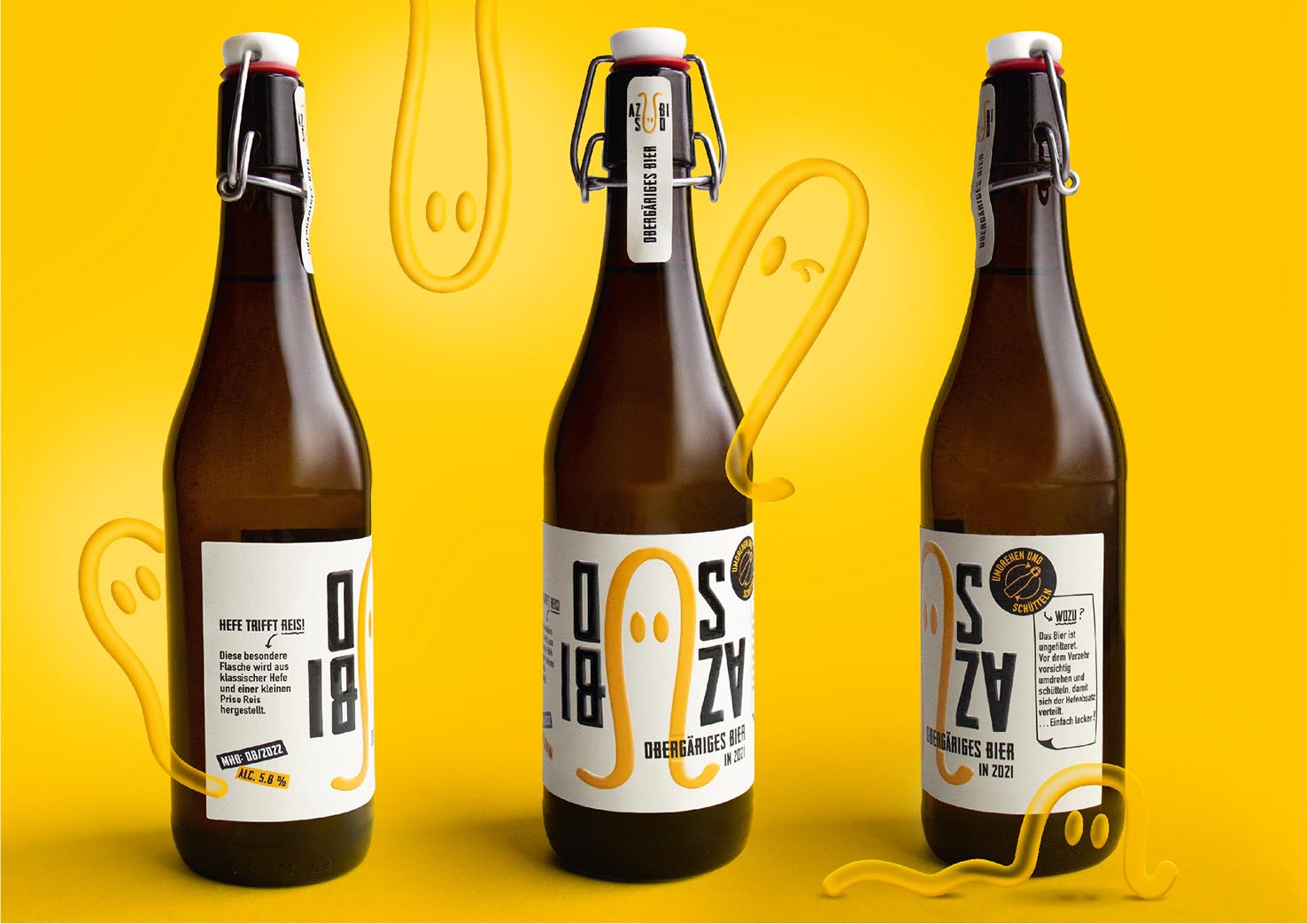 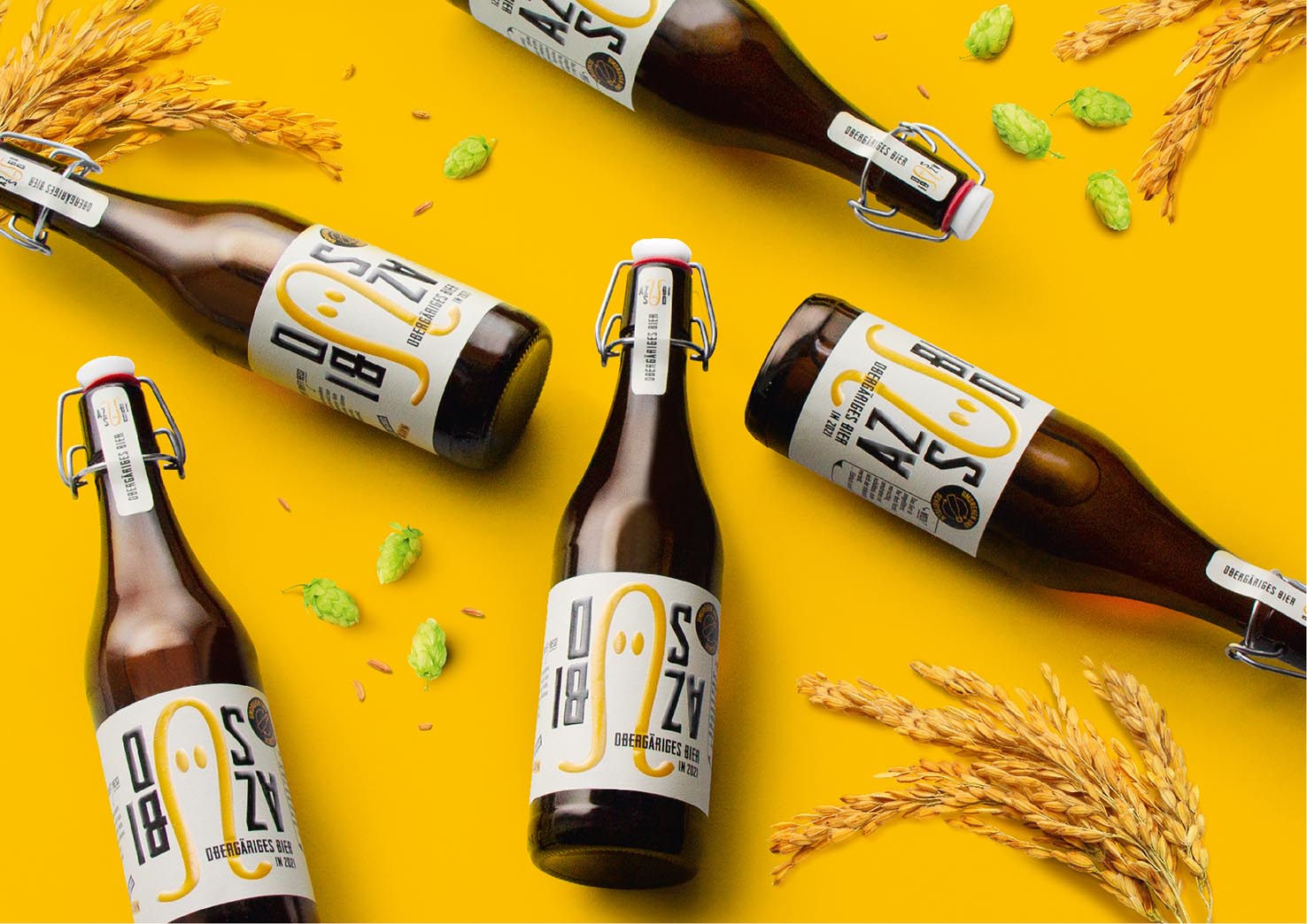