Sanquer Calvados — Pear Calvados Concept (CGI) Design, modelling, visualisation and retouch. The idea of this concept came into my mind during the study of calvados production history. One of its species is mostly made from pears. This project is an experiment in finding a bottle shape that visually reflects this feature.

The search resulted in a combination of a number of different shapes: an organic, natural pear silhouette, French vintage perfume vials from around the late 19th or early 20th century and a classic high-necked calvados bottle.

The peculiarity of this shape is the high contrast between the bottle neck and the main part of the bottle, the hemisphere. This contrast makes it especially visible on the shelf and visually separates it from other products. The embossing lines that diverge towards the center of the bottle lend a distinctive vintage look to its external image. They visually emphasize the overall shape of the bottle and the height of the neck, complicate the image and create additional refractions in the glass.

The two-component metal plug has a faceted shape that rhymes with the embossed lines and visually extends them. The debossed top of the plug bears the monogram “AS” from the first letters of the name André Sanquer — a fictional character, the founder of the family distillery, whose surname formed the basis of the trademark.

The thin part of the bottle neck is supported by a small decorative label that solves the colour coding problem.

The main label completely encircles the bottom of the bottle. The materials (beige texture paper and gold hot foil stamping), decorative elements of the design and typography create a strict but neat, soft, pastel image.

André Sanquer is a fictional collective image of the founder of the family distillery, which has existed since 1972. It has been recognized in international competitions due to its excellent quality of the products, its taste characteristics and responsibility in the production.

SANQUER Calvados — is a premium 90% pear calvados, aged 6 years. It is masterfully distilled at André Sanquer Distillery from cider made from specially selected apples and pears from over 200 named varieties. Distillery cellars, created in 1972, contain oak casks & barrels. To preserve the aroma of fruit, only old and recycled casks are used. Calvados ages slowly, acquiring its natural amber hue, its subtle aromas and taste. 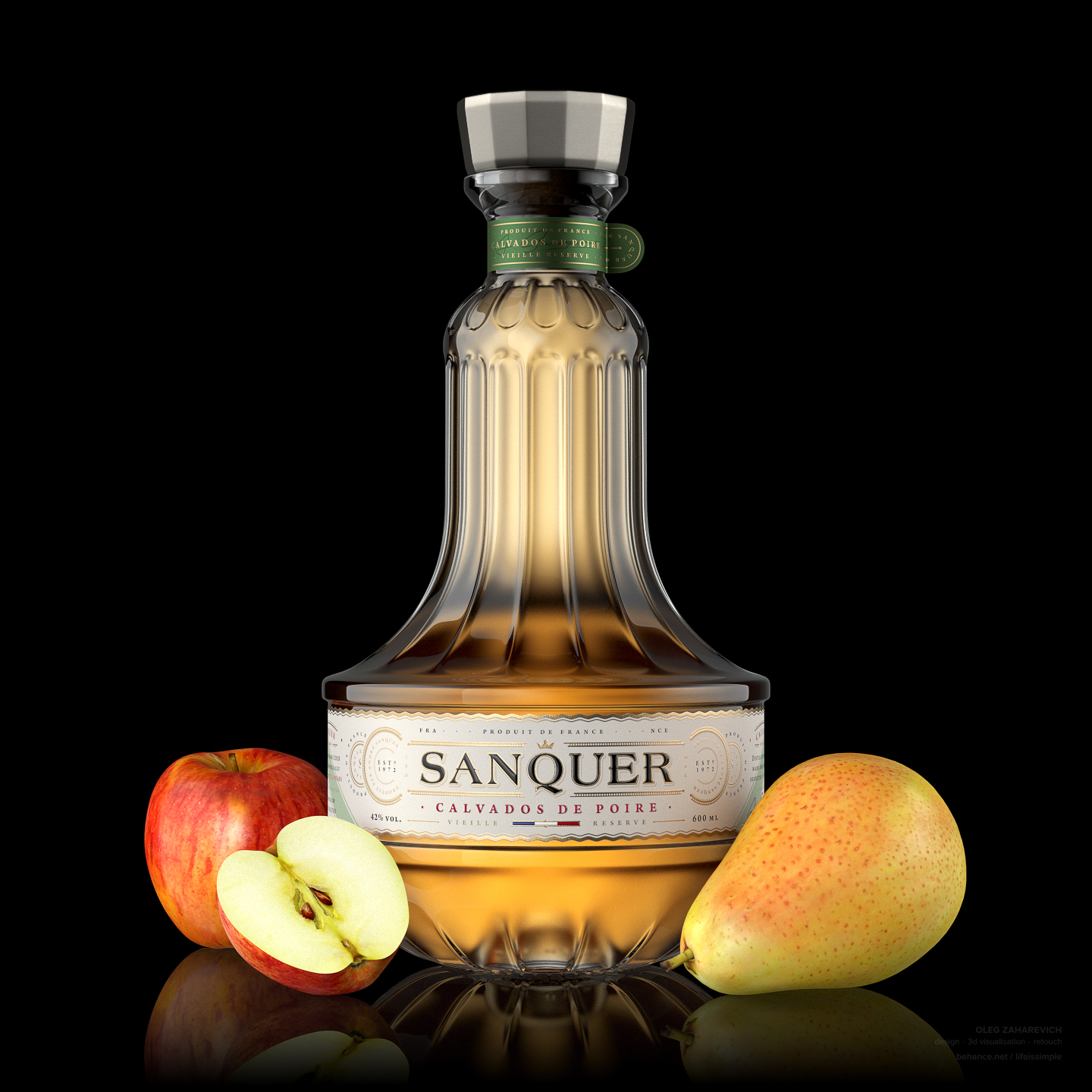 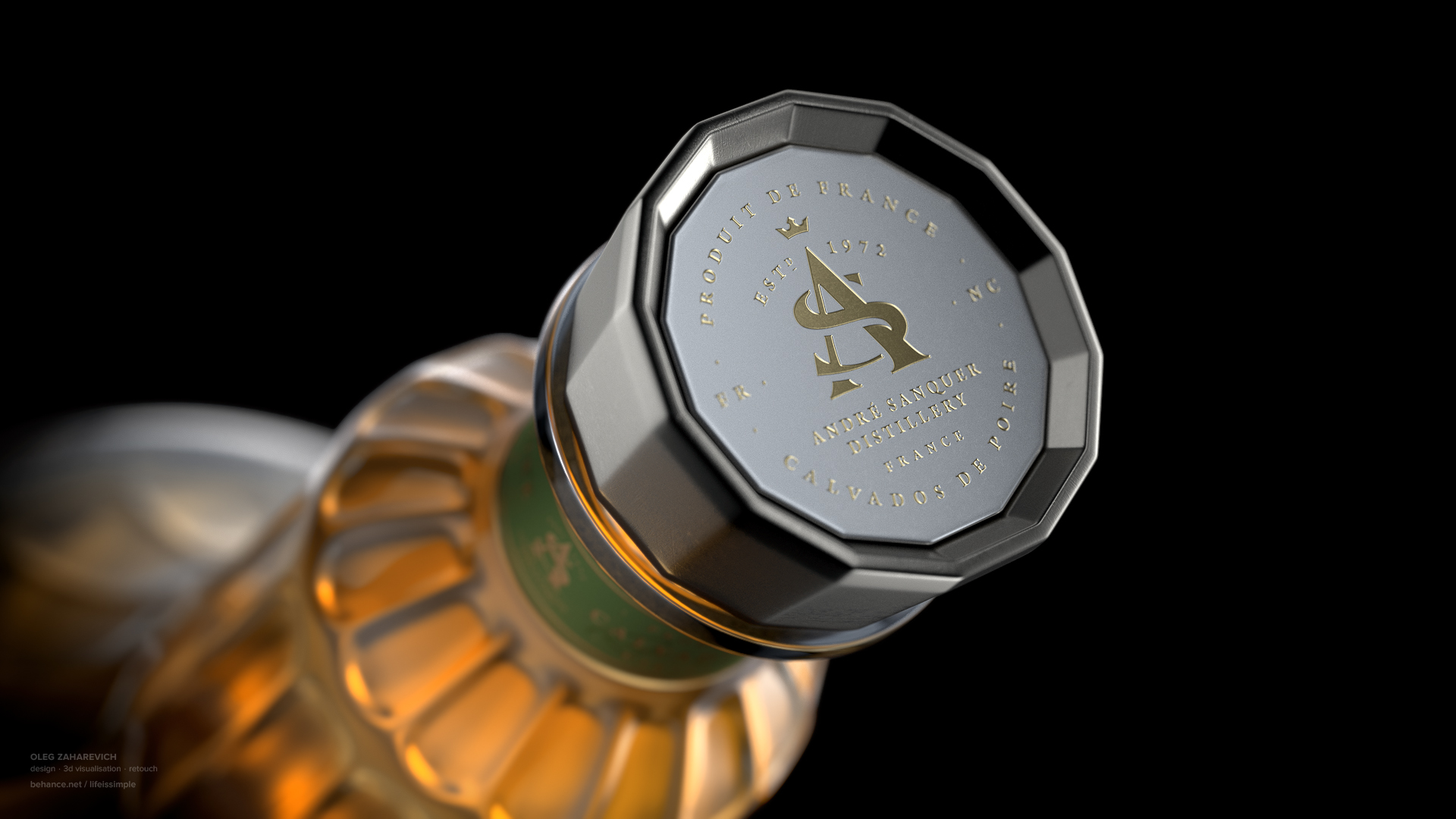 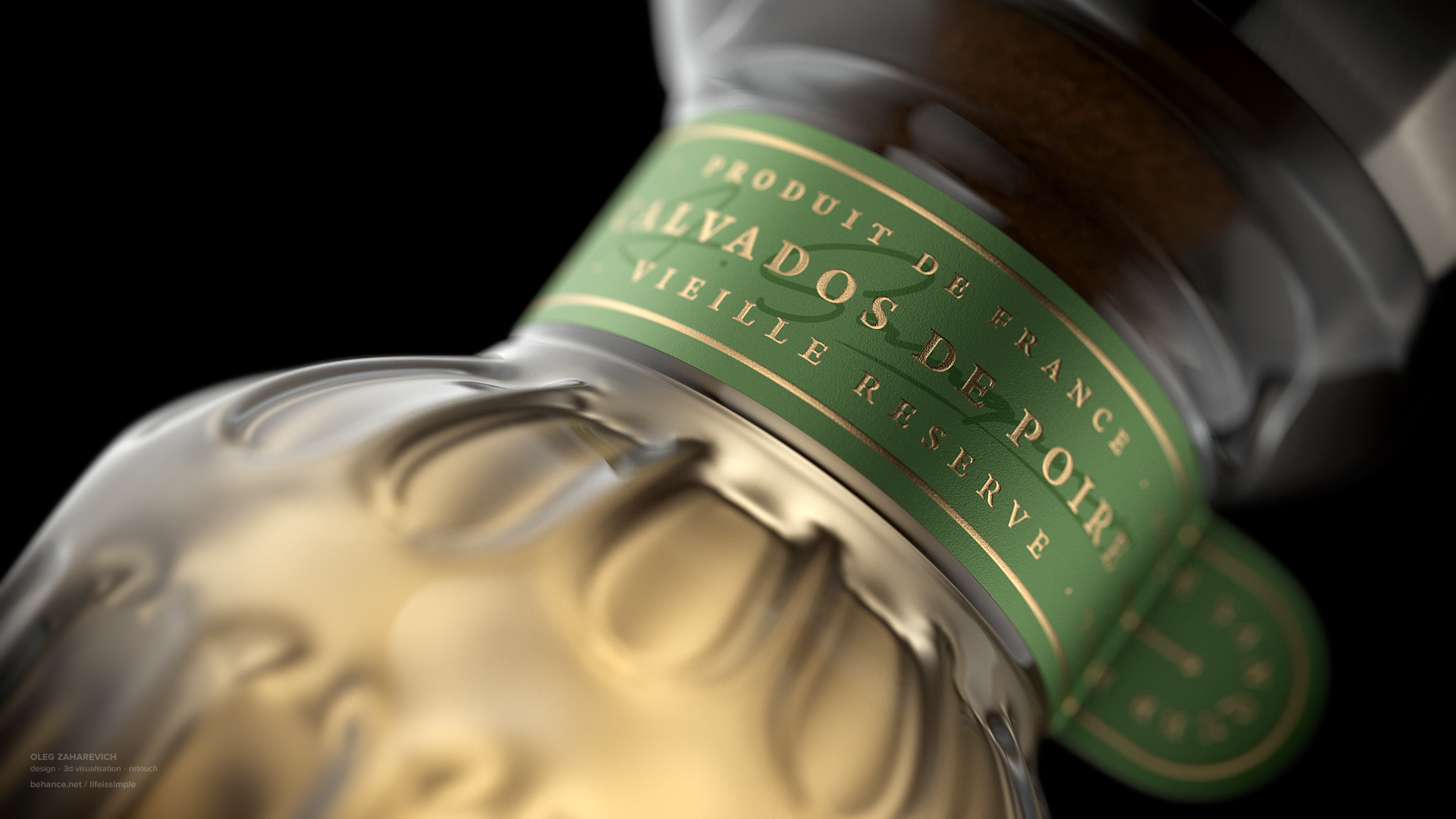 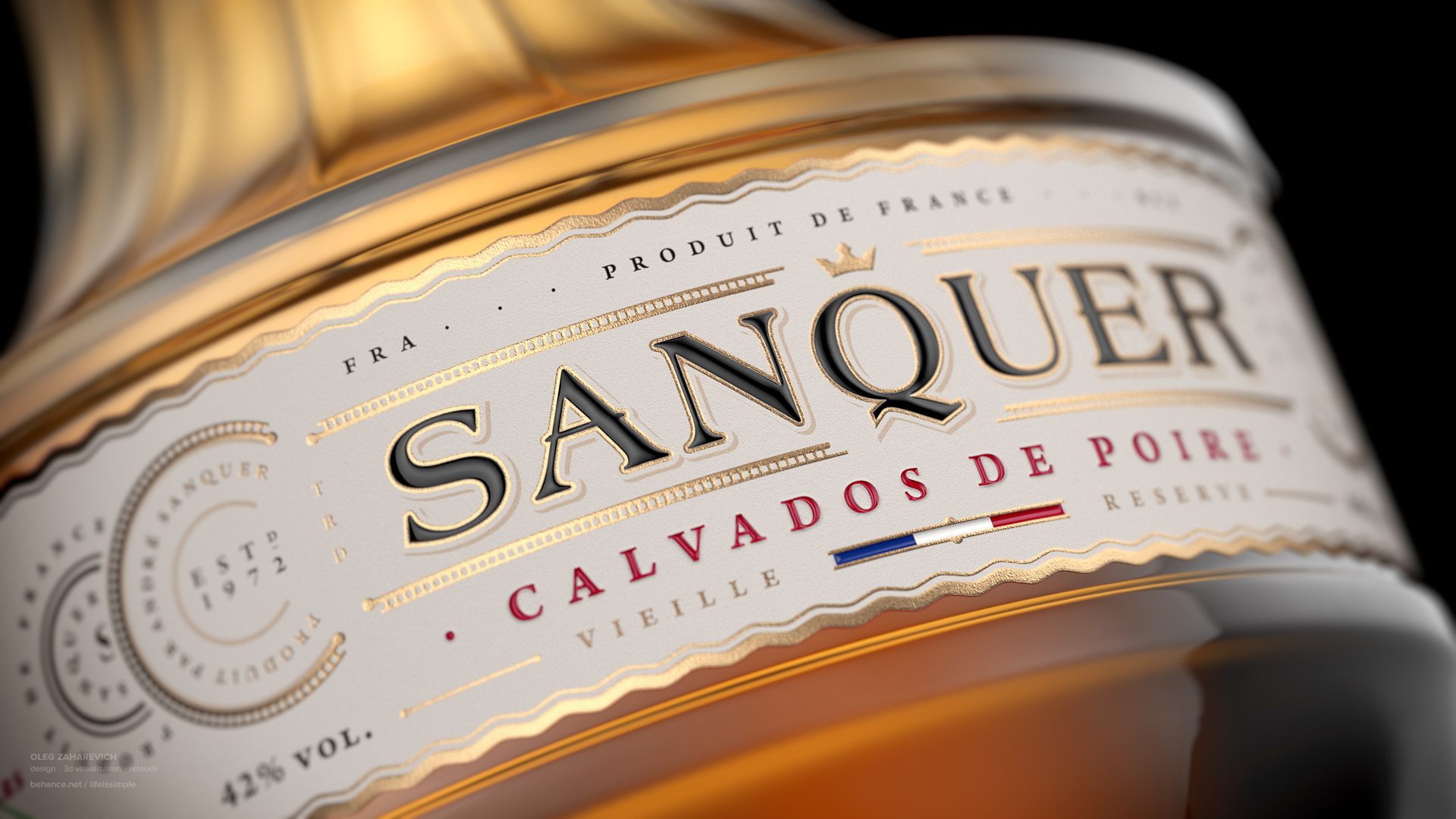 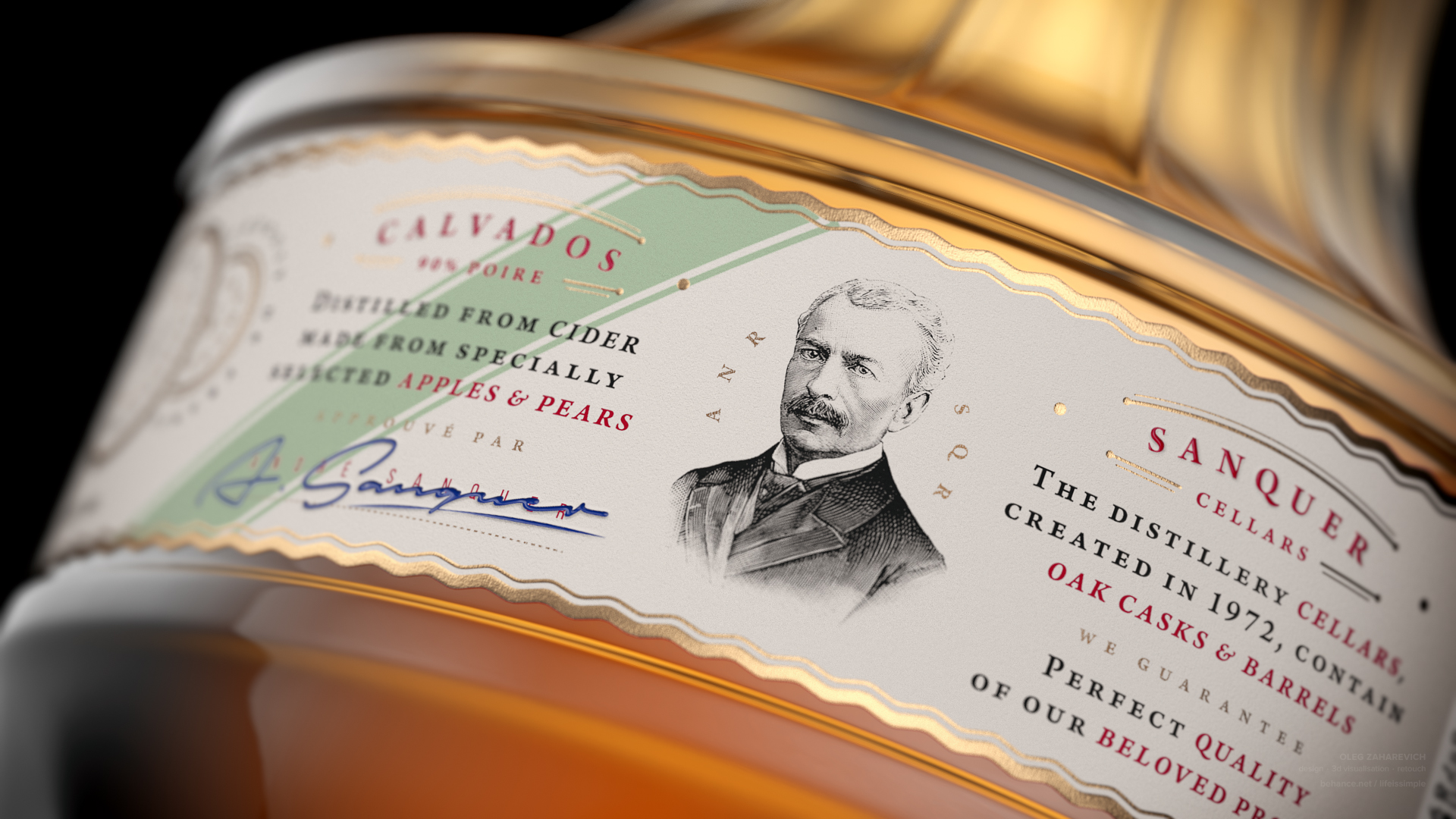 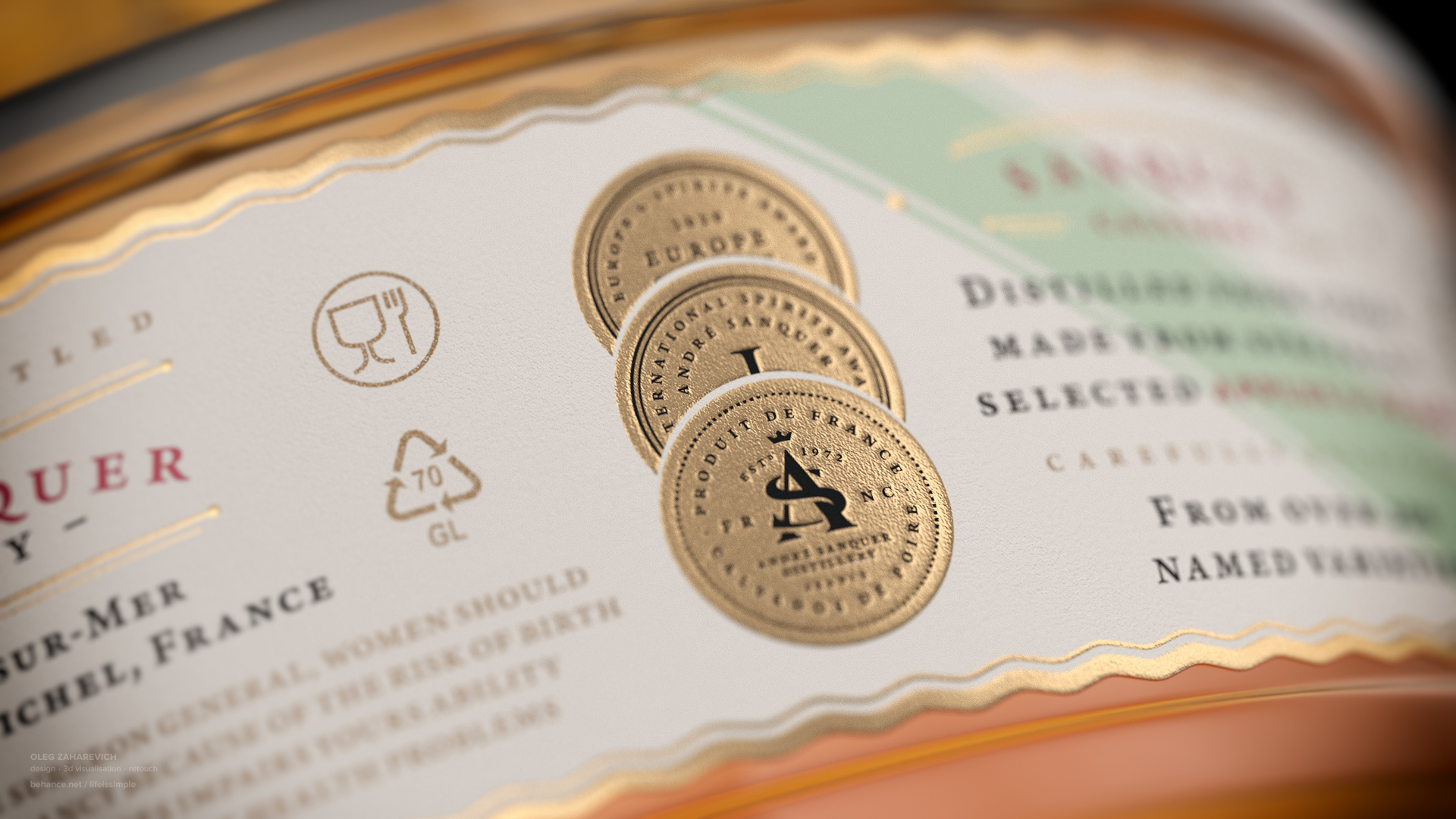 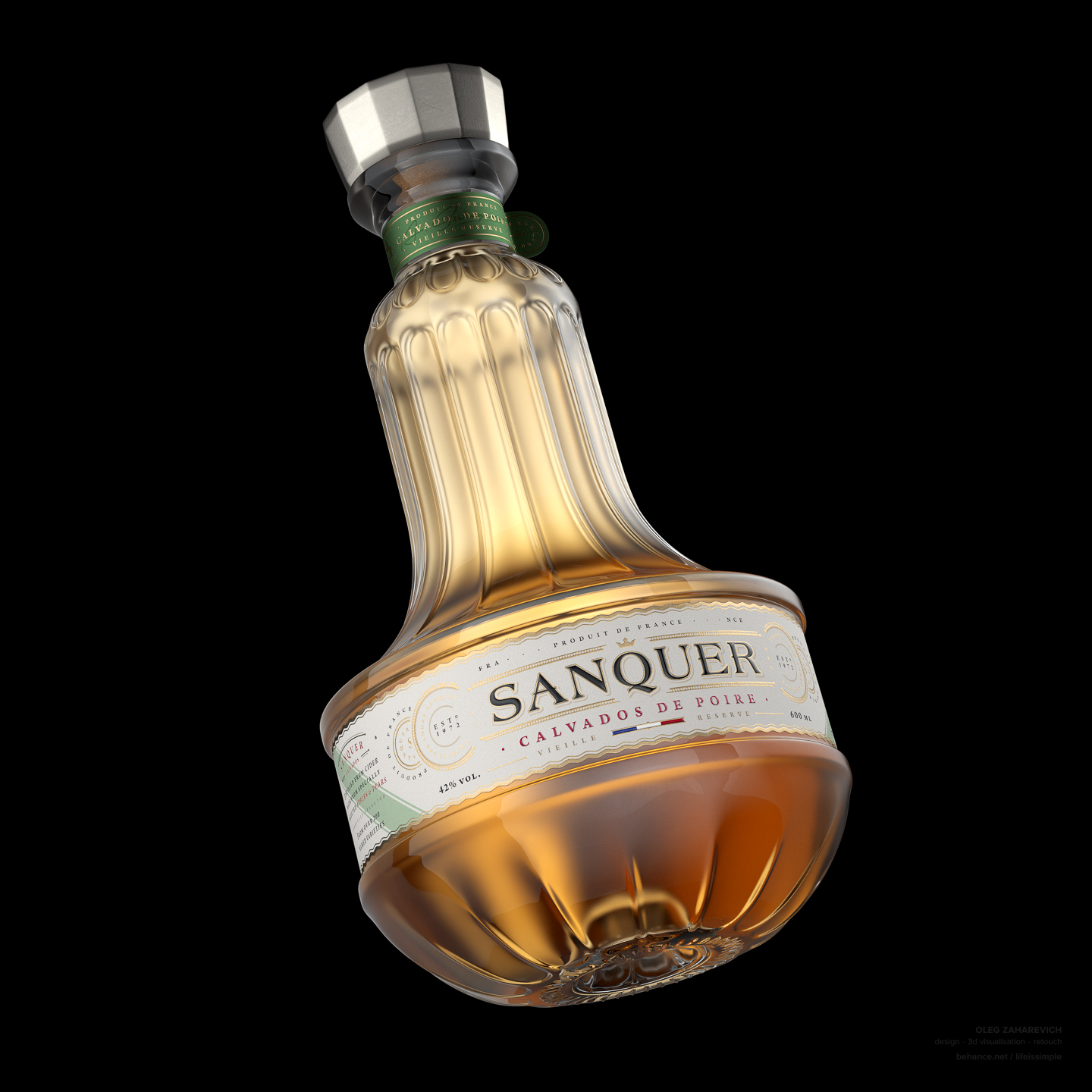