The Rhymes Show music festival is one of the biggest events in Russian hip-hop culture. It has been held annually in Moscow and St. Petersburg since 2017 and has since become one of the most anticipated among Russian youth. The most popular rap artists always perform on the festival stage.

Rhymes Show stands out from its competitors because it communicates in a language understandable to today’s teenagers: slang, memes, hip-hop references. The audience matches – mostly bright, informal youth. With this in mind, I wanted to create a bright, young and rebellious style.

The redesign of the third Rhymes Show 2019 is inspired by Internet culture and the animal energy bursting out of the artists on stage and the audience in the crowd, as well as the cultural confrontation between the two cities of Moscow and St. Petersburg. Each city has its own animal mascot – a tiger in Moscow and a gorilla in St. Petersburg, which are used in advertising, souvenirs and stage design. Emoji icons, which are a reference to communication in social networks, are also actively used in the icons of the festival. Each of the created icons denotes the name of a song, album or famous line of the musician. Three emoji were made for each rapper and shown to people before the announcement to keep them guessing who would be the next performer on “Rhymes Show.”

Each rapper was given a unique illustration in the same style as the mascots. Much attention was paid to the design of social media, the festival’s main channel of communication with the audience.

The diversity of the identity is provided by the combination of these two elements: illustrations and pictograms, which are used as a pattern, as part of the illustrations, and as a designation of the artists, among other things.

Performance programs, flyers and souvenirs were designed for several thousand guests.The finished materials were fit for purpose – they were bright and informal. The third Rimes Show was one of the most attended hip-hop festivals of the year. 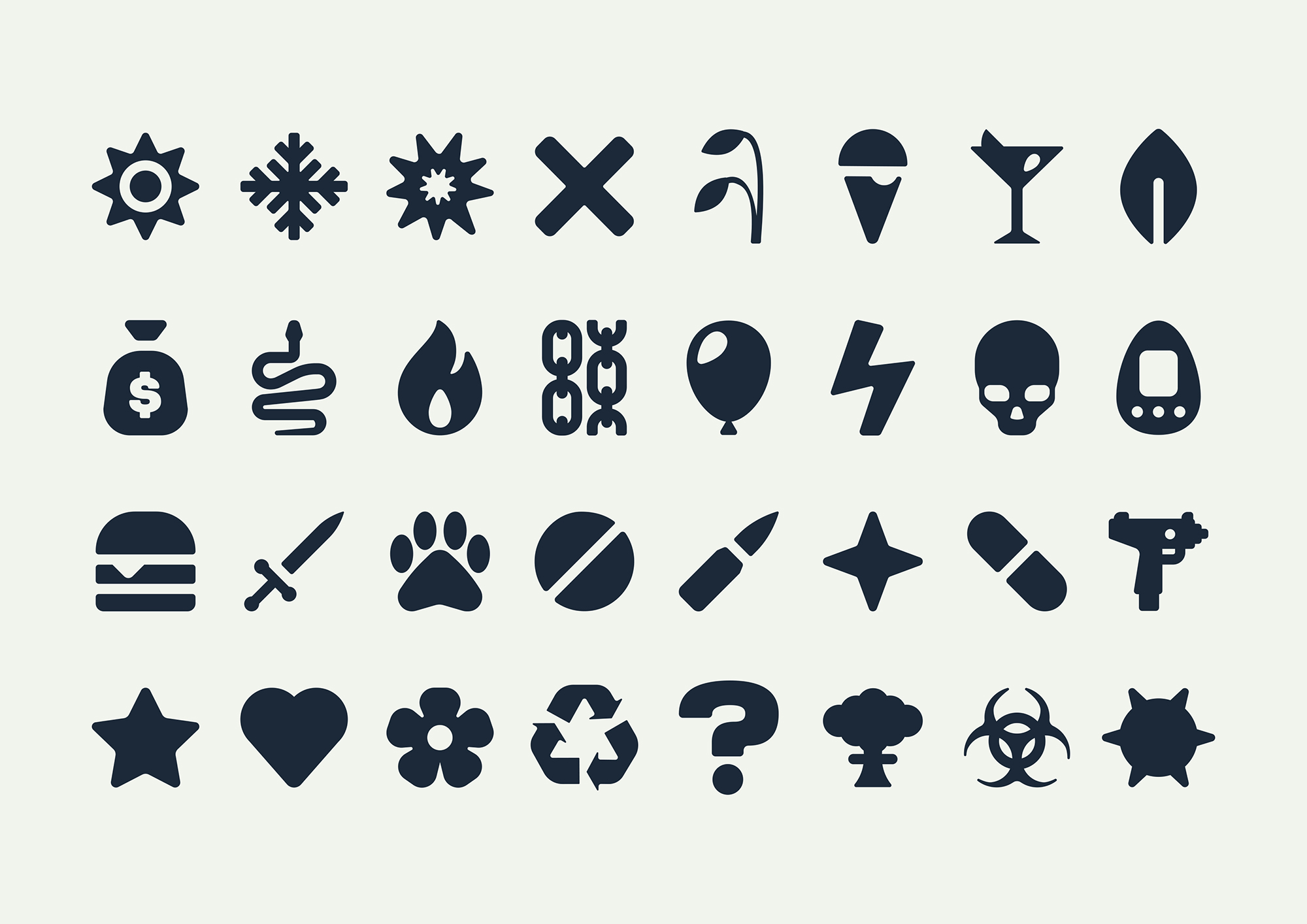 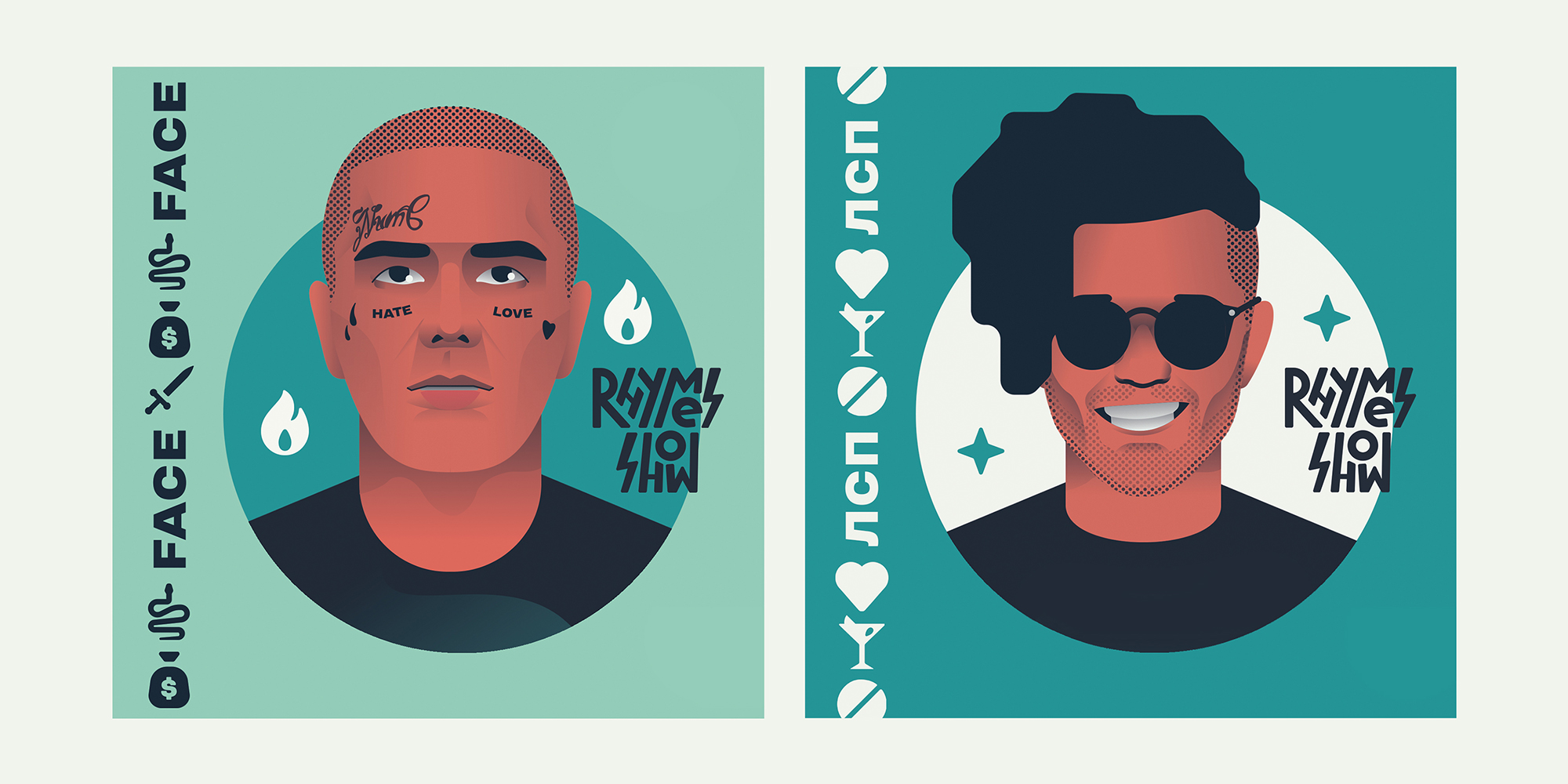 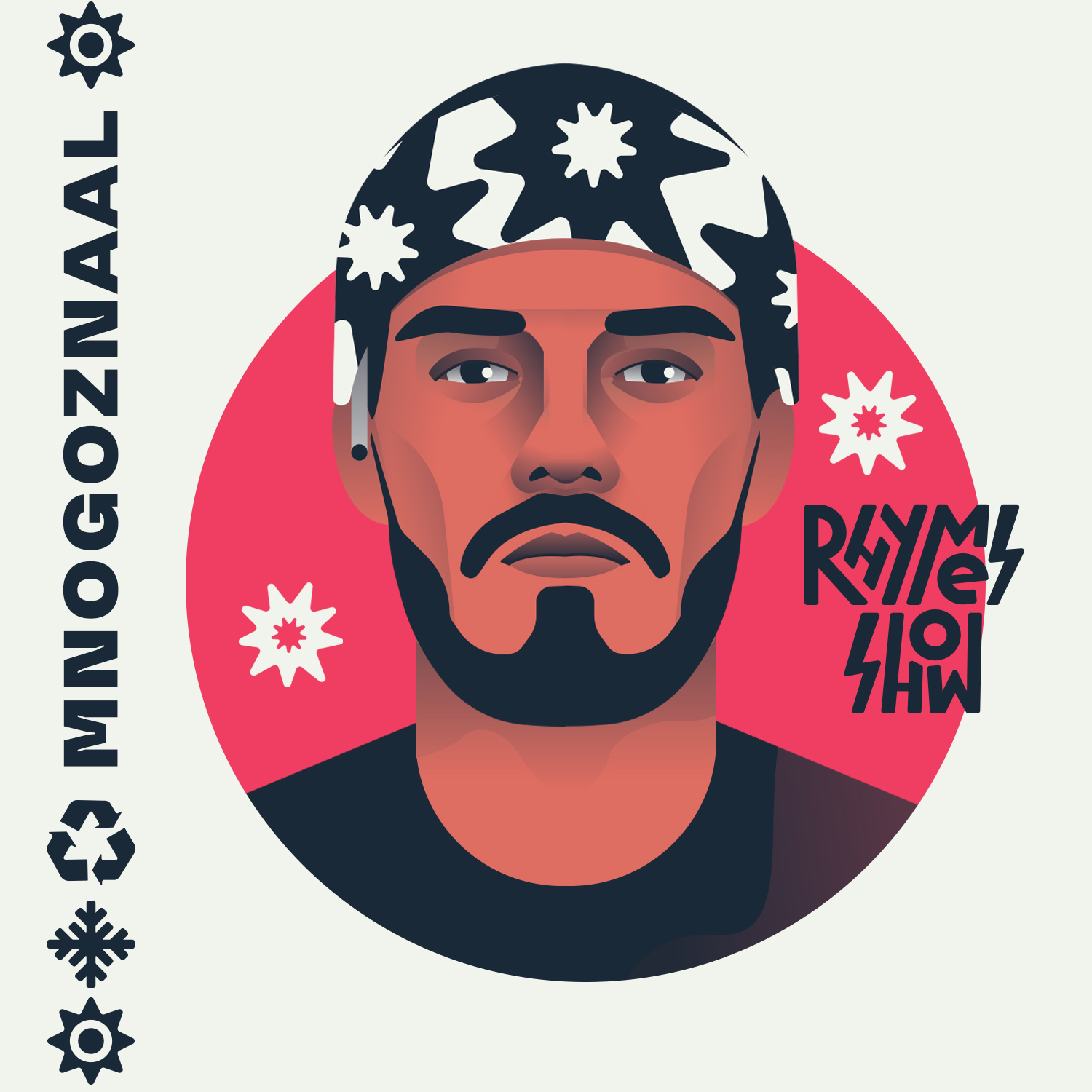 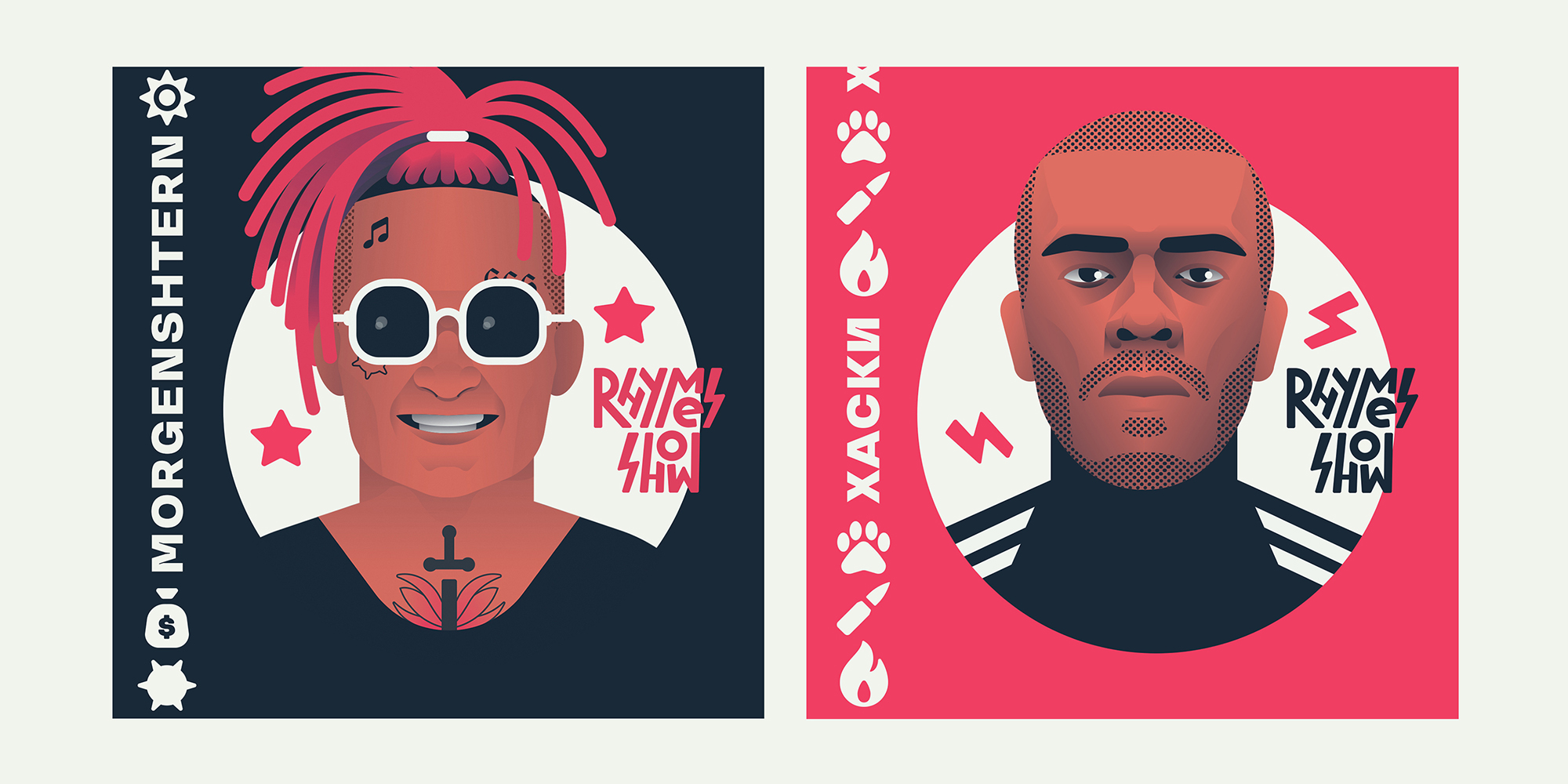 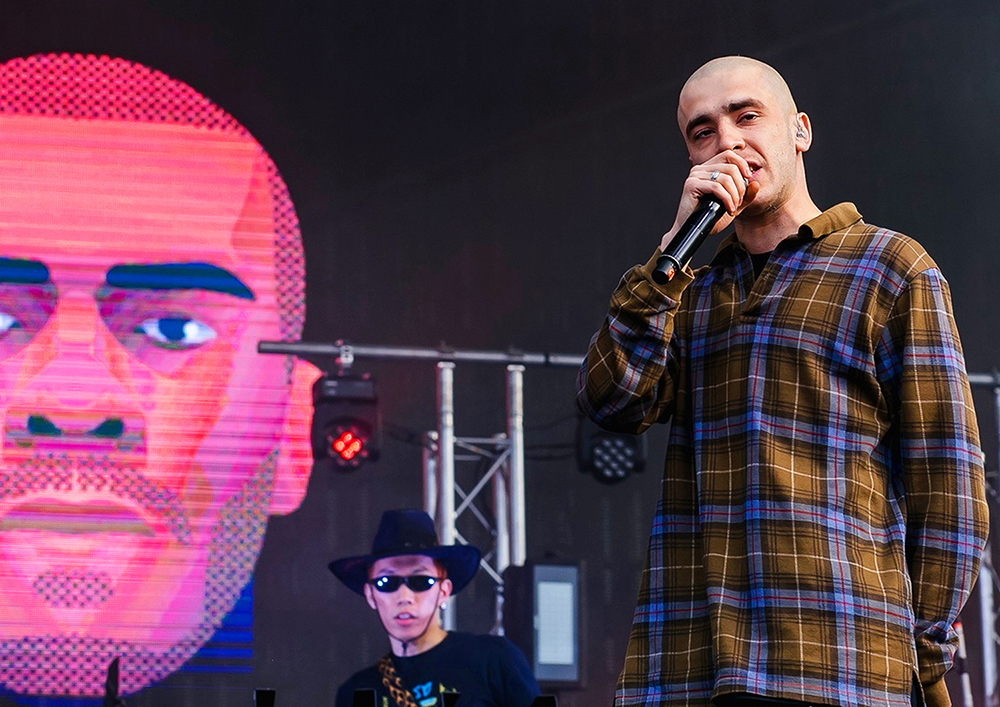 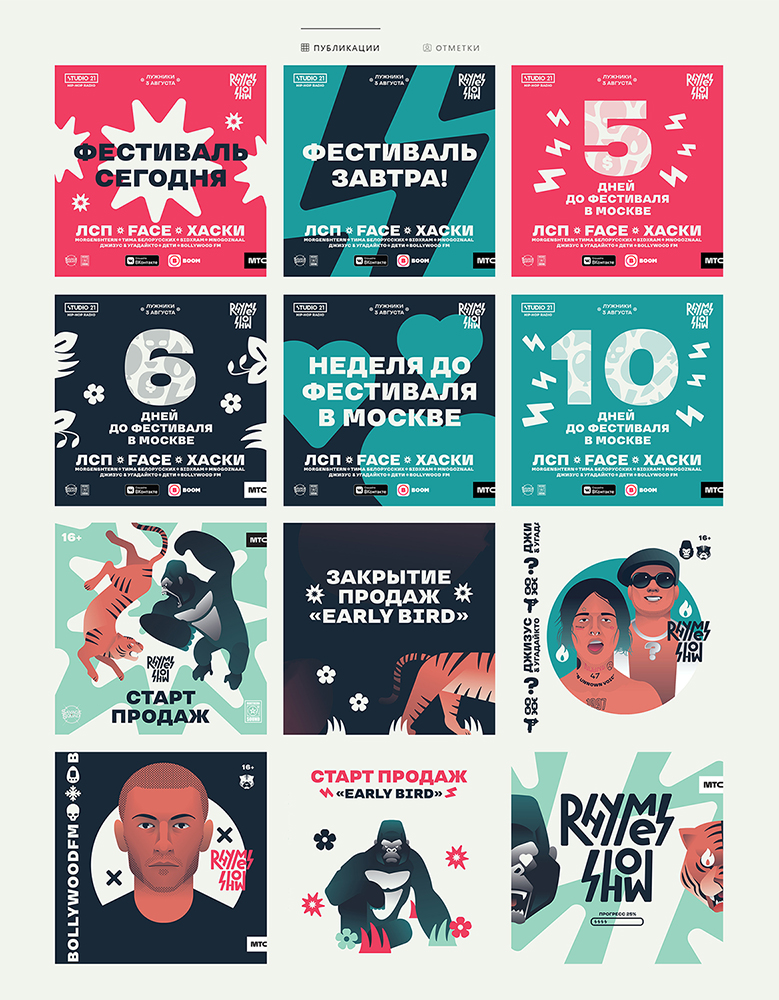 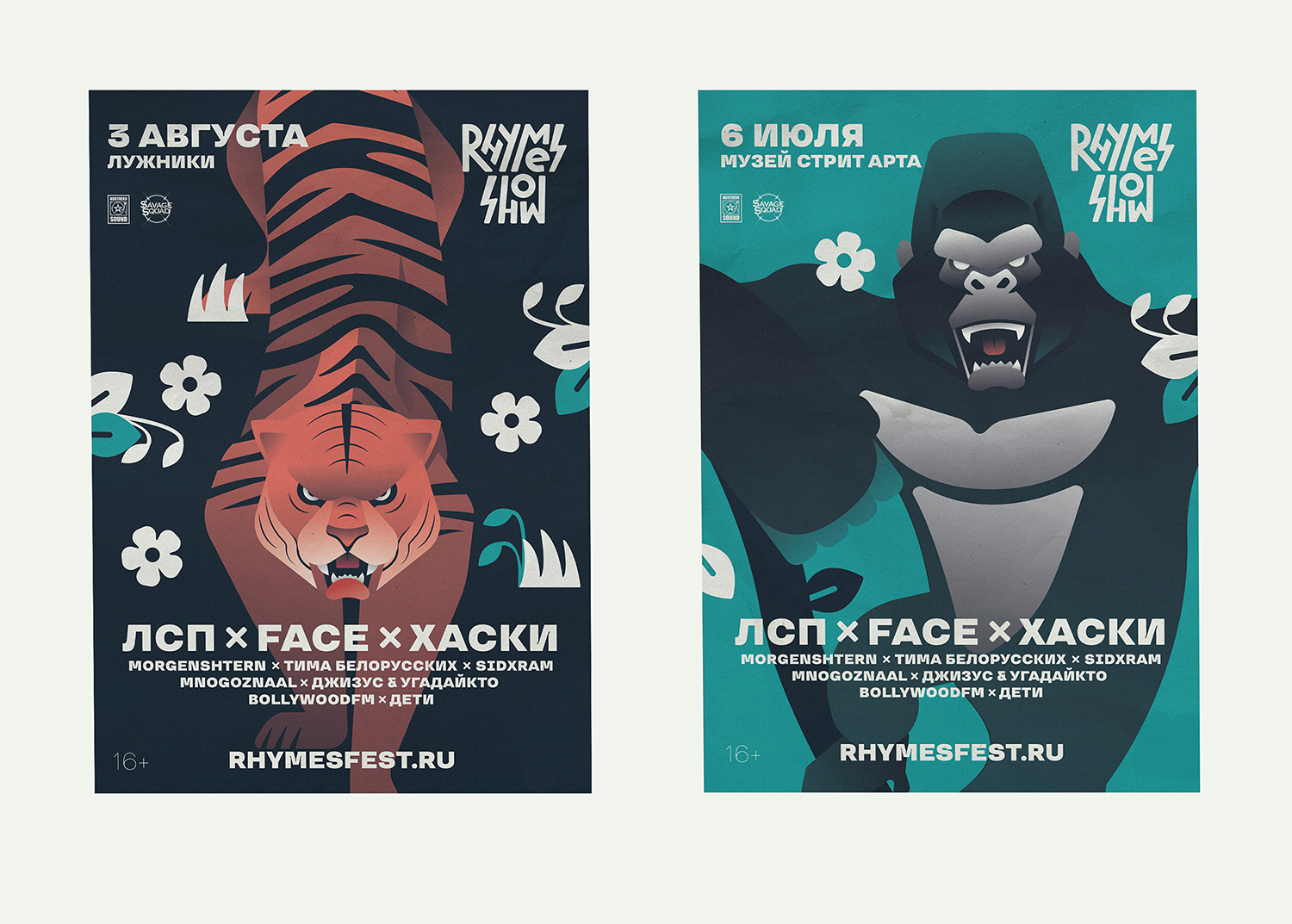 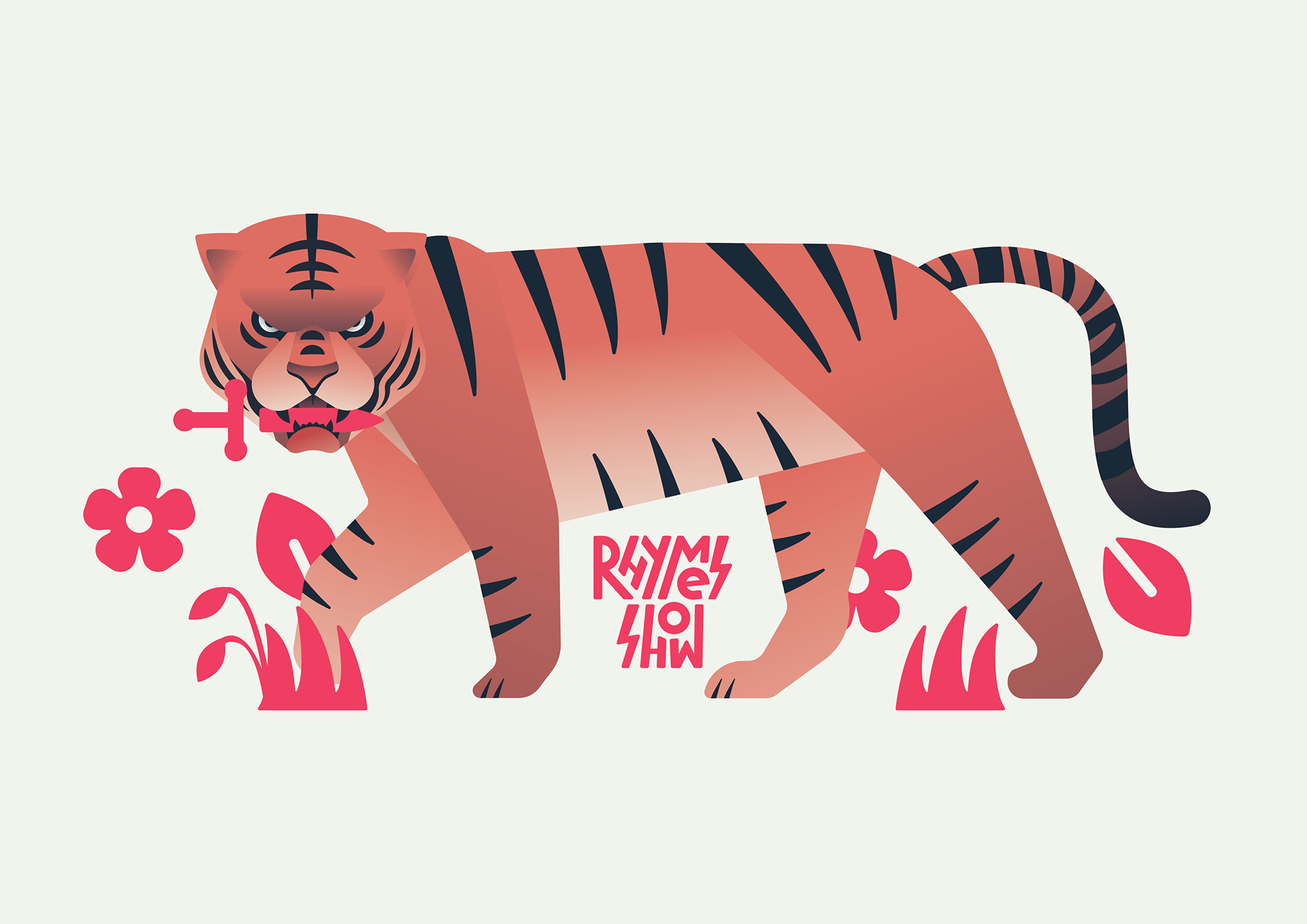 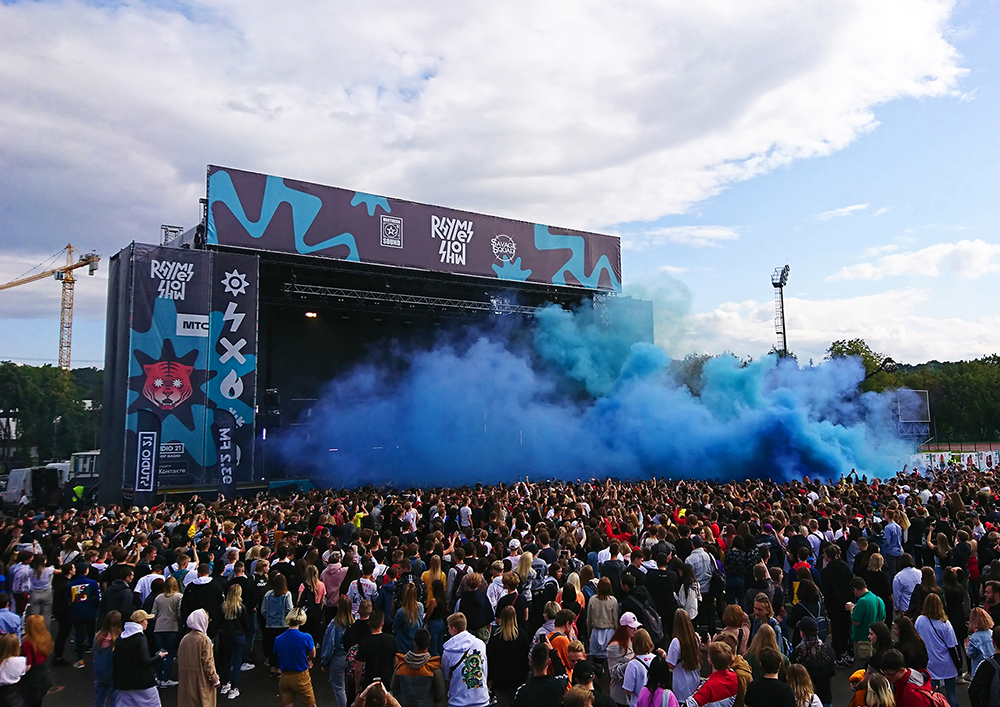 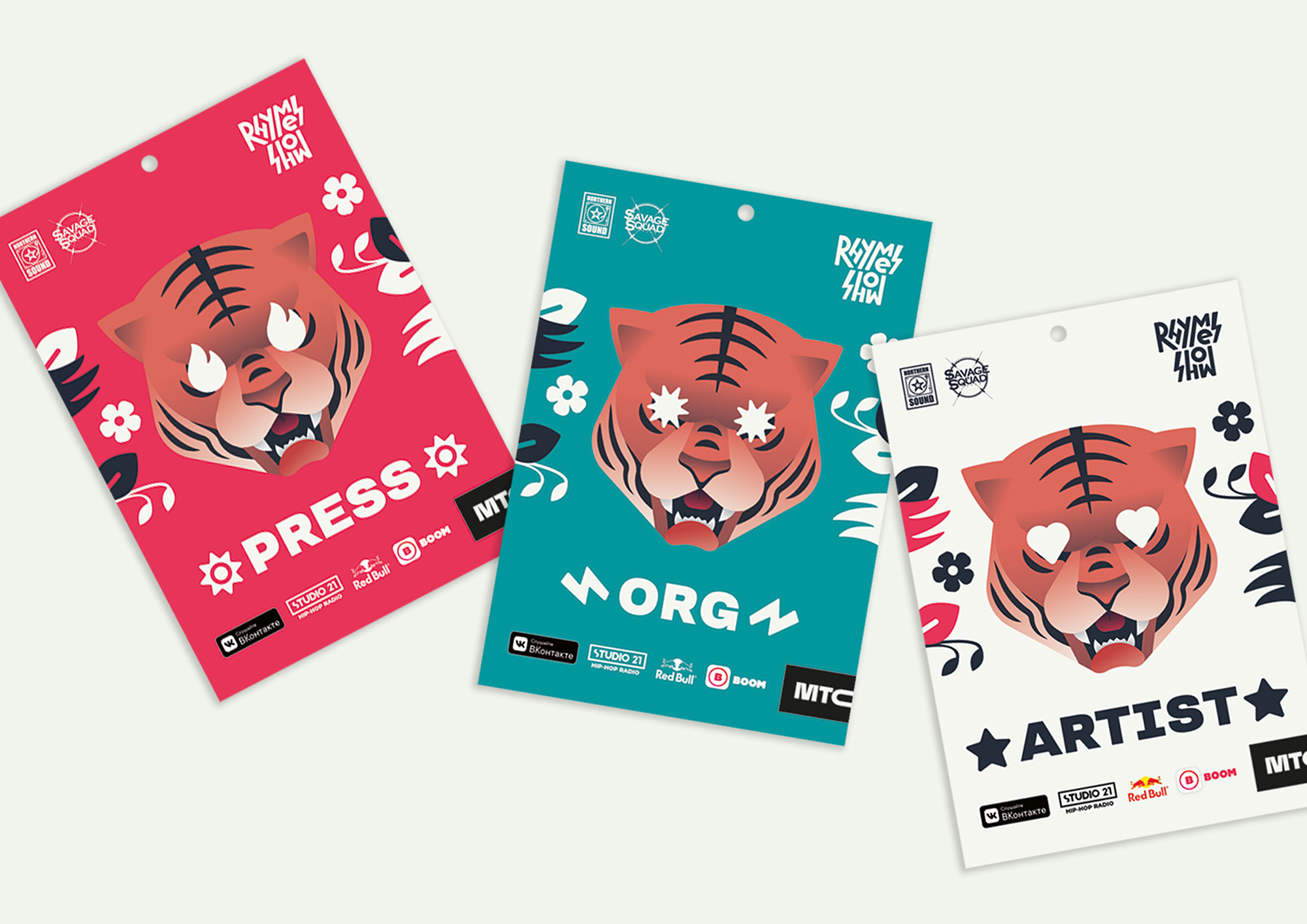 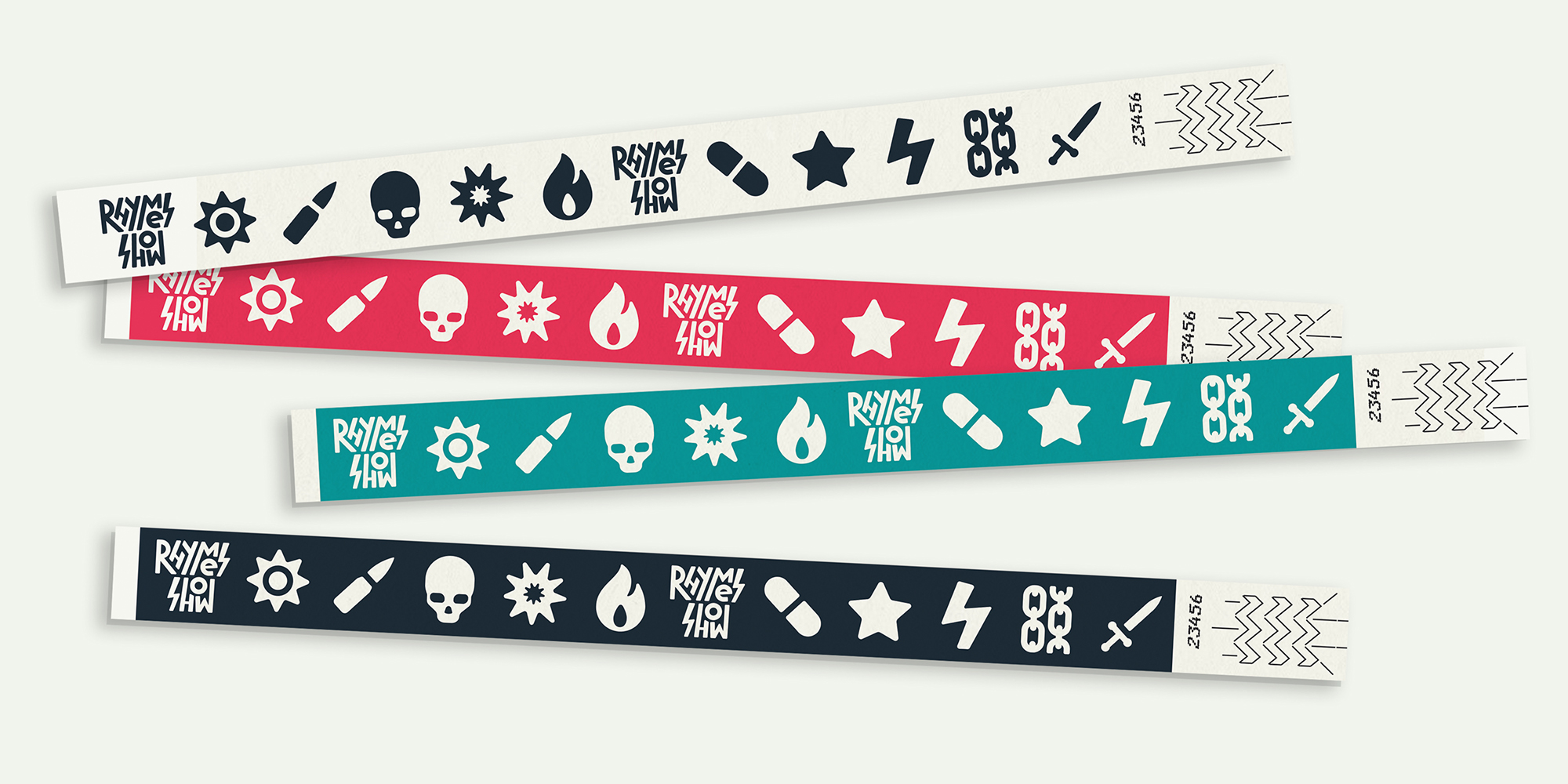 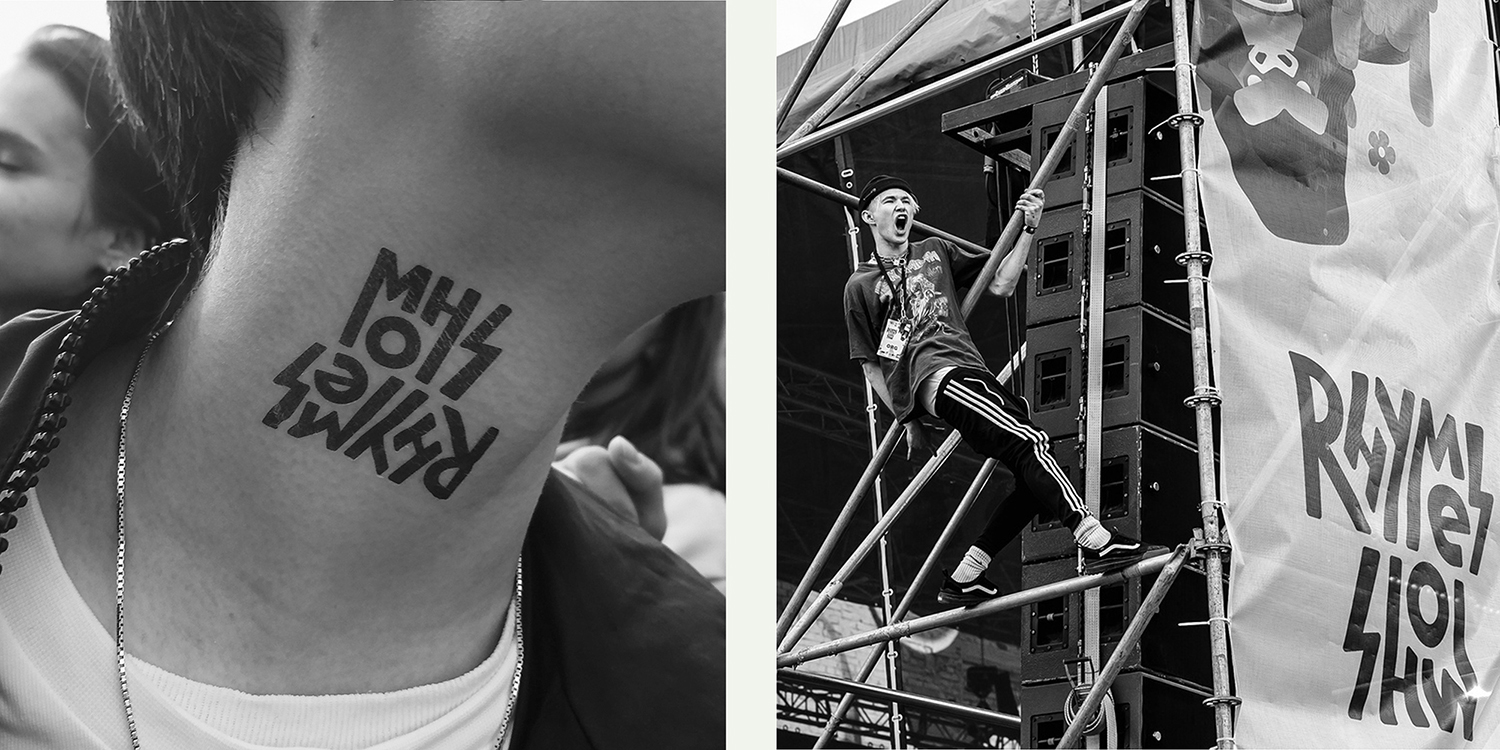