Inspired by Penfolds pioneering first Chief Winemaker, Max Schubert, and the connection between experiencing fine wine and music, the agency wanted to go beyond the standard wine gift box when asked to help Grange mark its celebration. LOVE took Schubert’s courageous, rebellious and innovating spirit as the starting point to conceive an exclusive and ultra-premium console.

His methods were considered a new concept in the production of dry red wine, and even though today many of Australia’s great wines borrow some of his techniques, the early journey of Grange was not easy. The wine’s flavours were greatly misunderstood, particularly by Penfolds management. By 1957, senior management had instructed Schubert to stop production.

Determined to continue with his project, Schubert produced three “hidden” Grange vintages (1957, 1958 and 1959) that soon became a symbol of ambition and defiance – and grew into the celebrated and defining modern Australian wine we know today.

The Grange 70th Anniversary Limited Edition Record Player Console celebrates this provenance by drawing parallels between Schubert’s approach to winemaking and another artform born in the 1950s, the equally ambitious and defiant rock ‘n’ roll. Just as Max was disrupting the wine establishment 70 years ago, rock’n’roll was challenging the music industry – with both taking the world by storm.

David Palmer, Executive Creative Director at LOVE, says: “According to Penfolds, music is part of its everyday vernacular and used as an analogy to describe its winemaking ‘house style’ – precise, emotive, multisensory, complex. Bringing these artforms together in this beautifully crafted limited-edition console perfectly celebrates the pioneering spirit of the brand. With its attention to detail, craftsmanship and merging of cultural context and cues, this project offers an enticing and luxurious piece.”

Only seven units of the 1950s-inspired Grange 70th Anniversary Limited Edition Record Player Console will be available for purchase. They bring together wine and music in a luxury edition of hand-crafted furniture, offering an exclusive experience for Grange aficionados and lovers of fine wine, music and design.

Symbol Audio was engaged to craft the Grange 70th Limited Edition Record Player Consoles. Symbol handcrafts modern audio HiFi consoles and vinyl LP storage cabinets in the tradition of fine furniture, and brings together analogue electronics with digital technology to deliver audiophile sound enriching the connection between the listener and their music.

Each console is created using time-honoured techniques totalling over 100 hours of work. They contain a limited ‘White Capsule’ release Grange magnum duo from the 2010 and 2017 vintages, a suite of luxury accessories including a hand-blown Grange Decanter crafted by Australian glass artist and designer Nick Mount, and seven specially curated vinyl records, a seminal album from each decade since Grange’s conception. In addition, the specially designed speaker grill features a pattern inspired by a bird’s eye view of a patchwork of Penfolds vineyards.

Peter Gago, Penfolds Chief Winemaker, says: “Music, like wine, takes us to another place. It so effortlessly conveys recollections of important times and places. It soothes, it stirs, it soars. It’s primal, it truly does soulfully ‘strike a chord’, it certainly satisfies the senses. Our own ‘tastes’ transcend the subjective – we’re the owners and arbiters of what we think is special. Music, wine, side by side? Why not?” 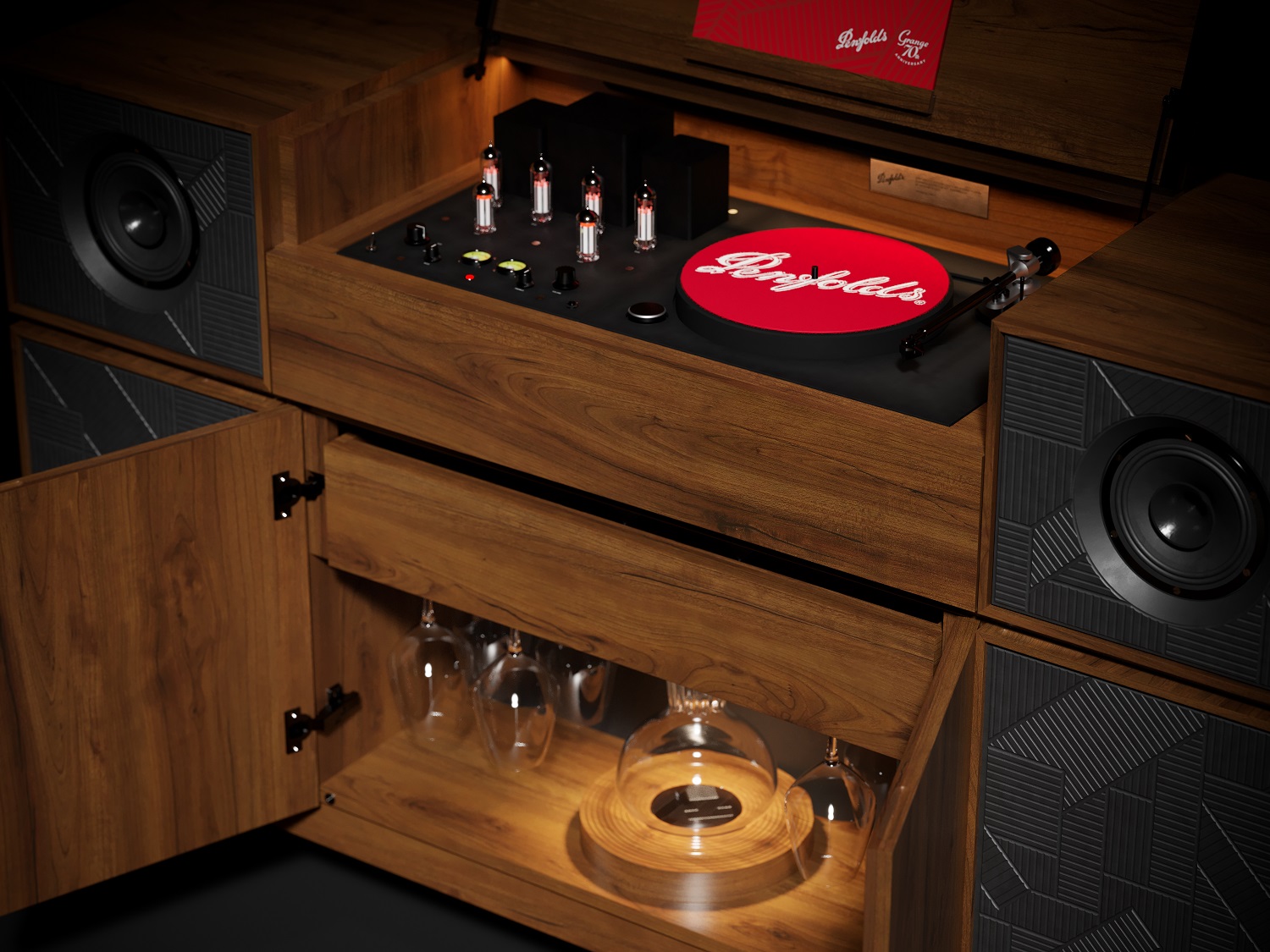 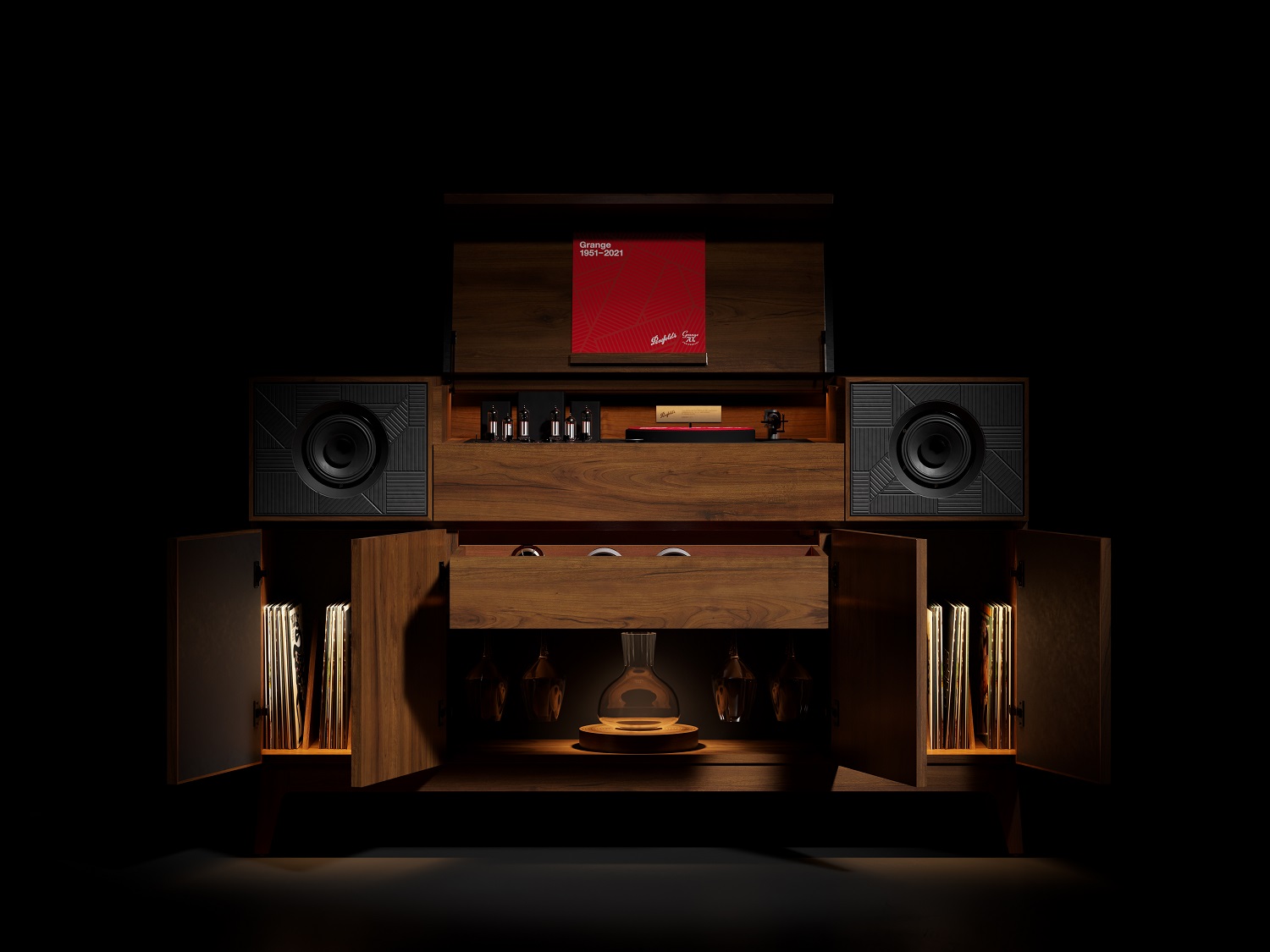 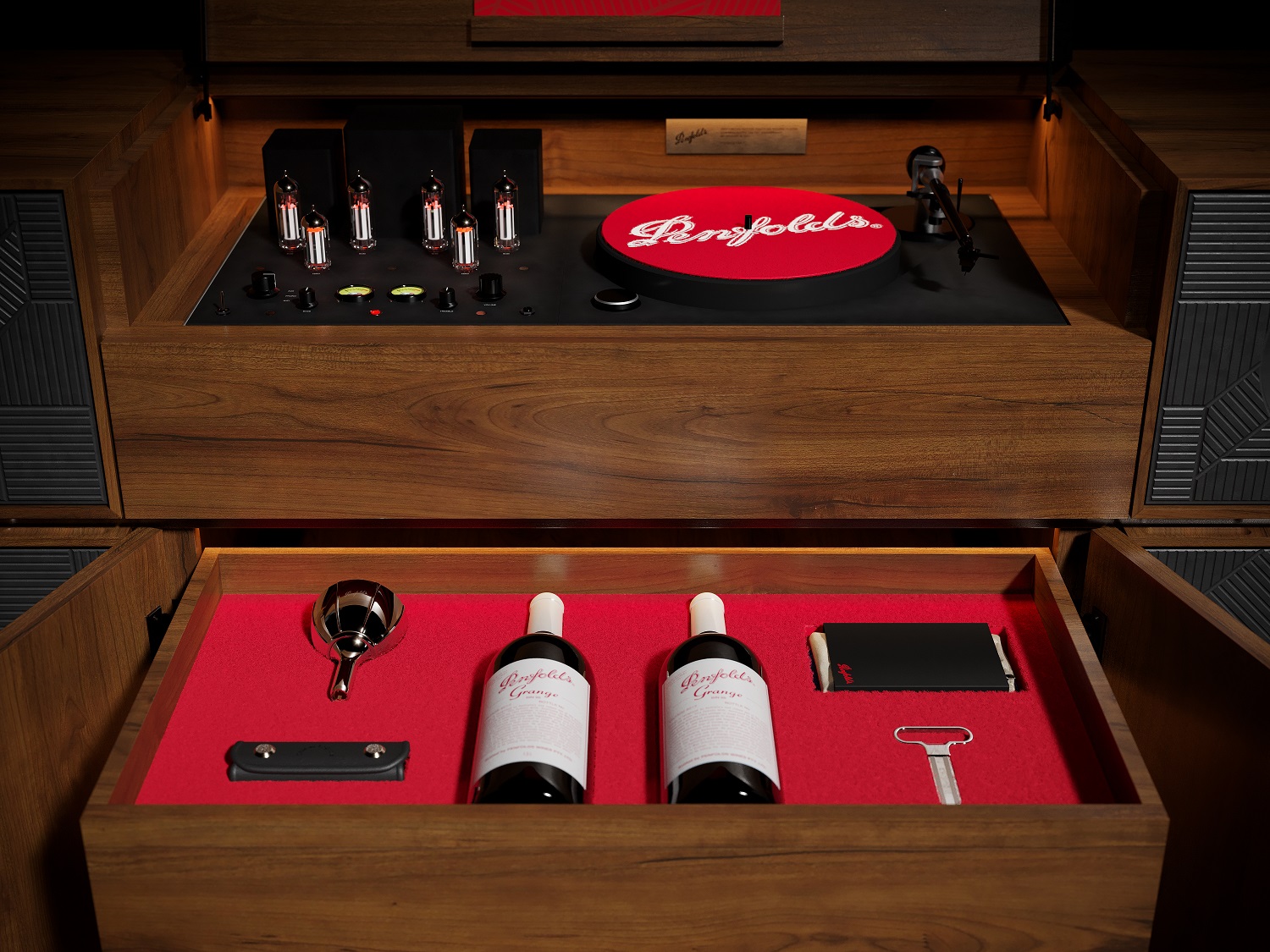 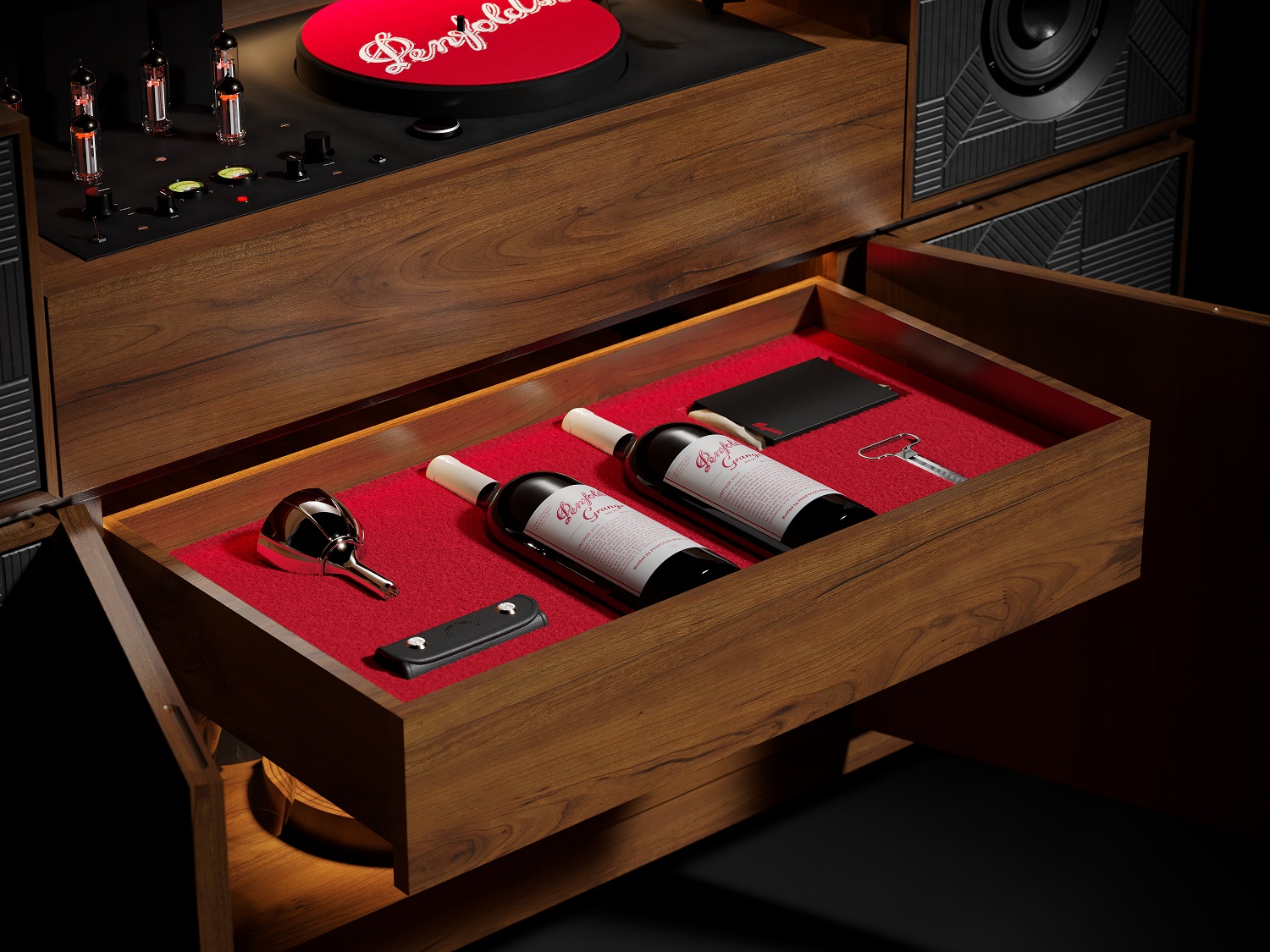