Viandi is a classic and luxury French cuisine restaurant in Birmingham city, UK. Founded by Michael Moore – a professional chef with a big passion for cuisines in the world, especially French cuisine. Inspired by the famous French cookbook Le Viandier De Taillevent by Guillaume Tirel, Moore brought the quintessence of French cuisine to Birmingham under the name Viandi. Like in France, dishes here are prepared meticulously and beautifully by the skills of professional chefs to bring inspired dishes from French cuisine. It will be so great when customers are served original French dishes and relaxing with soft classic melodies.

French cuisine is very diverse and traditional but it is not popular in many countries because the complicated names and recipes changed over time, so it is more difficult to reach customers. Viandi was born to make a diverse cuisine like French cuisine more popular in Birmingham with original French-style dishes. Viandi wants to help customers have a new look and easily approach this cuisine. Viandi desires to become an exciting place with memorable experiences for customers.

Because Viandi is a new brand, so it is necessary but also lots of challenges to create a new visual identity for Viandi. With their visions and brand values, the new brand visual needs to be distinctive and outstanding but not too different to avoid the difficulty of connecting with their customers. In addition, the new brand visual also needs to be simple to express the classic and luxury in a more modern and elegant direction.

From Birmingham city, the hometown of Michael Moore. With his love for his hometown and a big passion for cuisine. After many experiences, he created Viandi to bring French cuisine to the people of this city. That is an inspiring and memorable story. So, a good direction is to create a new visual identity that not only includes the story and spirit of Viandi but also associates with the great city’s values.

I have searched many documents and information about Birmingham. In historical documents, this city has a complicated history process from a small town to one of the largest industrial areas in the UK under the management of many clans and ruling classes. Birmingham is famous for many world-leading movements in industrial revolutions, science and technology. Birmingham has a history process with great values, so finding a representative element of those values would be a good solution. After researching and selecting, I decided to build an idea around the image of the coat of arms of Birmingham. The coat of arms is an image that represents the city. It includes the stories and historical values of this city and the Birmingham family – the family has ruled this place for a long time since the 1150s with significant roles for the prosperity development of Birmingham.

After analyzing and separating the elements of the coat of arms, I decided to choose the Tudor rose image then modified and simplified it to be suitable as the brand symbol. The Tudor rose is a famous image in the UK. It not only represents history stories but also is a symbol of luxury and nobility in this country. In addition, I separated the shapes and elements include the diamond, crown, and pine. Then I simplified and combined them to create a pattern system with a cross shape like negative space in the coat of arms. 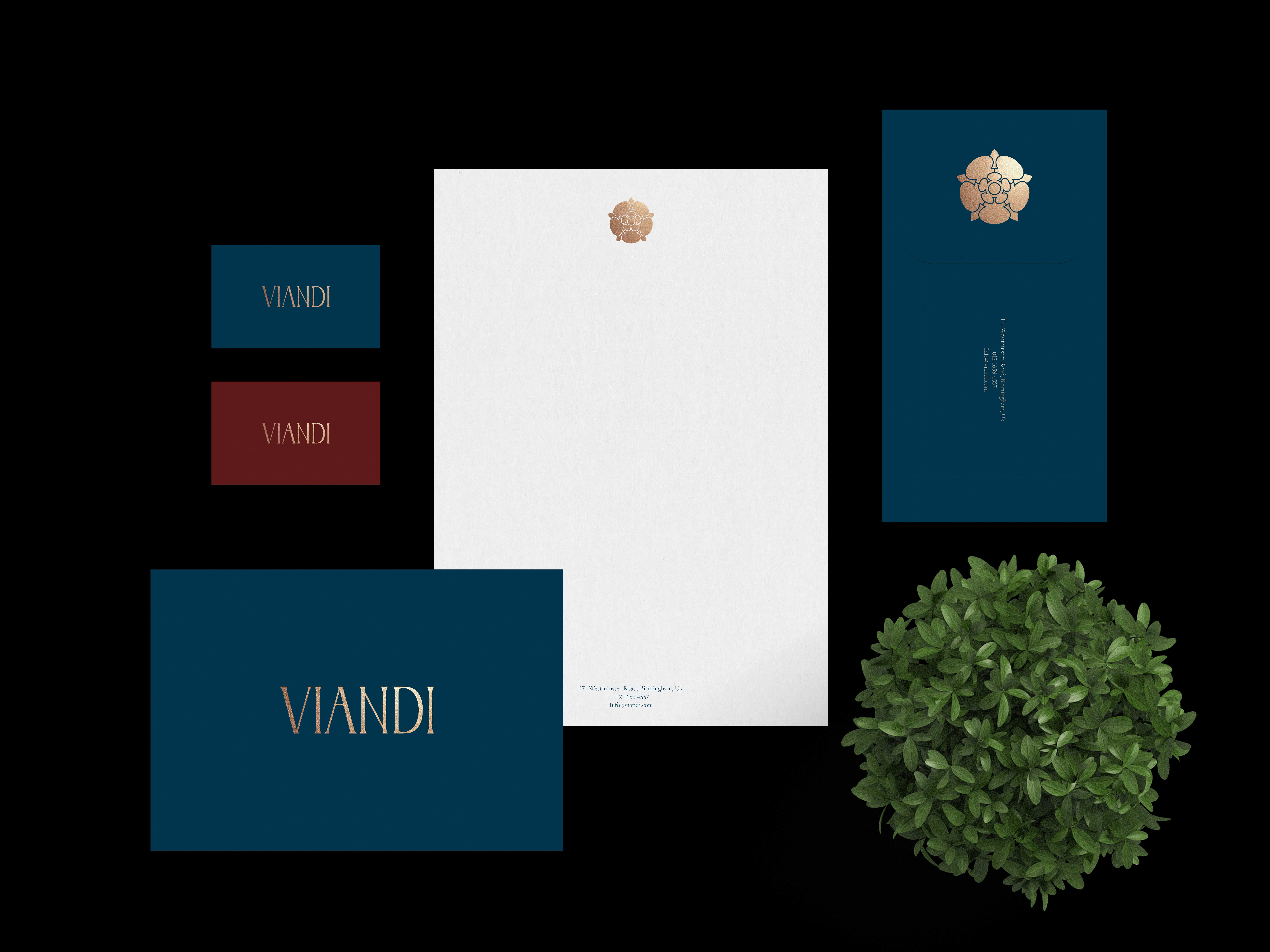 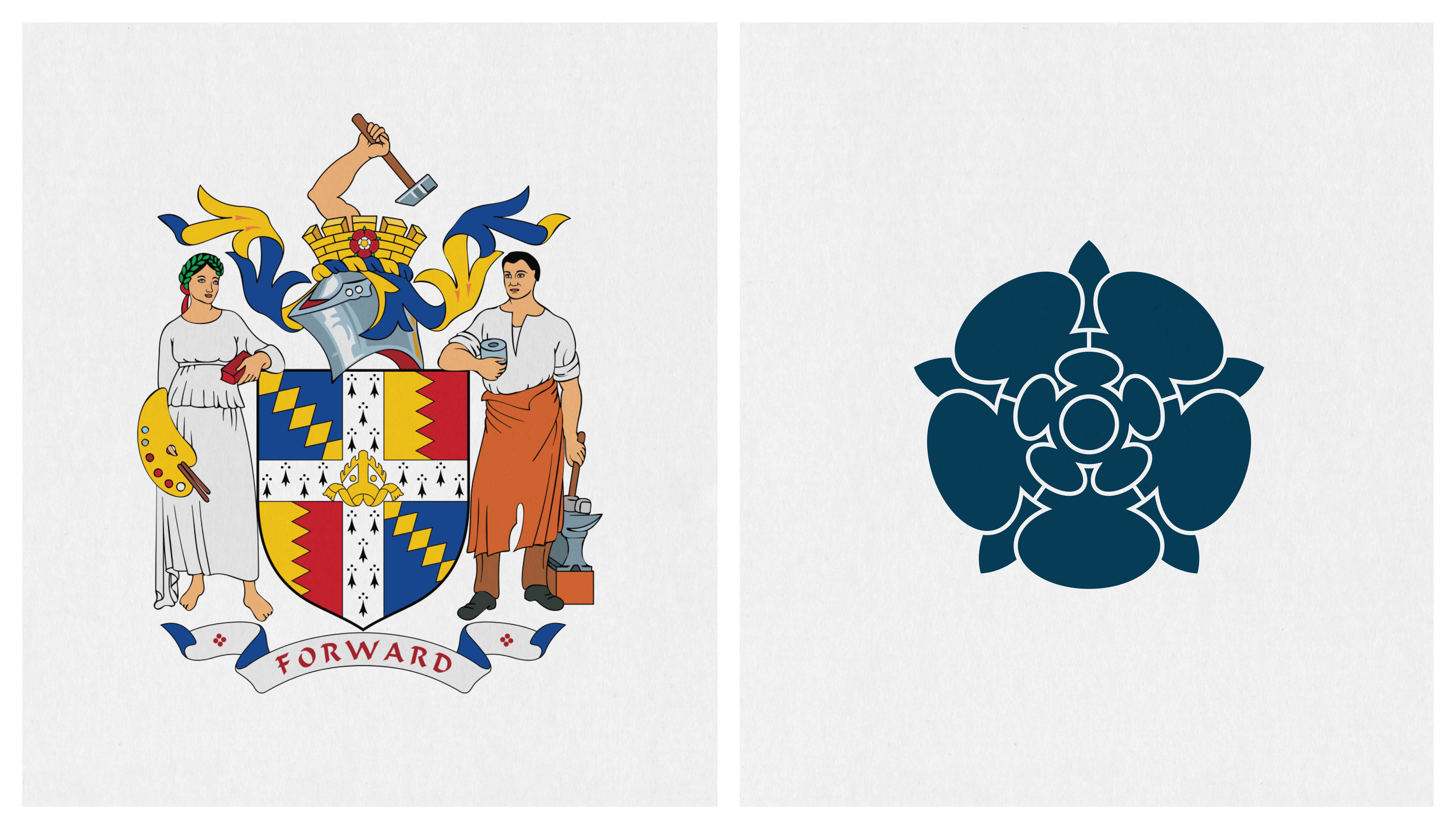 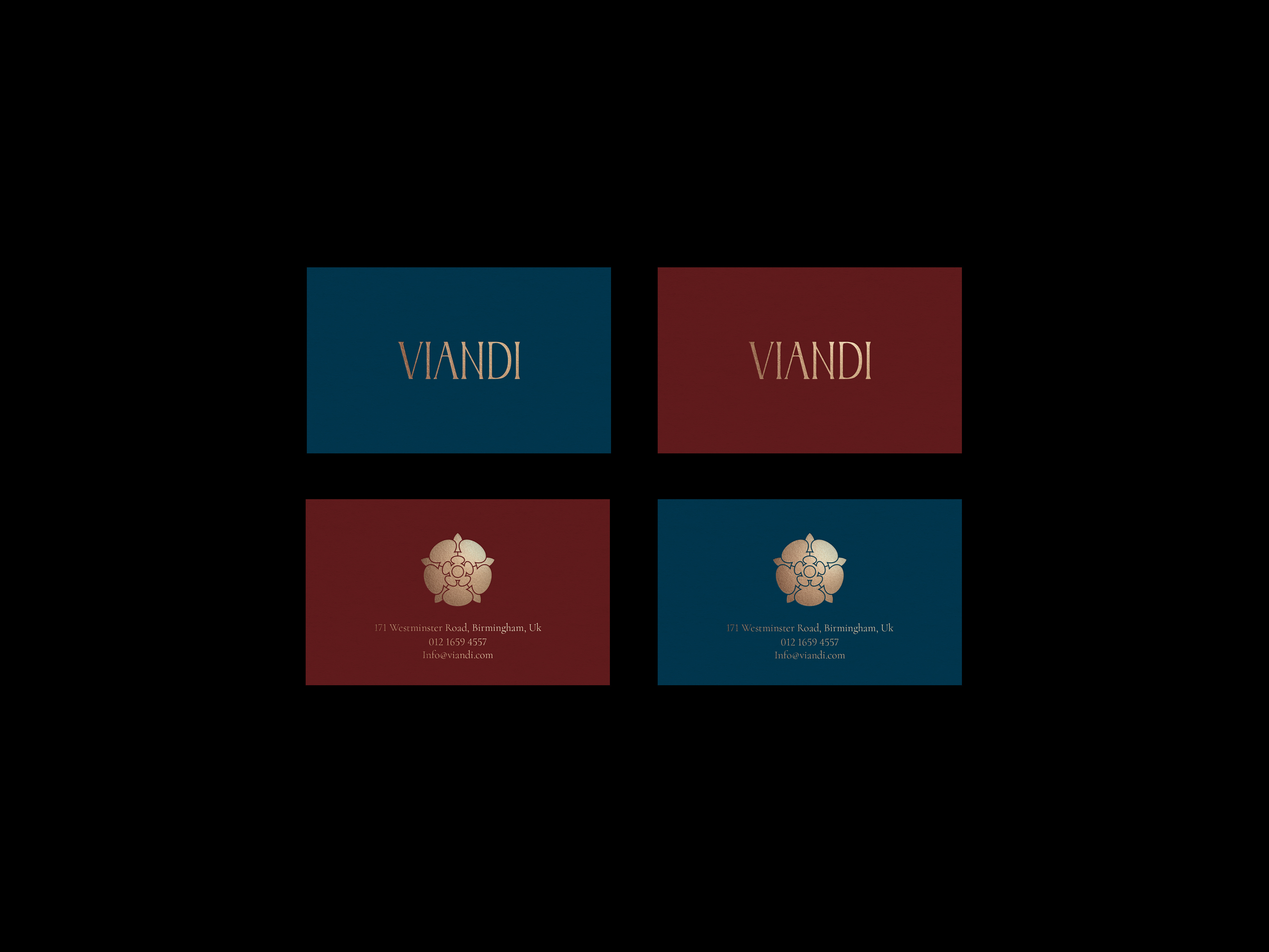 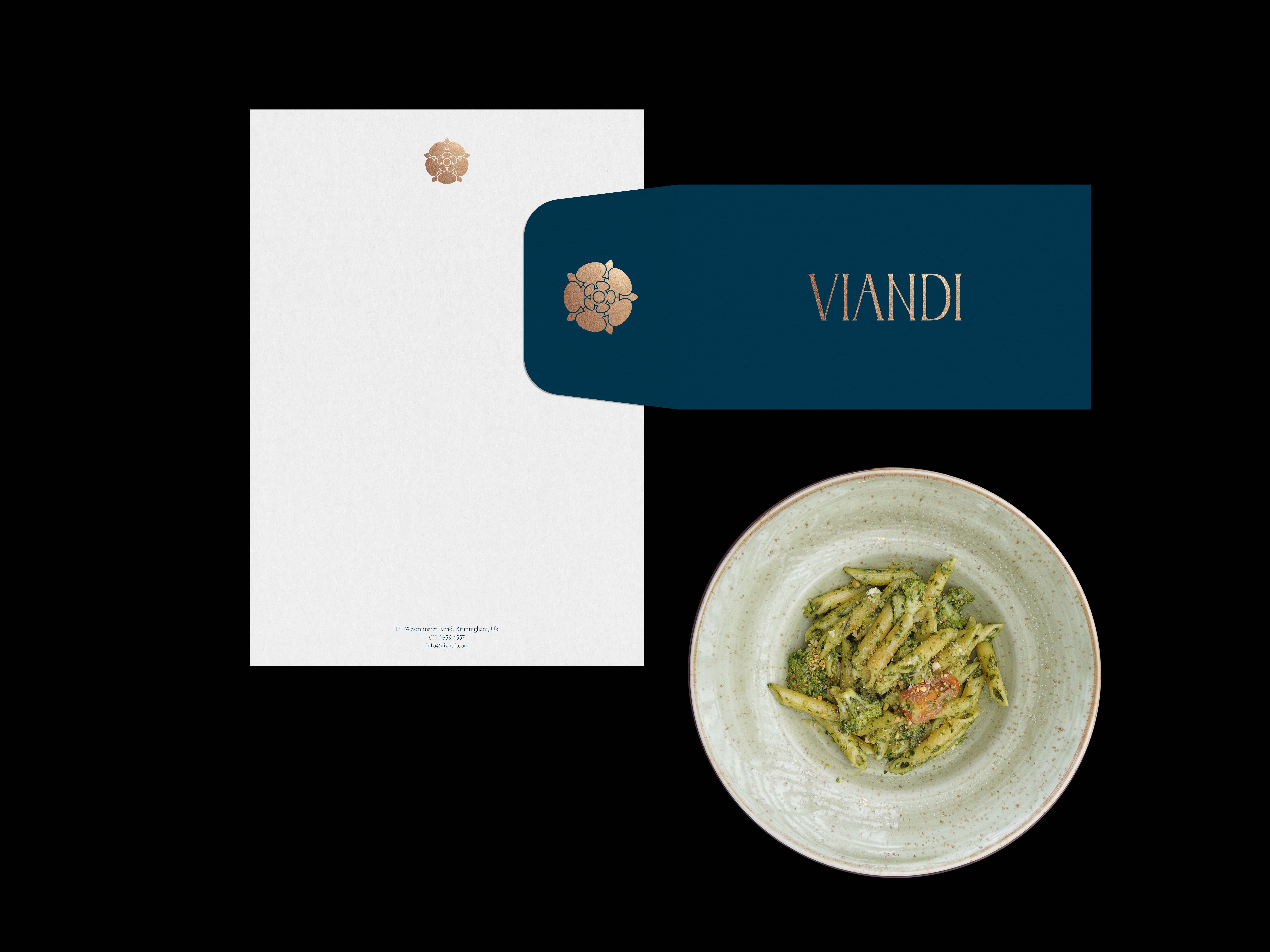 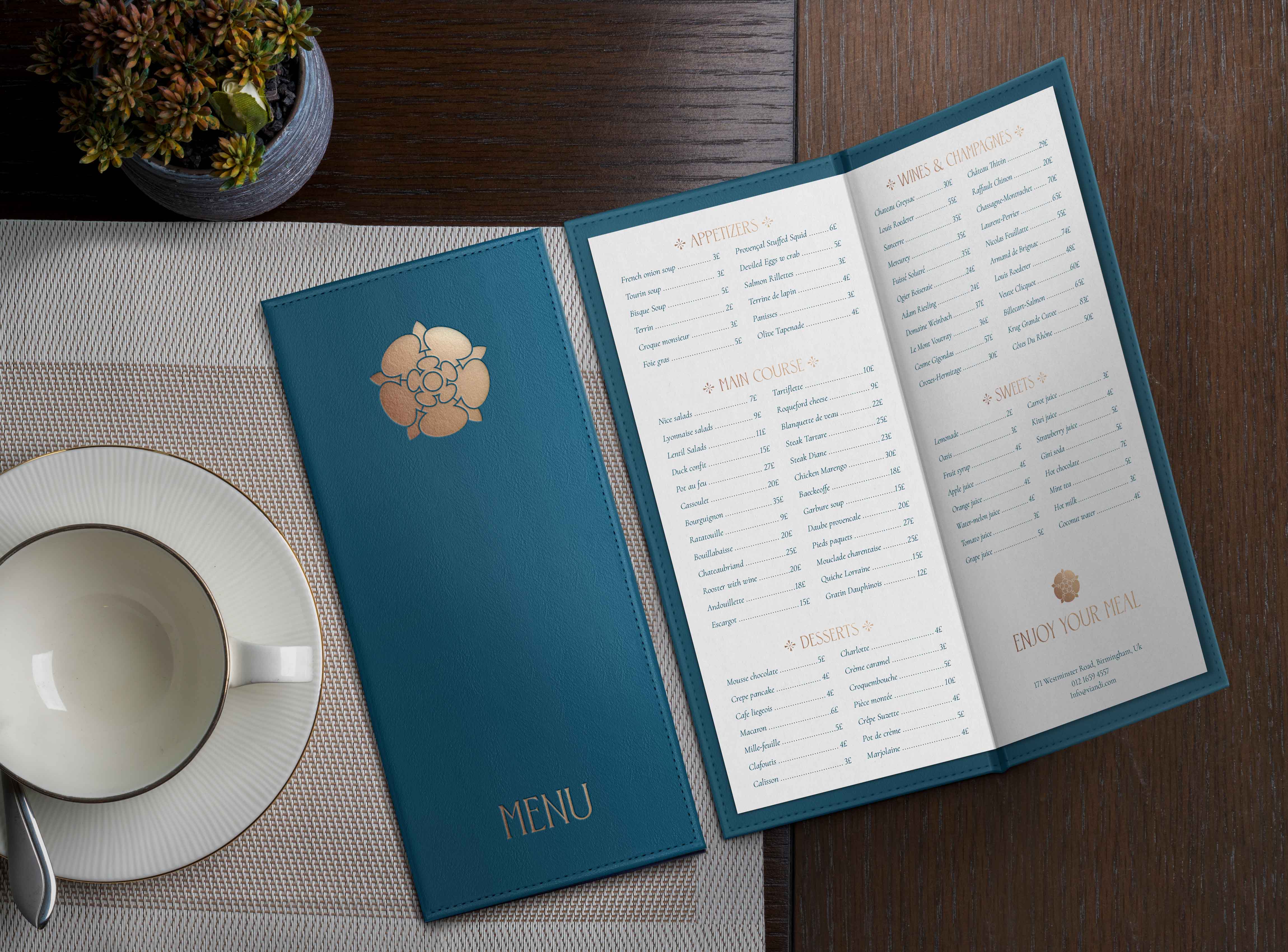 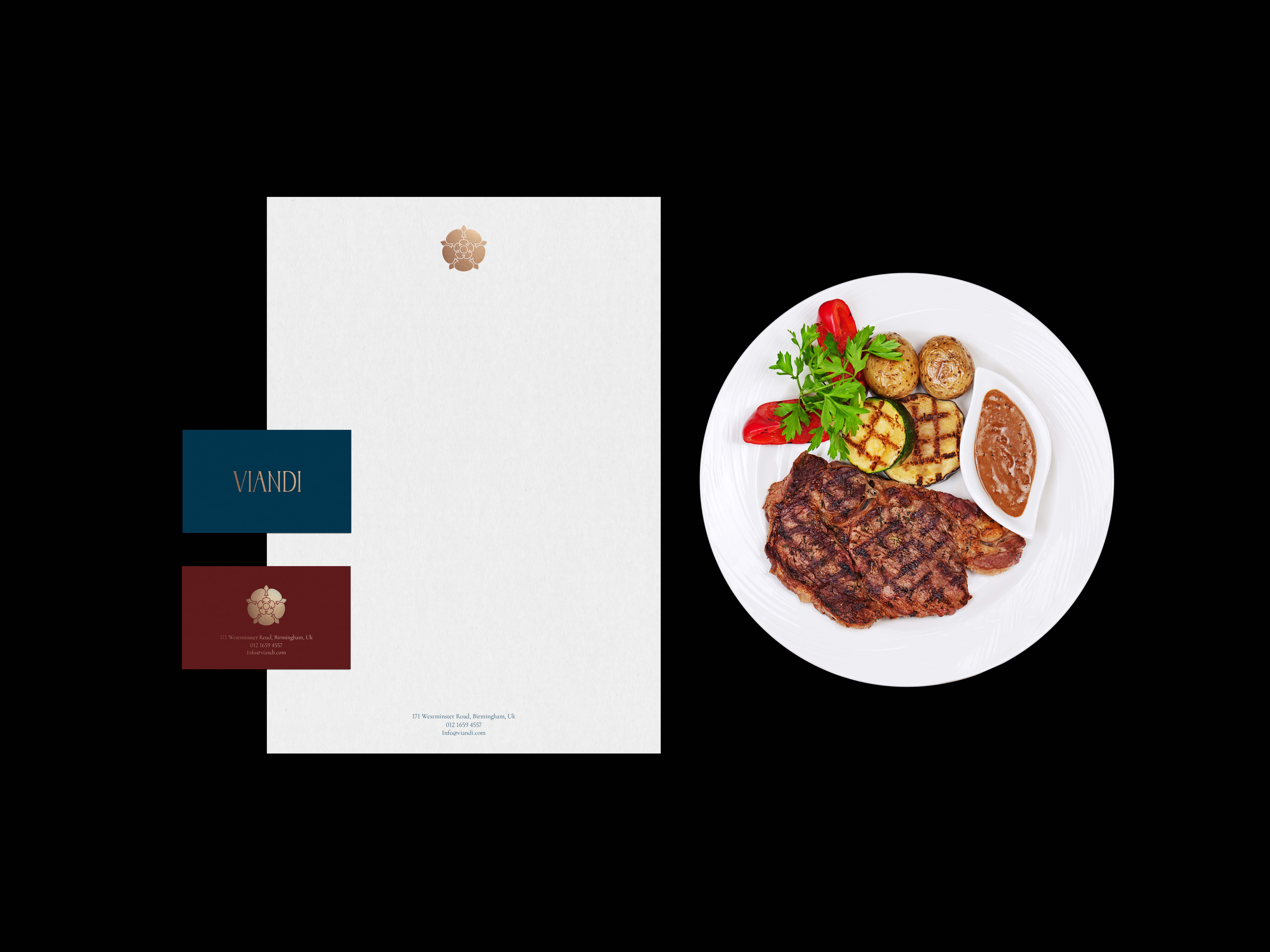 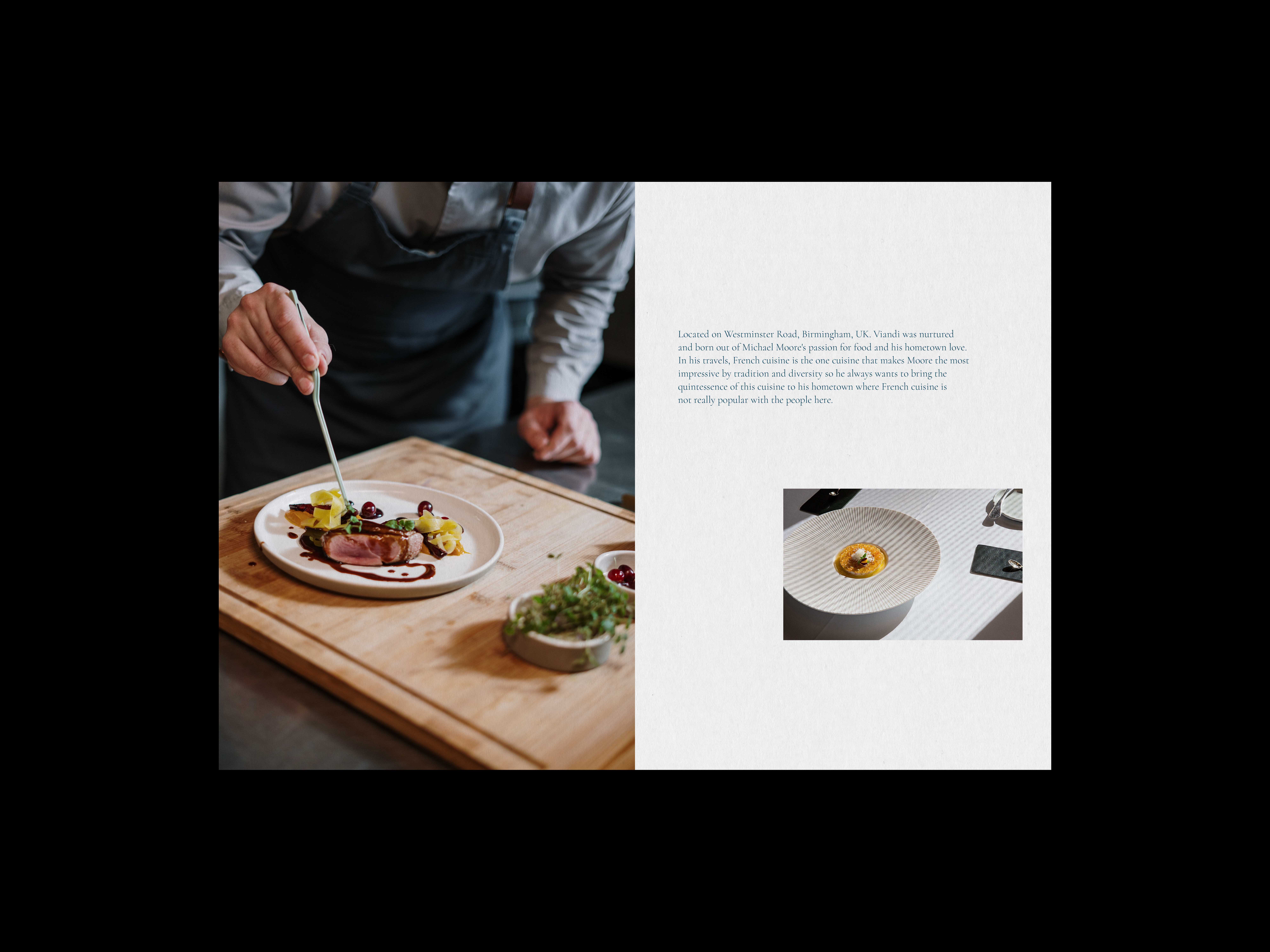 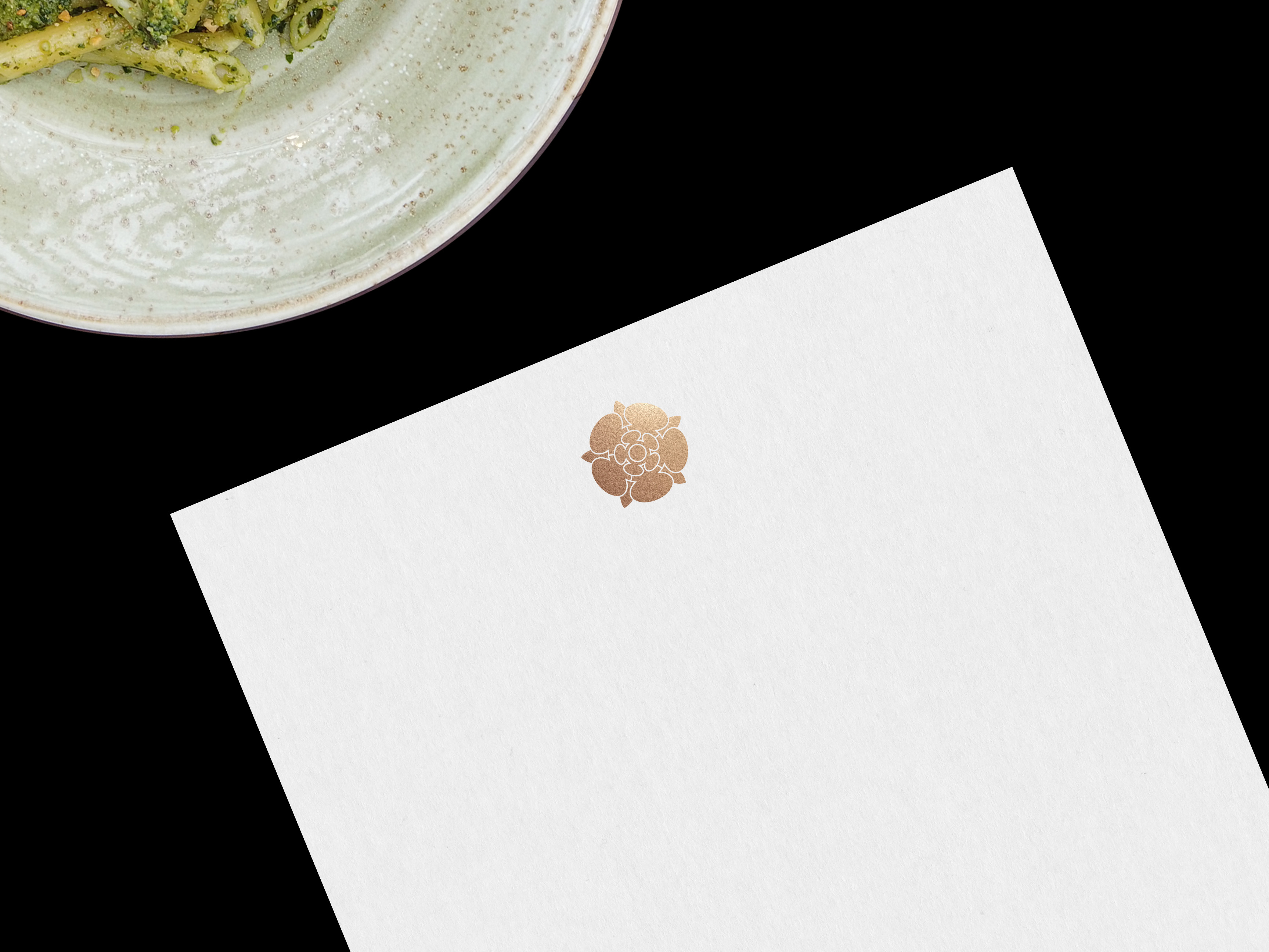 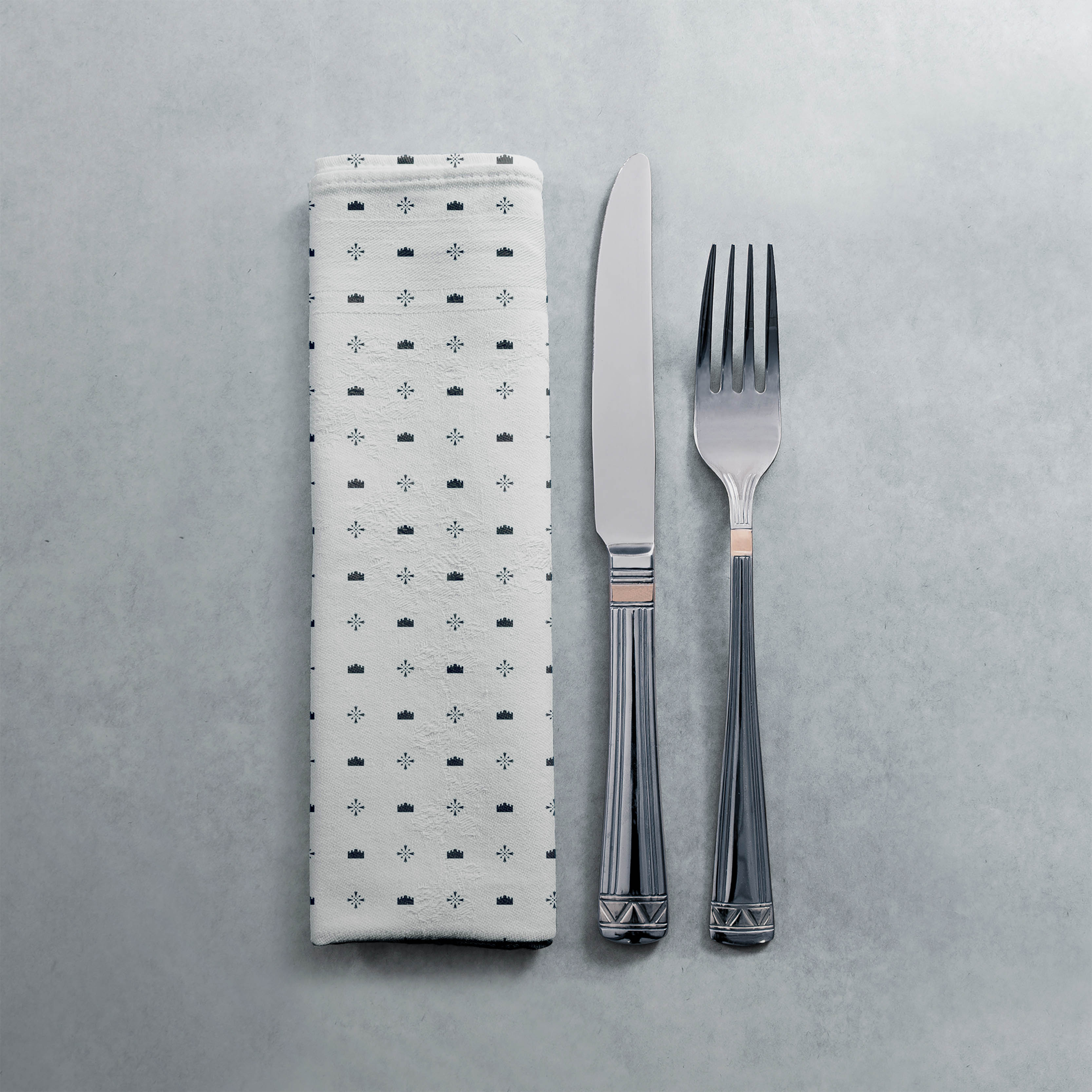