Building on the brand identity for the iconic Restaurant Le Drugstore – for which Design & Practice designed the identity and British designer Tom Dixon designed the interiors – “Le Patissier” of restaurant Le Drugstore brings back a timeless mystique to the famous pâtisserie scene of Paris. By referring to it as Le Patissier rather than Patisserie, Design & Practice chose to emphasise the personal artisanal skill of the pastry chef. This approach was a strategic foundation for the growth of Le Drugstore into several specialist hospitality concepts. During the recent lockdowns Le Drugstore was able to roll out this concept further by introducing Le Traiteur, as a takeaway concept to deliver the quality of its 3 star Michelin-star chef Éric Fréchon to Parisian homes, using the brand and graphic concept guidelines. In the graphic language the studio tried to find a balance between the heritage of French pastry shops and bringing a fresh outsider’s perspective to this very French tradition. The choice of colours and the use of bold geometric colour blocking together create enticing “gourmand” colour combinations that would inspire people to treat themselves and others to small culinary treats in their busy Parisian lives. Situated at the very top of The Avenue des Champs-Élysées, situated on the large roundabout that revolves around the Arc de Triomphe, Le Pâtissier du Restaurant Le Drugstore is a beacon of Parisian history loved by both Parisians and visitors alike. Publicisdrugstore is widely seen to be the first ‘concept store’ of Paris, bringing the American concept of ‘luxury convenience’ to the local scene. This balance between Parisian elegance and American ‘masculine cool’ underpinned the concept for the identities of both Restaurant Le Drugstore as well as Le Patissier. Since the seventies it has been loved by Parisians for its differentiation from the local standard. The rebranding of the restaurant and patisserie is therefore a logical chapter in a long narrative of reinventing itself to stay relevant and unique. 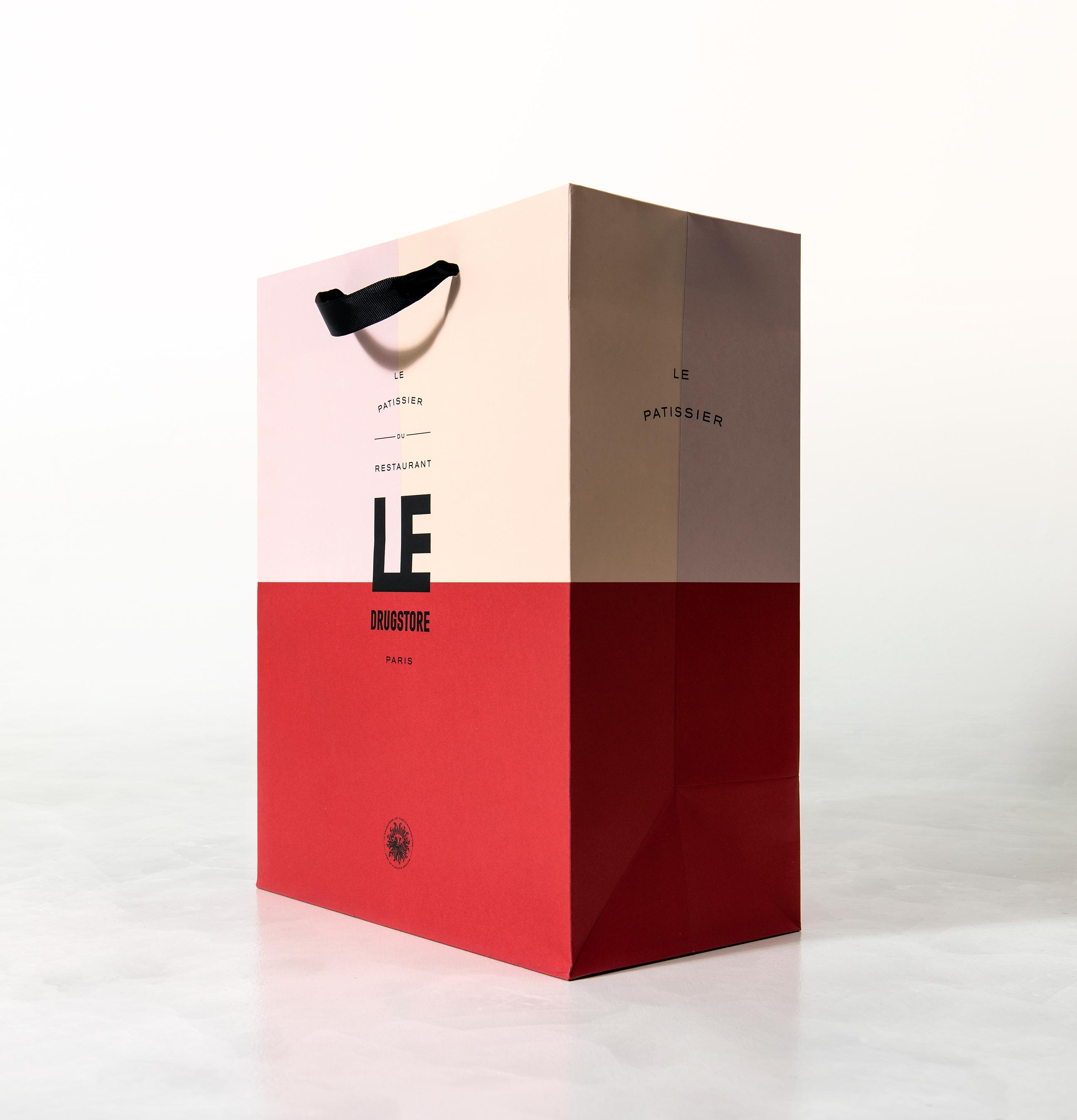 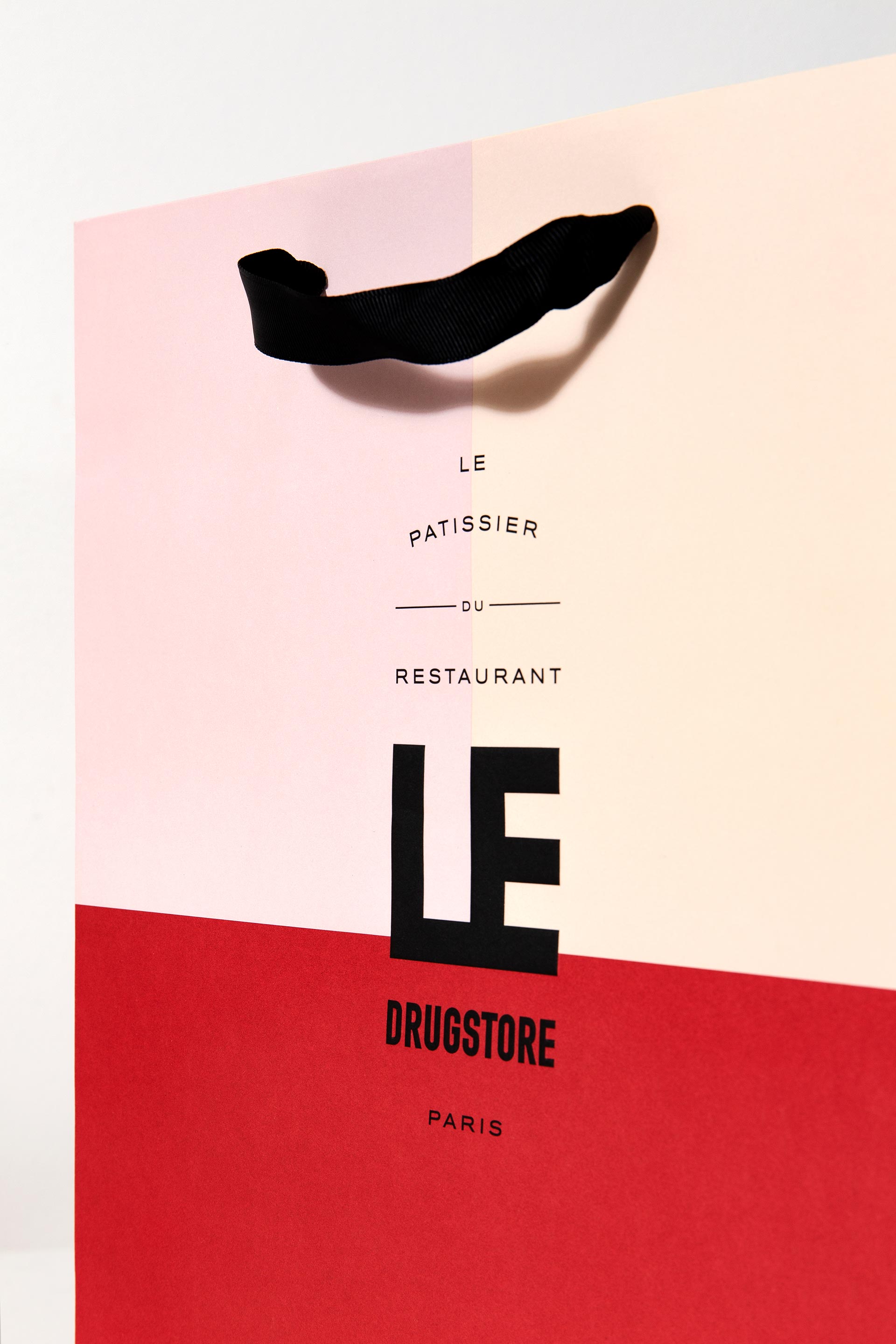 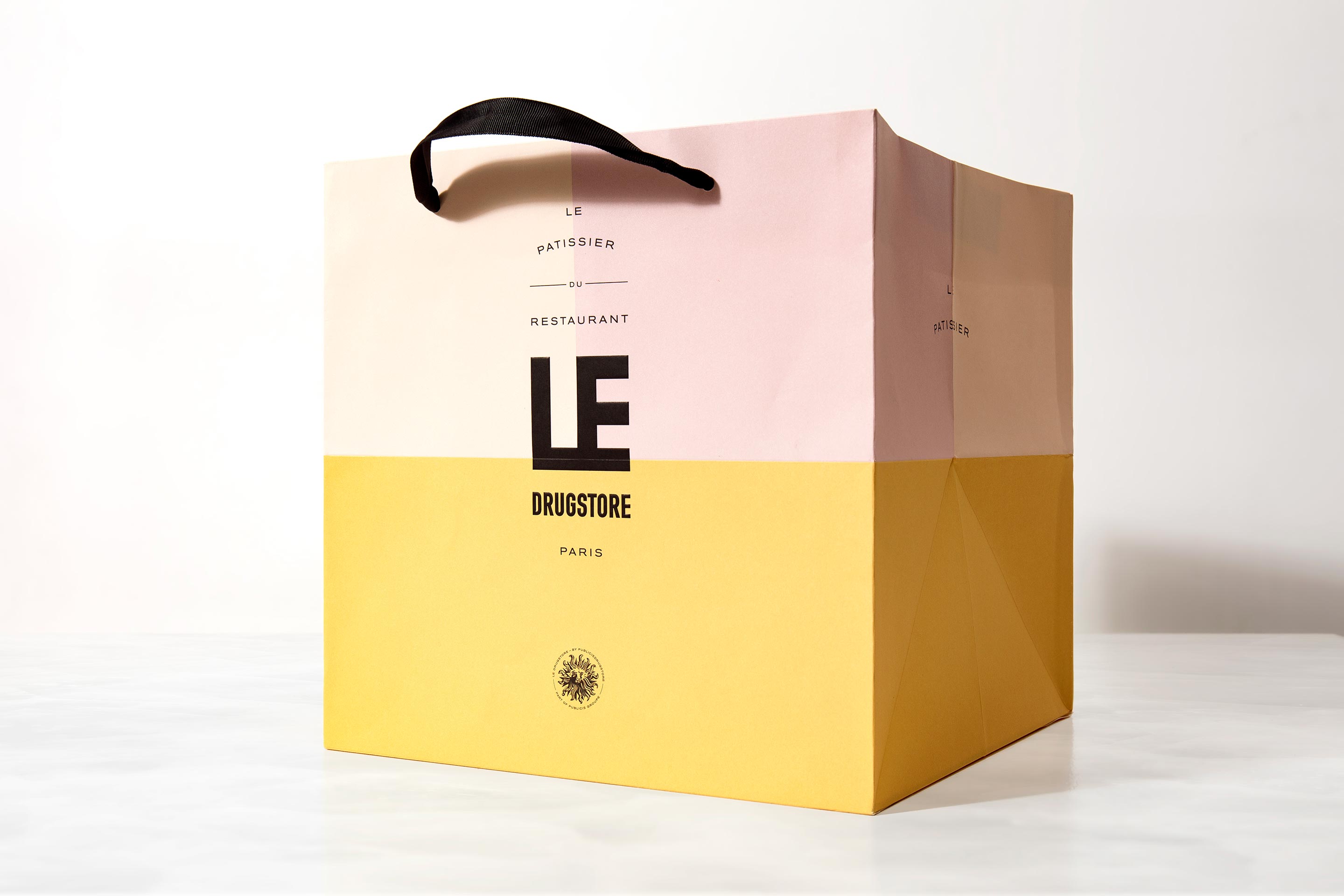 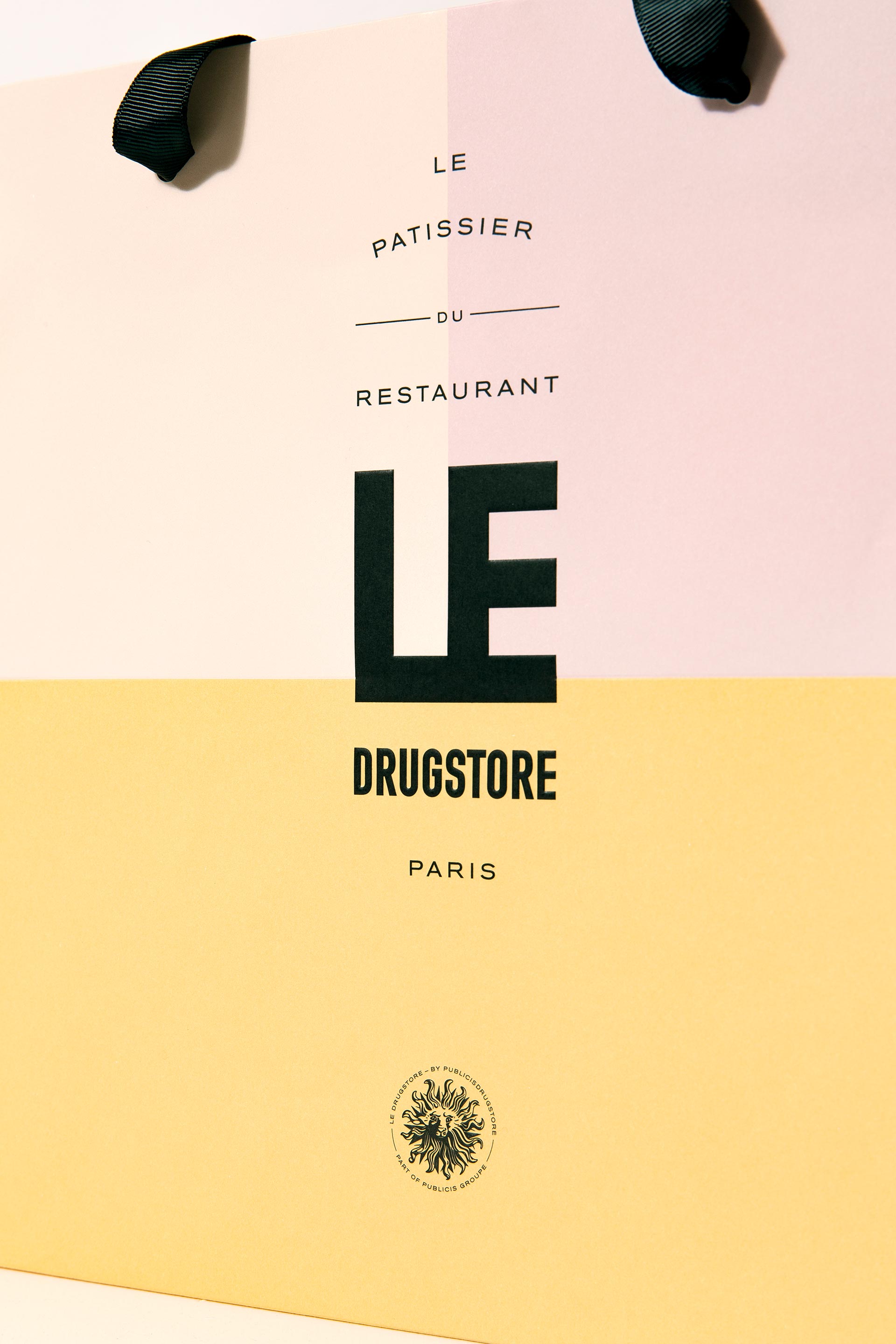 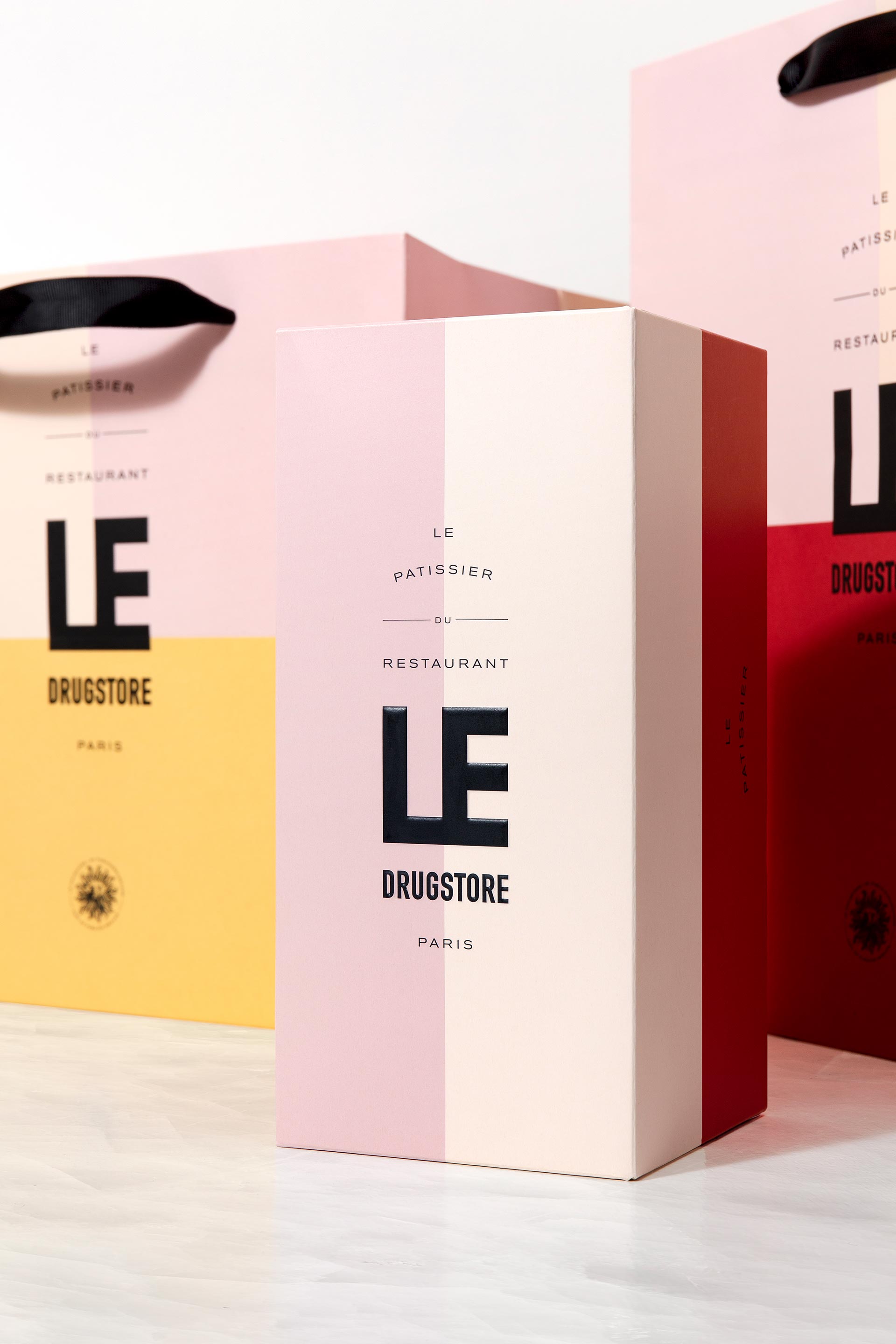 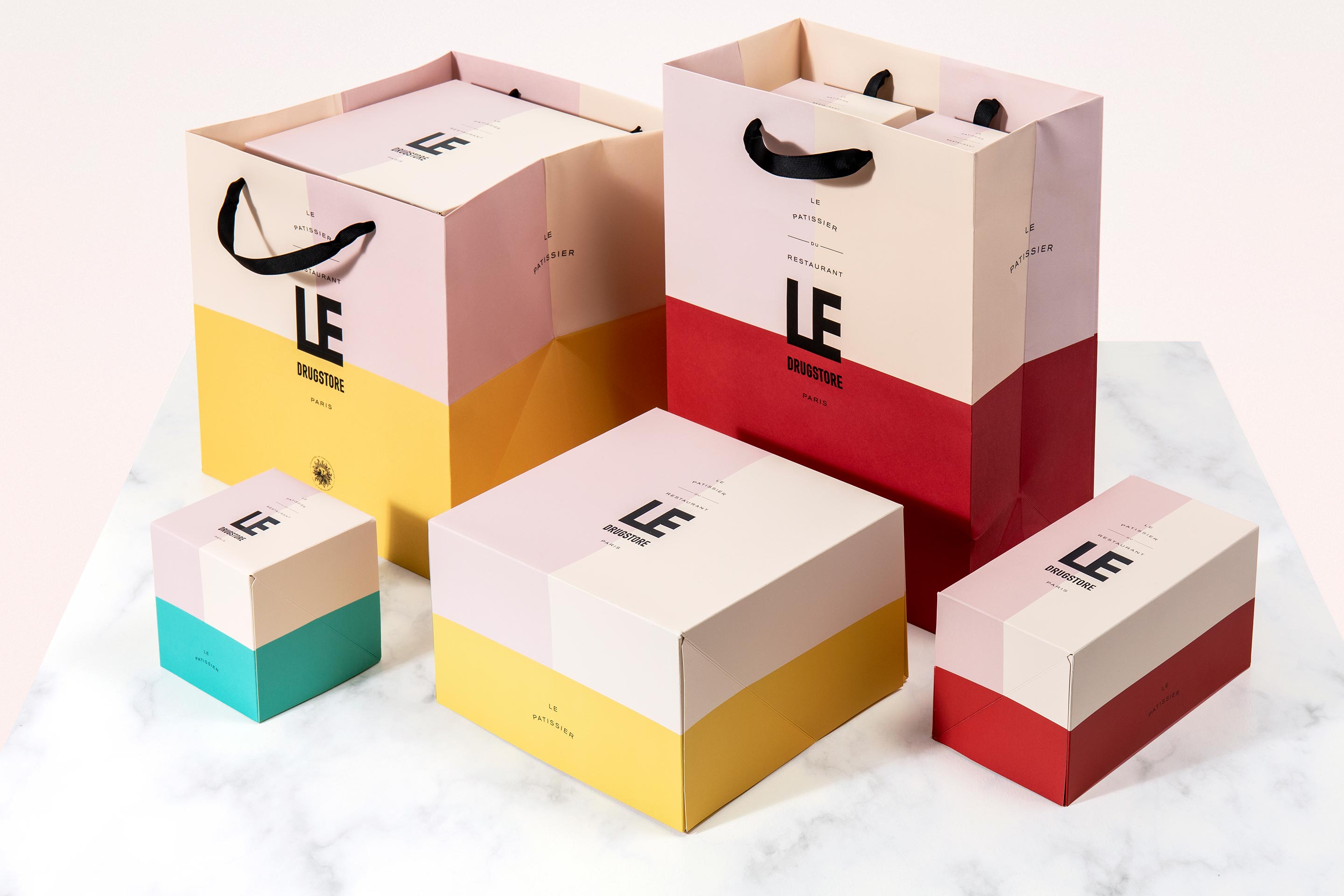 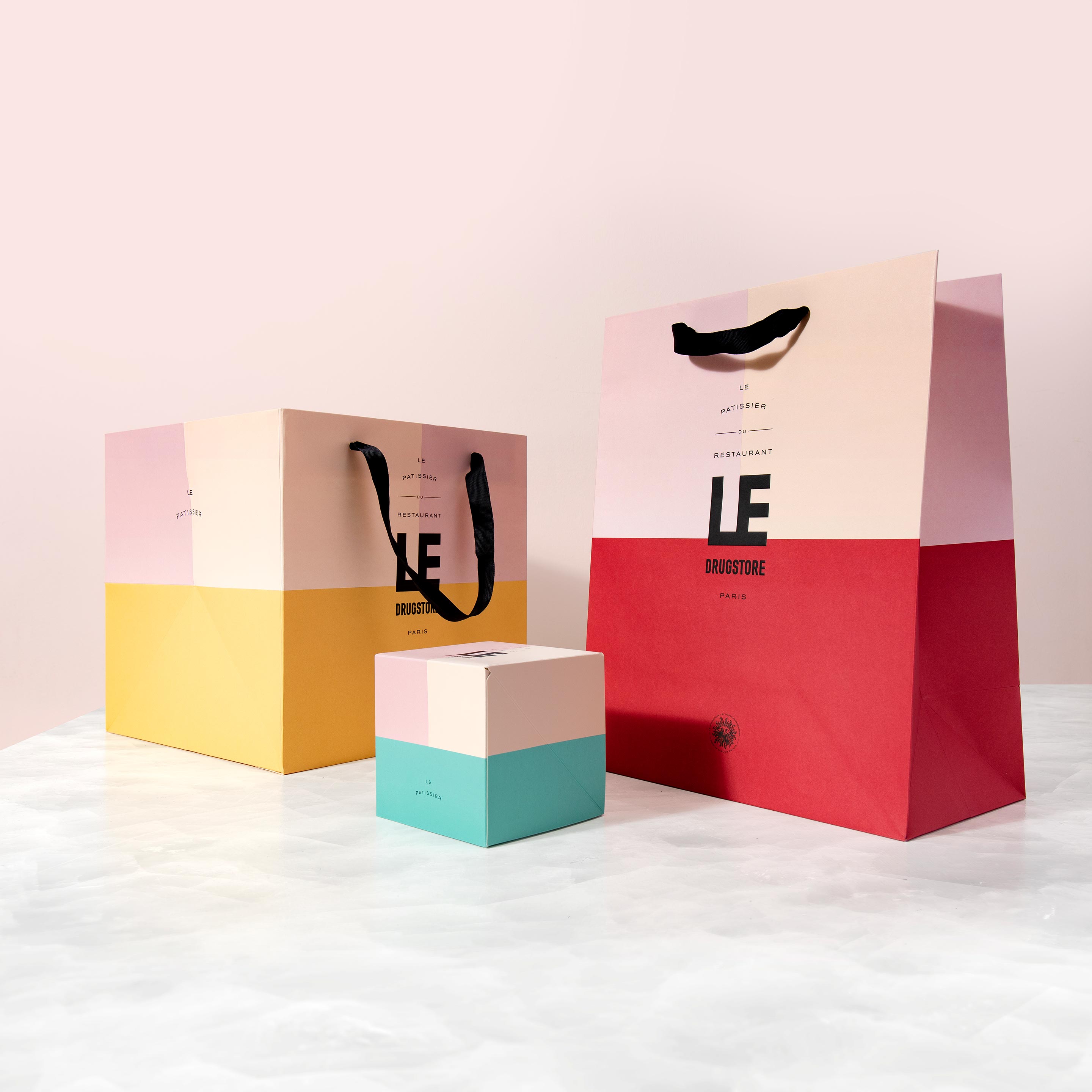 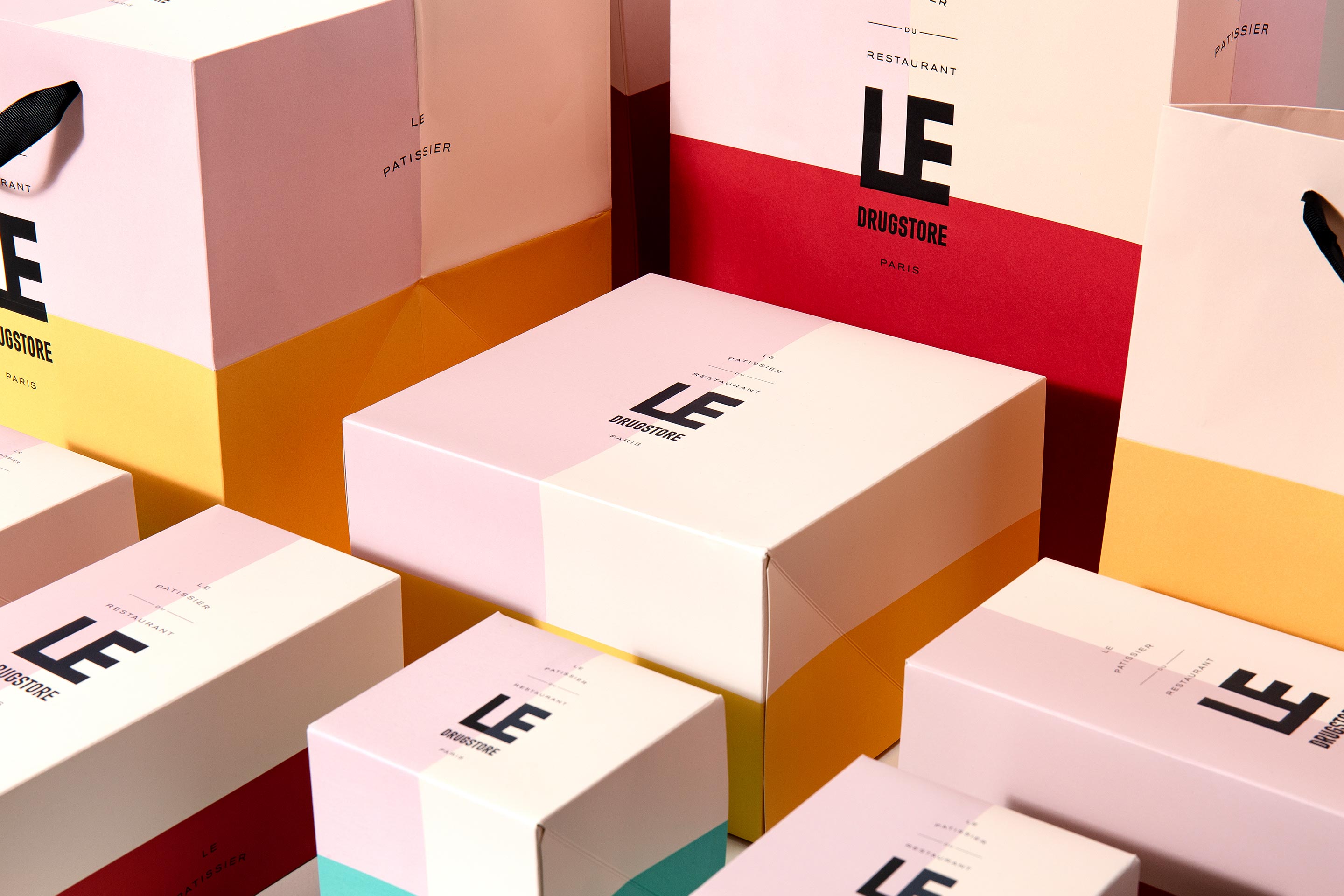 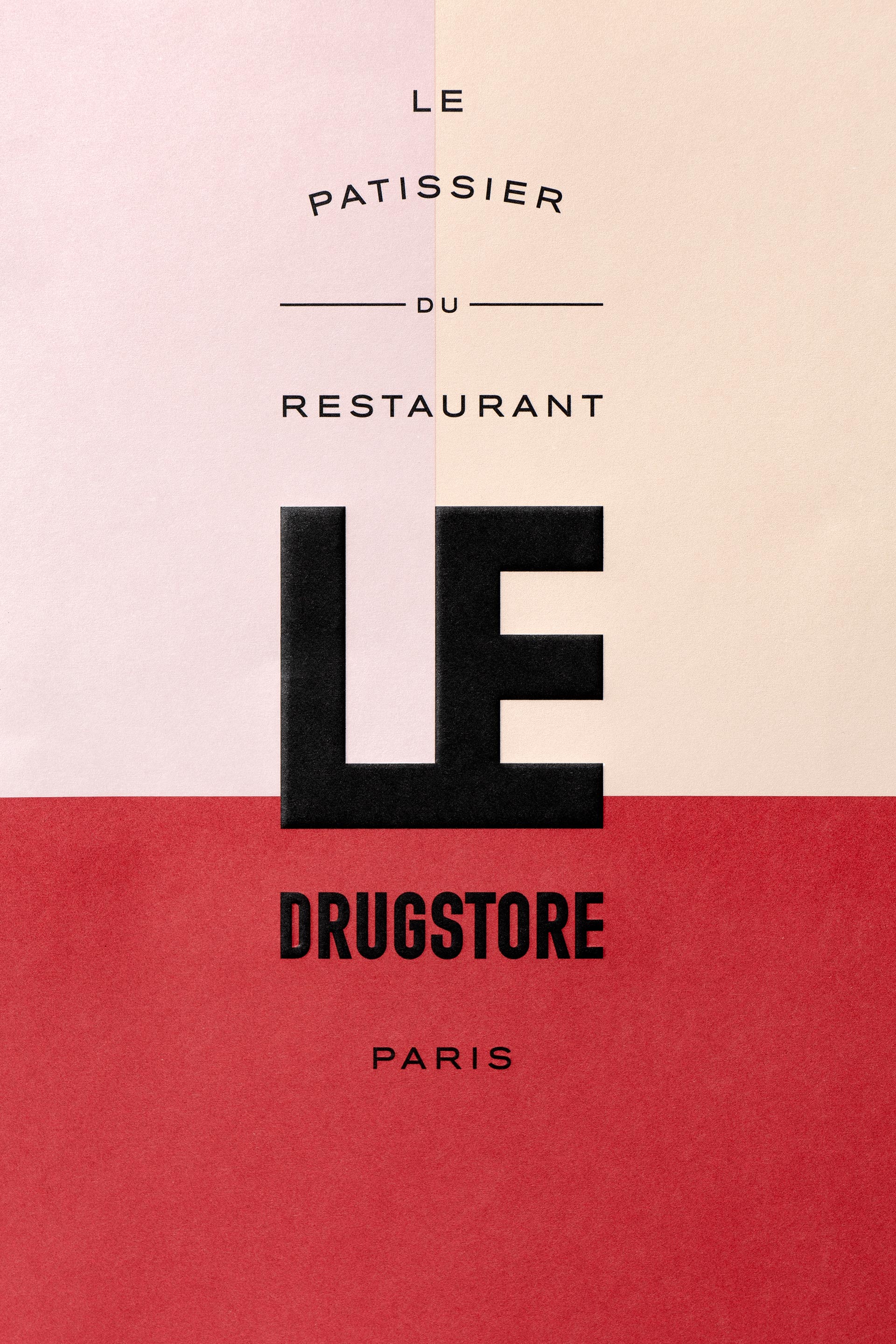 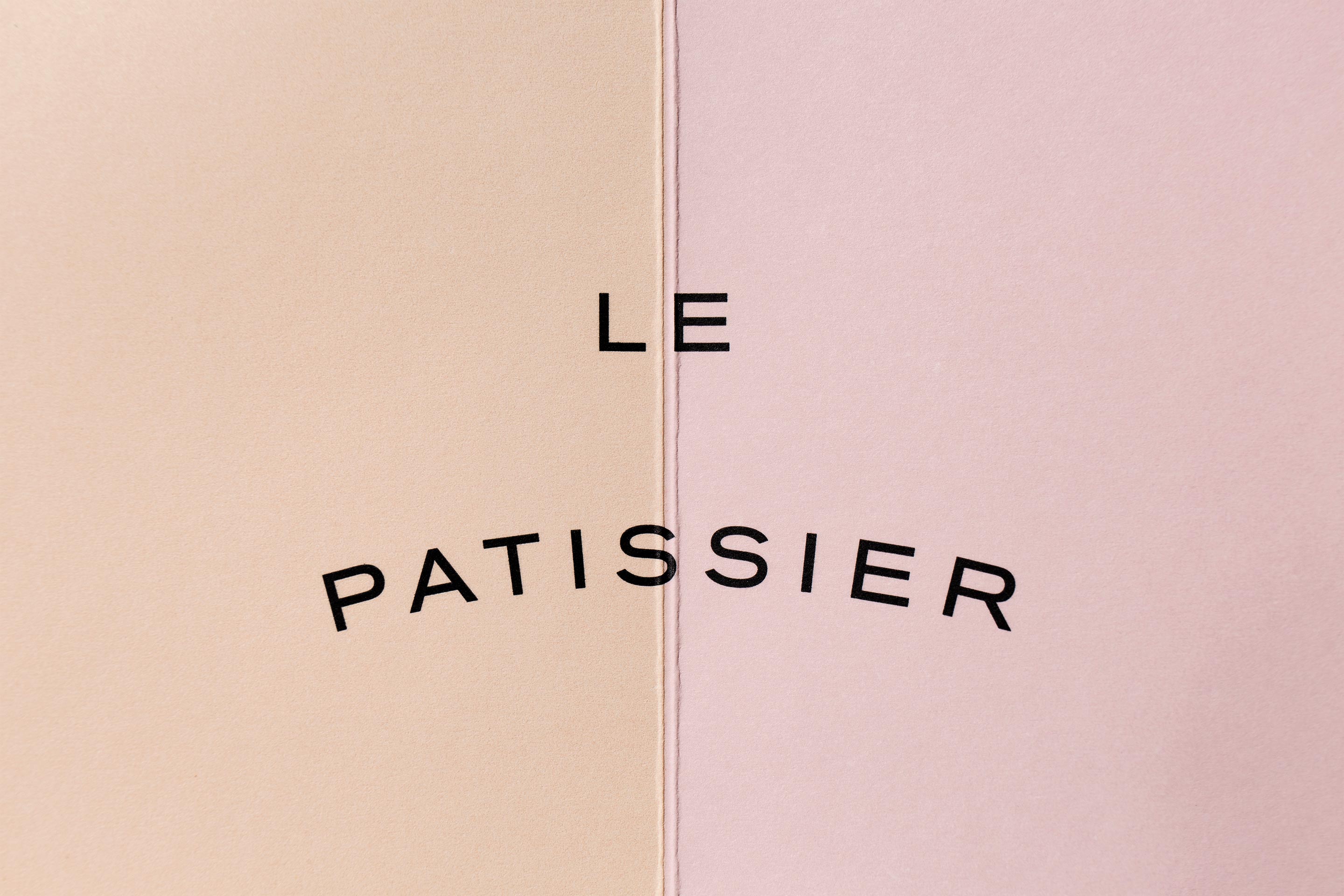