Belmoca, the Belgian coffee producer, has relaunched its flagship Belmio capsule brand across Europe with a vibrant, distinctive new identity created by global independent branding and innovation agency Dragon Rouge. The new Belmio brand highlights Belmoca’s aroma guard that ensures freshness remains in the coffee capsules, and differentiates it from the competitive set.

Belmoca was the first company to launch an aluminium and Nespresso-compatible capsule, and had grown to sell in nearly 80 countries worldwide. However, over time Belmoca felt that Belmio needed a renewed brand story in order to strengthen its presence on a cluttered shelf. Dragon Rouge were appointed to define a new powerful brand strategy and an impactful packaging system that could help Belmio compete at shelf once again.

Working in partnership with teams from across all parts of the Belmio business, Dragon Rouge sought to uncover the product and process truths that the new brand could be built around. After many conversations with various stakeholders, including the in-house master blender, and a visit to the factory, it became clear that Belmio’s production process was its unique story to tell. Despite being surrounded by tonnes of coffee, there was no coffee aroma in the air; Belmio’s bespoke aroma guard technologies protect and preserve the freshness and aroma of the beans at every stage of the process. All of the heady aroma and flavour is sealed into an airtight, recyclable aluminium capsule that’s so full of sensation, it’s fit to burst.

When focus groups revealed the consistent insight that the Nespresso owning sensory junkies revel in not just the taste, but the aroma too, the foundations of the new brand were locked in. Dragon Rouge developed the new positioning; ‘Unleashing extraordinary’ coffee experiences with capsules bursting with aroma.

The new brand and packaging reflects this unleashing of the full sensory power of freshly-ground coffee in every cup. The new system is built around the ‘explosive V’; a visual device that anchors the range, giving space for the flavour story to come to life, clear range navigation and brand recognition. We introduced a new impactful brand colour to bring immediacy and stand out to the shelf, balancing it out with a premium aesthetic of the pack system. We reworked the Belmio brandmark to build on the previous equities, with considered flourishes to drive ownability, and visibility ensured through high contrast use of black on yellow. We developed a new refined flavour palette that better reflects the brand’s simplified range, using colour as an indicator of intensity. The result is a vibrant, bold, creative challenger identity that breaks free from category norms and reinforces Belmio’s key benefits; freshness of taste, strength of aroma and an unparalleled experience.

The new brand identity was launched this month in Albert Heijn department stores in the Netherlands and Belgium before being rolled-out to Benelux and other key markets in early 2020.

Belmoca’s General Manager Luk Van Gelder said “The challenge for Belmio was big, in a competitive market with some strong players. We chose Dragon Rouge as we were impressed not only by their creative talent, but also by their brand story-telling skills and their mastery of the brand development process. We are thrilled by the new Belmio brand story and visuals, as are our consumers. We worked on a very tight time schedule, and we found Dragon Rouge to be very responsive to our inputs, working together in partnership. From all we have seen, we are convinced that the new Belmio is going to bring innovation and value to the market.”

Dragon Rouge’s Creative Director, Dave Robinson said: “From our first meeting and first taste, we were excited to get our teeth into the Belmio brand. It’s not often you get a chance to give a global brand such a dramatic re-boot, and we’re delighted with the client and consumer responses to the work. It’s a strong signal of intent for the brand. We will be eagerly watching the full launch, confident in its ability to influence the bottom line.” 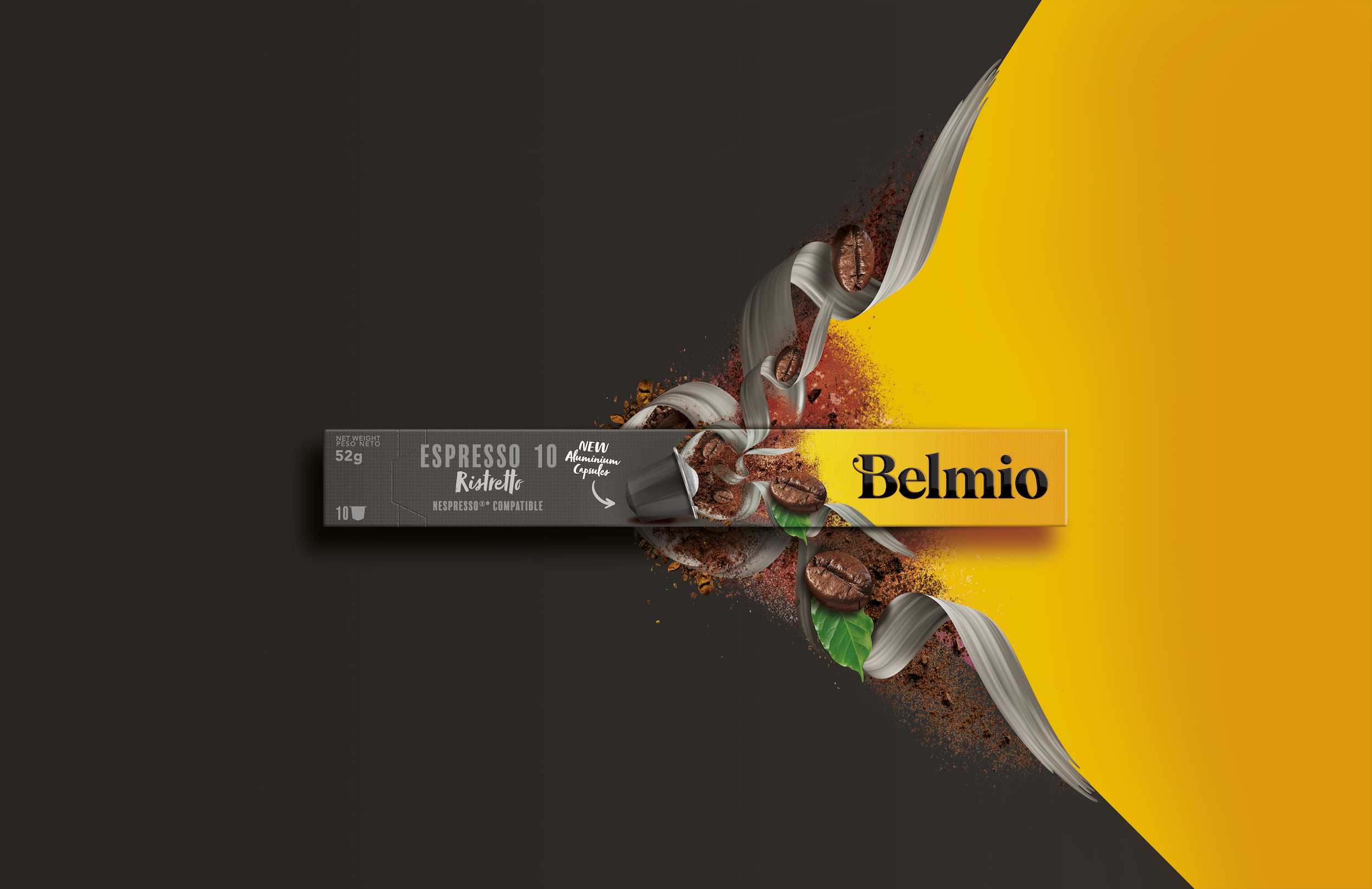