It resulted in a new gastronomy offer in a trendy bottle. The Weitra Bräu brand appearance in the small bottles with matching beer crates is thus perfectly suited for the gastronomy as well as events in Vienna or the native locations in Austria and all around the world.

The task was to relaunch ‘Das Helle’ and launch ‘Das Schwarze’ – both in trendy 0.33L bottles.
The final result are two old classics of brewing tradition which are now available from the oldest brewing town (700 years) in Austria – Weitra.

Who should be addressed as the target group: The name of ‘Das Helle’ & ‘Das Schwarze’ (‘the bright’ & ‘the dark’) are aimed at the young target group of trendy beers.

The newest packaging trend: The bottom-fermented ‘Helles’ in 0.33L bottles! The look of the special beer in the friendly bottle is crafty, striking and self-confident. Starting with the pale, the potential of this coherent design made the Privatbrauerei Zwettl think about to extend the product selection in the same design system. So it was obvious to launch the new beer variety ‘Das Schwarze’ as an adaption of the look & feel.

Which are the Weitra Bräu values and how are we able to underline them in the most suitable way for the client: In its entirety, it clearly associates the old craft tradition according to which beers have been brewed in Weitra for many centuries.

What about the Design and derivation for the client: The prominent logo and simple but noble background in beige – brown & black – gold colored design elements support the outstanding characteristic flavors of each masterpiece. 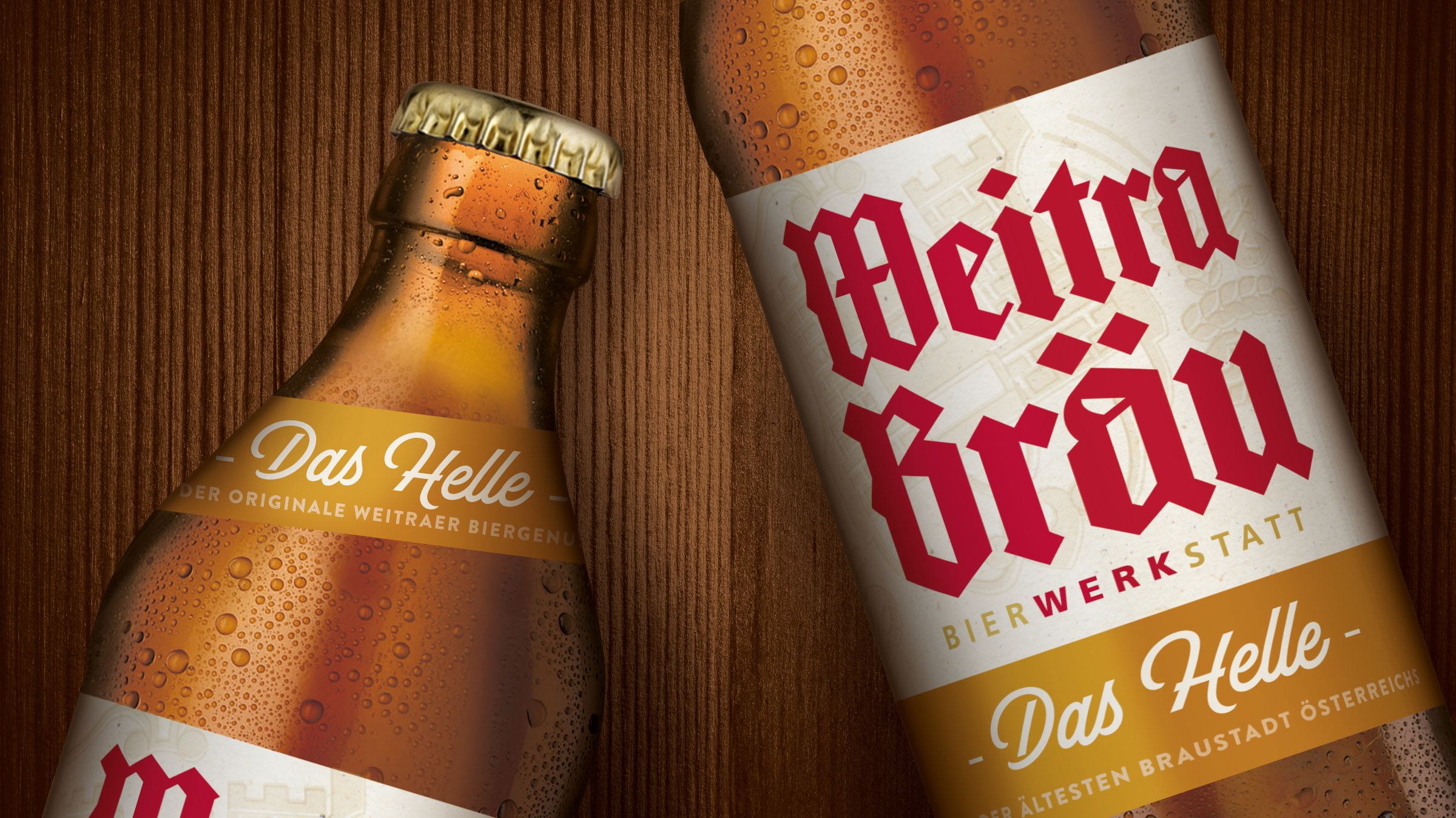 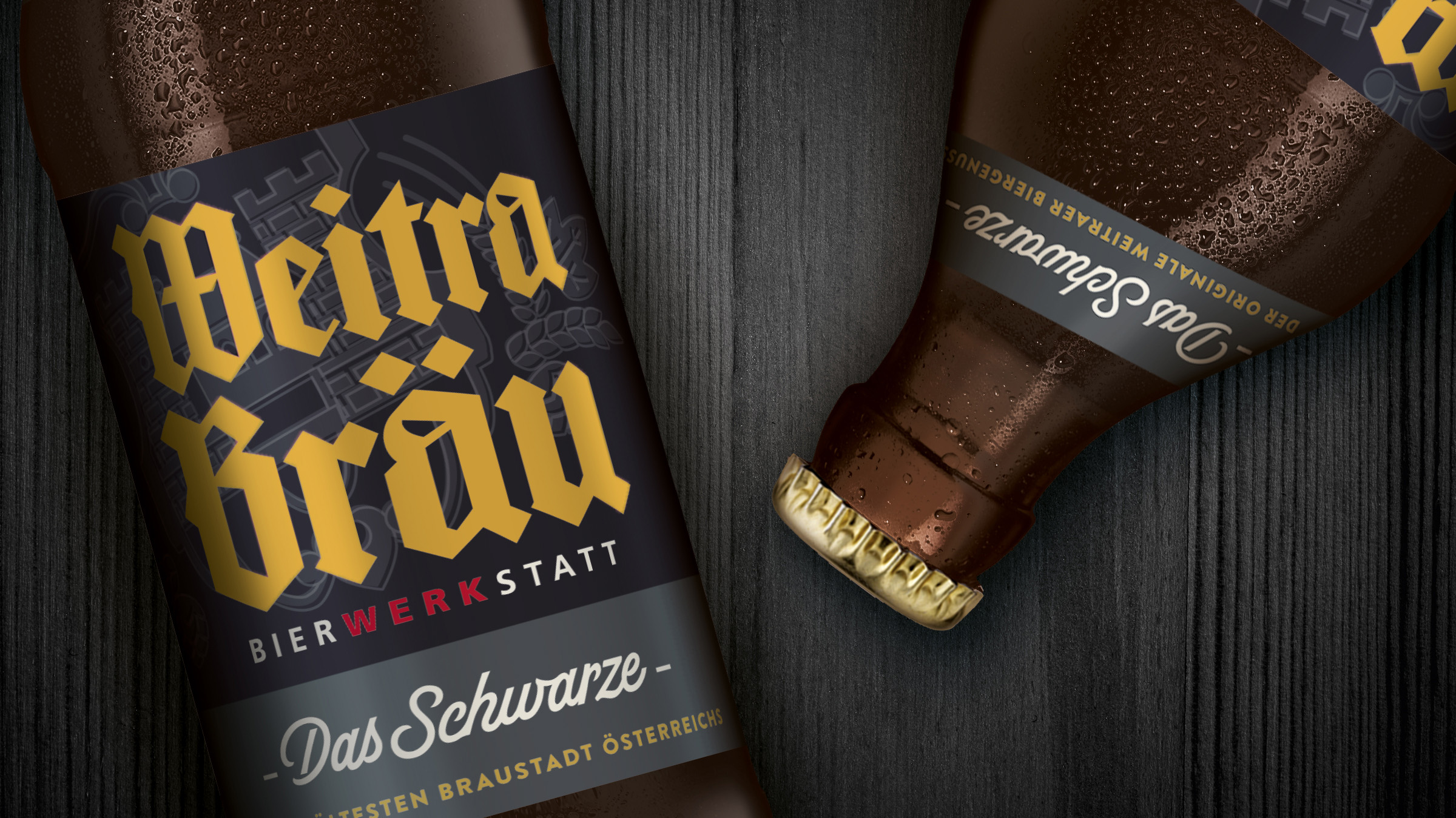 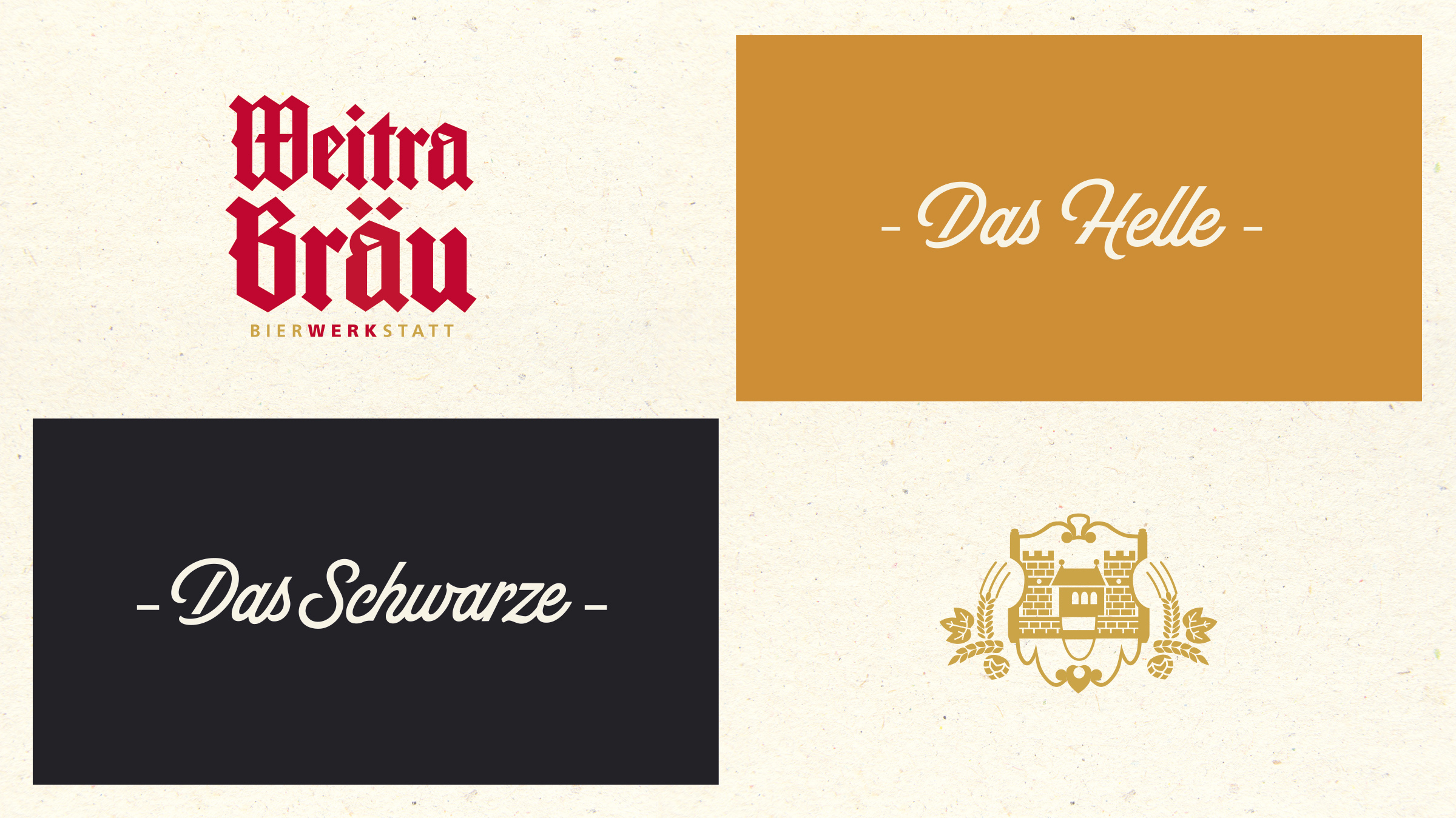 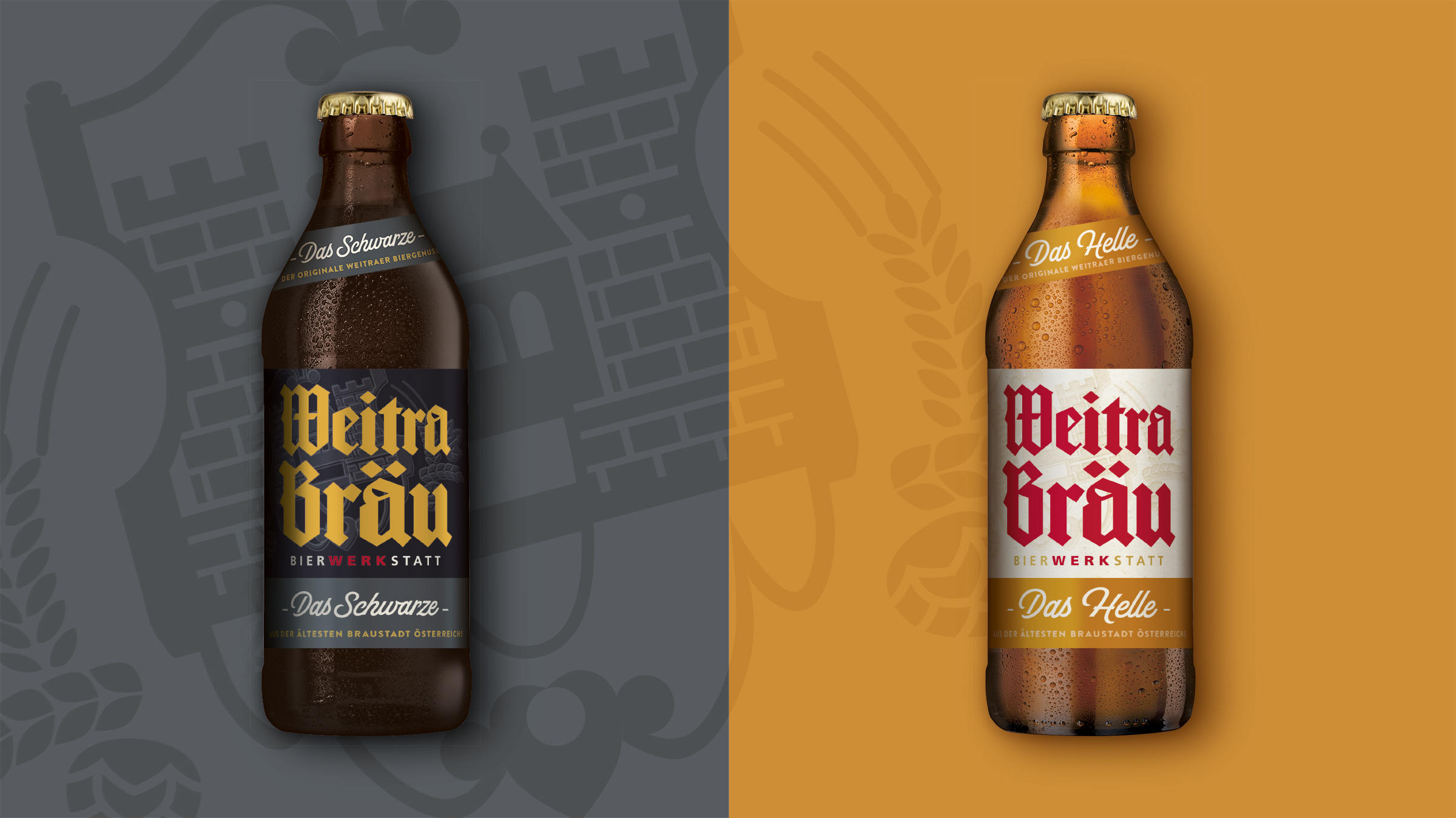