Through the rectangular format of the large vertical windows present in the building, a set of uppercase characters was designed following the proportions of these same windows.These characters, characterised by their geometric and by their robustness present in the strong weights, are accompanied by a dot to give origin to the logo of the Avenida Café-Concerto. This point, which is also a reference to the building’s façade, presents small circular windows in the same façade as the vertical rectangular windows.

Avenida Café-Concerto is not just an abstract entity or a cultural space with a performance hall; Avenida Café-Concerto is also the group of all the artists, performances, exhibitions, interventions and people that enter through its doors. It’s from this idea, of a space made by what happens and by who goes there, that the concept for the developed visual identity emerges, making these elements an important part of its own visual identity as well.

The logo developed as part of this identity varies between “AV.” and “AVENIDA*” through a body that expands and condenses.  It can be seen as a window to what happens at Avenida Café-Concerto, to communicate and give visibility to what happens inside its doors.  The identity system was developed with the purpose of being easily applicable and allowing the necessary freedom to communicate information of the most varied spectrum and that often has its own very striking identity. This feature was seen as a necessity due to the diversity of events that pass through the establishment and need to be communicated. In this way, due to its neutrality, the visual identity system is designed to exist in harmony with the identity of what is to be communicated, almost in a symbiotic relationship between the two. 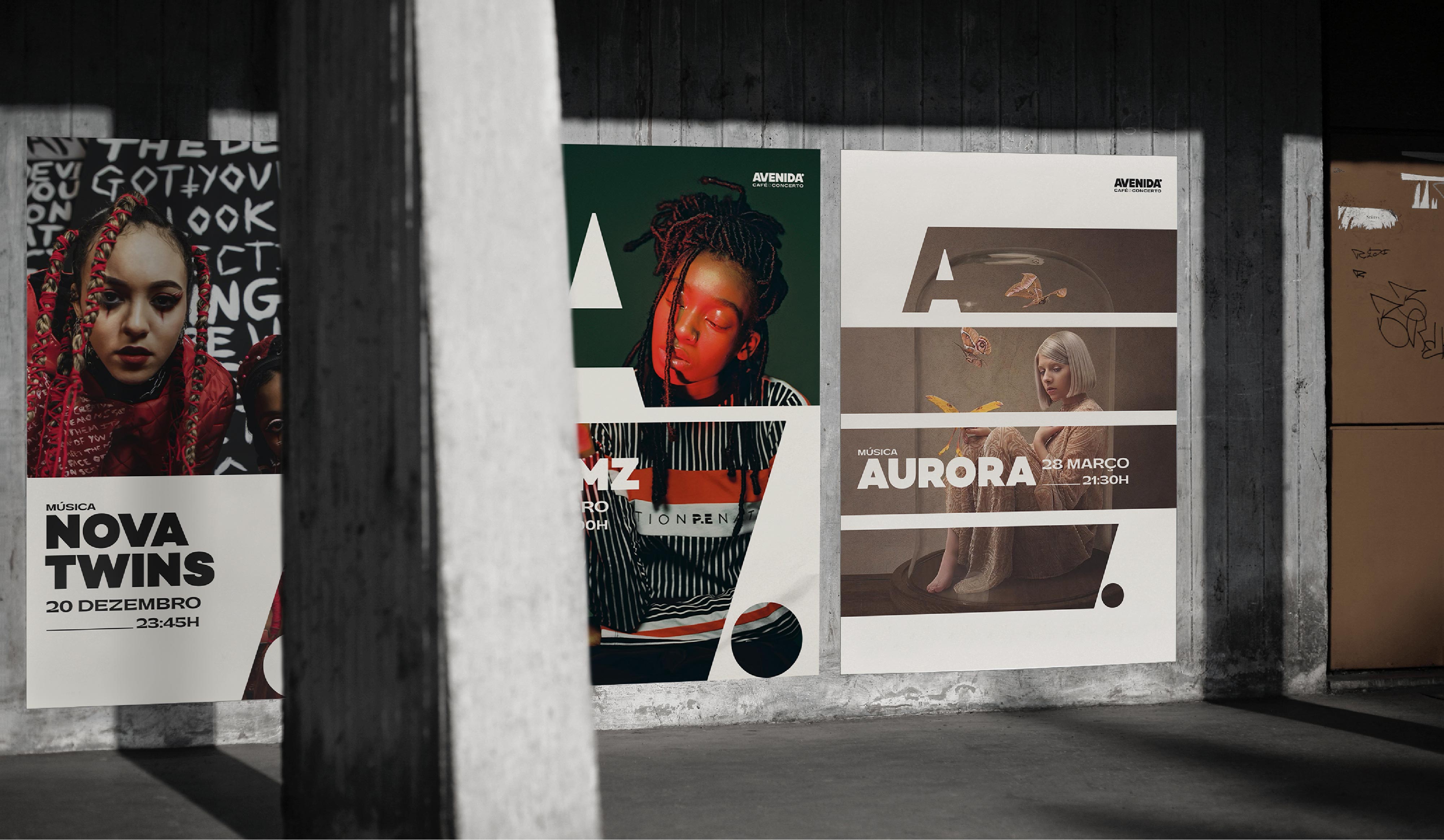 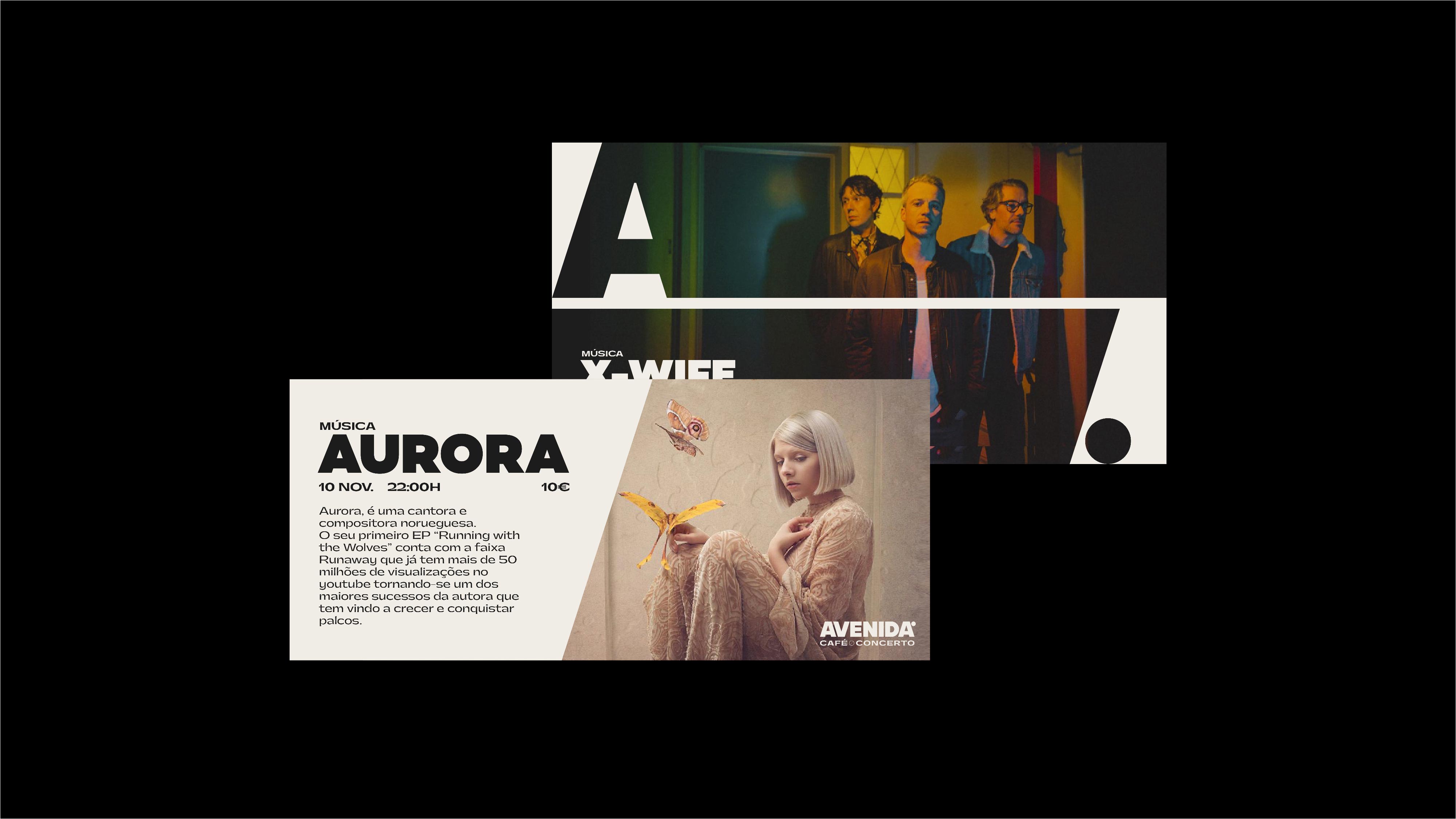 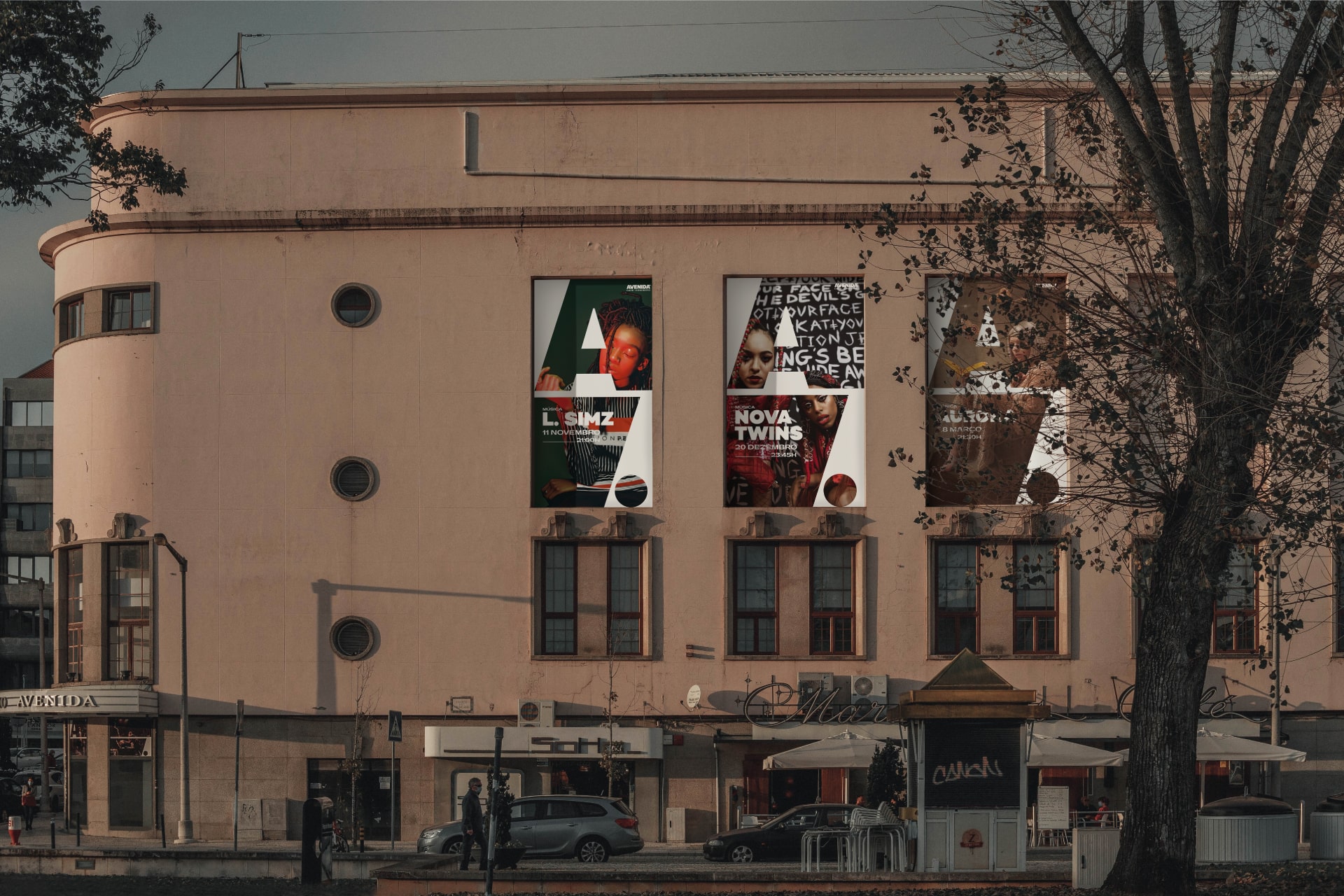 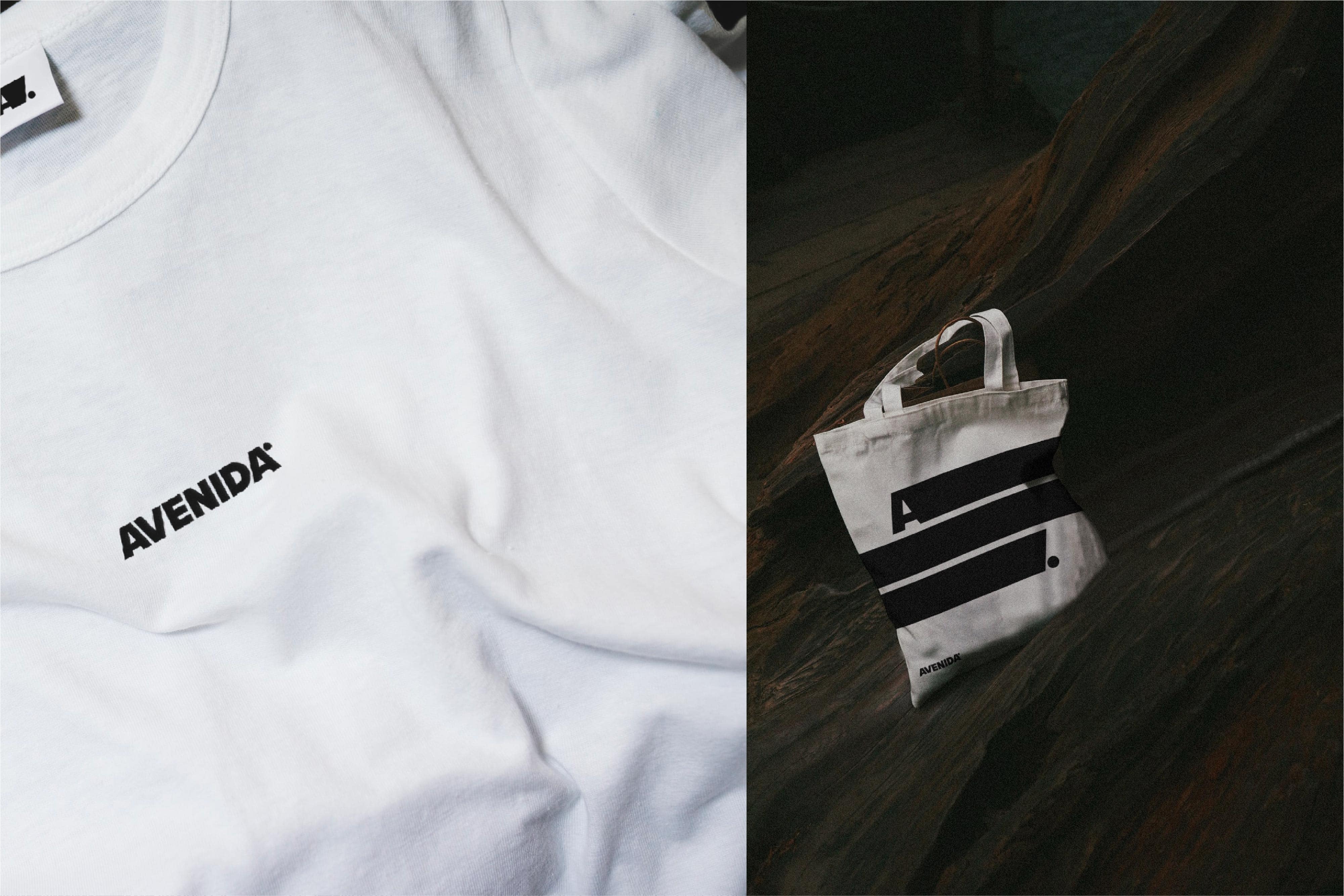 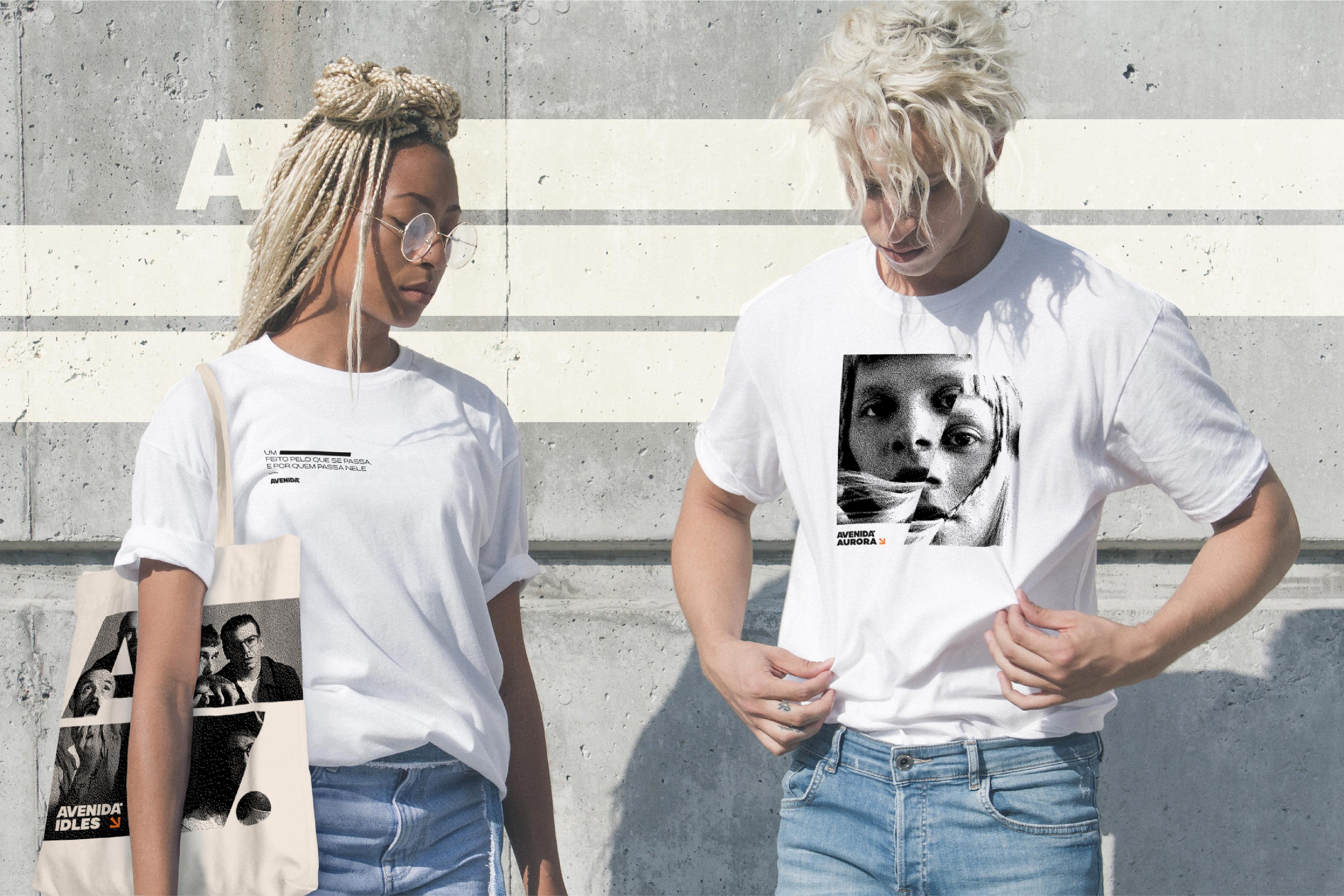